Both known for their knack for transforming Chinese cultural symbols into unique and modern designs, cheongsam designer Goh Lai Chan (Laichan) and jewellery designer Carolyn Kan (Carrie K) would seem like a style match made in heaven.

But it was only recently that both local design veterans teamed up for the first time to create a capsule collection of “untraditional cheongsam, and pearl and jade Fu collection jewellery “. 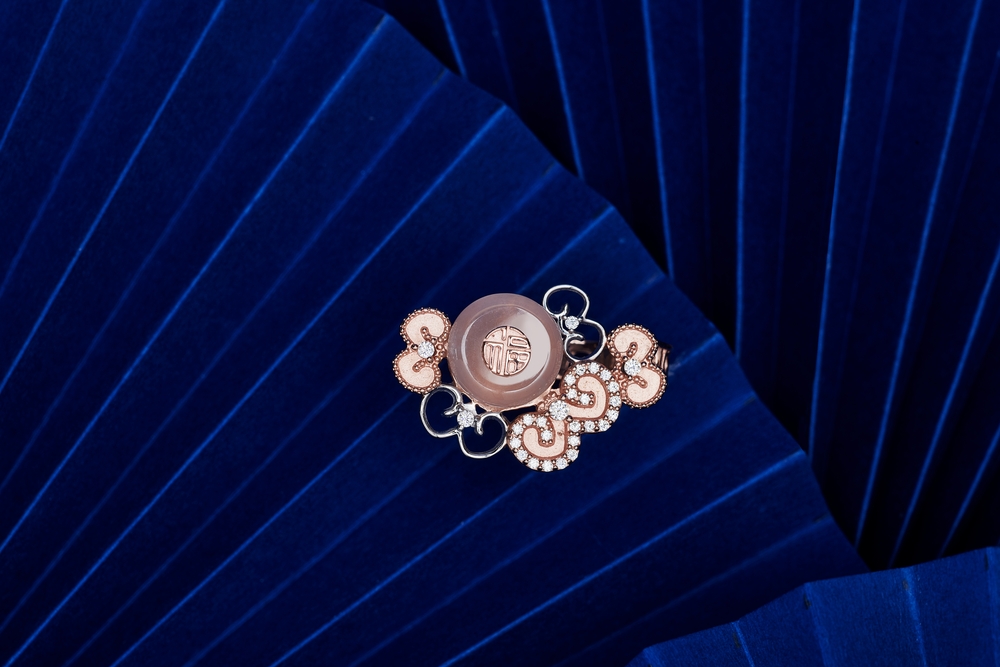 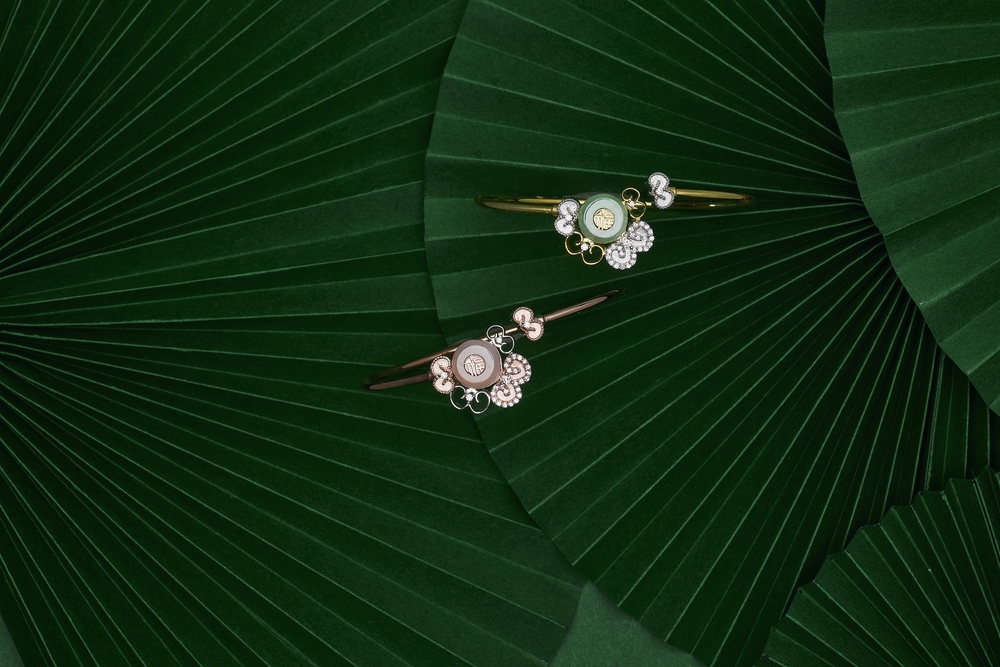 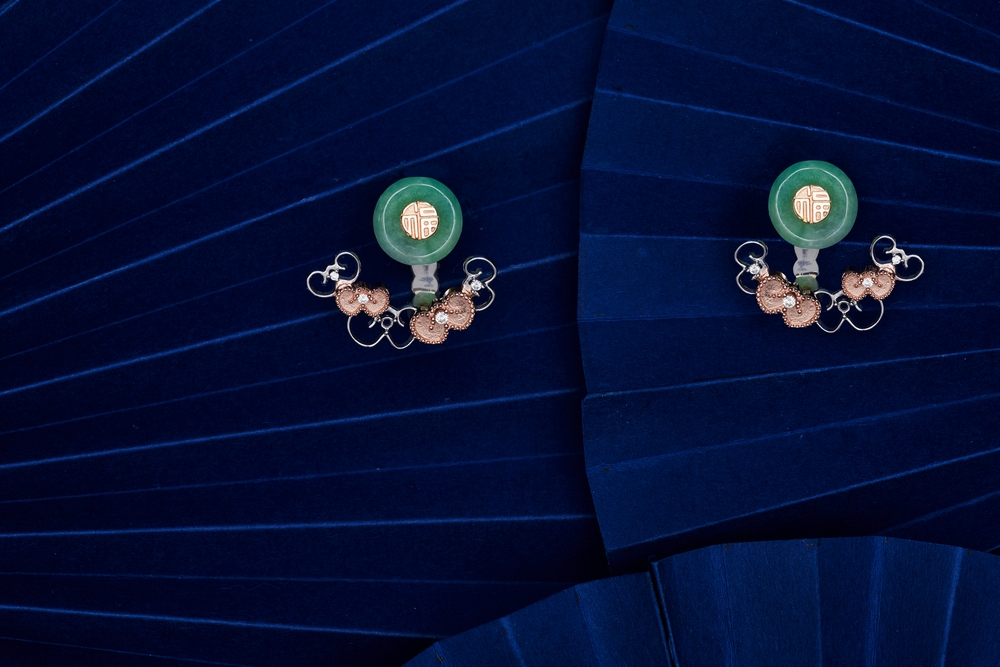 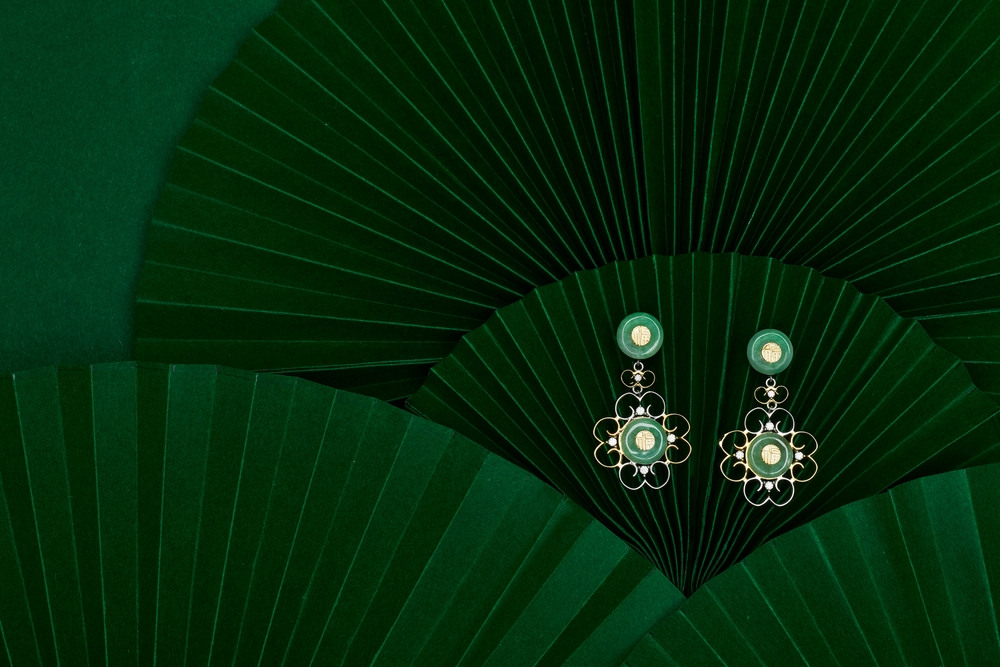 Comprising seven cheongsam designs and six pieces of jewellery that allow for a multitude of styling options — a Carrie K signature — the collection offers reinterpretations of traditional Chinese symbols: the phoenix, and the five bats that represent the popular festive greeting wu fu lin men.

The Chinese phrase refers to the five blessings of health, wealth, longevity, virtue and the peace of mind of having lived a good life.

In a prerecorded video chat with Goh, Kan shares, “(We had) the idea of telling the story of wu fu lin men because during Chinese New Year, everybody says it, but nobody knows what it means. I thought it was really important to have that story in the pieces and hopefully our culture, our heritage will get passed on from generation to generation.” 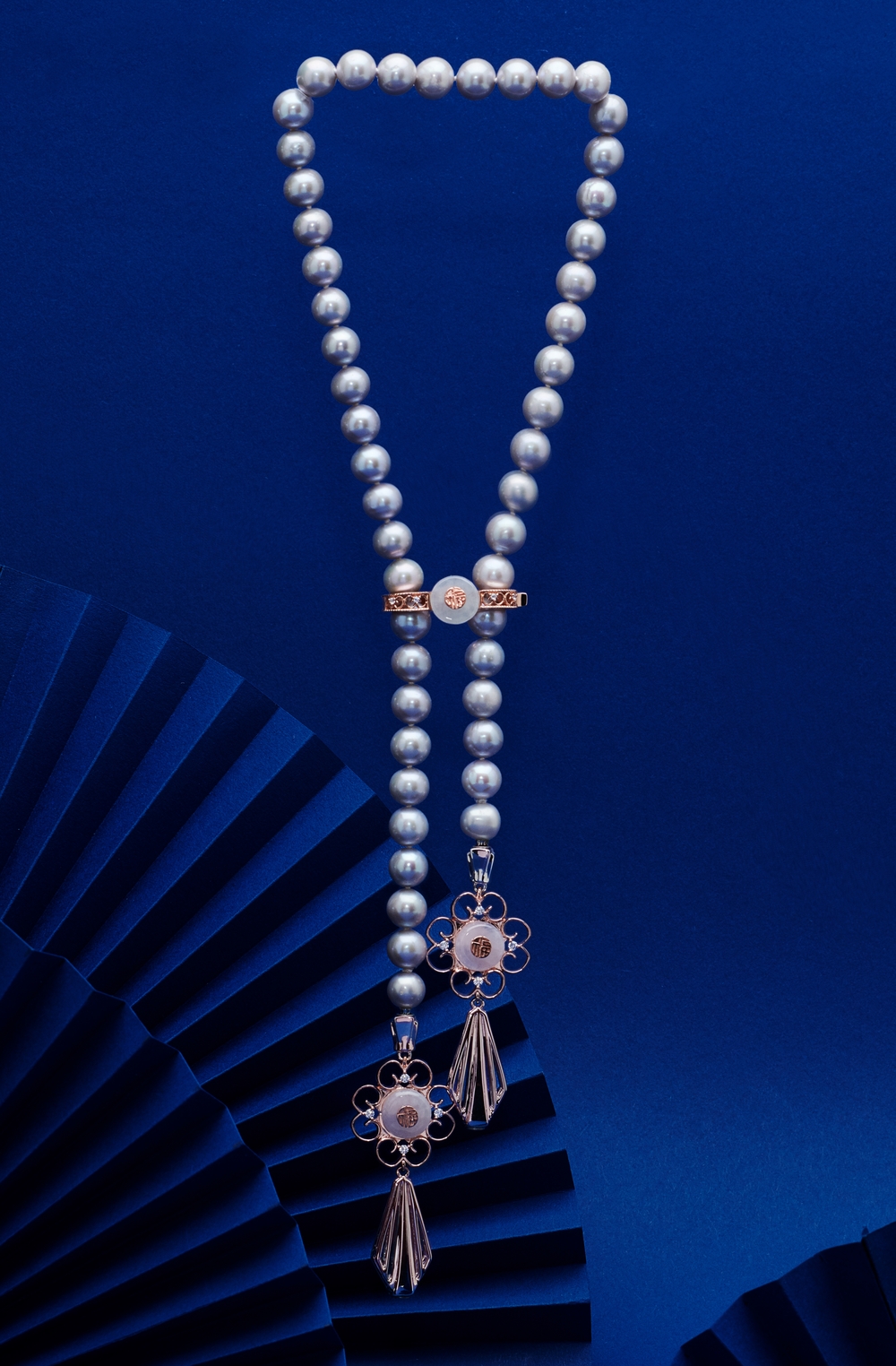 In the jewellery collection, the five bats are represented by abstract, cloud-like outlines that give the pieces a graphic quality. Kan humorously adds that she chose to use pearls and jade because she wanted to breathe new life into what are often thought of as “grandma gemstones”.

The range comprises earrings (including studs that can be worn alone or with an elongated ear jacket), rings, bangles, and connectors and clips that can be added to existing necklaces. Priced between $1,300 to $1,980, they are made from 14K gold and set with diamonds, and hand-polished Type A ice jade or green jade.

While there will be ready pieces that clients can avail themselves of in time for Chinese New Year, the collection also includes custom-made pieces, such as a Phoenix pendant connector that can be customised in 14K or 18K gold, which will require three months’ lead time. 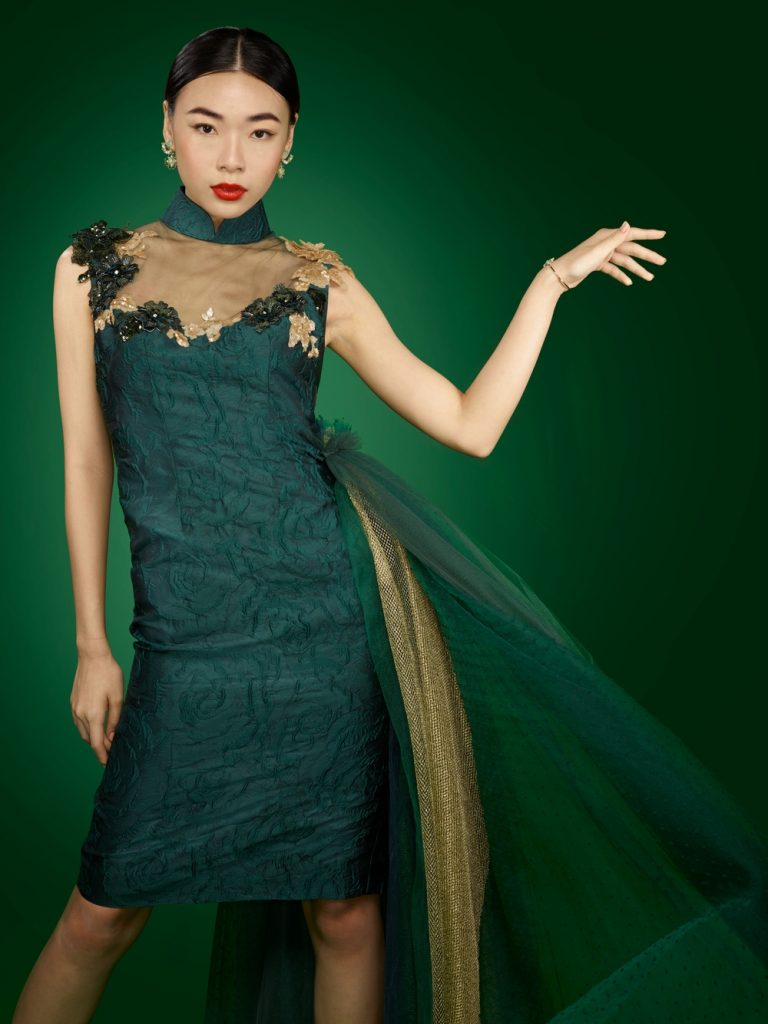 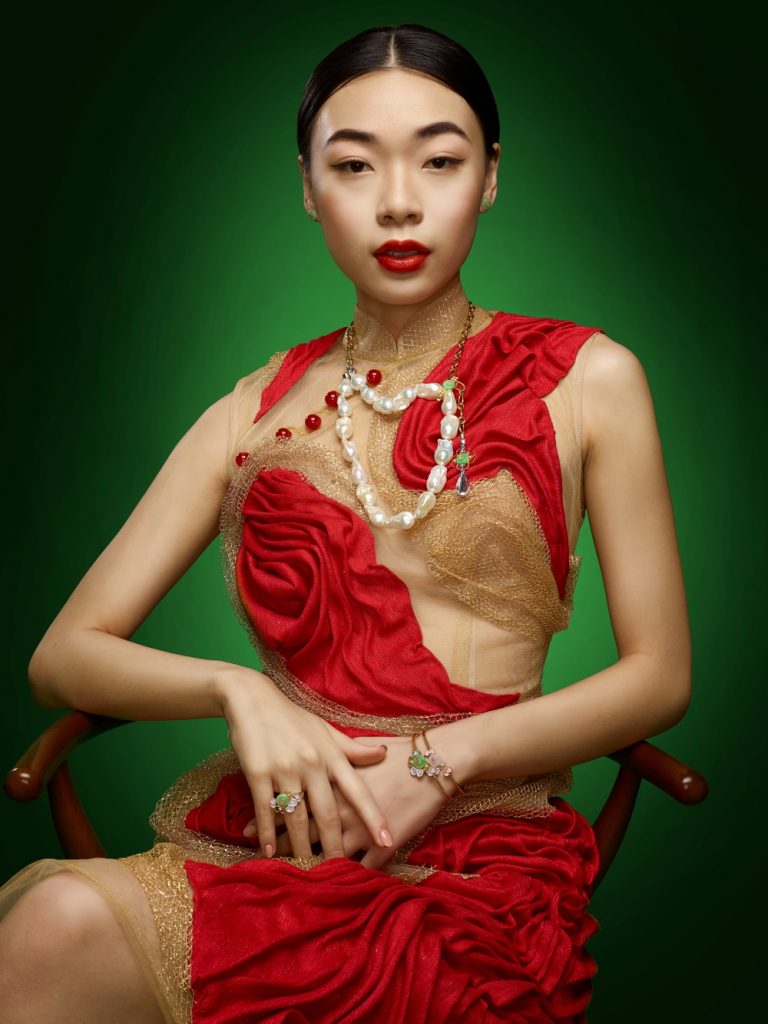 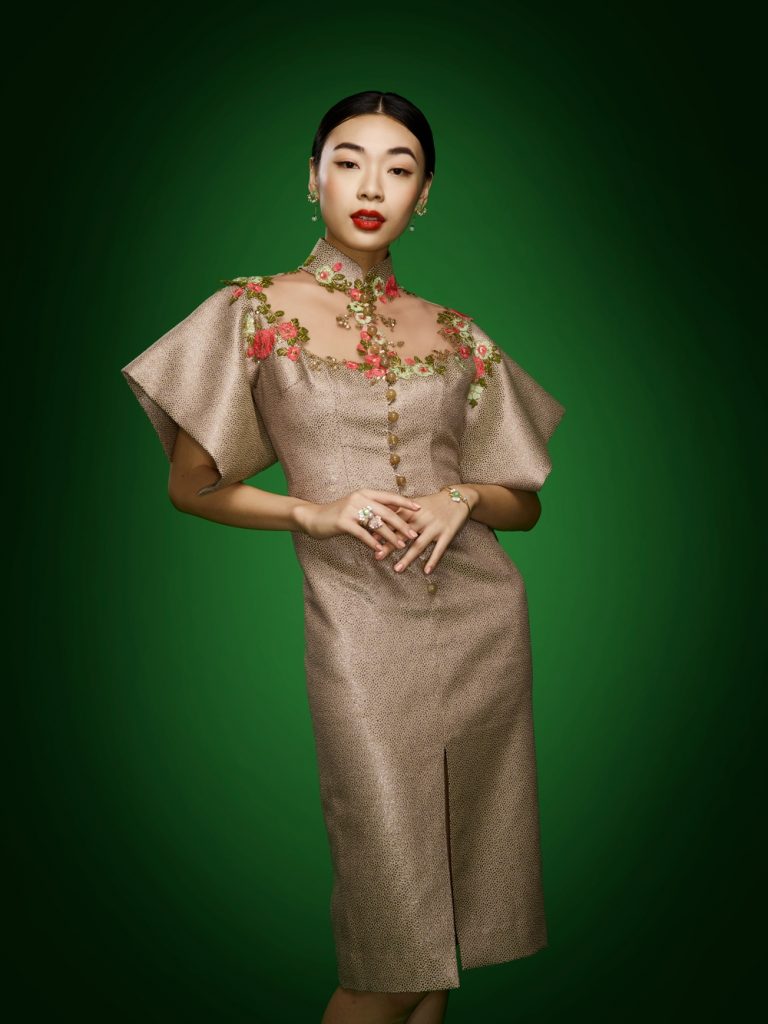 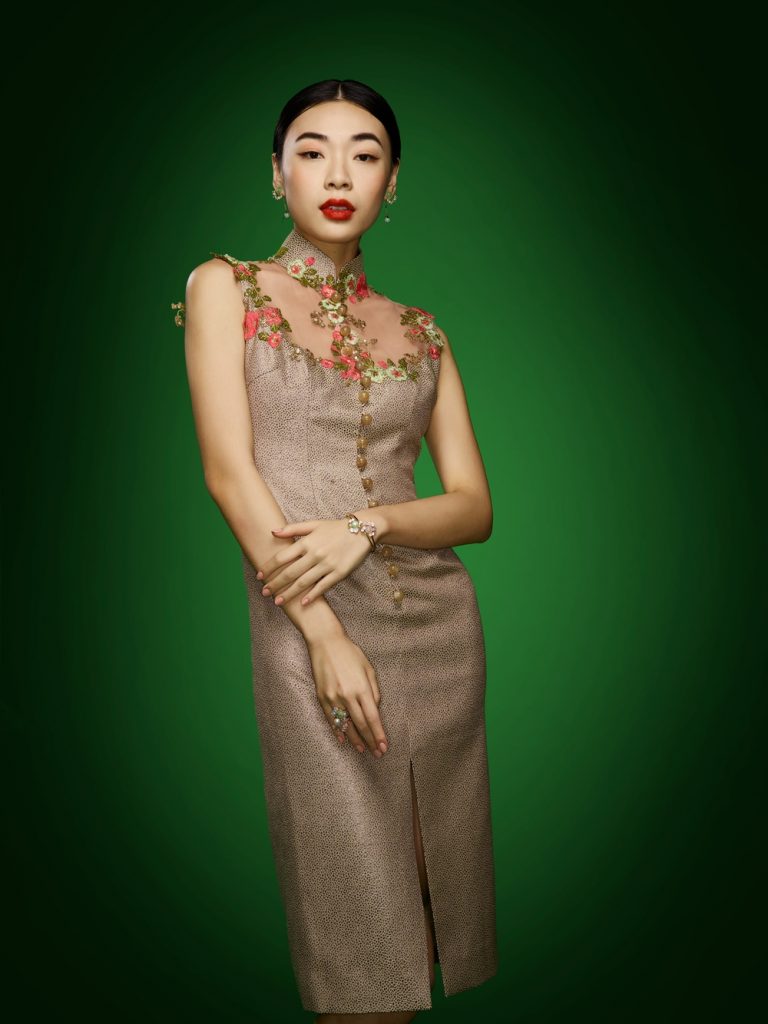 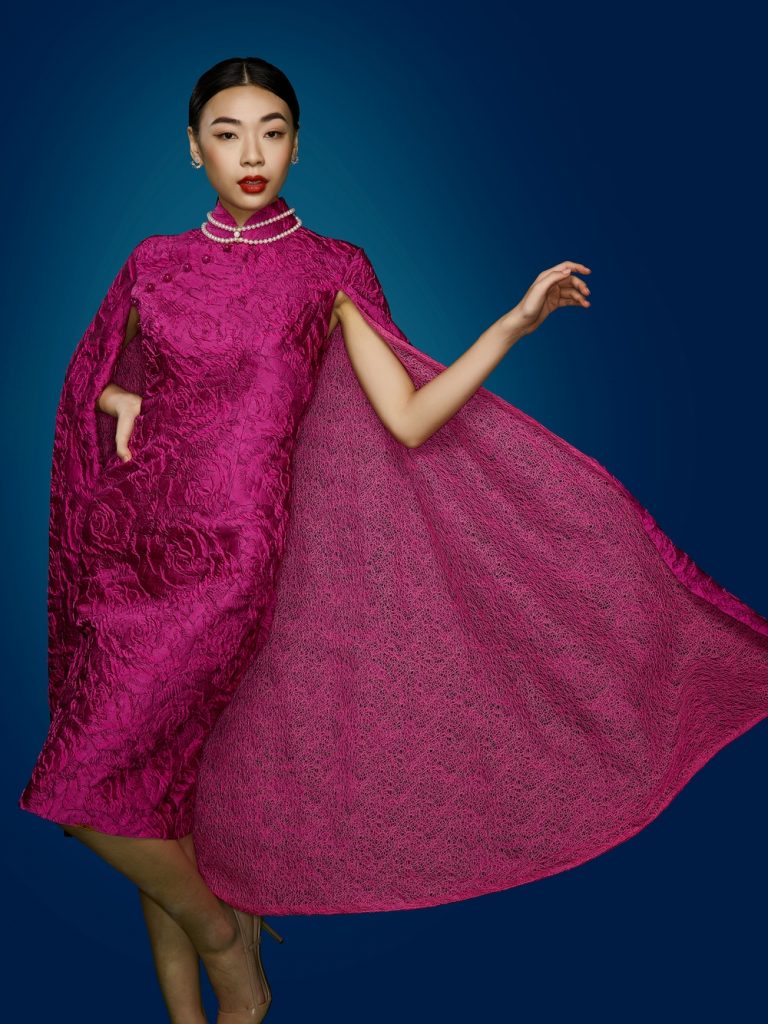 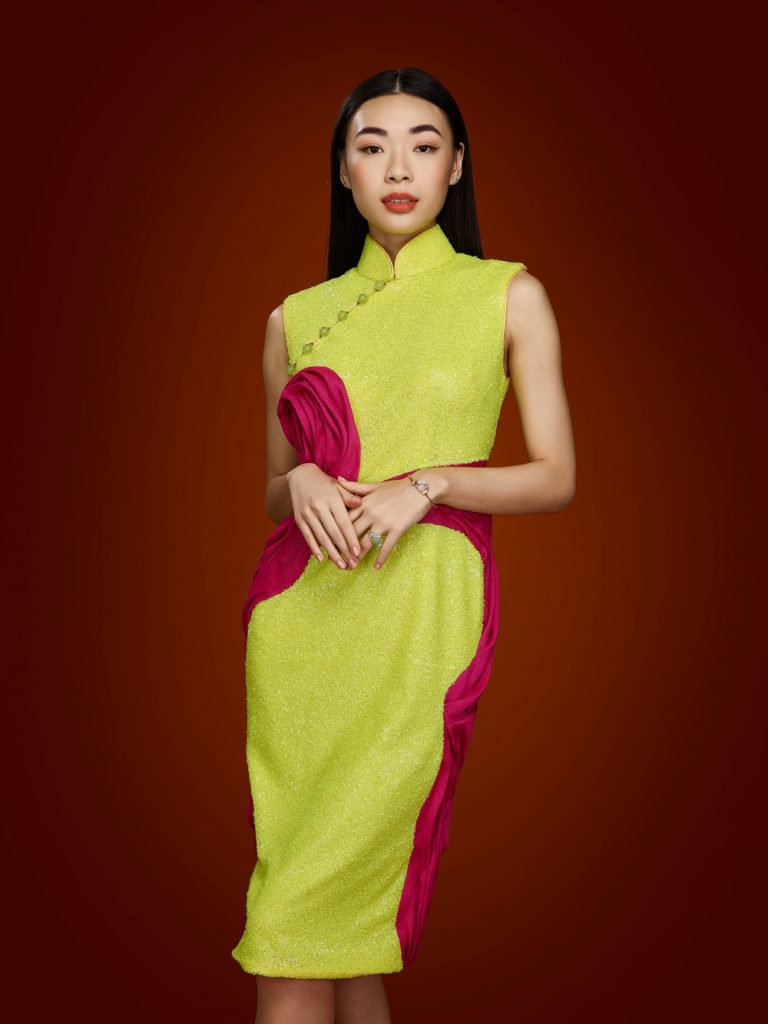 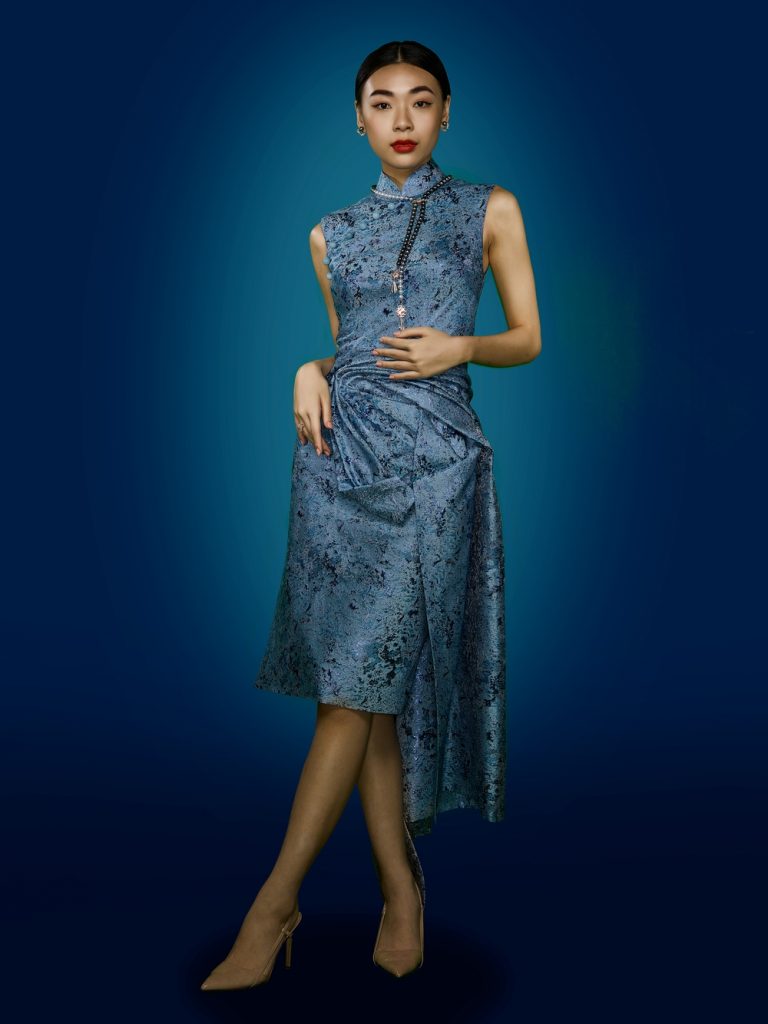 For his cheongsam designs, Goh took his cues from the phoenix because he wants the wearers of these pieces to feel like they “have this new rebirth every day”. Here, inspiration is more abstract and takes the form of luxurious fabrics and flamboyant details such as detachable sleeves and hand-embroidered accents.

The cheongsam are priced between $3,880 and $5,880, and will require two to three months to make. While it is a little late to order one in time for Chinese New Year, there’s nothing to stop you from wearing these modern designs for any other special occasion.

This article was first published in thepeakmagazine.