You can be assured that you’ll be in good hands at Maetomo’s namesake restaurant.

A decorated chef himself, Akihiro Maetomo paid his dues working at various restaurants (earning them Michelin stars) then was appointed VIP’s head chef at Singapore’s F1 Grand Prix in 2012.

As a purveyor of quality Japanese produce, he’s been recognised by the Ministry of Agriculture of Japan as a goodwill ambassador of the cuisine.

He takes charge of the kaiseki counter in a dramatically lit moody dining room at the end of the walkway, where guests can opt for either a Standard, Special or Premium kaiseki.

A new addition is the second dining room; a curved chamber cloaked in wood with seats arranged in an almost amphitheatre-like fashion along the counter.

It is where we get a taste of chef Shingenori Miyata’s (who’s also new to the team) exhaustive Omakase Sushi Course — a 22-course journey that’ll take you at least three hours to complete. 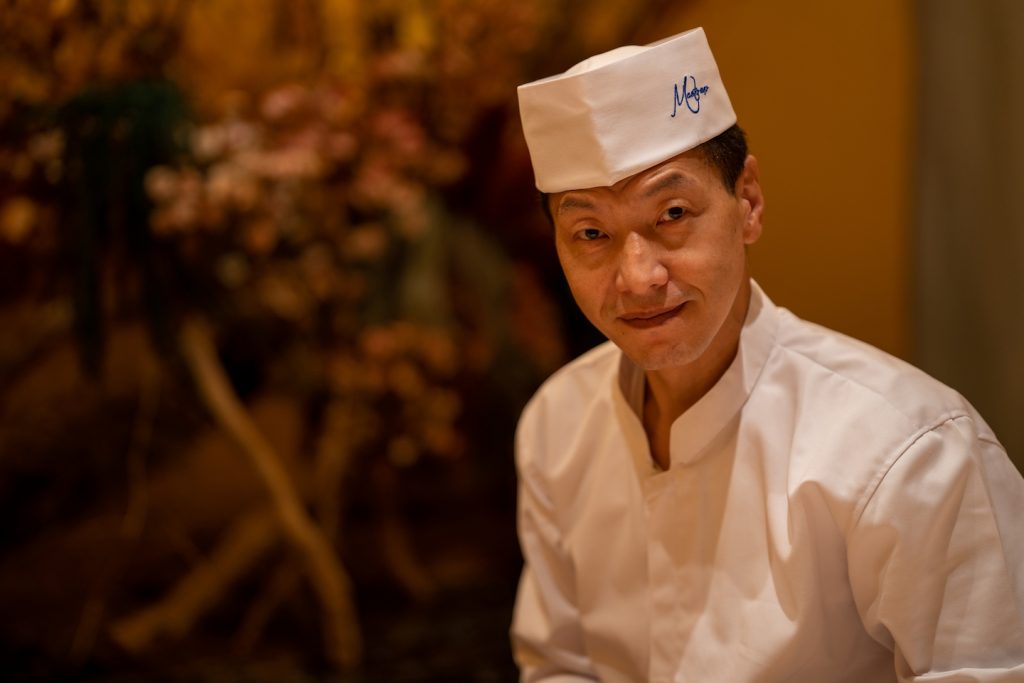 Not that there’ll be anything to whinge about.

With 37 years of experience, and help from sushi chef Felix who’s also as experienced, Miyata plies us with picturesque autumnal compositions on painted and silver plates.

The second course of a female snow crab from Hyogo is a three-layered stack of tender crab meat over a bed of dark orange roe that pop in small explosions on the tongue with each bite.

Manager and sommelier, Florence Rozario, pours us the Nabeshima Junmai Harvest Moon, a fruity sake that is produced (and named) according to the new moon.

Once finished, there won’t be another like it; an exclusivity that gets it a place on the growing list of unique and sought-after sakes on the menu here.

Majority of the menu comprises edomae sushi, of which Miyata is an expert at. He’s even got two types of shari, one made using white vinegar and the other using a more robust red vinegar, to go with impeccably-cut slices of fish.

It’s only in the second wave of sushi served that red vinegar shari is used to pad slices of kinmedai, a silver skinned sanma, and the marbled otoro.

Although he clearly is in his element when it comes to classic sushi, he also has plenty of surprises to offer.

There’s the Osaka sushi or oshizushi, a pressed oblong of rice molded in a box that’s covered in pickled mackerel from Aomori (fish that’s traditionally used for this) and sea eel.

Whereas the Black Abalone from Yamaguchi announces its arrival as a subtle smoky fragrance fills the room, an unexpected aroma given the dish’s muted flavours as the shellfish is only very lightly seasoned and cooked in a kombu dashi.

It’s imperative that you leave some space for the final wave of sushi as Miyata saves the best for last. That well-marbled otoro shows up at the end as does the obligatory uni and salmon roe sushi bowl.

ALSO READ: Worth it or not? We tried an $88++ omakase to treat ourselves with premium A4 Miyazaki striploin and a sashimi 'ice cream' 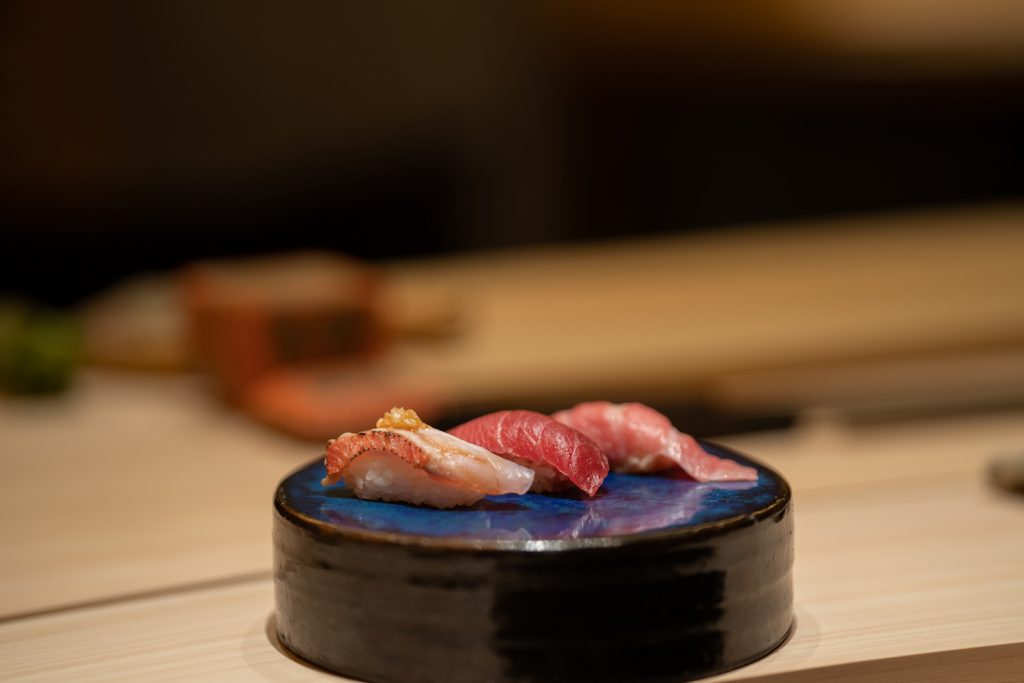