As Jaguar’s smallest and least expensive SUV, the E-Pace was supposed to be the brand’s volume seller. It’s the “baby” of the lineup, it even has cute jaguar cub motifs on the windscreen and puddle lamps.

But while the E-Pace isn’t a rare sight on Singapore roads, it is not as common as rivals such as the Volvo XC40 , BMW X1 or Audi Q3.

To be fair, the E-Pace is Jaguar’s first attempt at a compact SUV, so perhaps awareness is relatively low. However, the previous (pre-facelift) model also had a few flaws.

It was a bit rough around the edges. The interior, for instance, did not feel as atas as expected. And the turbocharged 2-litre engine, though not lacking in power, was short on refinement.

An update was clearly in order. And going by the improvements to the F-Pace SUV and F-Type coupe , the E-Pace is going to be more appealing than before. 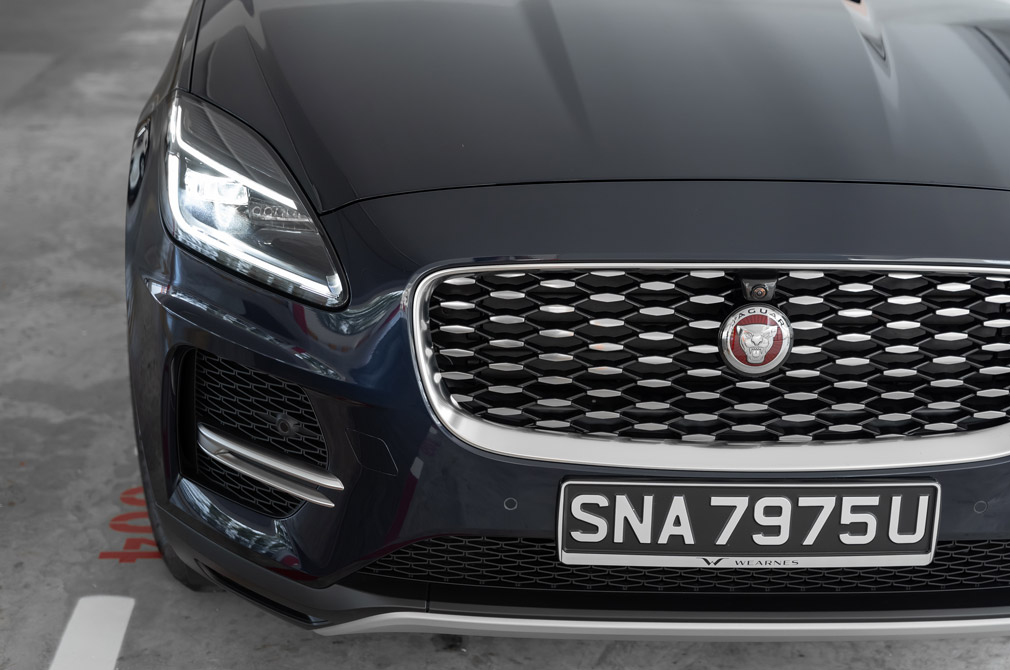 The Jaguar E-Pace looks sleeker than before, with a wider grille featuring a new mesh design and chrome surround. There are new LED headlights and animated directional indicators. Jaguar’s “leaper” has been added to the front fenders as well.

The tail-lights are now full LEDs, while the bumper gets horizontal “blade finishers”, which are inspired by the I-Pace. Like other Jaguar models, the tail-lights also feature the chicane graphic for a dynamic touch.

Complementing the more modern exterior is the swankier interior, which feels a lot more premium than the pre-facelift model. Indeed, just like in the updated F-Pace, the initial impressions of the materials used here are that they are softer and of a higher quality.

Even more noticeable are the new digital instrument panel – which replaces the analogue cluster – and Pivi Pro infotainment system, whose 11.4-inch touchscreen dominates the dashboard. 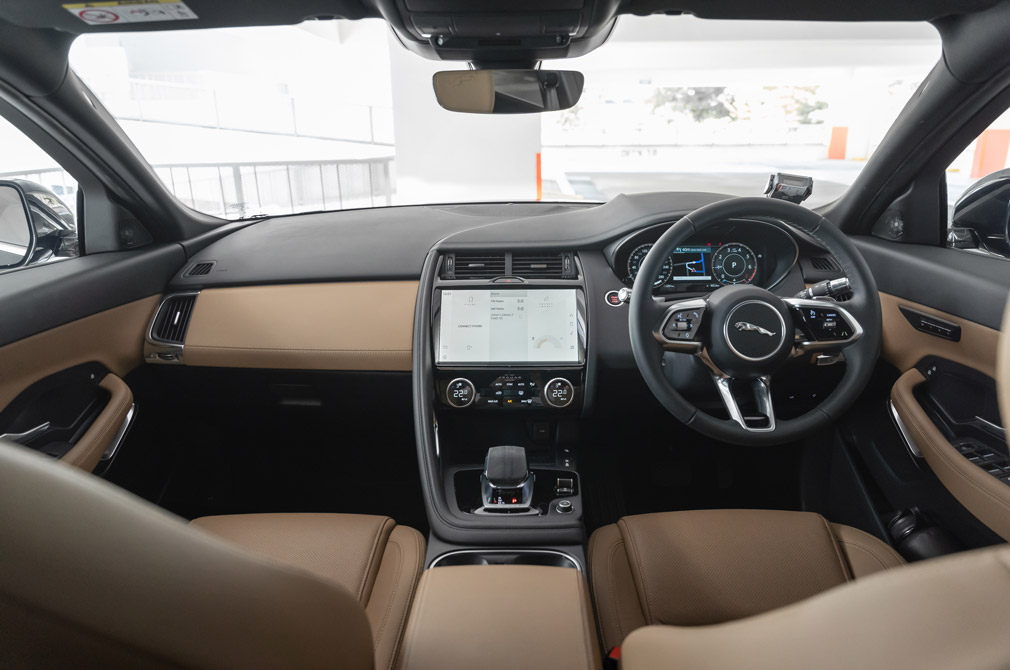 The E-Pace’s Pivi Pro system is quite intuitive, even for first-time users. As long as you have a smartphone (and who doesn’t these days), it’s relatively easy to get the hang of.

And unlike other carmakers, Jaguar has retained physical controls for the stop-start function, climate, and drive mode selector.

ALSO READ: Jaguar F-Pace review — a 'Jag' of all trades

Even if it had incorporated them into the infotainment (this can complicate things), the system’s near-instant loading time would ensure you had immediate access to these functions when the E-Pace is started.

Also helping you access functions is the new steering wheel. Technically it’s not new – it’s the same one used in the all-electric I-Pace that has been finding its way into other facelifted Jaguar models. 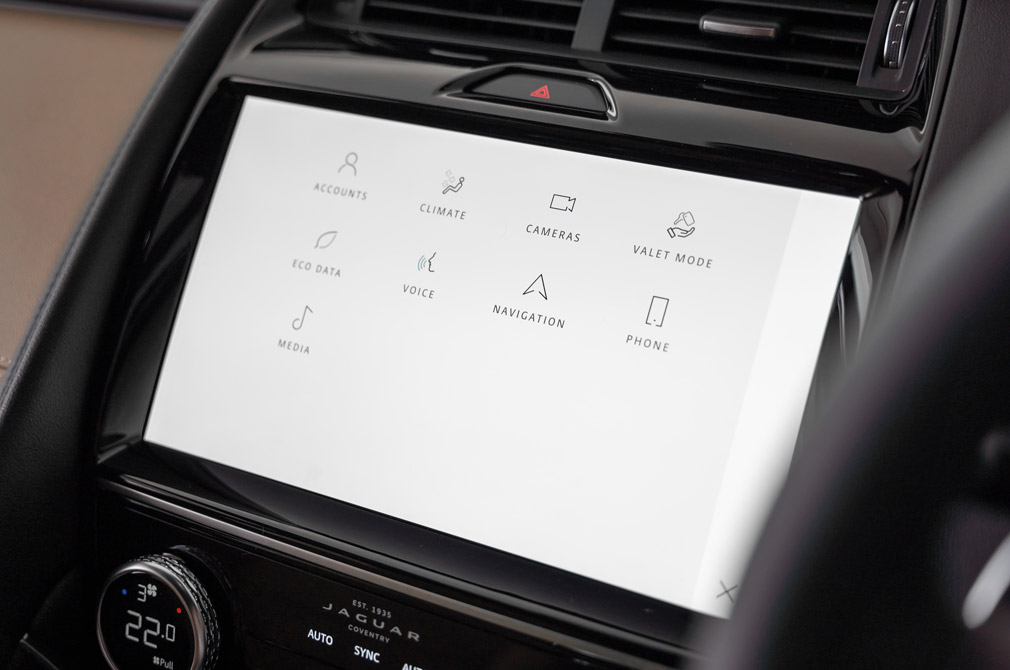 The drop in power has resulted in the century sprint time increasing from 7 seconds to 9 seconds.

But don’t knock the downsizing exercise just yet, for while the E-Pace is slower, it has also gotten more efficient. Jaguar claims an average of 14.9km/L, a 2km/L improvement over the larger motor. 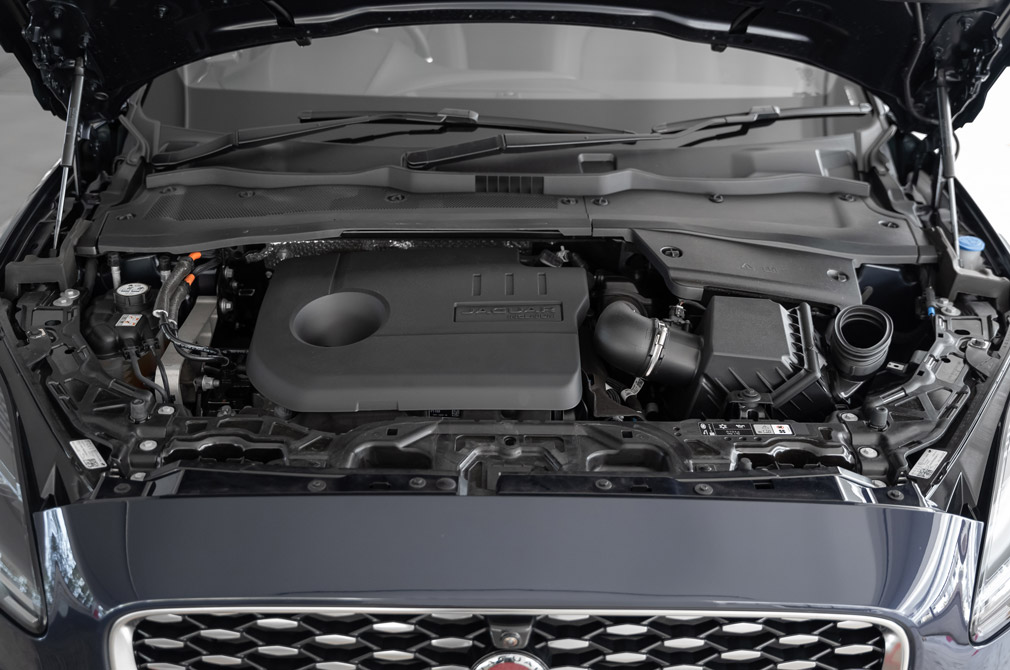 The real surprise here is that the 3-pot is surprisingly more refined than the bigger 2-litre unit. If you think all 3-cylinder engines are rough and loud, the smoothness and silence of this one could change your mind.

On the go, the quieter performance gives the E-Pace the silkiness its predecessor should have had all along.

Now, while the luxe feel is good, the large-SUV feel won’t be to everyone’s liking. Having the E-Pace feel bigger than it is can create the impression that is closer to its larger (and more expensive) F-Pace sibling.

I think the E-Pace should feel smaller than its size, which is how the bigger F-Pace feels. Instead of being manoeuvrable, the E-Pace feels tall and tends to lean around corners. It also feels big in carparks.

Has the E-Pace grown up? 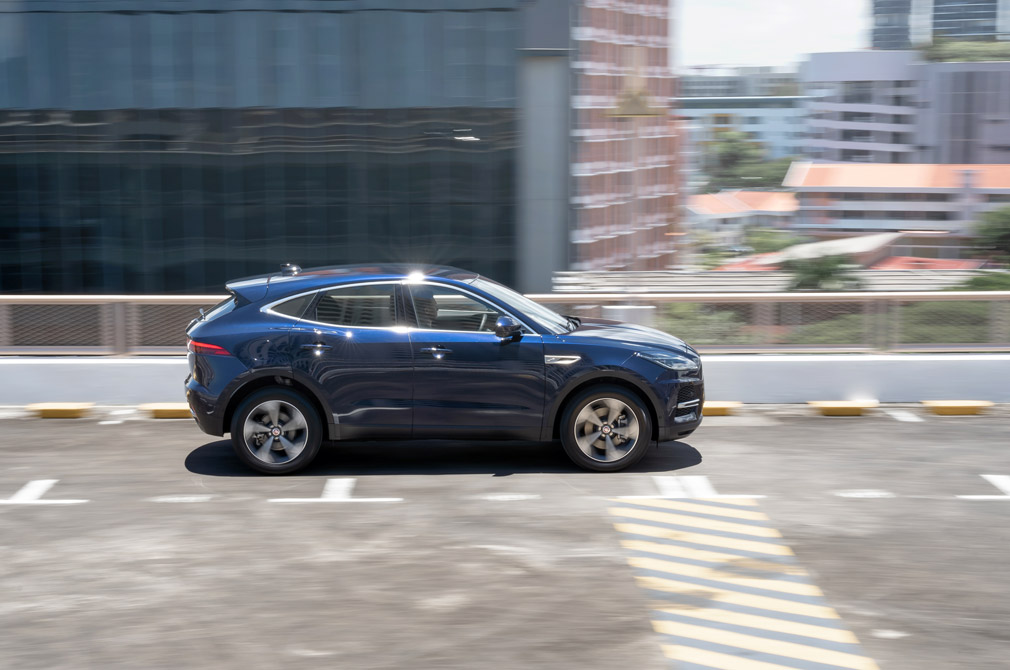 The tweaks to the E-Pace and upgrades to its interior and equipment have given it the premium feel the older model lacked. And the new mild hybrid drivetrain has helped refine the car’s character, too.

However, two things still bug me: the lag in engine braking and the big-car feel.

The former is palpable whenever you lift off the accelerator. Unlike in most cars, the E-Pace continues rolling further before it finally slows down. Until you get used to mitigating this, driving in moderate traffic will have you stepping on the brakes more often than anticipated.

Then there’s the big-car feel, which is not for everyone. But if this gives you more confidence behind the wheel, then it’s something you’ll appreciate over time.

All told, the redesign, extensive upgrades and downsizing, have worked in the E-Pace’s favour. It’s still a cub, but the good news is that it has found its feet. 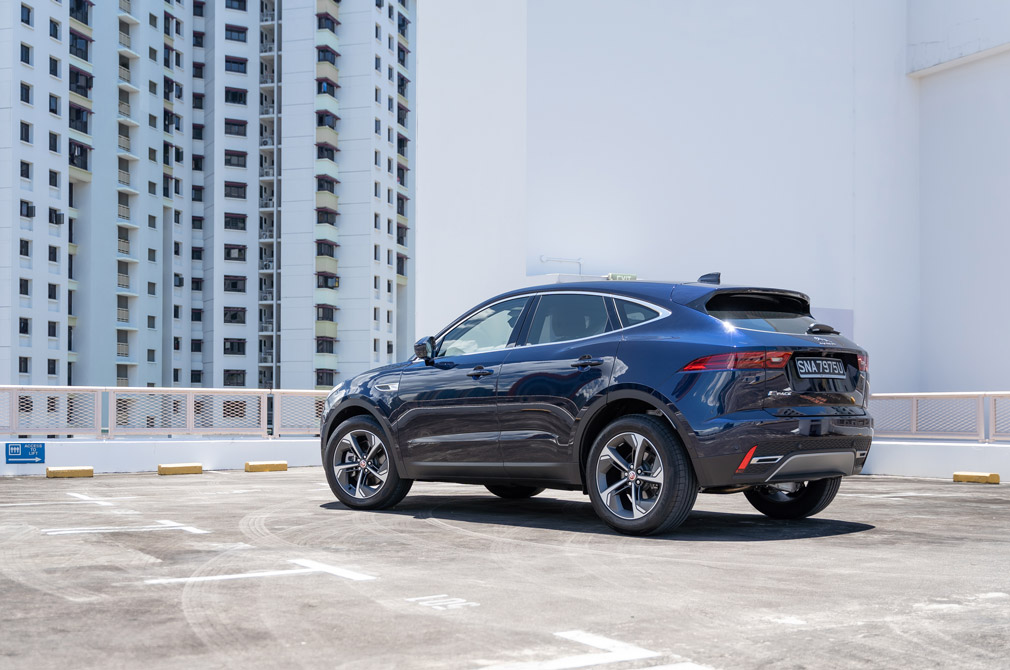 Electric and hybrid vehiclesCarsLifestyle
Share this article
This website is best viewed using the latest versions of web browsers.