Inside Inveraray Castle in Scotland, of A Very British Scandal and Downton Abbey fame Inveraray Castle in Scotland, which featured in A Very British Scandal and, in 2012, Downton Abbey, as the fictional Duneagle Castle.
South China Morning Post

It was love at first sight when glamorous Margaret Sweeny, the future Duchess of Argyll, set eyes on Inveraray Castle, in western Scotland.

This was understandable, despite the castle’s neglected state, given the romantic-looking conical roofed turrets and glorious position in vast parkland edging Loch Fyne.

Rich and spoilt Margaret, debutante of the year in 1930 and the “Mrs Sweeny” namechecked in the Cole Porter song You’re the Top (1934), is said to have become enamoured with restoring the castle inherited by her married lover, Ian Campbell, the 11th Duke of Argyll.

In the new BBC and Amazon Studios drama series A Very British Scandal, Ian is depicted taking Margaret (played by Claire Foy) to Inveraray and dismissing it as “a plague pit” and “a pile”. But Margaret responds: “You didn’t tell me it was so beautiful. It just needs love and attention.”

And that’s what Margaret gave it, investing a small fortune in restoring the building, money from her self-made millionaire father George Whigham.

There was not to be a happy ending for the couple, who married in 1951 (his third, her second), however, with eyebrow-raising behaviour from both the duke and duchess, the television drama reveals.

An ugly divorce trial spanned the late 1950s and early ’60s, resulting in Margaret being dubbed “the dirty duchess” on account of her diaries and love letters supposedly showing her promiscuity and infidelity.

That’s not to mention an infamous Polaroid shot showing Margaret, recognisable by her trademark pearl necklace, engaging in a sexual act with a “headless man”, the identity of whom she refused to reveal.

Today there is no mention of Margaret, who died in 1993, on the castle’s website. However, the current duke, Torquhil Campbell, did allow the cast and crew to film at Inveraray, which is about 100km northwest of Glasgow.

“As far as I’m concerned, it’s an important part of our family history,” Campbell told Britain’s Telegraph newspaper. “I’m not sure my grandfather will come out of it in the best light, but what happened, happened.”

The story of Inveraray Castle began well before the 11th duke and “Marg of Arg”. An earlier castle had been built on the site in the 1400s by the Campbells, a clan that dates back to 1260. The existing building was commissioned in 1719 and based on a sketch by John Vanbrugh, who designed tourist favourites Blenheim Palace and Castle Howard, in England. 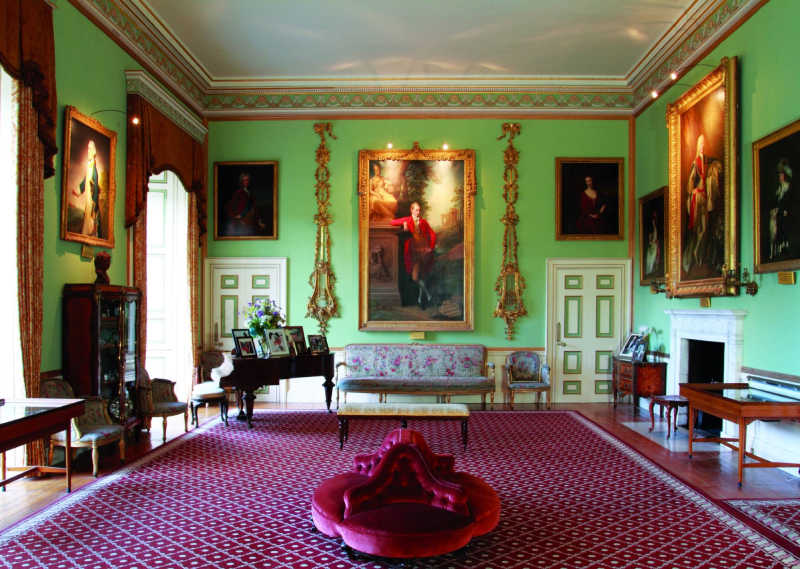 Inveraray town, built mostly between 1772 and 1800, was established primarily for estate workers and most of the properties in the centre are considered worthy of protection for their architectural significance.

Tourist attractions in the town of slightly more than 600 people include the Georgian-era Inveraray Jail history museum, although the main draw is the castle.

Its striking Armoury Hall has the highest ceiling in Scotland and displays of ancient weapons at every turn. Both the State Dining Room and the Tapestry Drawing Room have walls painted by French artists.

Behind a secret door is the China Turret and its collection of Eastern and European porcelain. The relaxing Saloon includes a Gainsborough painting and a grand piano on which songs for the musical My Fair Lady (1964) were composed.

Downton Abbey fans may recognise the building as the fictitious Duneagle Castle from the 2012 Christmas special, currently streaming on Amazon Prime. 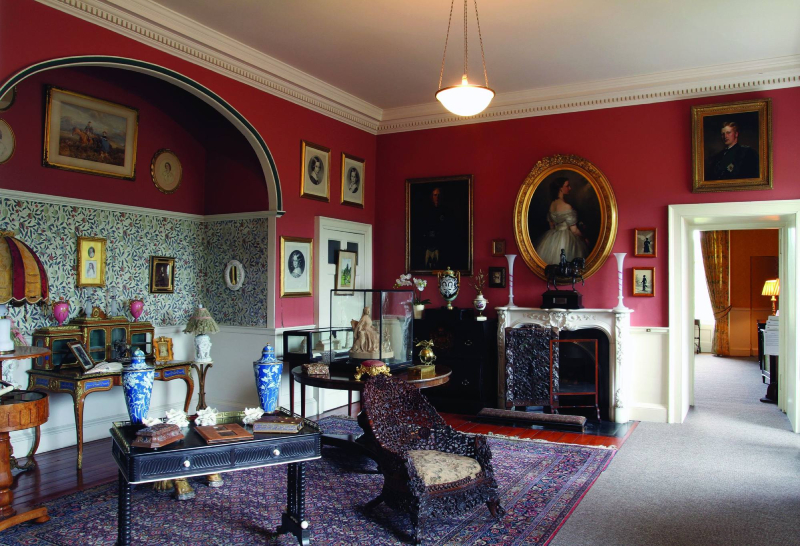 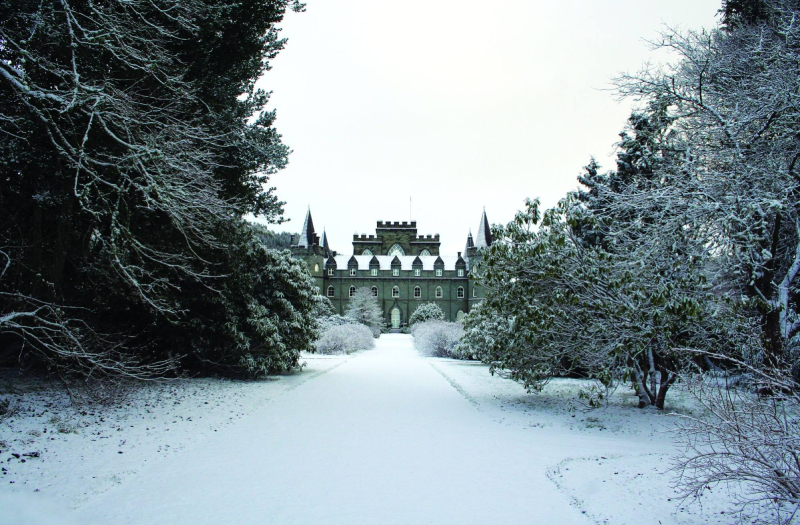 It was Margaret who first opened Inveraray to the public, in 1953, to raise funds. The castle and its grounds will again be open from March 28 to October 31 this year, with private tours available.

According to an article published in Scotland magazine before the Covid-19 pandemic struck, new guide apps had been introduced and Mandarin had been added to the languages available on visitor information cards.

Alternatively, the castle can be hired for an exclusive stay through Scottish castle specialist Loyd & Townsend Rose, with use of the State Dining Room, for which a chef can be engaged, and the Saloon.

The six bedrooms all have en suite bathrooms (thanks to Margaret, Torquhil says). I have stayed in the exquisite Duchess’ bedroom – in a turret complete with floral designs, four-poster bed and a view of the grounds from its many windows.

As well as the formal gardens, there are 60,000 acres of estate for those who like to stalk, shoot or just walk. 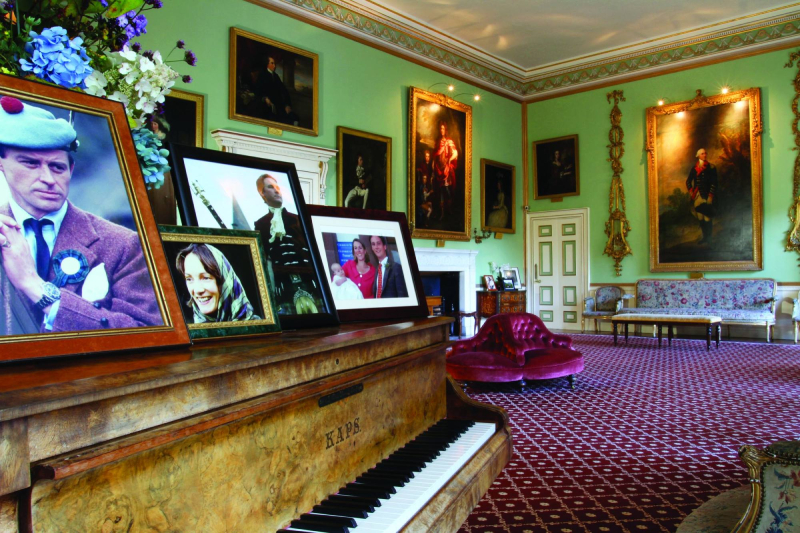 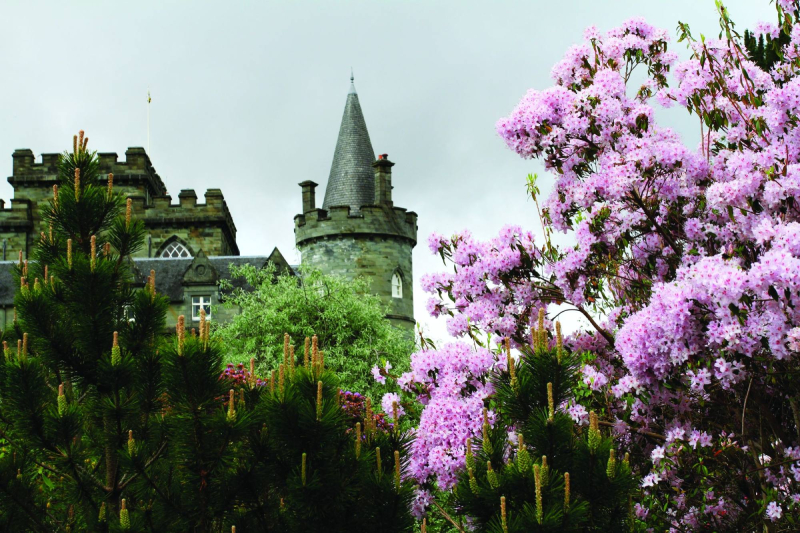 The elaborate wrought-iron-covered entrance to the castle is said to have been created for her wedding, to shield the princess and the monarch from the elements, and a writing desk given by Victoria on her daughter’s marriage can still be seen here.

The present-day duke and duchess live on-site with their children, but in an apartment tucked away in the former servants’ wing. They are magnanimous about opening their home to around 100,000 paying visitors a year.

After all, “Thanks to them, I’ve got a roof above me,” as the duchess has said.