How walking in nature can lift your spirits: A once-suicidal Briton's story Jake Tyler meets Prince Harry in December 2016, six months after he began his walk around Britain. “We discussed what life can be like for men suffering with poor mental health,” Tyler says.
Jake Tyler

People in Hong Kong are enduring yet another lockdown in the battle against the coronavirus pandemic, and for many it is depressing.

An uplifting escape is at their doorsteps: 300 kilometres of nature trails and country parks that criss-cross the city. Briton Jake Tyler’s story highlights the power of reconnecting with nature.

In March 2016, a week before his 30th birthday, Tyler, who was suffering from anxiety and depression, came close to committing suicide. The great outdoors was the tonic he needed to help him rediscover a zest for life.

Three months after he had been ready to end his life, he embarked on a 3,000-mile (4,800km) walk circumnavigating Britain along coastal paths, over mountains and through national parks.

Tyler shared his life-changing journey in his book, A Walk From The Wild. He is now a mental health advocate, has been featured on BBC television and is a TEDx speaker. His TED talk I’m Fine has had 3.5 million views.

“I had a nervous breakdown in March 2016,” says Tyler, who was managing a pub in Shoreditch in London’s East End at the time. “I had struggled with depression and anxiety since I was 15. Over the years I started smoking heavily, developed a drinking problem and began using drugs.”

On the day Tyler was determined to end his life – by jumping from his fourth-floor home, he “had never felt so alone”. When he called his mother to hear her voice one last time, he broke down and shared his feelings.

She convinced him to move back home with her in rural Essex, to the east of London.

“That phone call saved my life,” says Tyler. “Being in my hometown, Maldon, felt good. The familiarity and the quietness of the countryside calmed me.”

At his mother’s insistence, he started taking the family’s black dog, Reggie, for walks. “We started going for short walks along the river. Soon this became my daily routine and gradually I started feeling better. My posture started improving, my confidence was returning, and I often found myself in a state of quiet appreciation of the stillness and the simplicity of nature,” he says.

“Being outside wasn’t just about fresh air and earthy smells, it gave me the mental space I needed to let go of poisonous thoughts, to recognise that, as insufferably painful as my life had become, I had never actually wanted to die, I had just needed to remember what it was like to feel alive.”

One day, when he realised that he had hiked for 12 miles (19.3km), he headed to a bookshop and bought a map of Great Britain. At home, he began circling every section of natural Britain he could see – national parks, trails, beaches.

Tyler envisaged himself hiking through the Lake District (a scenic upland area in northwest England), the Scottish Highlands, along the rugged coast of Cornwall (in southwest England). 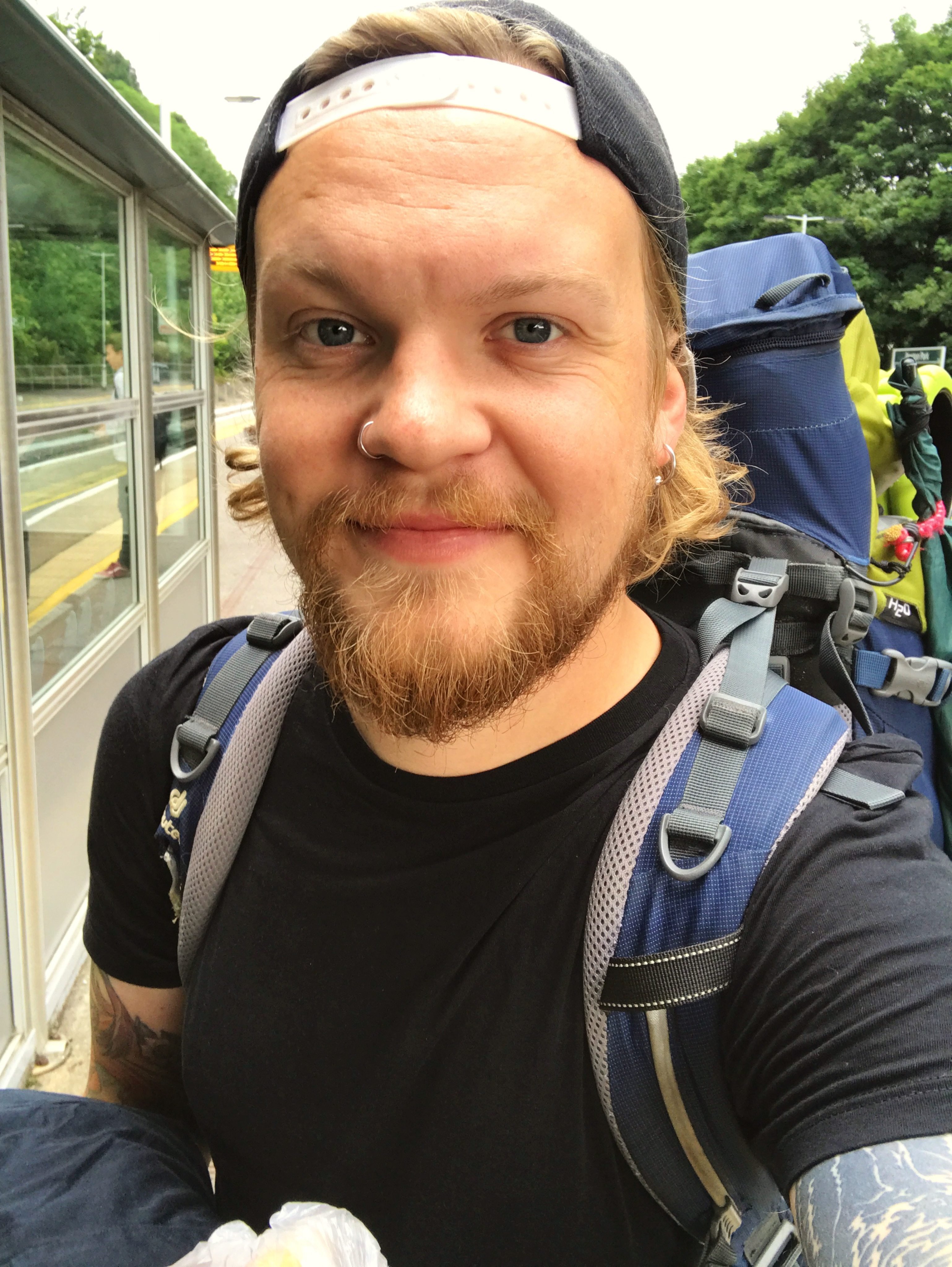 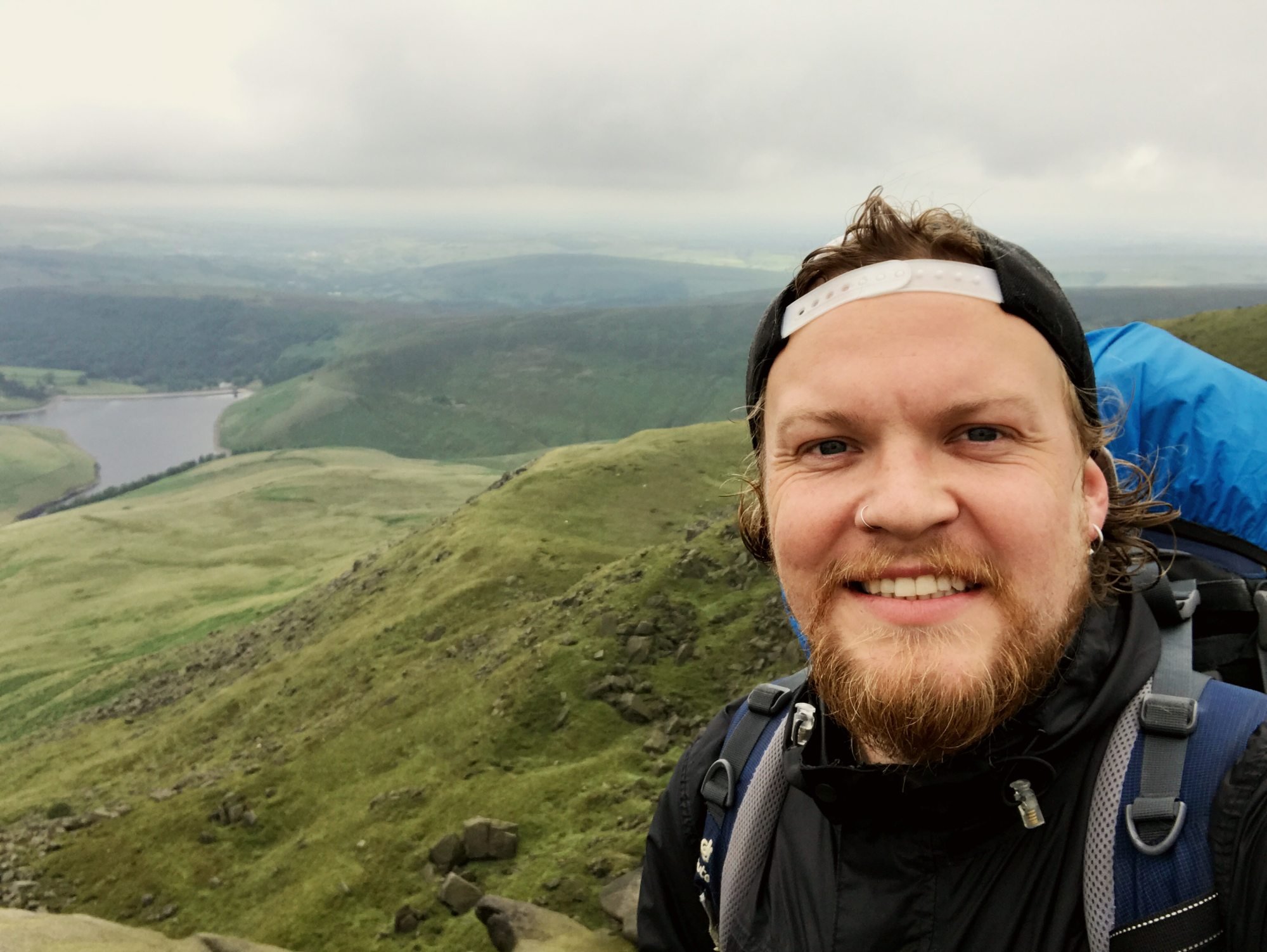 “I connected all the circles I’d drawn with a thick black line. What appeared before me was a giant loop, a lap of Great Britain.”

Tyler planned to circumnavigate Britain on foot, but feared no one was going to take him seriously. “Imagine an overweight, depressed barman with flat feet and a coke [cocaine] habit attempting a 3,000-mile walk. I decided to stop thinking about whether it was possible and began believing that I would succeed.”

He estimated that he would need £900 (S$1,600) to undertake the journey. He shared his mental health problems and his plan through crowdfunding, and amassed £4,232, more than four times his target figure. 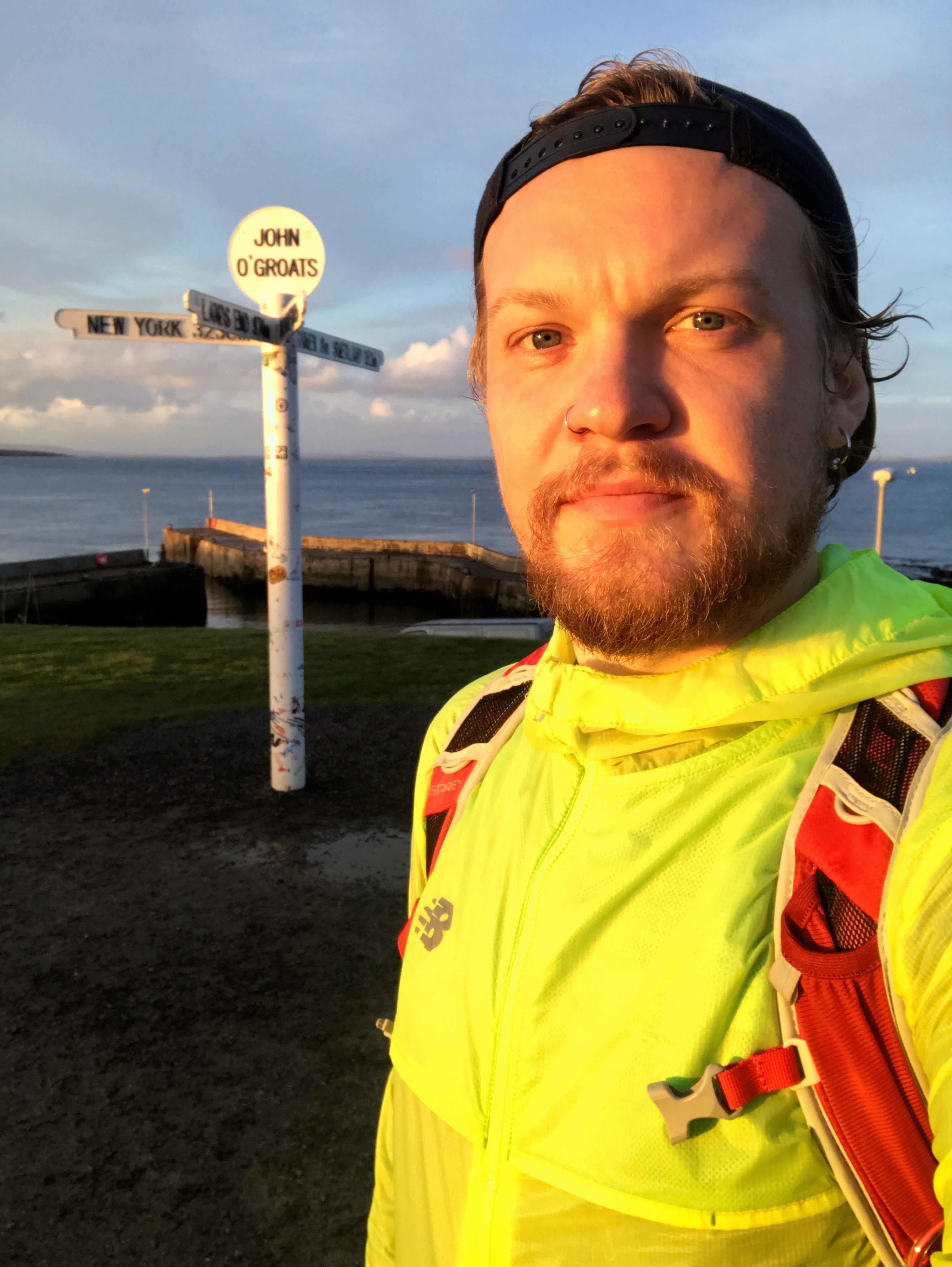 “I was taken aback by the outpouring of support from people,” says Tyler, who named the walk ‘Black Dog Walks’.

In June 2016, with only a pair of walking boots and a backpack, Tyler set off from Brighton pier, heading southwest along England’s southern coast. “I didn’t give a thought about the logistics or potential problems that could arise, like injuries, which wasn’t a good idea. Walking 10 miles on the first day from Brighton to Worthing, carrying 25 kilograms (55lb) on my back, wrecked my feet.”

He persisted and began to get fitter as his body adapted to the challenge. He spent five- and-a-half months walking along the coast, averaging 16km to 24km miles a day, sleeping in a tent and documenting his physical and mental progress on social media, attracting thousands of online followers.

“By the time I reached Pembroke in Wales, I was receiving messages from people all over the country, wishing me luck and sharing their mental health struggles, many of them for the first time. I realised that I was not alone.”

Soon, though, he was exhausted and nursing injuries – and the weather had turned cold. Around that time, the BBC invited Tyler and nine others with mental health issues to participate in a documentary called Mind Over Marathon , to study the impact of exercise on mental health .

The 10 participants were trained to run the 2017 London Marathon. “It was just what I needed, a break from my walk,” says Tyler, who took a six-month hiatus from his hike. 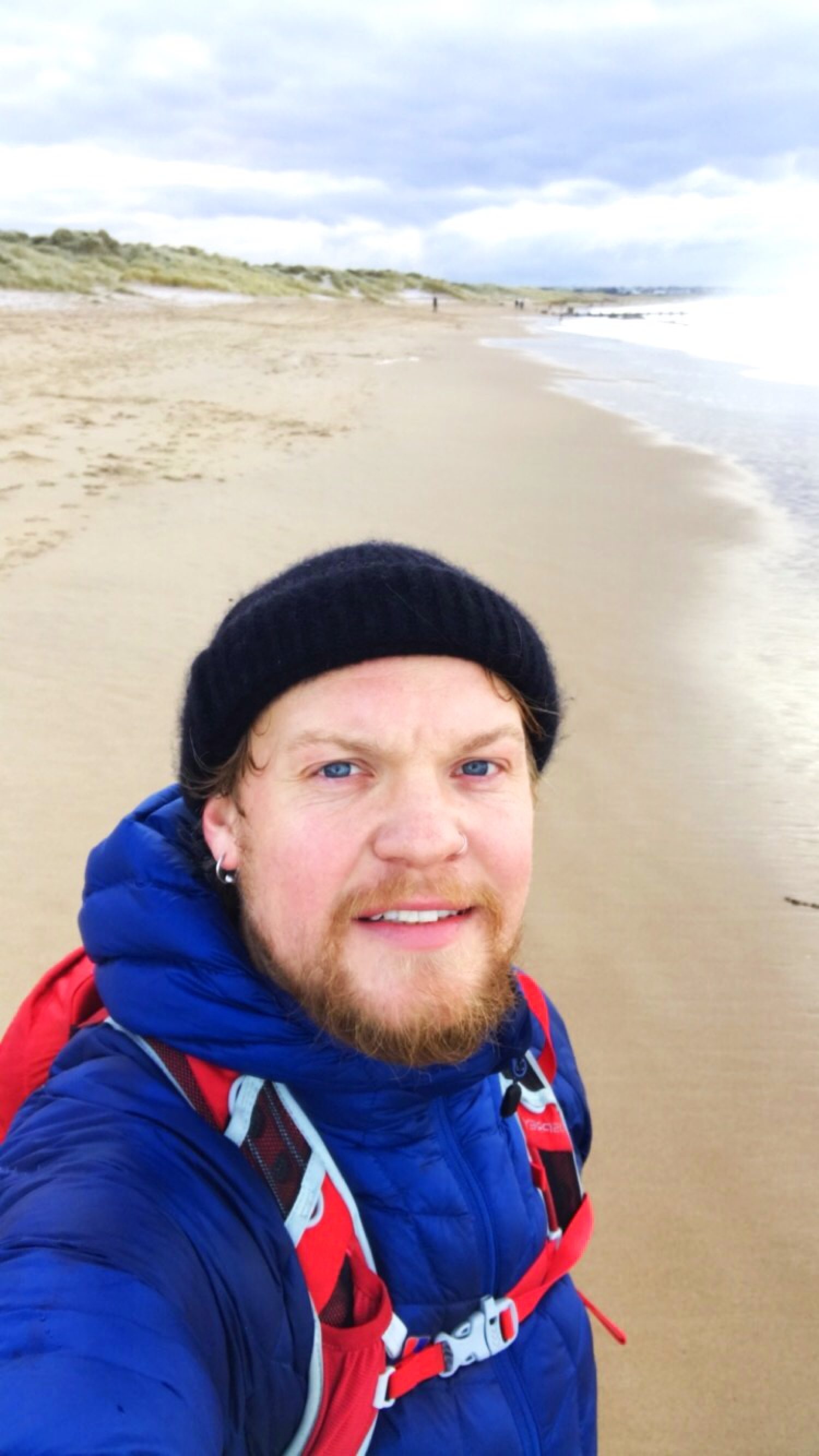 “We were put through a rigorous training programme , which made me stronger, mentally and physically.” He finished the London Marathon in five hours and 52 minutes.

“Running the London marathon was therapeutic. Passing through parts of the city brought back memories of what I had been through, and I was able to finally forgive myself ,” he says.

The BBC programme put him in the public eye and people started recognising him when he returned to his walk, some even offering him a bed for the night. 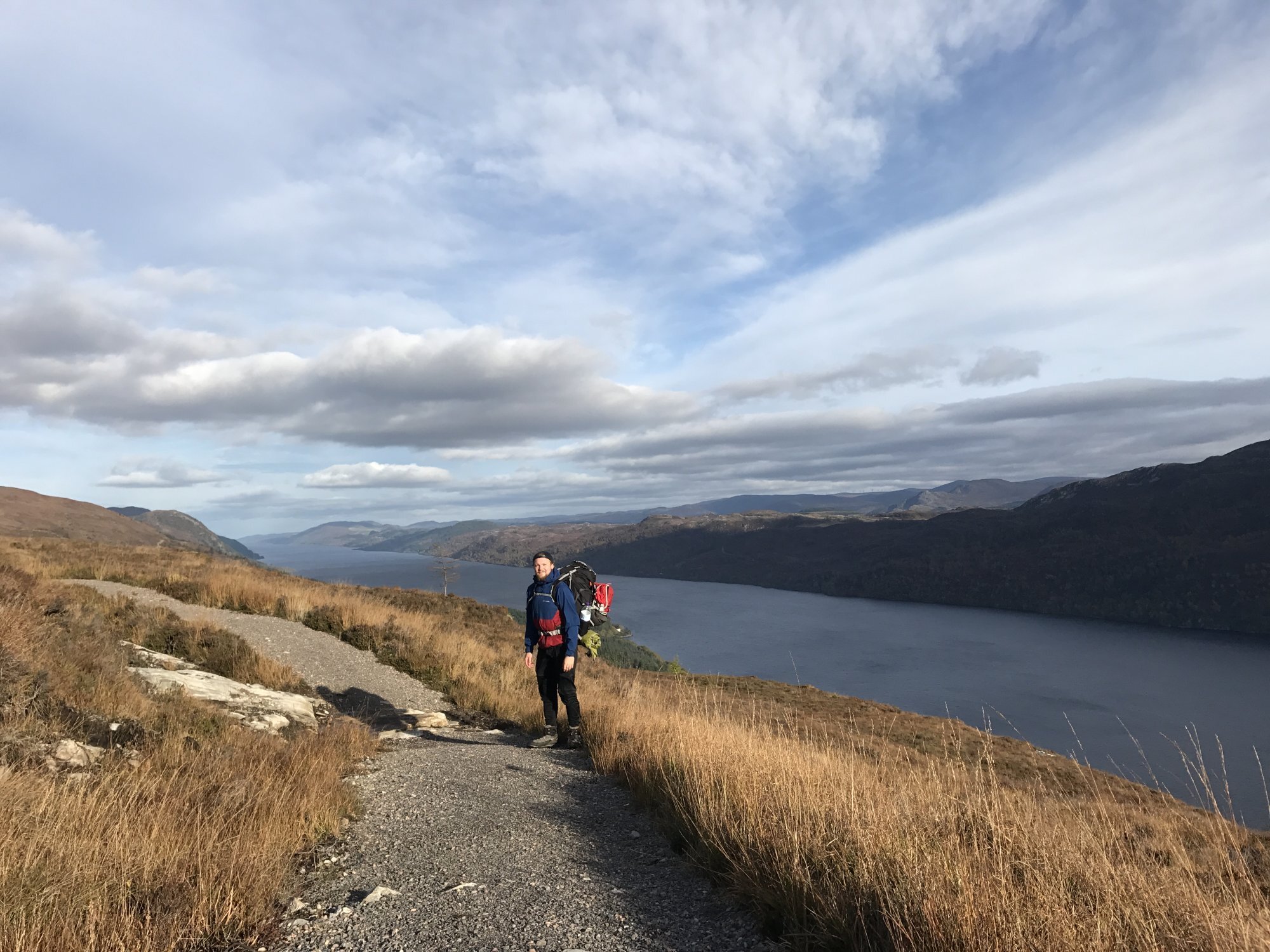 “I was hosted by many people, some of whom became good friends,” says Tyler, who resumed his route in July 2017, this time running most of it. He completed it in February 2018, at Brighton Pier, from where his journey had begun.

Tyler continues to fight his battles. “Depression still continues to distort my reality. But where I was once powerless, I have tools to manage it better, to put a lead on it and let it bark at me, rather than allow it to maul me,” he says.

“I share my feelings instead of bottling them up and my relationships are far deeper now,” says Tyler, who has also made lifestyle changes.

“I quit smoking and drinking. Fitness is an integral part of my life and I run and hike regularly. Being in nature is like magic . It makes me feel connected to the world and when I feel like a prisoner to depression, it sets me free and makes me smile.

“And most importantly, I have learned to be kind to myself.”