Vicky Lau, chef-owner of two-Michelin-star Tate Dining Room in Sheung Wan, Hong Kong, enjoys cooking with all types of seaweed, but one of her favourites is kombu.

“We always have good-quality kombu stock in our restaurant; it gives an especially delicious umami taste to our seafood dishes,” says Lau.

“We also like to use seaweed butter, which we make by soaking kombu and pressure-cooking it with sake and soy sauce, and then blending it into a paste and mixing it with butter.

"We serve our seaweed butter alongside sourdough bread and also use it to make dishes like cuttlefish noodles with seaweed sauce, and risotto with mussels.”

Come January, Lau will shine an even bigger spotlight on the superfood when she launches a six-course “Ode to Seaweed” menu at Tate Dining Room. It will showcase marine plants including red carrageenan, sea tangle and gracilaria.

Taste and versatility aside, seaweed in its many forms – which include kelp, macroalgae and sea lettuce – packs a nutritional punch.

According to Karen Chong, a dietitian at Hong Kong’s Matilda International Hospital, as a food it is an excellent source of iodine and other minerals – calcium, iron, magnesium and potassium – and contains good amounts of vitamins A and B12, and folic acid. Seaweed is also high in fibre, low in calories and fat-free.

Iodine is essential for thyroid health. The small, butterfly-shaped gland at the base of neck uses iodine from food to produce thyroid hormones, which regulate growth and energy expenditure.

Without iodine, your thyroid may not produce sufficient thyroid hormones and become underactive.

This may result in a condition called hypothyroidism, which causes symptoms such as fatigue, constipation, unexplained weight gain, irritability and a slow heart rate.

Too much iodine is also not healthy, Chong adds. This may lead to hyperthyroidism, which causes symptoms such as rapid or irregular heartbeat, unexplained weight loss, mood swings, hair loss, diarrhoea and insomnia.

“While adding seaweed to your diet is a good idea, you can have too much of a good thing,” says Chong.

“The recommended daily amount of iodine is 150 micrograms (mcg) for adults and 90mcg to 150mcg for children. This is equivalent to 5g to 10g of seaweed.”

Nori, kombu and wakame are some of the most popular forms of edible seaweed.

Nori is pressed into dried sheets and eaten as a snack, or used to make sushi and kimbap rolls; kombu is sold dried and used for dashi and to make the fermented drink kombucha; wakame is often added to soups or enjoyed as a salad.

Hijiki is another common type of seaweed often used in Japanese cuisine; Chong warns, though, that it may contain high levels of arsenic.

Seaweed has been found to support heart health, according to a review of 100 studies published in 2011 in the American Journal of Agricultural and Food Chemistry. This is thanks in part to its high soluble fibre and omega-3 fatty acid content.

Studies, published in 2008 in the journal Nutrition Research and Practice and in 2015 in the Journal of Oleo Science, found that seaweed may also help manage blood sugar levels, and not just because it’s loaded with dietary fibre. 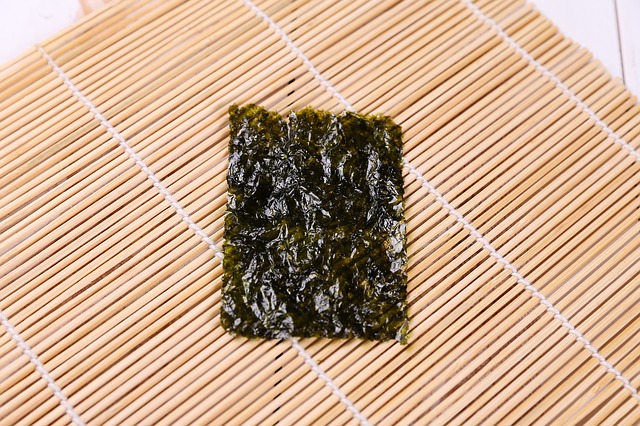 Yet another study, published in 2020 in the journal Marine Drugs , revealed algae’s anticancer, antiviral, anticoagulant, anti-high cholesterol and antioxidant effects.

The researchers suggested its regular consumption could help improve the quality of human life and contribute to a more balanced diet.

And a study published this year in Marine Drugs found that red seaweed has strong prebiotic abilities. Prebiotics are like food for the good bacteria (or probiotics) in your gut; they allow them to thrive, helping to crowd out the bad bacteria. This translates to a healthier digestive system, with a lower incidence of gastrointestinal issues such as constipation and diarrhoea.

Seaweed production is a fast-growing industry. In 2019, it was worth about US$12 billion (S$16.4 billion) globally, and by 2025 this figure is expected to reach US$26 billion. Seaweed isn’t just used for food; it’s also used in medicine, cosmetics, bio-fertiliser and biofuel.

Seaweed cultivation is already common in Japan, China, Indonesia and the Philippines.

There is growing interest in farming it in India, which aims to boost seaweed production from the current 30,000 tonnes to more than one million tonnes each year by 2025, and in Australia, which plans to develop a U$100 million industry by 2025.

Scientists call seaweed a “miracle crop” – there is no need for land, freshwater, pesticides or fertiliser. It also absorbs carbon dioxide in the ocean – around 173 million metric tonnes each year, the same annual emissions as New York state, according to a 2016 paper in Nature Geosciences. Plus, it oxygenates and nourishes the marine ecosystem as it grows.

“Seaweed is one of the best ingredients to work with because it’s nutritious, sustainable and widely available, so I’m pleased that it’s becoming more popular,” says Lau.

“As a chef, I appreciate the sheer variety that’s out there and the fact that it’s so versatile. Seaweed is filling, too, so a little goes a long way, especially when you’re putting together a hearty or substantial dish.”

LifestylefoodsHealth and Wellbeing
Share this article
This website is best viewed using the latest versions of web browsers.