How Chinese demand for jade fuels a deadly, corrupt industry in Myanmar Another deadly incident in Myanmar has resurfaced long-standing conversations about an industry to which Hong Kong and China have close ties.

A landslide at a jade mine near Hpakant, in northern Kachin state, left at least three people dead and dozens missing in December 2021. Disasters like this regularly hit the open-pit mines in the state, which is a huge source of high-quality jade. In July 2020, another landslide near Hpakant triggered by heavy rainfall killed at least 160 miners. In July 2019, yet another landslide took the lives of at least 13 people.

Workers at mines and in communities in the region can pay dearly for Myanmar’s lucrative jade trade , estimated to be worth about US$31 billion in 2014 by transparency campaigners Global Witness – over half of the country’s GDP that year. While it is difficult to know because of the opaque nature of the industry, Myanmar is believed to be the source of as much as 90 per cent of the world’s jade.

The workers bearing the brunt of the industry’s negative impacts are informal miners who scavenge for jade with their hands, often out of dumping sites where large companies that use heavy machinery to extract significant quantities of jade dispose of mining waste, according to a report by economic researchers the International Growth Centre (IGC). Workers face difficult and dangerous conditions – many of the fatal landslides occur at these dumping sites – and are poorly protected by the Myanmar government.

Hanna Hindstrom, a senior campaigner for Myanmar at Global Witness, says the mining industry exacerbates drug abuse in the community, especially among hand-picking miners, who are referred to as ye ma say. She said the workers usually take yaba – a mixture of methamphetamine and caffeine – to get energised for the hard work of the mines, and then heroin to help them sleep.

“There’s a massive drug-addiction problem,” Hindstrom says. “A lot of jade miners … are addicted to heroin and yaba because of the horrible conditions of working in the mines.”

Privately owned corporations, sometimes in partnership with state-run companies, engage in the region’s large-scale mining operations with little regard for environmental impacts.

The loosely regulated large-scale operations have created the conditions for landslides and flooding, threatened local water sources, and drastically changed the area’s landscape, according to the IGC report.

“We’ve seen communities there affected by conflict on and off for decades,” Hindstrom says. “There’s an intimate connection between conflict and extraction of resources.” 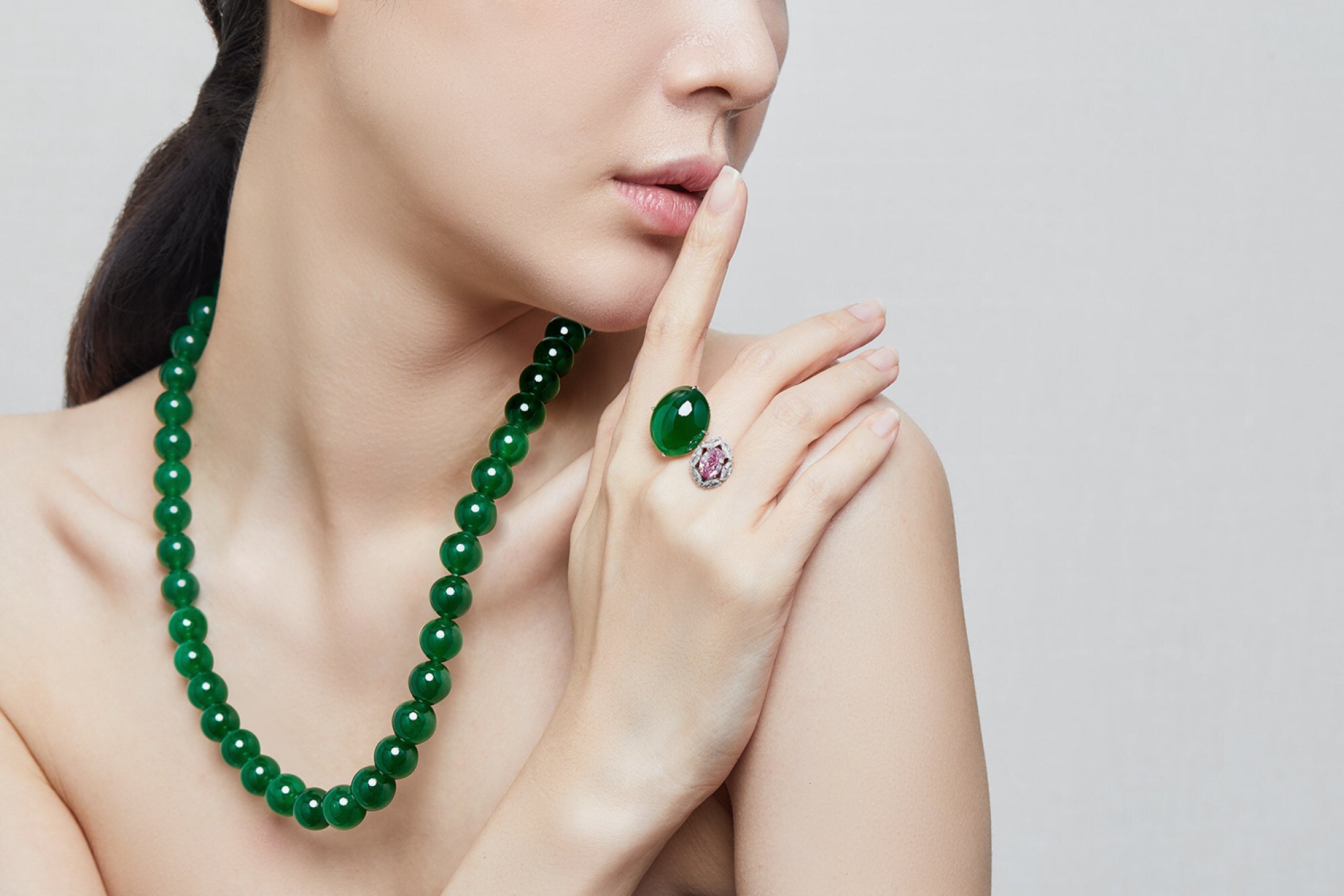 Meanwhile, jade exports from Hong Kong grew by 40 per cent in 2020, according to the Hong Kong Trade Development Council. Between 70 to 90 per cent of jade mined from Myanmar is believed to make its way to China , according to Global Witness. High-quality jade found in Myanmar can fetch a high price – in April 2021, a jade bangle was auctioned off in Hong Kong by Sotheby’s for just over HK$30 million (S$5 million).

Much of the jade that makes its way to China is also smuggled in, further depriving local communities of billions of dollars in revenue for their valuable resource, according to Global Witness.

While Global Witness and other organisations had worked with Aung San Suu Kyi’s civilian government on reforms to the jade industry, these efforts ground to a halt after the coup d’etat in February 2021 that put the Tatmadaw back into power. With little hope for reform on the domestic side, Hindstrom says more action is needed from the international community to push for change.

“We need more consumer consciousness,” she says. “There’s no way right now that jade from Myanmar can be conflict free … it’s not possible.”