Kim Jones must really like Kenny Scharf because he’s teamed up with the American artist again for another Chinese New Year capsule collection. Their partnership began in late 2020 for Dior’s pre-fall range, and they have been working together ever since. 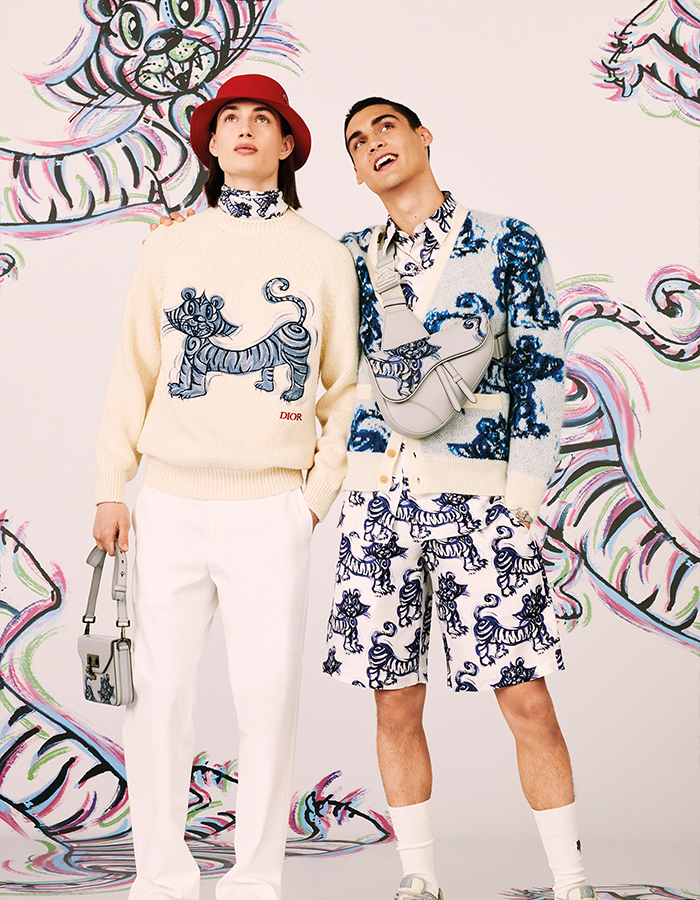 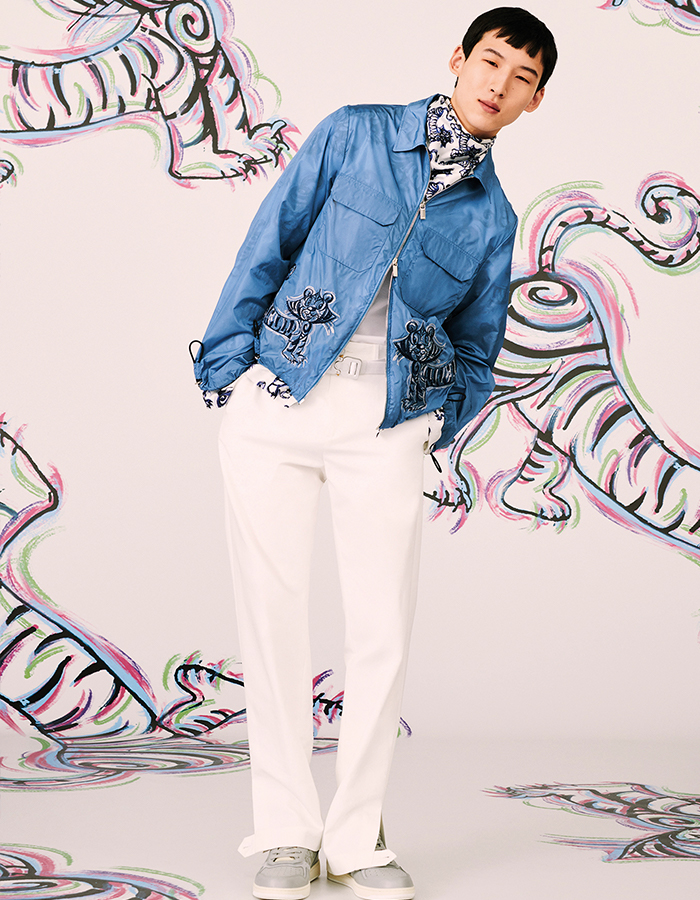 Representing the Year of the Tiger, their cute, smiling Water Tiger appears as a print on shirts, embroidered onto knitwear or translated onto a patch on denim jackets and other similar apparel. It also appears on accessories, including men’s jewellery and the B27 sneakers.

The Dior and Kenny Scharf capsule collection is rendered in vibrant blue, white and auspicious red hues, reflecting the season. 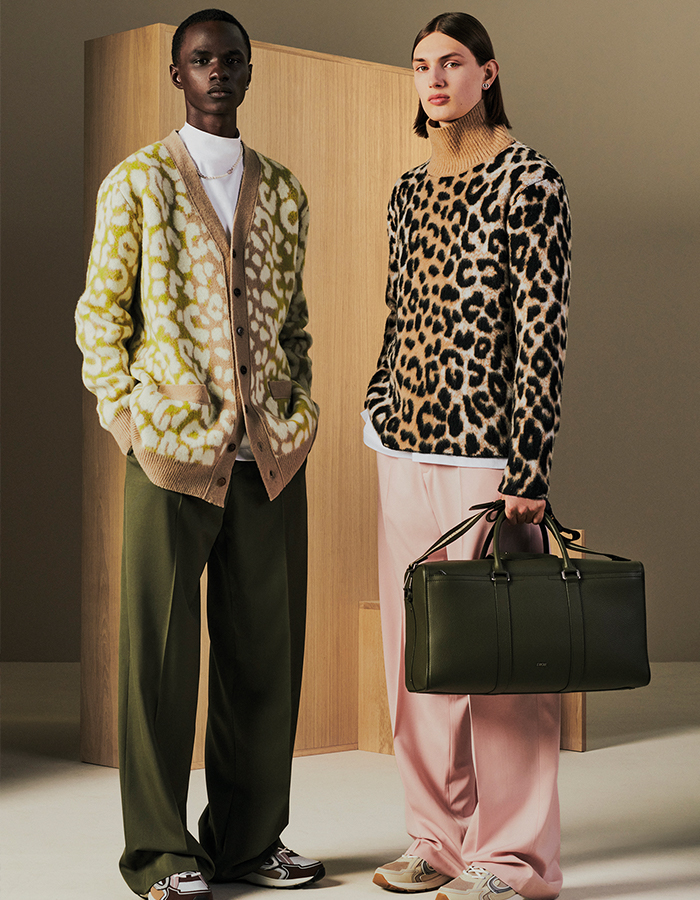 Ever since Kim Jones replaced Kris Van Assche as the artistic director of Dior Homme, he’s been on a collaborative tear and has worked with various other personalities as well, from creatives such as Daniel Arsham to Ambush designer Yoon Ahn.

Jones has this incredible ability to capture the cultural zeitgeist and translate it into his work while still adhering to the codes Monsieur Dior built. The continued collaboration between him and Kenny Scharf continues his legacy at Dior.