Adrienne and David Walder say they feel so much better after giving up alcohol. Adrienne’s anxiety and pessimism have given way to positivity and confidence; David has lost 12kg in nine months.
PHOTO: Jonathan Wong
PUBLISHED ONJanuary 04, 2022 9:47 AMBy Sasha Gonzales

On New Year’s Day in 2018, Adrienne Walder stopped drinking alcohol. Up until then, the UK-born teacher had been a binge drinker, rarely consuming alcohol during the week but drinking heavily at the weekend.

When she realised her relationship with alcohol had become toxic, she knew something had to change.

“Within my community in Hong Kong, drinking is the go-to social activity and problem drinking tends to be normalised, blurring the line between socially acceptable drinking and addiction,” says the 49-year-old, who has lived in Hong Kong for nine years.

“It was becoming increasingly apparent that I was occupying this grey area and I was uncomfortably aware that I was not as in control of my drinking as I wanted to be.”

Bingeing on alcohol took a massive toll on Adrienne’s health – something she realised only after she quit. 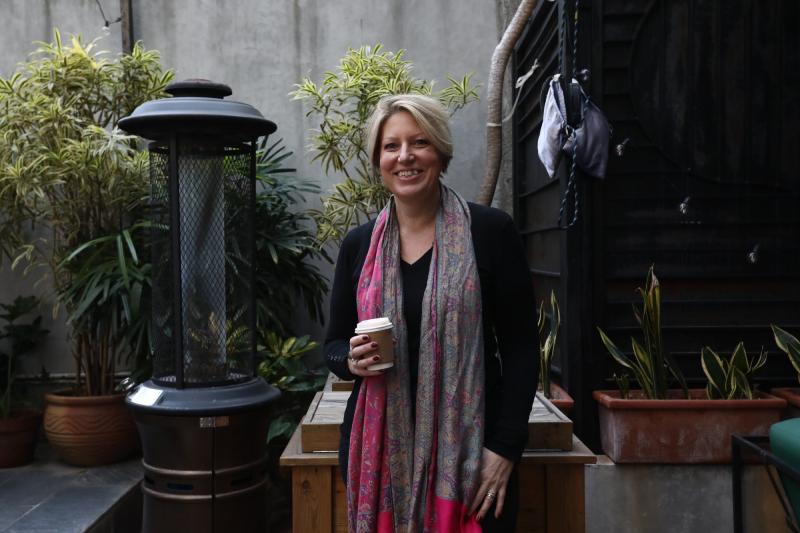 “I’d get depressed at the start of the week; I was anxious and experienced ‘brain fog’. I often felt fearful and was filled with a sense of self-loathing and shame,” she says.

Adrienne’s husband, David, quit a few years later. The 41-year-old, who works in the yachting industry, had been highly stressed at work and noticed that he was drinking almost daily at professional and social events.

The alcohol, he says, left him feeling sluggish and unfocused and caused him to gain weight.

In April 2021, David stopped drinking alcohol for 90 days. He felt so much better that he decided to continue. He’s not had a drink now for more than nine months.

Both Adrienne and David are reaping the benefits of an alcohol-free life.

Adrienne’s anxiety, anger and pessimism are gone, replaced by contentment, positivity and confidence. She has more energy, sleeps more soundly at night, looks slimmer – and has been told she looks 10 years younger. 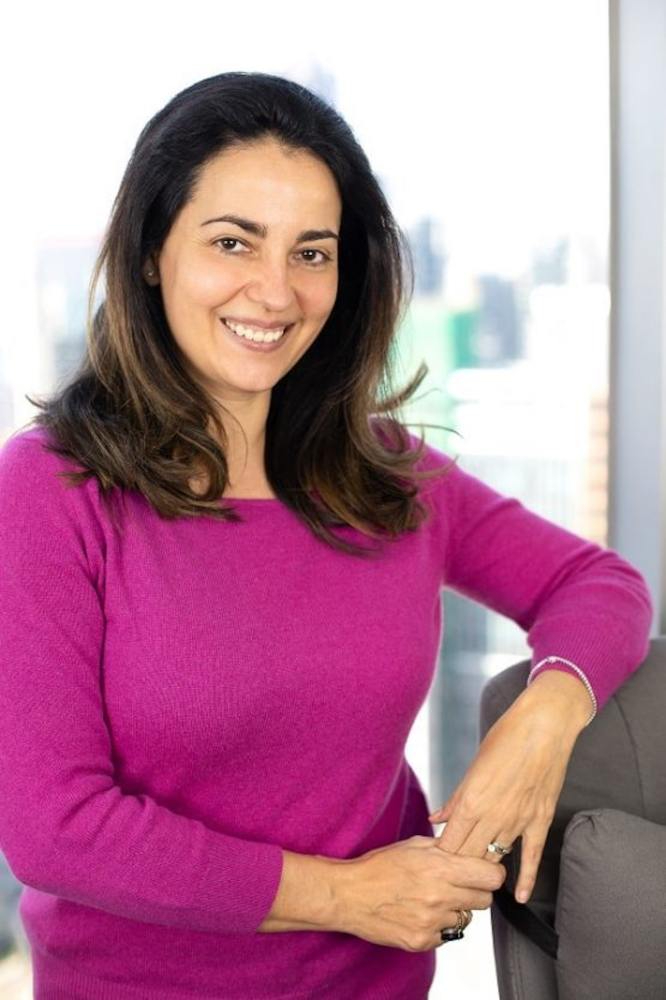 “And I’m more productive at work and at home,” adds David. “I’m also incredibly active, going to the gym every weekday morning, playing tennis or squash most evenings and sailing or hiking on weekends. In the months since quitting drinking I’ve lost 12kg.”

“These are just a few short-term benefits of giving up alcohol,” says Catherine Van Den Broek Hermant, a kinesiologist and nutrition coach at Balance Health in Hong Kong.

“Long-term benefits include greater nutrient absorption, improved tissue repair, and a reduced risk of cancer and other major illnesses.”

Both Adrienne and David are part of a growing “sober movement” of people who have broken the habit of consuming alcoholic drinks and now embrace sobriety as a lifestyle.

American actress and talk show host Drew Barrymore recently joined the stream of celebrities going public about their experience with sobriety. In an interview with hosts from the TV network CBS, Barrymore shared that she hadn’t had a drink in two-and-a-half years.

“It was something I realised just does not serve me in my life,” she said.

The increasing popularity of low-alcohol and alcohol-free (“no-lo”) beers, wines and spirits is testament to the fact that more people are keen to take charge of their health and understand that they don’t need alcohol to have fun.

John Docherty is the founder of Sipfree, a Hong Kong company specialising in no-lo sparkling wines, craft beers, cider, spirits and other products, sourced from around the world. Since its launch in January 2020, Sipfree has been doing brisk business in Hong Kong.

“We’ve definitely seen an increase in the number of new products entering the market, and we continue to see growth in this new no-lo segment, particularly in our online store and in restaurants and bars,” he explains.

The pandemic saw many Hong Kong residents turn to alcohol to relieve lockdown-related stress, isolation and boredom, and David Walder was no exception.

“I found that I was drinking more towards the end of 2020 and in the earlier part of 2021. Not being able to go out or travel overseas, coupled with uncertainty about the future and my heavy workload, led me to use alcohol more, especially when I wanted to relax at the end of the day. Drinking at home in the evenings was something I hadn’t really done before.”

The strains brought on by the pandemic made David realise that he deserved to lead a healthier lifestyle.

“The pandemic was certainly a catalyst to my stopping, because I wanted something different,” he shares. “If Covid-19 had come earlier, I probably would’ve quit alcohol sooner.”

Interestingly, as stressful as navigating the pandemic has been, Adrienne hasn’t been tempted to drink again, saying that alcohol only makes stressful situations worse.

In fact, apart from the occasional red wine craving when she went out with friends after becoming sober, Adrienne has had no desire to go back to alcohol. 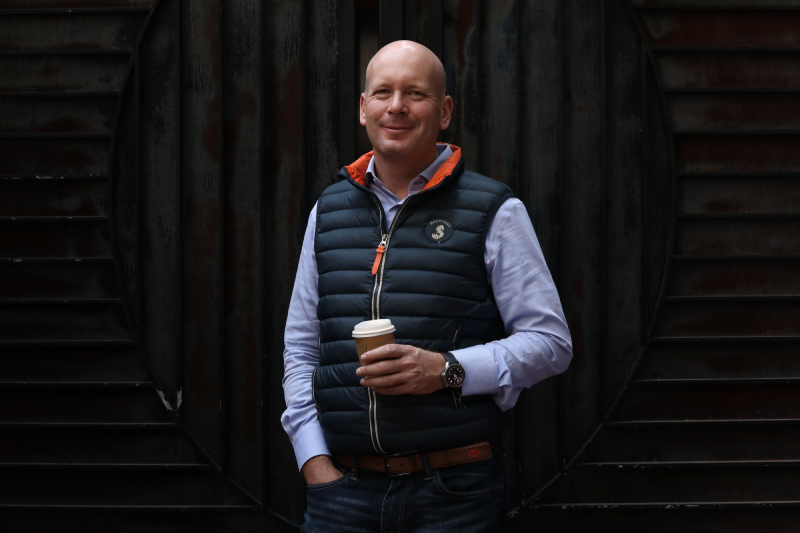 “Not drinking feels totally normal now and I rarely think about it. Non-alcoholic drinks are the way forward for me. Sobriety offers me everything that alcohol appeared to promise but never delivered. My alcohol-free life is much more exciting than my drinking life ever was.”

If you find it hard to quit cold turkey, you should at least try to limit your intake. If you’re at an event where alcohol is present, Hermant suggests sipping on a glass of water between drinks or setting yourself a target of no more than, say, one or two drinks that evening.

Avoid having your glass refilled – if it’s not totally empty you’ll find it easier to monitor your consumption. Ordering mocktails is a good idea, too, but watch your intake because such drinks tend to be high in sugar.

Without an alcoholic drink in hand, you may find it a challenge being with friends, but David says that’s something you get used to.

“I still miss alcohol at parties and I’m still learning how to be myself without a drink, but it’s really not so bad. I can say that hiding behind non-alcoholic beers makes socialising easier. People just assume I’m drinking regular beer like everyone else – this means I can avoid awkward questions and feel like the rest of the crowd.

“As weird as it feels not drinking, I’m happy with this lifestyle change. For a long time I thought I had to add to my life to make it better, but what I really needed was to take something away.”

alcoholHealth and Wellbeingweight lossLifestyle
Share this article
This website is best viewed using the latest versions of web browsers.