The Lunar New Year is just a week away — this means that married couples will have to start preparing those red packets.

Some of you may not want to shell out on red packets, especially since you will already be forking out money to fill up said red packets.

Well, here's eight places where you can redeem red packets for $8 or less. Some of these red packets are even free! 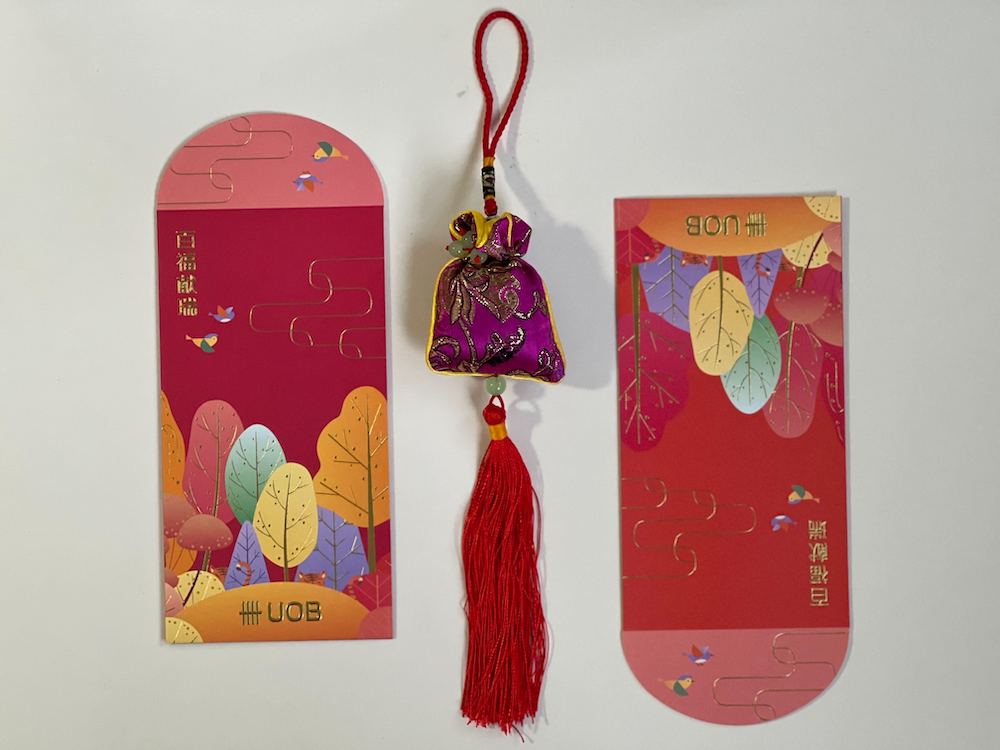 This year, UOB has released a set of red packets with the theme "Rich in Nature".

The design features a vibrant forest and hidden tigers to raise awareness on environmental conservation.

For extra luck, each red packet also measures 168mm by 88m, which are auspicious dimensions.

To make things more exciting, you can scan the QR code at the back of the red packet to try out a special conservation-themed augmented reality experience.

The red packets are redeemable for free at UOB outlets.

This is to allow recipients to reuse the red packets as origami paper or for other crafts.

Fun fact — the prints this year were inspired by elements of the land, sky and sea and the bank says it serves as "a reminder and representation of the need to take care of nature’s precious resources".

You can pick up your free red packets at any DBS and POSB bank near you. 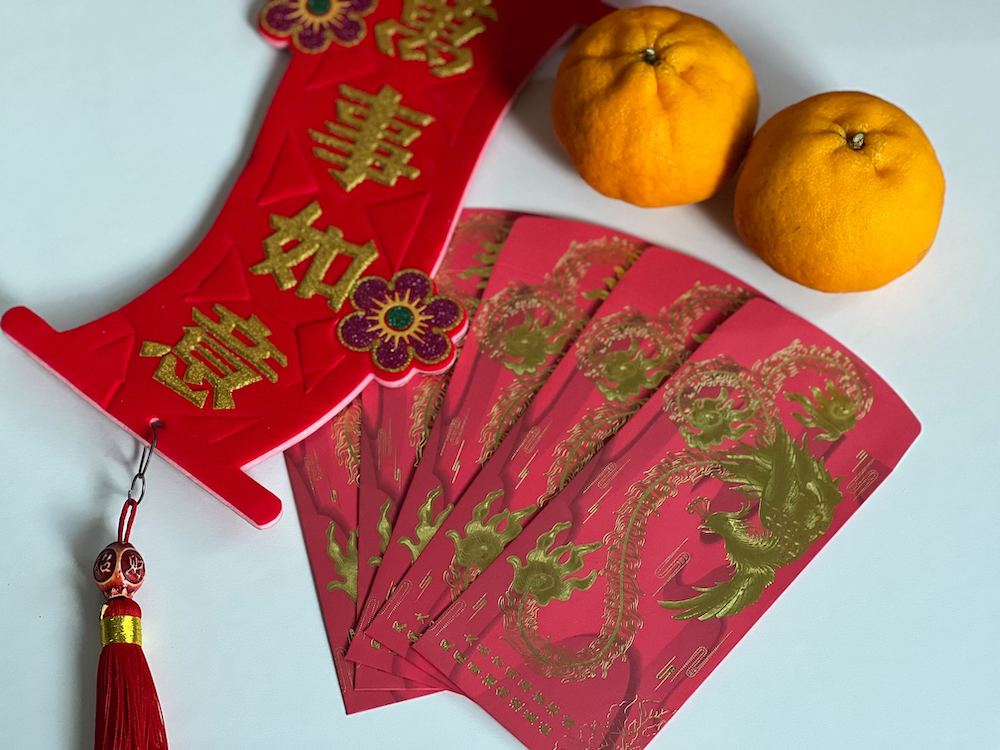 If you're a Maybank customer, you'll be able to receive these oriental-style red packets that feature a beautiful golden phoenix.

Redeem these for free at Maybank outlets. 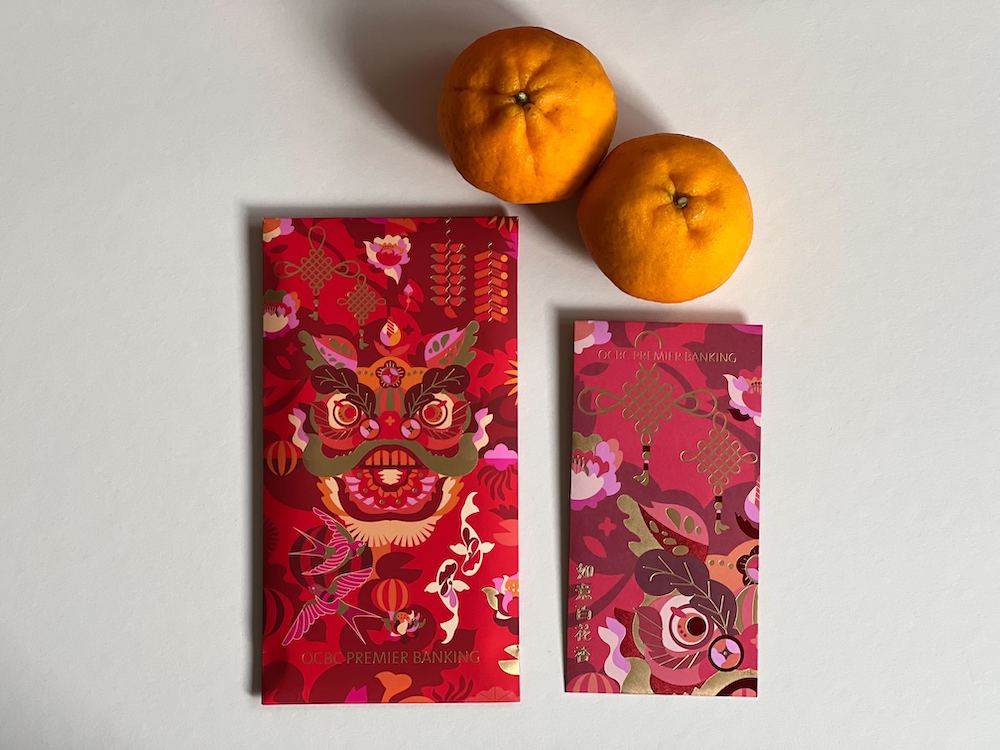 If you're an OCBC Premier member, you'll be able to get your hands on these exclusive red packets.

These come in festive red and pink hues and feature bird and lion dance motifs.

OCBC Premier members may redeem the red packets for free. 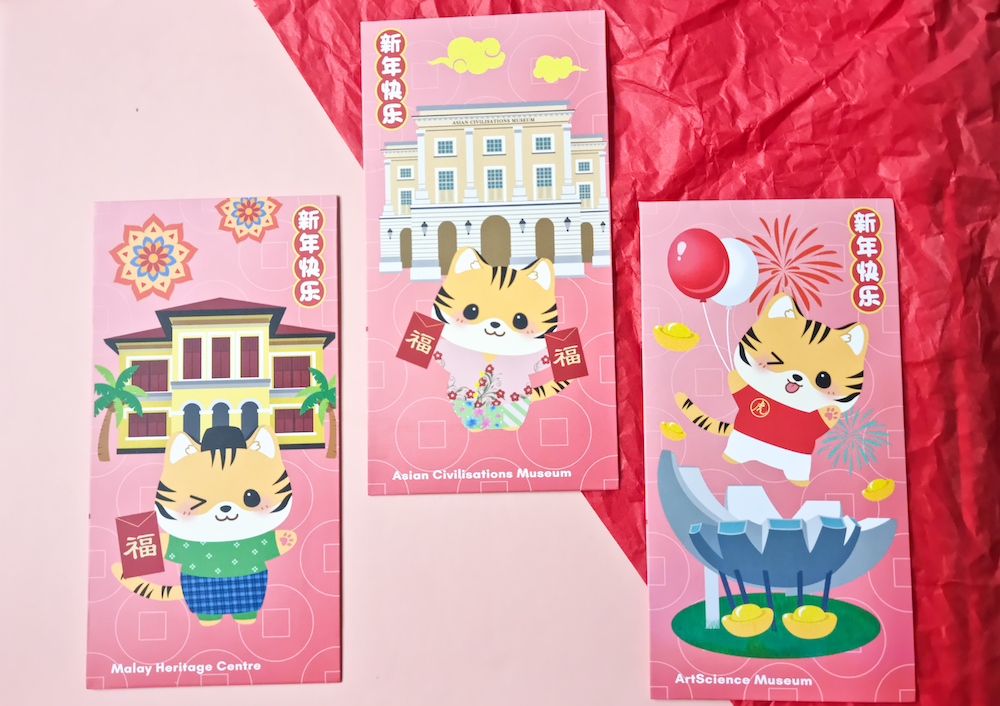 This year, the National Heritage Board has released a whopping 35 different red packet designs.

These will be available under the Museum Roundtable Lunar New Year Hongbao Campaign running from Jan 7 to Feb 4.

Each person is limited to one free set of eight red packets. Visitors can redeem the red packets from the 35 participating museums, heritage institutions and galleries. 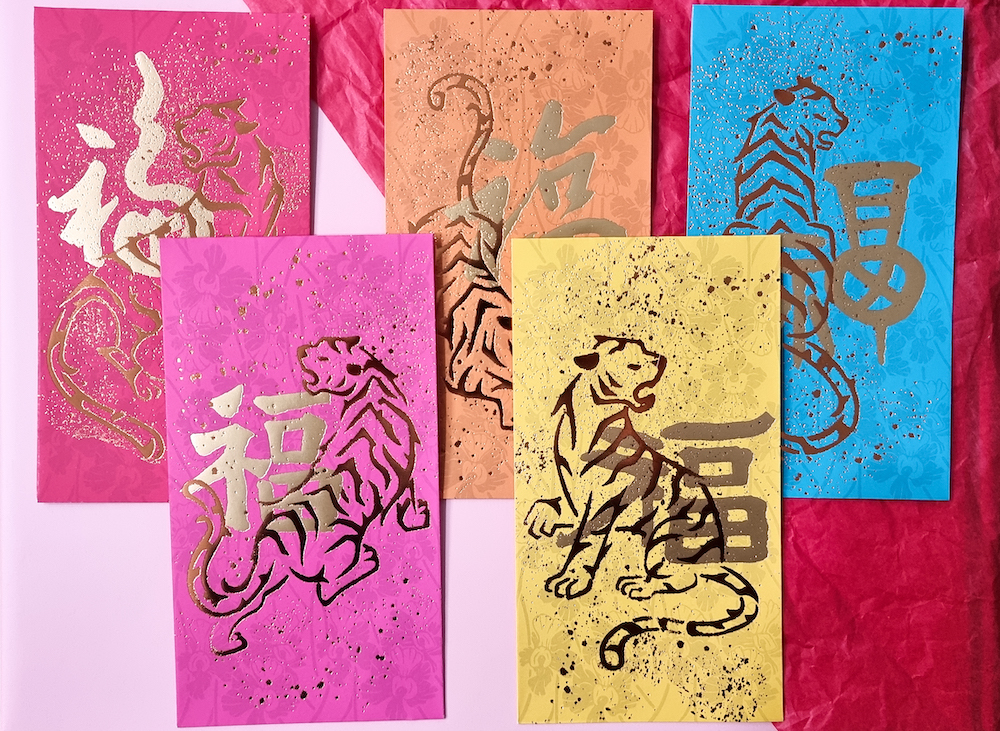 Did you know that Singapore Chinese Cultural Centre's (SCCC) red packets were designed by a calligraphy master and an illustrator? This explains why they are so aesthetically pleasing!

The design, which features digitally stencilled tigers embracing the Chinese character fu (prosperity) in five different calligraphic scripts, is meant to represent how Chinese script and culture has evolved over the years.

These gorgeous limited-edition red packets can be redeemed for free at level one of SCCC from now till Feb 15. Each set comprises of all five designs. 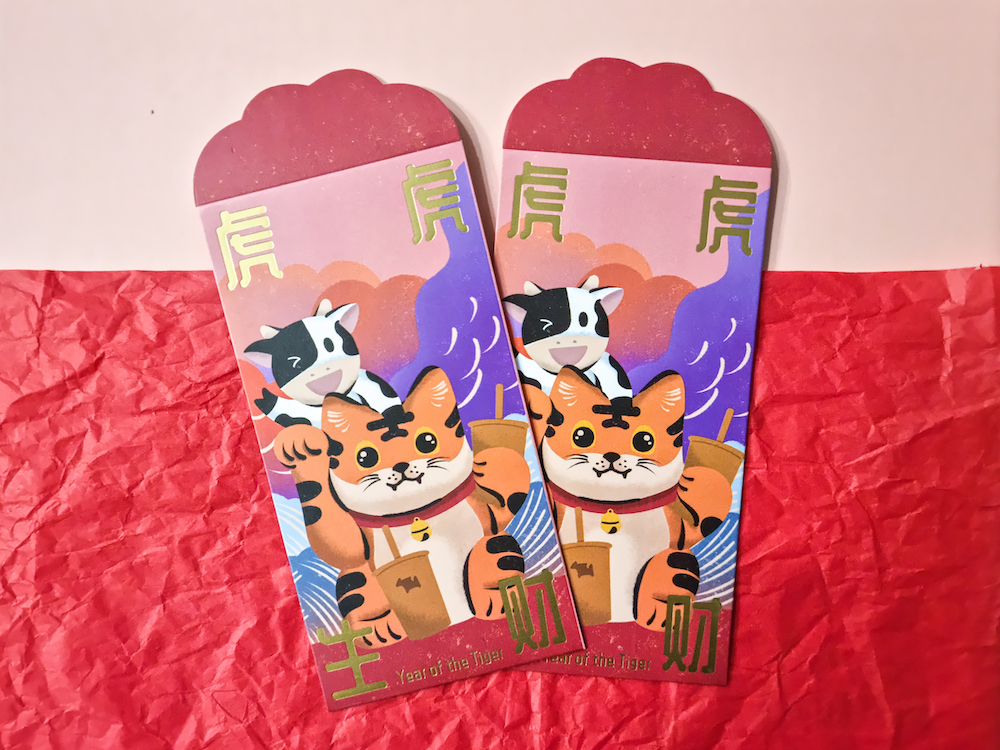 The next time you get your bubble tea fix at Milksha, be sure to pick up their limited-edition red packets while you're at it.

These feature a tiger posing as a fortune cat, as well as Milksha's cow mascot.

The red packets are redeemable when you spend a minimum of $8 in a single receipt. However, do note that the promotion is not applicable for bundle deal purchases. 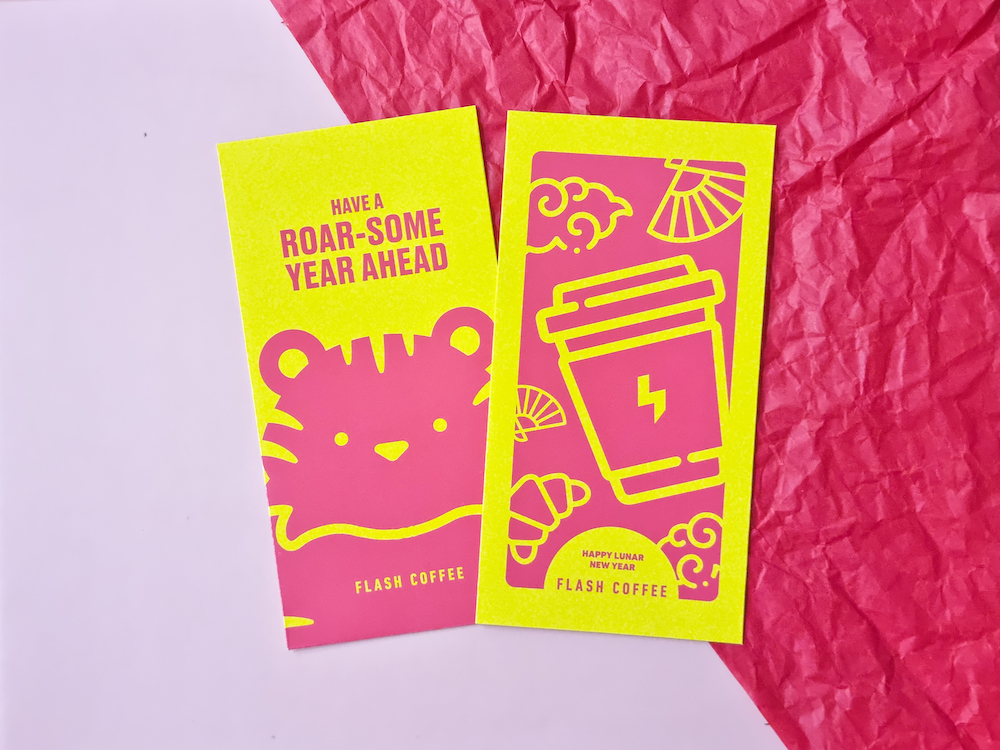 If you're a caffeine addict, you can snag Flash Coffee's limited-edition red packets for yourself during your next coffee run.

These feature an adorable tiger in the brand's trademark pink and yellow.

To redeem the red packets, simply spend a minimum of $8.