Car review: Polestar 2 may be one of the most complete EVs to own right now This is the first car to be introduced locally from the recently launched Polestar brand, the brand new Polestar 2.

If the brand is unfamiliar to you, Polestar started as a company that specialised in turning Volvos into race cars. It was subsequently acquired by Volvo and turned into its performance division, sort of like what BMW has with its M division or Mercedes with its AMG division. However, in 2017 Volvo announced that Polestar would be transformed into its own standalone brand focused on making performance electric vehicles.

So yes, this is the first electric offering from the Polestar brand. Does it have what it takes to make a sharp impression? 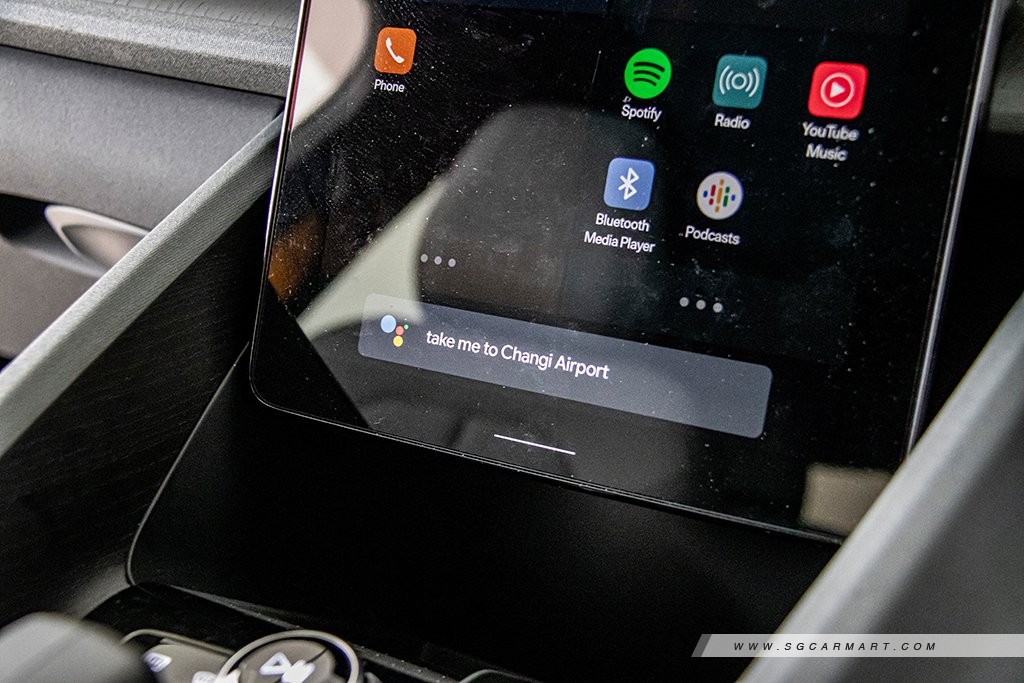 Immediately, the Polestar 2 stands out from the crowd from the simple decision to not be an SUV. Instead, what we have here is a body type that's slightly harder to distinguish — it's a fastback, but raised in the manner not unlike Volvo's Cross Country models.

Visually, it's attention-grabbing and bold, though I will admit it's a little unconventional on first glance (probably because it's hard to immediately distinguish what sort of car it is). However, spend a little more time with it and the looks do grow on you. I particularly like the front grille design, and the fact that the overall tone is quite muted (Polestar purposely chose to do away with any chrome trimming at all). 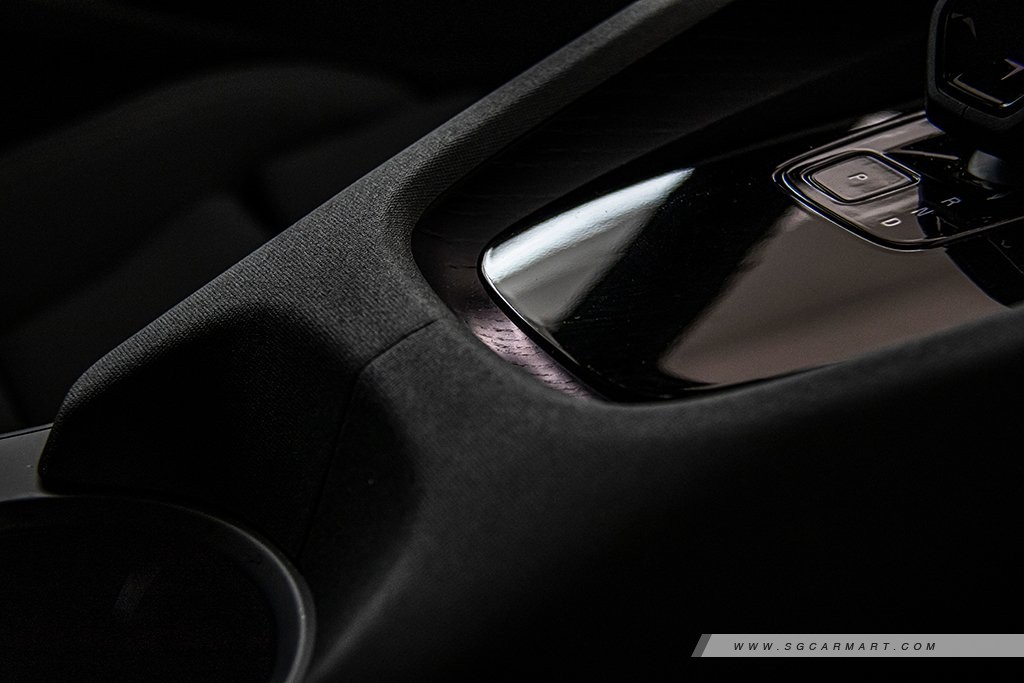 Inside, it is a nice, premium space. There are some familiar Volvo elements, such as the steering wheel, some of the switchgear, as well as the digital dashboard and tablet-style infotainment system, but there are also plenty of unique Polestar touches.

The design of the digital dashboard is different. There are no dials, instead you simply get a power meter, as well as a speed reading. The Android Automotive OS-powered infotainment system is different from what you get in the latest Volvos. Here, it's segmented into four tiles, where apps are grouped accordingly. It's very familiar and intuitive to use because it functions exactly like how a smartphone does. Google Assistant is convenient and useful. You can even download games from the Google Play store. 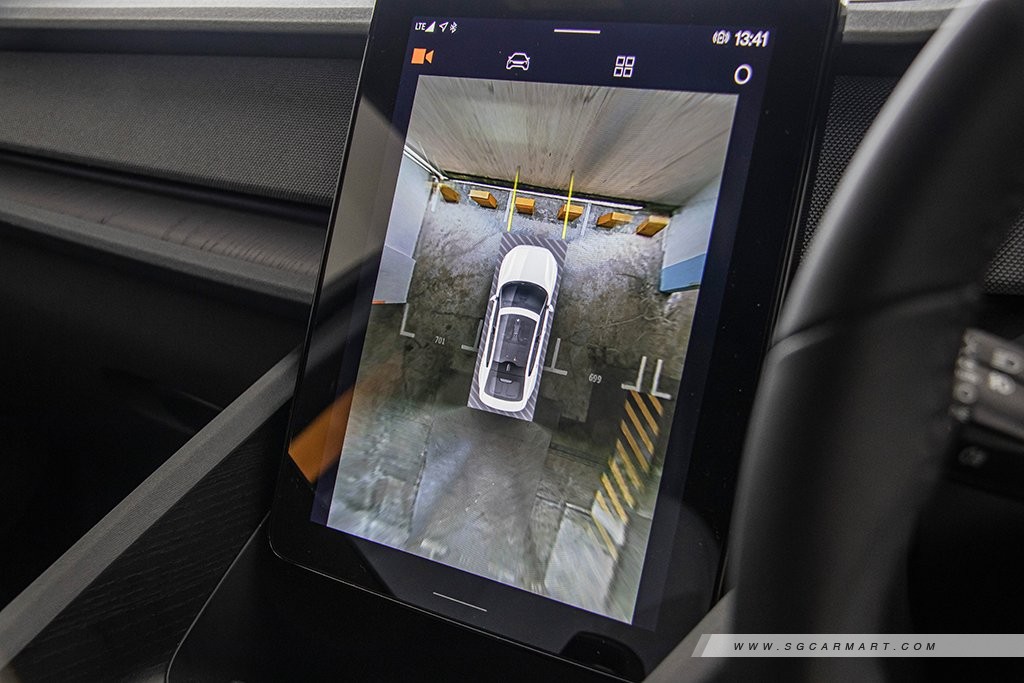 This being a Scandinavian-designed car, there's also plenty of subtle design touches, like the frameless wing mirrors, the Polestar logo projected onto the roof, covers for the USB-C ports, or the way the ambient lighting is tucked underneath surfaces like cove lights. It makes for a classy interior space.

Of note, you get a large panoramic sunroof. There's no way to cover it, but you shouldn't be overly worried about heat. The tinting on the sunroof and rear windows are extremely dark (LTA-approved, surprisingly), which does a good job of keeping heat out.

This is also a sustainably designed car, so the entire interior is vegan. I think the mixture of textiles add to the avant-garde feeling in the Polestar 2. 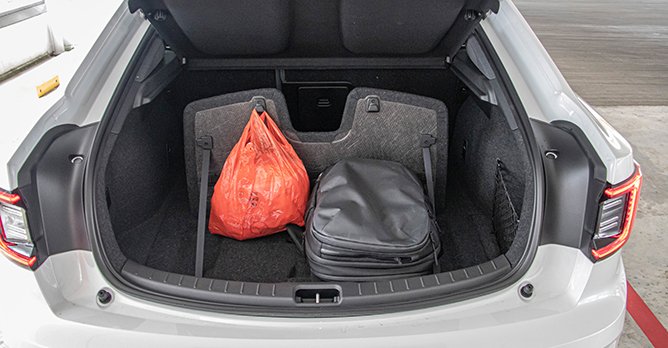 I also like that Polestar has taken a considered approach to how drivers will use the car. So, you get smart, functional features like a stowable hook in the glovebox, two small storage spaces either side of the centre console, as well as a flip up boot partition that has integrated hooks.

Overall space is adequate. The boot is a good-enough 405 litres. Rear room is compact sedan-sized, though there's confusingly still a transmission tunnel hump. The rear door aperture is a little on the smaller side, and I do think the rear doors don't open quite wide enough. The view out back from the driver seat also isn't great, as the rear windscreen aperture is small. 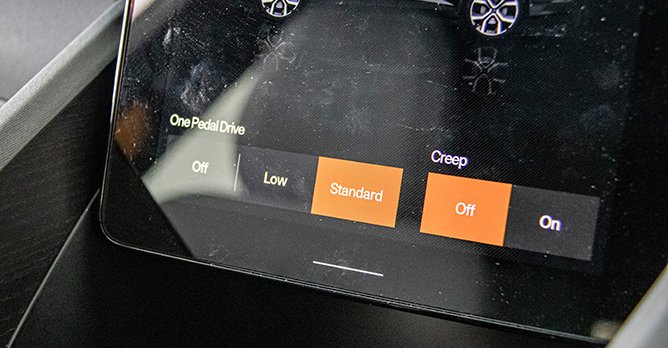 Look closely and you'll notice there isn't any on/off switch for the car. The car actually turns on when it detects your bum on the driver seat. Press the brake, engage drive, and you can start your journey. The reverse is also true. Come to a stop (you don't even need to engage park if you have creep turned off), open the door, get out and the car automatically shuts itself off. I love it. It's so convenient and fuss-free.

On the road, the Polestar 2 delivers a highly convincing EV experience. It is quiet, smooth, vastly quick (this is the 300kW Dual Motor version that does 0-100km/h in 4.7 seconds), and does all the EV things well. 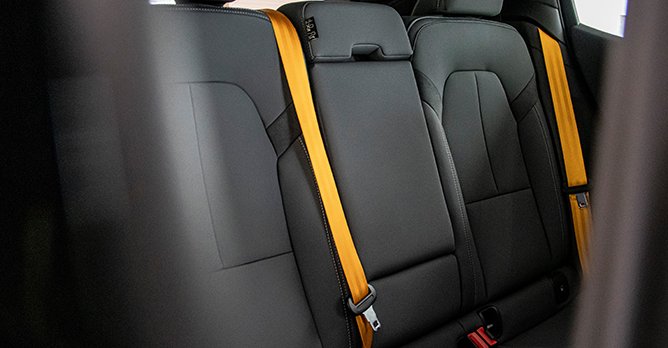 This test car comes with the optional Performance Pack, which includes 20-inch forged rims, Brembo brakes (not really necessary since most of the braking should be done using the electric motors), Öhlins manually adjustable dampers, as well as golden seatbelts. The ride on the Öhlins dampers out of the box is a little too firm for my liking, though that can be adjusted, but beyond that there's little to fault about the way it drives.

The Polestar 2 also gives you plenty of choice about how you want to drive. You can choose from either standard, low or zero regeneration, as well as whether you want to have creep on or off. So, if you like the one-pedal feel, then go for it. But if you don't, you have that option too. 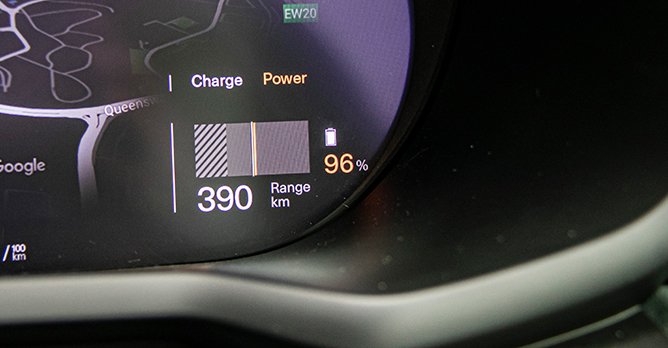 There's also the wide range of safety and assistance systems that's a Volvo staple. Pilot Assist is useful for the tedium of everyday driving. You do have to toggle to it unlike the latest face-lifted Volvo range where it's consolidated in one single button press, but once on you can let it accelerate, brake and keep in lane for you. It's not the most extensive system in the world (some other brands can do lane changing already), but I think it's good enough for most driving situations.

As far as range goes, this Long Range model's 78kWh battery pack will realistically achieve 400km on a full charge. Charging can be done at up to 155kW at a DC fast charge station, so its EV credentials are solid all around. 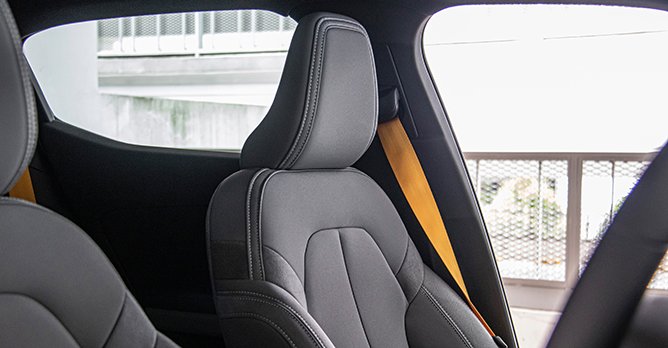 The Polestar 2 has its eyes firmly trained on one rival — the Tesla Model 3. It's more or less the same four-door sedan segment, and the pricing is similar as well. This Long Range Dual Motor is priced at $240k, which is about the same as the Model 3 Performance once you include COE.

The Tesla is quicker, has more range, and gives you access to six 200kW Superchargers so you can actually take full advantage of fast charging. The Autopilot system is also more comprehensive, though how much you trust it is up to you.

However, I'd absolutely have this Polestar 2. You certainly get more car — it's more fully featured, more thoughtfully designed, and a nicer and more premium space to be in. I also like that it's more subtle, both in terms of looks as well as hype. It has less of a "tech bro" vibe about it — nothing about this car feels gimmicky in any way. 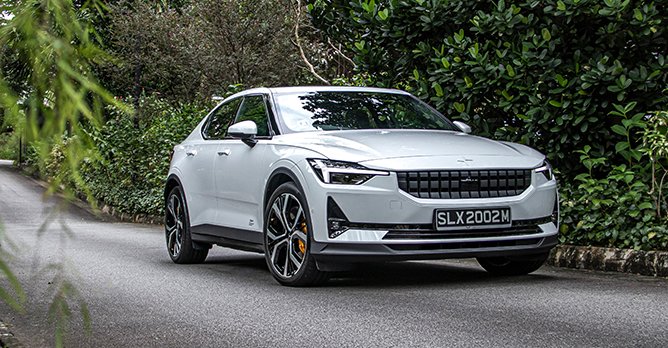 The Polestar 2 also feels like a more thoroughly thought through vehicle that delivers plenty of day-to-day usability and practicality. I like the small touches that Polestar has put into the car. It really highlights how the brand has considered the ways in which drivers will use their cars daily. Small things like convenient hooks, storage spaces, accessibility to controls, etc. This isn't just a tech showcase — it's as much about the car as it is about the electric.

For the money, I think this is currently one of the most complete electric cars that you can buy. Out of all the EVs I've driven this year (and arguably out of all the cars in general), this is most definitely the one I want to own.