If you're looking for an all-electric vehicle with plenty of badge appeal to serve as your daily runabout, this could be just it.

For that price, you get an additional 27bhp and a significant 125Nm of additional torque from the electric motor in the EQA compared to the four-cylinder unit of the GLA200, bringing the final figures to a total of 188bhp and a healthy 375Nm.

However, a total weight of 2,040kg ensures that the EQA250 will still only accomplish the century sprint in 8.9 seconds, 0.2 seconds behind the time the GLA200 will take to perform the same feat. 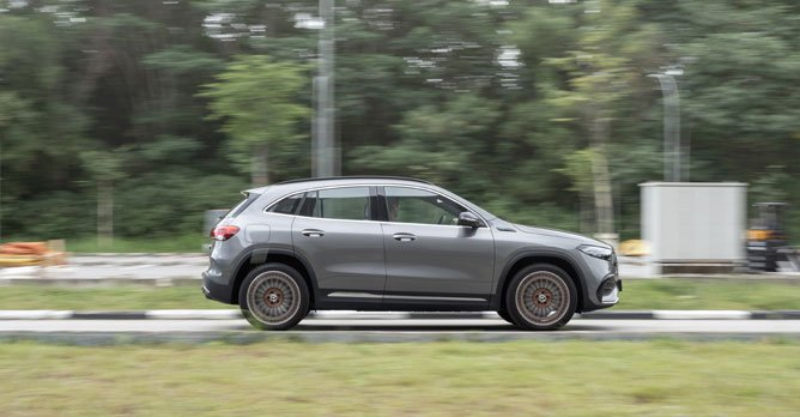 So, you're paying more for a slower vehicle. But don't let that deter you from going the electric route.

From behind the wheel, the EQA feels anything but slow. Darting from street to street, the crossover always feels light-footed, thanks to a progressive but light accelerator pedal and an equally light steering at low speeds.

And there's also quite the comfortable drive to be had. Once you get going, the EQA will impress with its quiet drive, with tyre roar only making itself heard once you're above 60km/h on decently smooth roads, and wind noise only becoming audible at highway speeds.

Ride quality is also remarkable in this electric crossover. It's a comfort-tuned suspension, which allows the car to ride over all manner of bumps and ruts well.

Slow down for a stop, however, and you'll find a brake pedal that can be difficult to modulate, offering up loads of stopping power from very early on in its travel. 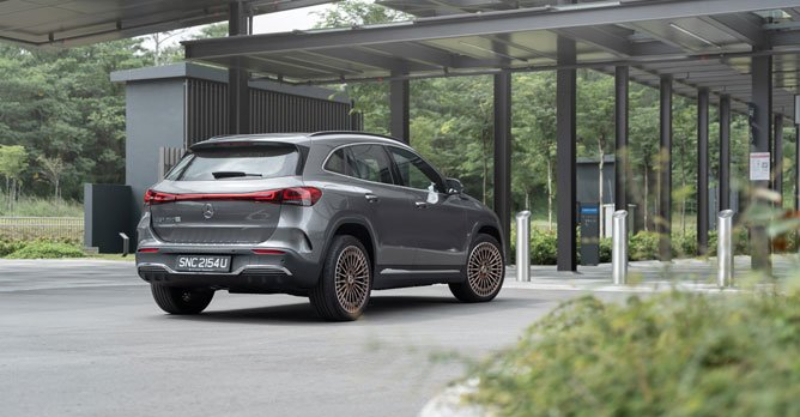 Thankfully, you can opt to activate the car's regenerative braking system instead, which offers easy toggling between the four available levels via the steering wheel paddles.

An additional 'Auto' mode is also offered which changes the level of braking delivered based on your distance from the car in front of you. Set into this mode the EQA manages to detect the car ahead reliably. 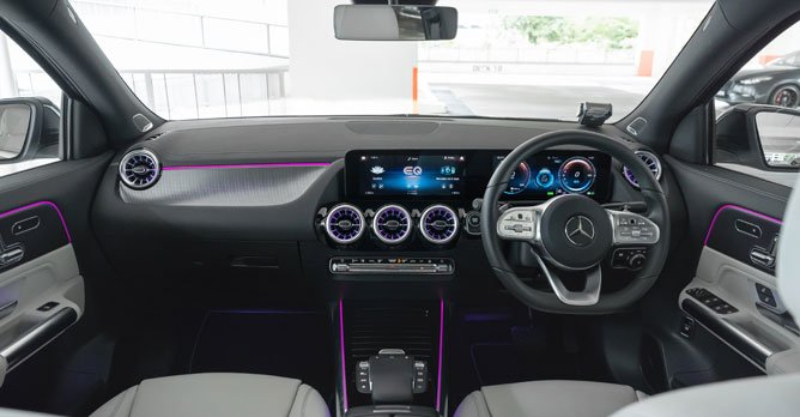 Once you're done driving, you'll note the EQA is also one mighty fine-looking crossover to look at, justifying its higher asking price.

Up front, there's a gloss-black blanked out grille, while at the back, the full-width light bar and redesigned taillights ensure that it does not get mistaken for the regular GLA.

Opt for a 'Edition 1' model like the one you see here and there's also those rather tasty 20-inch rims to look out for.

The cabin of this special edition meanwhile, gets seats upholstered in Neva Grey leather sporting a 'Cyber Cut' effect, and blue stitching throughout. Plus, there's also a lovely key fob that's finished in rose gold.

It's generally a mighty pleasant place to be in, this EQA. Those at the front will get to enjoy a tall seating position, which makes visibility out onto the road excellent.

The twin 10.25-inch screens familiar from the rest of the Mercedes compact range also continues to impress in the EQA, now with the addition of new 'EQ' readouts that allow the driver to easily keep track of the car's energy consumption.

Taller adults seated at the rear, however, won't appreciate longer drives in the EQA. 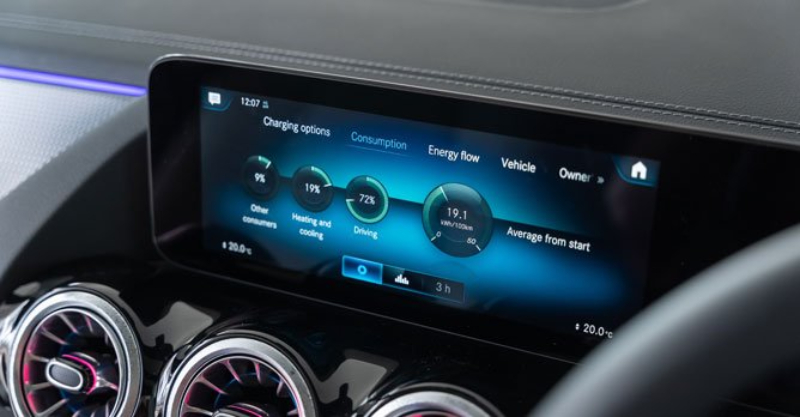 A raised floor here which makes space for the battery means that you're forced to sit with your knees higher than usual, without any support on the lower thighs, which I'm sure will leave your butt aching after long hours.

Otherwise, knee, leg, and head room for all passengers is decent.

With an average energy consumption rate of 5.2km/kWh, you should be able to extract a real-world range of close to 345km in the Mercedes-Benz EQA.

Charging from a 7kW charger meanwhile, should take you close to 9.5 hours to fully top up that 66.5kWh battery. 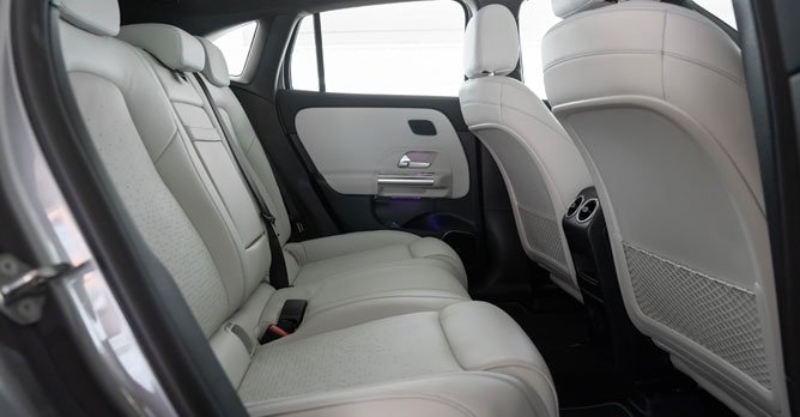 Shoppers here looking for a premium electric crossover will most likely be comparing the Mercedes-Benz EQA against the Lexus UX300e, which is asking for just $1,088 less than this 'Edition 1' model (all prices as of Dec 22, 2021), and comes with 13 more bhp while managing to reach roughly the same real-world range when we tested it a few months back.

However, those that cannot charge at home will want to note that the Lexus, with its CHAdeMO charging port, will not be able to make use of much of Singapore's fast charging network.

So, this Mercedes-Benz EQA would be a more practical option for many.

Add to that the fact that the EQA is an electric crossover that is stylish both inside and out, and one that delivers on quite the pleasing and comfortable drive, and your choice should be a no-brainer.