From the funky compact Hyundai Venue to the executive-looking larger-than-life Hyundai Palisade, the Korean marque has been revamping its SUV lineup for the past couple of years. And the latest fourth generation Tucson is no exception.

So if you're reading this story, it could well mean that you're also considering other mid-sized SUVs like the Honda CR-V, the Nissan Qashqai and the Toyota RAV4. You could even throw the Seat Ateca, the Skoda Karoq and the upcoming Volkswagen Tiguan into the mix.

Yes, it's a crowded segment. Crowded enough to be easily forgotten if carmakers decide to 'play it safe' with their cars.

The bold and the beautiful 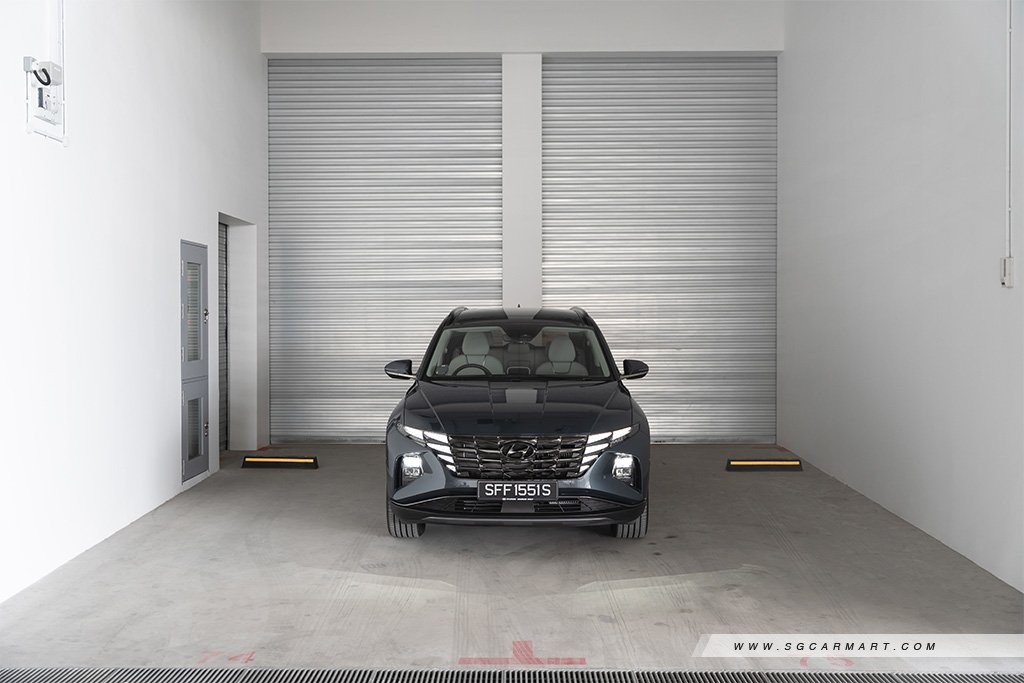 But not quite the Hyundai Tucson that you see here on this very page. The car looks nothing like before. No, in fact, the car looks like no other on the road today. With a strong and eye-catching grille that has the head lights, daytime running lights and indicators integrated into it, the Hyundai Tucson stands out in an overcrowded segment, which is a good thing.

Hyundai calls this design the Parametric Hidden Lights, where it allows the grille to appear like jewels when the lights are turned on, especially at night.

As a result, getting eyeballs on the road is a common affair. During my four-day test drive with the new Korean SUV, I got stares of curiosity and prying eyes of envy as fellow road users and motorists walked pass and drove by me. 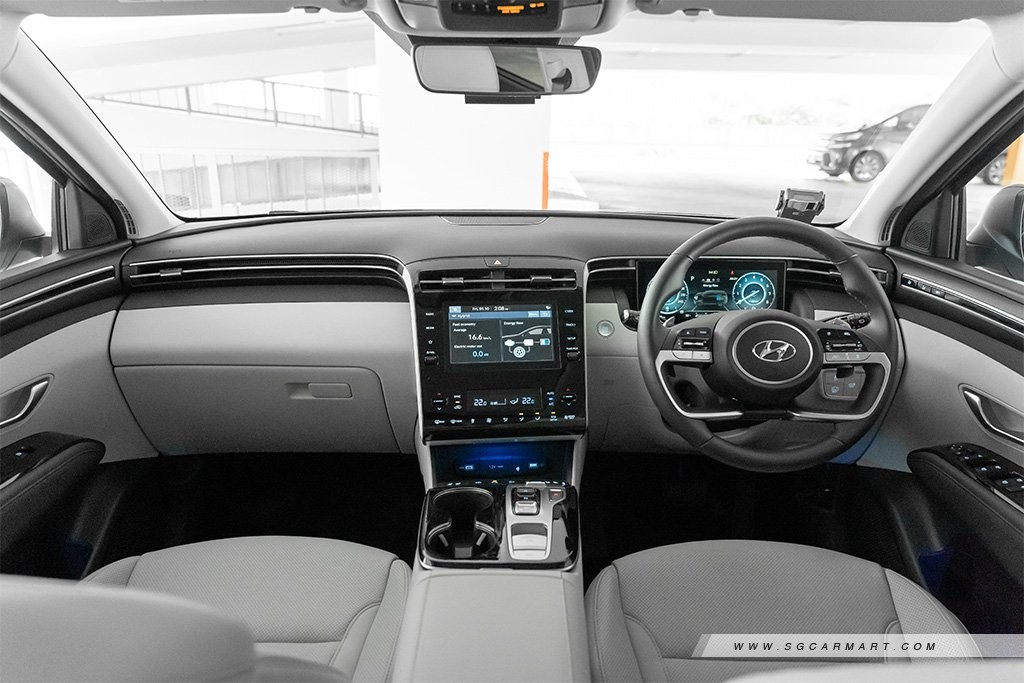 And that wasn't the end. Even my daily passengers (specifically the missus and the kids) were constantly in awe of the cabin. In here, occupants are treated to a well-built environment that's made up of high-quality beige leather and premium bits of chrome and piano black trimmings around the gear selector.

This gives off a premium vibe that none of its other peers in its class seem to be able to exude.

From the crisp 8.0-inch infotainment screen and 10.25 fully digital instrument cluster to the high-quality materials used and solid fit and finishing in the cabin, there's nothing in here that would look out of place in an SUV that's one class above it. 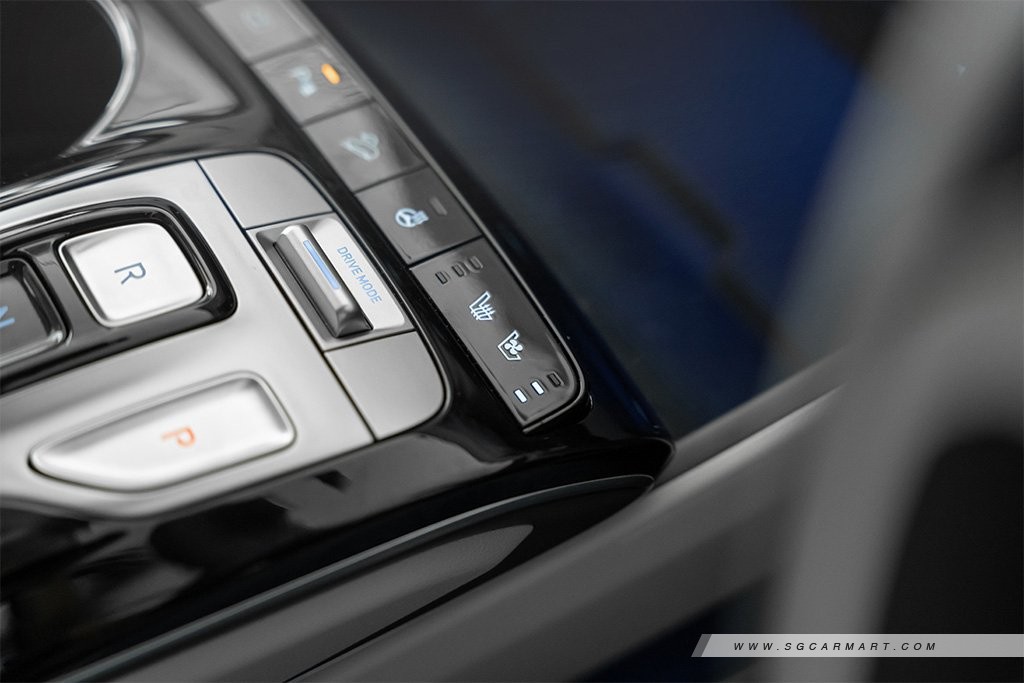 To add on to the quality of the cabin, the Tucson also comes with a useful feature that automatically lowers the volume of your stereo with a touch of a button. Quiet Mode, as it's called, mutes the audio in the back seat while lowering it in the front, allowing your occupants (usually kids) to take their needed naps.

In other usual cabin news, the Tucson offers up ample space for three full-sized Asian adults at the rear seats and offers a generous 620-litre boot space - a size that's easily the best in its class. It's also easy to find a good seating position up front, thanks to generous electric adjustments.

In style and rhythm 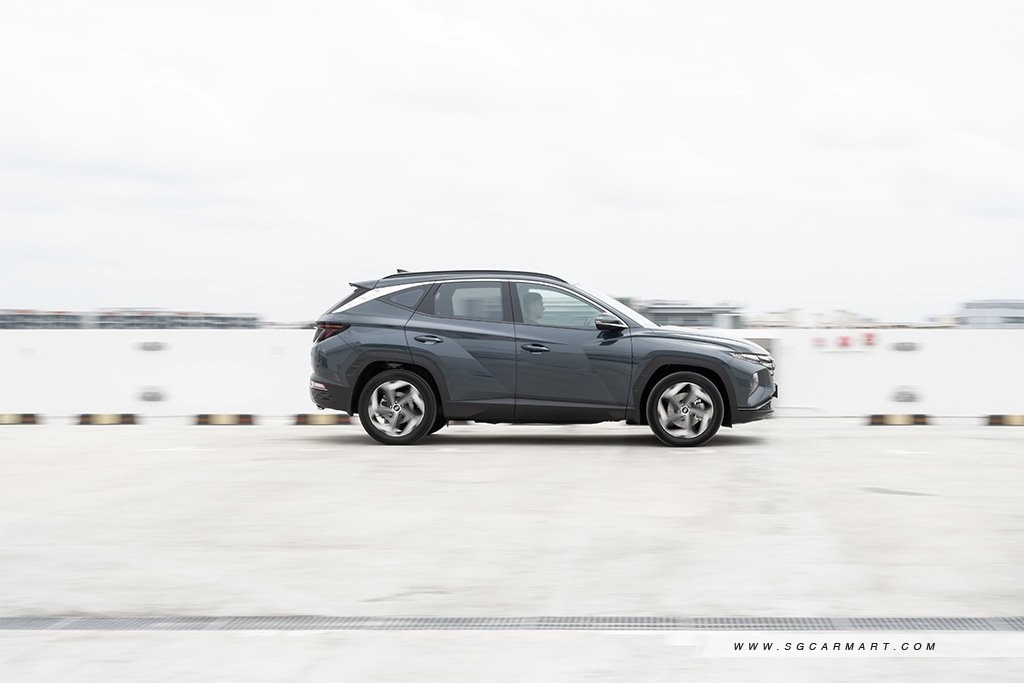 Quite possibly also one of the best in class is the way the Hyundai Tucson behaves on the tarmac. The car impresses with its moves and grooves both on the straights and around bends. It's not the sharpest nor the nimblest SUV, but it does have ample enthusiasm should you ask for it.

With a combined output of 227bhp and 265Nm of torque sent to the front wheels, the Hyundai Tucson offers plenty of verve without any compromises on comfort. It gets from zero to 100km/h in a respectable 8-second timing, which faster than capable cars like the BMW 3 Series Sedan and the Volkswagen Golf, while still being able to ride over undulations with composure.

Still, it does roll a fair bit should you decide to man-handle the car around bends but it will still tackle them confidently with its quick and consistent steering, even though I suspect none of the buyers of such a car would behave the way I did with it on a daily basis. 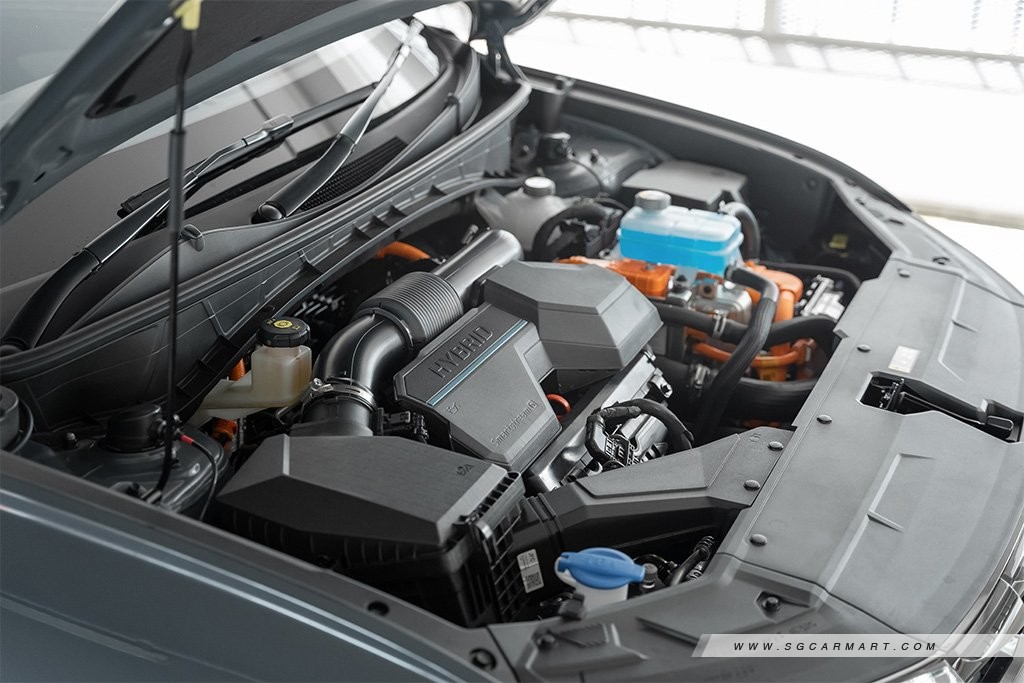 Take it down a couple of notches and drive sedately, however, and the good-looking SUV here will be more than happy to pot along quietly and efficiently without any fuss. During my time with the car, I managed to attain 19.1km/L, not too far off its claimed 20.8km/L.

This feat is possible because the car is able to switch to full electric mode automatically quite often, even as you're cruising.

This helps to maintain the vigour of the car without sipping on fuel. And more often than not, the transition happens so quietly and smoothly that the only tell-tale sign of the switch is through the digital cluster when the tacho needle remains at nought. 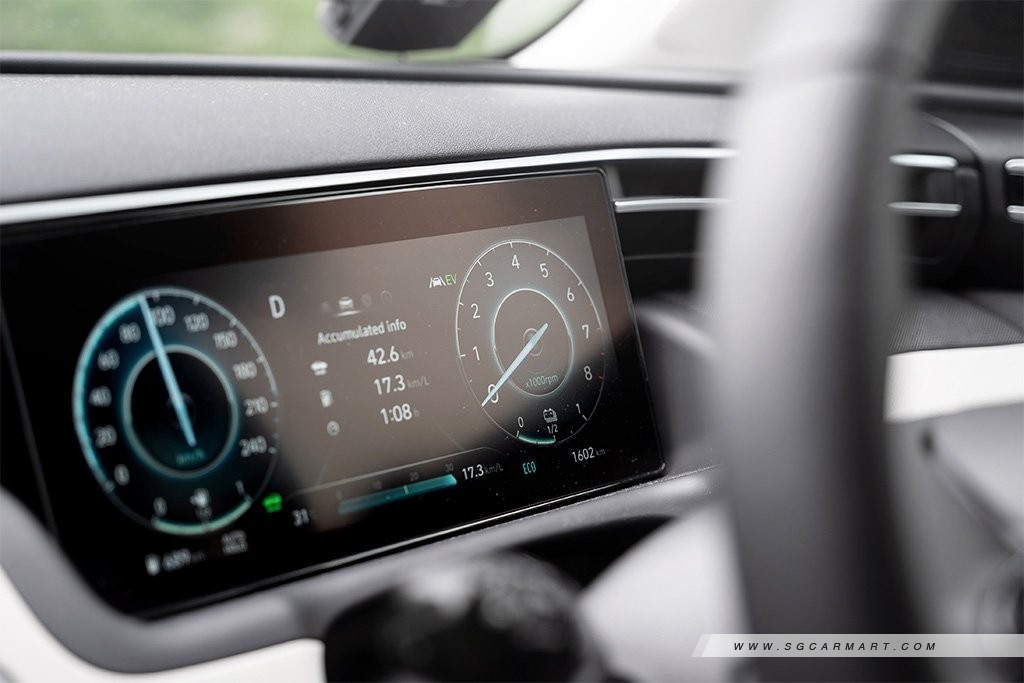 In all, the new Hyundai Tucson Hybrid is quite a complete car. It has the space and grace that will fit the needs of any family man and has the looks and likes of a car that should satisfy all but the most demanding car buyer.

Hence, it's not hard to see why this car is highly capable of appealing to both the head and the heart.

CarsLifestyleElectric and hybrid vehicles
Share this article
This website is best viewed using the latest versions of web browsers.