This is the brand new Audi RS e-tron GT, an all electric car that charts the way forward for the Ingolstadt brand.

This is the brand's flagship electric car, demonstrating the exciting electric future that's heading our way. And, this RS-badged model is also a look at what performance motoring will likely be in the future. In fact, this is the fastest accelerating Audi that's offered in Singapore.

Let's get something out of the way - yes, this e-tron GT is built on the same platform as the Porsche Taycan, so there's understandably plenty of technical and dynamic similarities between the two models. 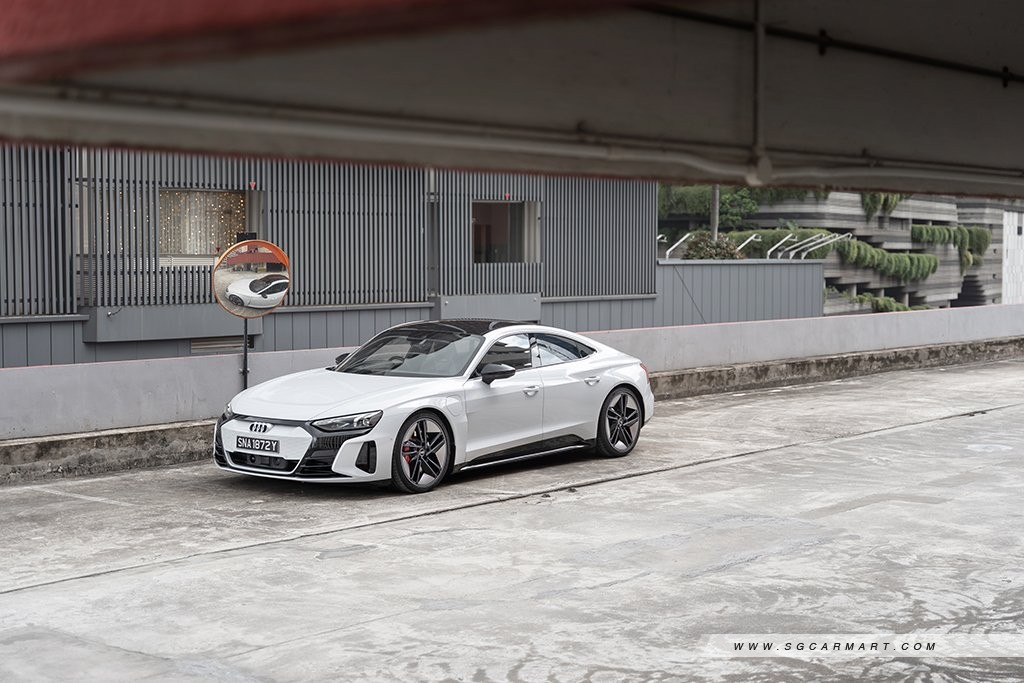 However, the e-tron GT does immediately set itself apart with the way it looks. This is a elegantly beautiful car, and easily one the most visually pleasing cars that's been launched in recent years. With its long body, sweeping lines, smooth surfaces and low stance, the e-tron GT exudes a sense of visual motion and fluidity.

Clad in this white and black paintwork, there's also something immediately sci-fi about the way it looks. Yes, the glossy shiny surfaces of black and white does remind you of a stormtrooper's helmet, and that definitely evokes futuristic spaceship vibes.

Inside, it's a more grounded and familiar affair. Many of the interior design elements are familiar from the rest of the Audi range, including the virtual cockpit plus and the central MMI touch display, as well as a row of physical buttons for climate control functions. It's a highly functional and intuitive space, albeit not quite as futuristic as the three-screen setup in the Taycan. 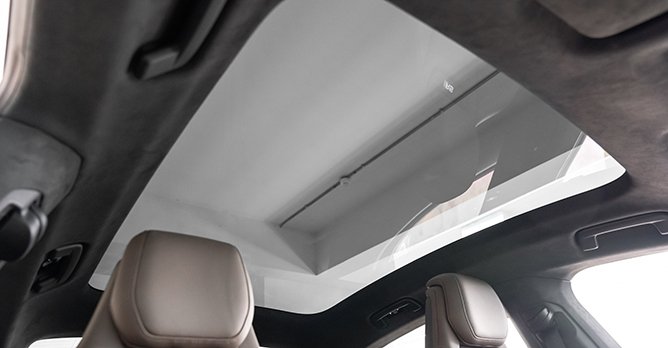 Overall, the level of comfort, luxury and quality is exceedingly high. This is a top-of-the-range Audi, so you'd expect nothing less.

Space-wise, the e-tron GT is comfortably-sized, though like the Taycan, it's not quite as spacious as its overall body size would suggest. Space is comparable to a compact sedan like an A4 or a 3 Series. Also, visibility out of the narrow rear windscreen aperture is really limited. At the back, there's a reasonably-sized 405-litre boot, while the front offers an additional 85 litres of storage.

On the road, the e-tron GT immediately impresses with its stellar refinement and comfort. Ride quality is excellent thanks to the air suspension, which capably dispels with any bumps in the road despite the car's overall heft (over 2.3 tonnes). When driving, there's the vague hint of the electric whine that Audi calls the 'e-tron sport sound', but beyond that it's pleasingly quiet. 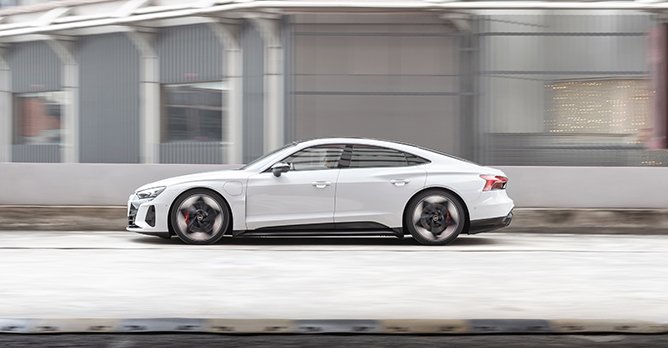 Don't let that fool you into thinking this is a docile little pup, because it most certainly isn't. In this RS guise, the car packs a whopping 590bhp (which can be briefly boosted to 637bhp) and 830Nm of torque.

830Nm of instantly deployable torque is a figure that's honestly a little hard to fathom. The car's ability to collapse the space-time continuum is absolutely shocking. Acceleration is vicious and borderline frightening. Stamp your foot down and the car quite literally rockets forward, dispatching the century sprint in 3.3 second

And, this isn't just some launch control party piece. The car is capable of that kind of frightening instant acceleration anytime, at whatever speeds, even in the middle of a corner, which means that you best warn your passengers beforehand for fear that they might throw up. 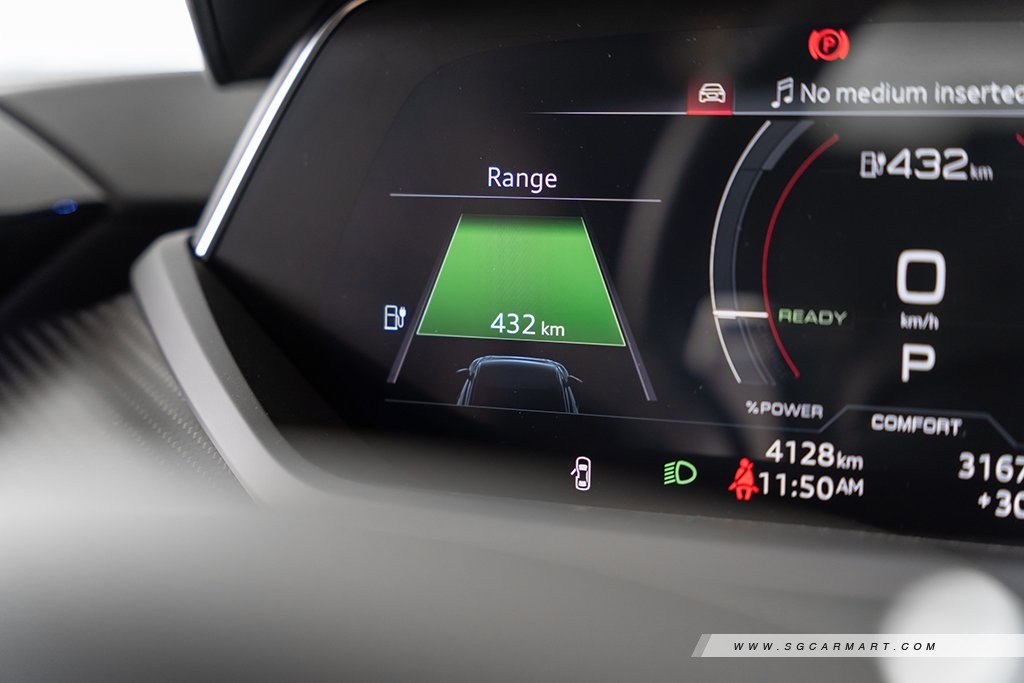 The RS e-tron GT's instant turn of pace is ludicrous, though it's best used sparingly, because that kind of vicious acceleration will get tiring after a few goes (and it's going to take a toll on your neck muscles, too).

Driven lightly, the RS e-tron GT really shines. This is a grand tourer after all - over long distances, the car's effortless pace and serene ride quality come to the fore. There's smooth power to be had from the electric drivetrain, and when driven lightly there's an effortless ease to the experience that's entirely relaxing.

The car also tends to cruise rather than regenerate when you come off the throttle, so you can roll along the highway quite easily. You can also switch on the adaptive cruise control and let the car do a lot of the driving for you. It will come to a standstill, and move off when the car ahead does, so this is perfect for heavy traffic situations. Driven sensibly, you can easily expect to get over 430km of range out of a single charge. 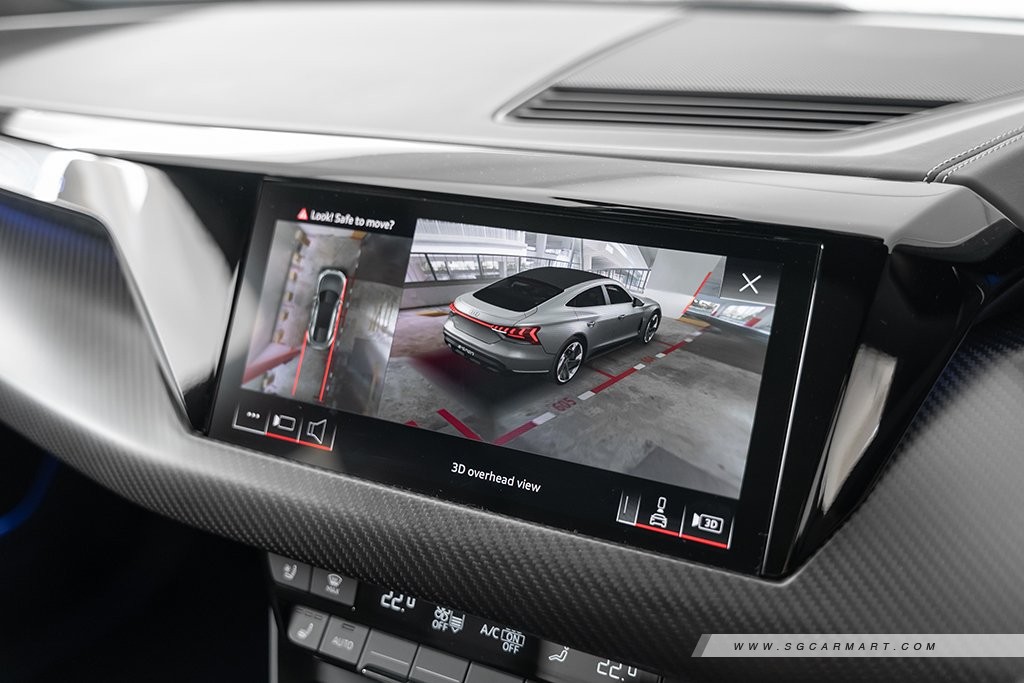 Compared to the Taycan, this e-tron GT is also less aggressively tuned. The overall steering and suspension setup is slightly more relaxed, which is befitting of its GT personality.

One thing to note - the car is very low to the ground, you want to look out for those parking kerbs when reversing into the lot. 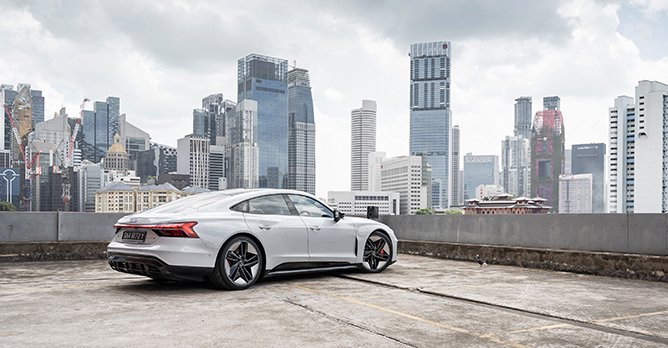 However, this is a statement piece as much as it is a technologically advanced piece of machinery. This is about setting the high bar for the brand as it moves forward and, in that regard, this RS e-tron GT stands tall.

Beyond just it's outrageous performance, the RS e-tron GT encapsulates the pinnacle of the Audi experience - breadth of capability, wealth of luxury, all expensively wrapped up in a beautifully crafted body. And as flagships go, this is one hell of an offering, expensive as it may be.

ALSO READ: The new Audi RS 3: A 5-cylinder pocket rocket for everyday use