Is there a perfect middle ground between blistering performance for the track, and for day-to-day use? BMW's M Division says yes, with the M Performance range.

Fastidiously engineered for proper racing, and fitted with engines tuned to the heavens of power, it is when these lightning-quick celebrities are zipping and squealing their way around Nürburgring (or Sepang, for those of us here in the Asian tropics) that they truly come alive.

But not all who have a penchant for going fast necessarily enjoy the idea of tire-smoking, wheel-spinning driving on a track.

Some want more performance — in measured and palatable amounts. To this, BMW's M division answers the call more than competently with its range of M Performance vehicles.

The BMW M440i xDrive Gran Coupe demonstrates exactly how this delicate balance can be struck, and shows us why this may be the 4 Series that we actually want.

Enhanced performance all around: Subtle but potent

Automotive journalistic duty binds us to addressing the engine first in any car — performance or not — so that's where we'll start.

Whereas the BMW 420i and 430i Coupes come with four cylindered 2.0-litre engines, the M440i xDrive Gran Coupe is powered by an incredible 3.0-litre turbocharged straight-six enhanced with a 48V mild hybrid system.

Here, it's tuned (with the expertise of BMW M GmbH itself, naturally) to the might of 374 horses and a peripheral-vision-blurring 500Nm of peak torque, good for 0-100km/h in a blistering 4.7 seconds.

Doled out in generous servings, such power bumps are carried unremittingly across the M Performance range — from the M135i xDrive hot hatch all the way to the top-of-the-line M850i xDrive Gran Coupe luxe tourer — invigorating them with an entire herd of extra raging horses over their non-M badged siblings. 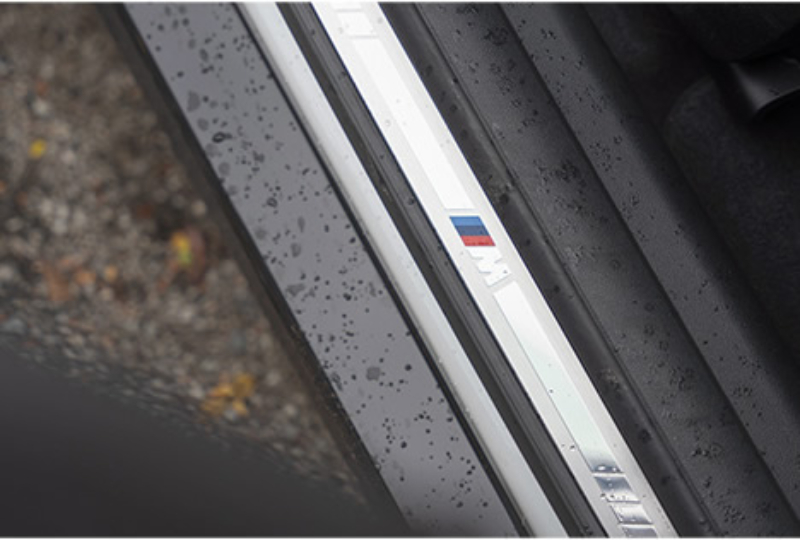 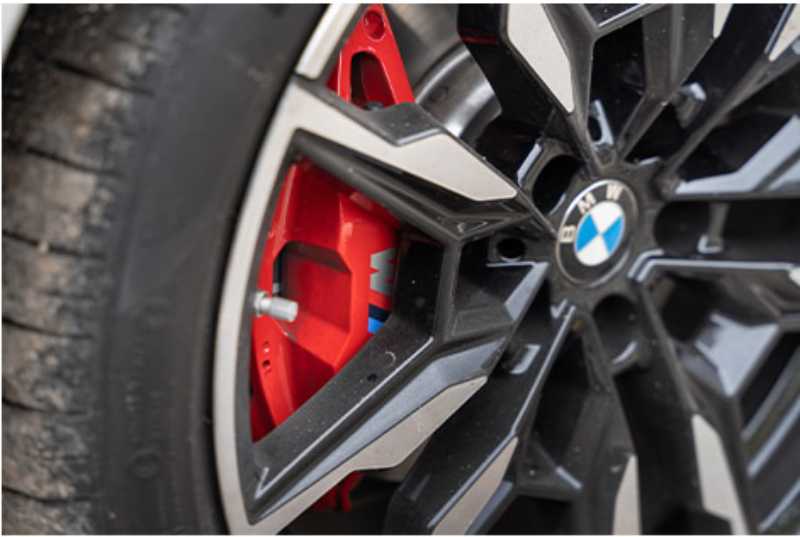 In an M Performance car, you and your front passenger are also hugged by M Sport seats that hold you firmly yet comfortably in place by providing impeccable lateral and lumbar support.

Fitted with meatier M Sport brakes that are standard across the range, the cars also beckon to be pushed a bit harder; you know that they can pull back when you want them to.

To round it off, a specially tuned Adaptive M Suspension helps them remain planted and unnerved through twists and turns. 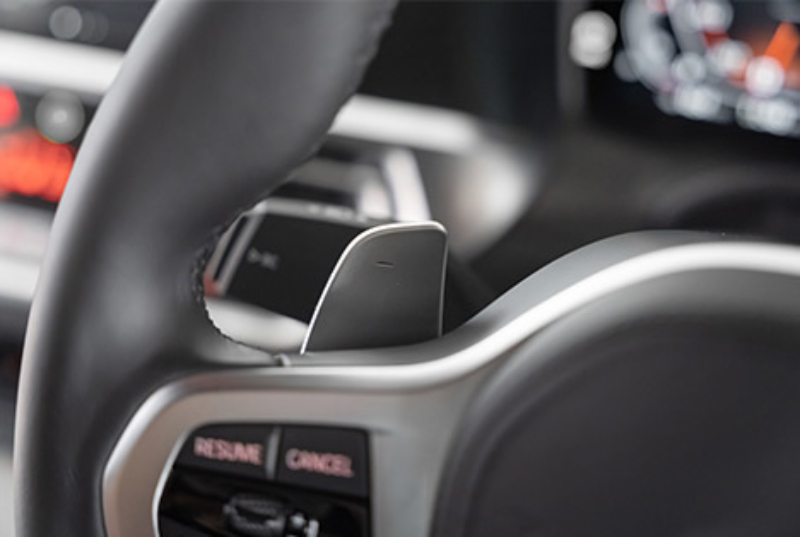 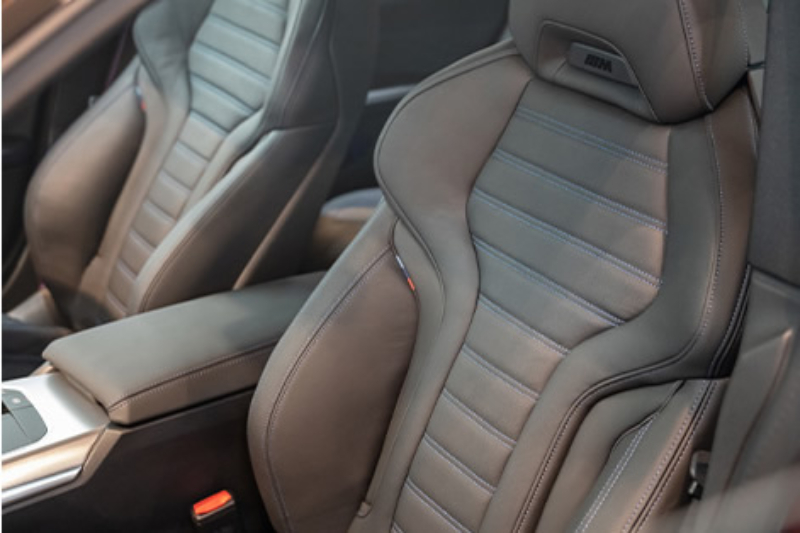 Here, our M440i xDrive Gran Coupe even features an 8-speed Steptronic Sport transmission with paddle shifters which, on their own, already evoke a quasi-racecar experience.

Hidden deeper within, however, is also a playful Sprint function, activated when you pull the left paddle shifter towards the steering wheel for more than a second.

A burst of acceleration arrives as Sport+ mode is awakened, and the chassis and drivetrain leap into their sportiest settings. This may surprise the driver at first, but only grows more and more addictive.

Finally, in an era where restrictions are clamping down harder than ever, the sound channelled through the standard M Sport exhaust is refreshingly genuine, and genuinely good.

Pushed hard enough, there are even the occasional, nice old pops and bangs when you release your foot from the gas pedal.

Power and grip where you need it, how you want it

But M Performance cars are also crafted to instil you with the unshakeable confidence to unleash every last horse in the stable without ever fearing that they may suddenly break free from their reins and spin you out.

As such, alongside every one of its eager M Performance brethren, this BMW M440i xDrive Gran Coupe also comes with BMW's fully variable xDrive system.

With the system's ability to transfer up to 100 per cent of drive torque between the front and rear axles, less power is actually sent by default to the front to make the cars rear biased.

This means that drivers never lose the well-honed driving pleasure and dynamism long associated with BMWs — a crucial, indelible mark of the marque.

Nonetheless, these are ultimately all-wheel drive cars. Together with the M Sport differential on the rear axle, xDrive's communicative network of intelligent and hyper-alert electronics constantly observes both the driver's inputs as well as the road conditions, in turn carefully calibrating how the car drives accordingly.

Over uneven or slippery surfaces, for instance, xDrive can recognise where there is either more or less traction, and adjust the power sent to each axle in accordance.

But then when it senses the driver getting a bit playful — such as during hard cornering — power sent to the inner wheels can be reduced so that your turns are tighter and sharper.

Coupled with larger M light-alloy wheels as standard (they're 19-inches on this M440i xDrive Gran Coupe), grip is fantastic where you want or need it to be.

Whether it's wet or dry, on gravel or tarmac; or whether you're simply demanding more from your machine, the involvement of four wheels rather than two in M Performance cars provides an additional layer of confidence and assurance.

There's absolutely no denying the might and pedigree of BMW's laser-focused M cars, whose steady eyes never once stray from the track.

The sublime rear-wheel drive M4 Competition Coupe, for example, is powered by a racetrack developed version of the M440i xDrive Gran Coupe's sweet B58 to top an insane 503bhp.

It also gets a weight-reducing carbon roof and carbon fibre inserts in the cabin, while its vented M Compound front and rear brakes will firmly hold their ground when you turn the heat up on them through the bends.

It's clear: For the many budding track stars whose palettes are inclined to the most potent of flavours, the answer is M, period.

Yet this is also the point when one may ask himself or herself: "What does my daily driver look like? Do I really want such a track-oriented car?" To this, the answer may well and surely still be "Yes". It may also be a "Hmm, not really."

This, then, is the missing piece of the puzzle that M Performance cars help to fill. Extra power and performance? Check. Extra traction and control to go along with that? Check as well. And they do it in exactly whichever body-style your lifestyle requires too. 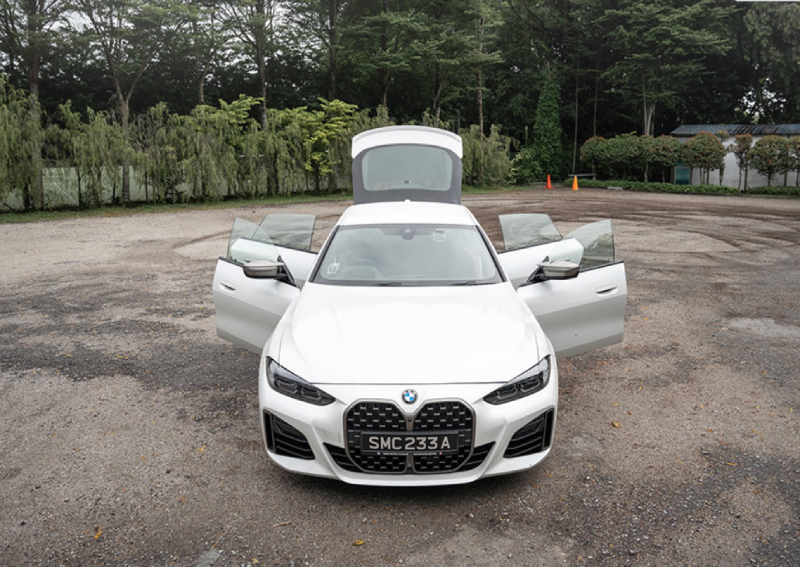 The M235i xDrive Gran Coupe, for instance, is a suitable pocket rocket for those with growing families. The X3 M40i, on the other hand, stands tall before those with a preference for SUVs.

Our M440i xDrive Gran Coupe, with its two extra doors and rear bench with three full-sized seats, also presents itself as a luxurious grand tourer that endears itself as much to daily use as it does to overtaking manoeuvres and pedal-flooring.

Of course — they're all bound together ultimately by excellent cabin quality and spades of comfort and practicality.

The Adaptive M Suspension mentioned earlier isn't also geared solely towards performance, but is capable of bringing day and night into simultaneous existence within the same car by enabling different drive modes.

As you shift between Comfort, Sports and Sports+ settings, electronically controlled shock absorbers on the car are also adjusted accordingly, allowing you to select the exact driving character that you want.

But they also take care to manage and translate these leaps into accessible, everyday fun for the driver. The latter quality, wherein the key difference lies, is crucial.

If an M Car is said to dial the drama up to the maximum, an M Performance car could perhaps be said to turn the knob back just slightly to the left.

After all, the bridge between, say, a 430i Coupe and a M4 Competition, is a surprisingly long one to traverse. For those hesitant to go the entire distance, the M440i xDrive Gran Coupe stands proudly and competently in between — and with five doors too. 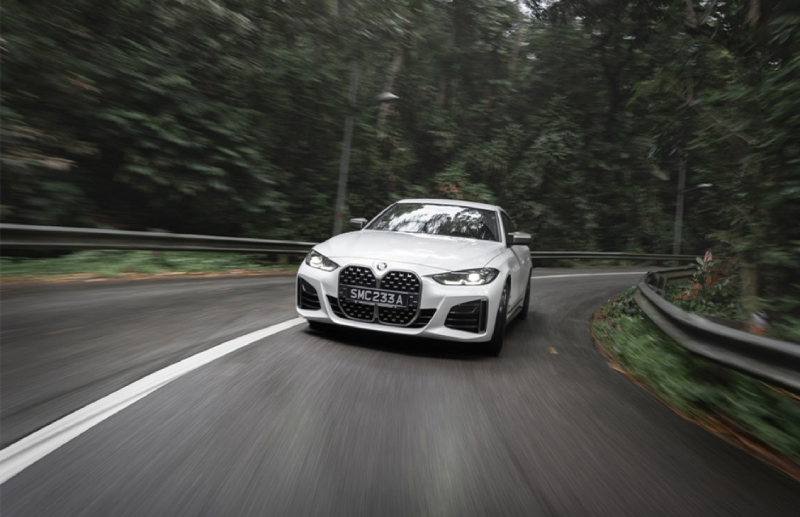 Perhaps then, this is how M440i xDrive Gran Coupe embodies the fundamentals of the M Performance range: Extra performance served subtly, for those seeking thrills but in just the right amounts.

Alongside other members of the club, it offers the driver an alternative that is familiar yet exquisite, exciting yet practical — all at once. And for that, we salute all of them.

READ MORE: BMW 318i review: Sometimes the base is best