Bike review: Harley-Davidson Street Bob is a cool cruiser that's accessible to many With a running weight that's a hair under 300kg, the Harley-Davidson Street Bob is actually the lightest Softail model that the brand makes.

The Street Bob also comes standard with the Milwaukee-Eight 114 engine for MY21, which also makes this the cheapest Harley model equipped with its V-Twin engine. Is this the everyman's Harley, then?

The Street Bob carries all the expected styling cues that you'd associate with a Harley-Davidson cruiser. It's got a low-slung silhouette, tall handlebars, laced wheels, and certainly evokes that old-school vibe.

Here, simplicity is everything. There's little in the way of equipment beyond your essential controls like turn indicators. Even the fuel cap is manually screwed on/off.

There's a tiny dashboard on the riser that displays key information like speed and fuel level, but beyond that there's little else in the way of technology or equipment. Even ABS is an option. 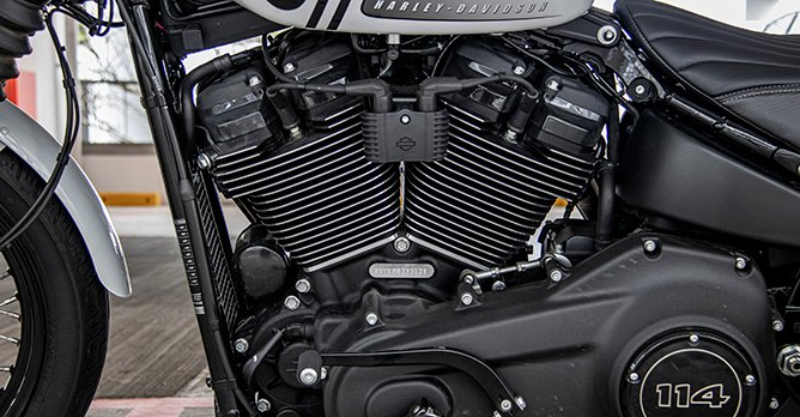 Out on the road, the most immediate feeling is that of ease and swiftness. This is a light bike (relative to most other Harleys), and that immediately shows.

The 1,868cc engine makes a plentiful 155Nm of torque, so pick up is very swift and punchy. More importantly, because there's so much low-end torque, you can easily overtake vehicles without even dropping a gear.

The bike's relative lightness and compactness also makes it quite nimble, so you can easily squeeze in and out of traffic is necessary.

You can also attack bends more aggressively, even if the suspension is on the plush side. There's also a good amount of steering lock, so parking is quite easy. And the taller handlebars do make for easier turning. 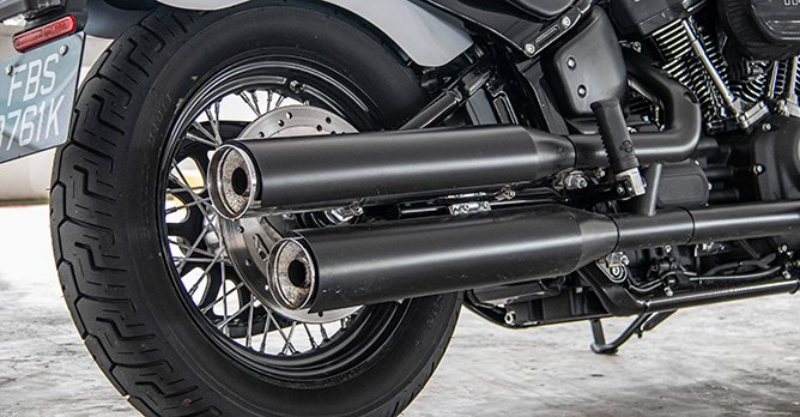 That said, it does affect the overall ergonomics of the bike. I suspect taller individuals will enjoy it more, but I'm not very tall, so I found myself hunching and having to stretch slightly, especially if I need to get on the front brakes (which needs quite a bit of force).

Also, when you cross 80km/h, the riding position means that your chest is going to be getting quite a beating from headwinds.

Somewhat unsurprisingly, this is a bike that's more enjoyable when ridden lightly. The drivetrain is smooth, manoeuvrability is good, and overall comfort is high. 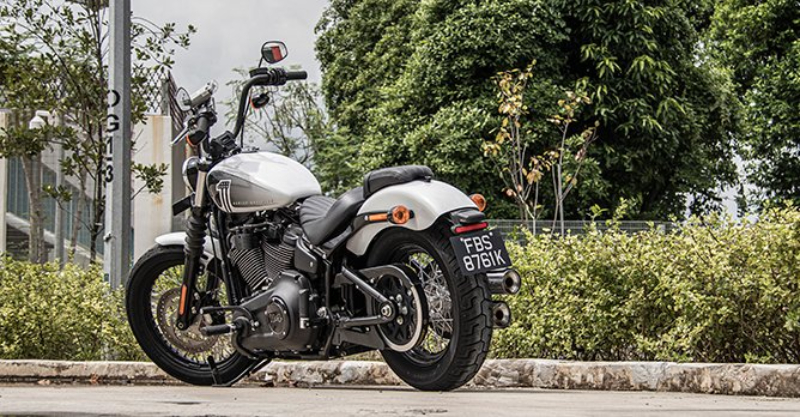 The Street Bob brings a level of accessibility to the Harley experience that's undeniable. You get classic styling cues, the performance and refinement of the Milwaukee-Eight engine, and an overall riding experience that's comfortable and generally easy.

Will it be everyone's cup of tea? I'm not sure. For people who want something punchy, easy to ride and generally quite easy to live with, then yes, the Street Bob is ideal.

It's perhaps not bursting with character, but that's a fair trade off for the accessibility that this model affords.

However, people who want something with more imposing personality and character and a little more attitude will likely look to the Street Bob's bigger, badder brothers.