The biggest sneaker stories of 2021, from ‘Satan Shoes’ to Yeezy news In recent years, casual footwear has grown from a practical concern to a multibillion-dollar industry. The last 12 months in particular have been as hectic in the world of sneakers as anywhere else.

There have been births in the business sense, as newcomers went public on the New York Stock Exchange, and deaths — such as the shocking loss of streetwear style bastion Virgil Abloh.

The year was not without its controversies, as people lined up to claim that Satan was coming to steal the soles and souls of young America with one particular headline-grabbing collaboration.

Here, we take a look back at the biggest stories in sneakers in 2021. 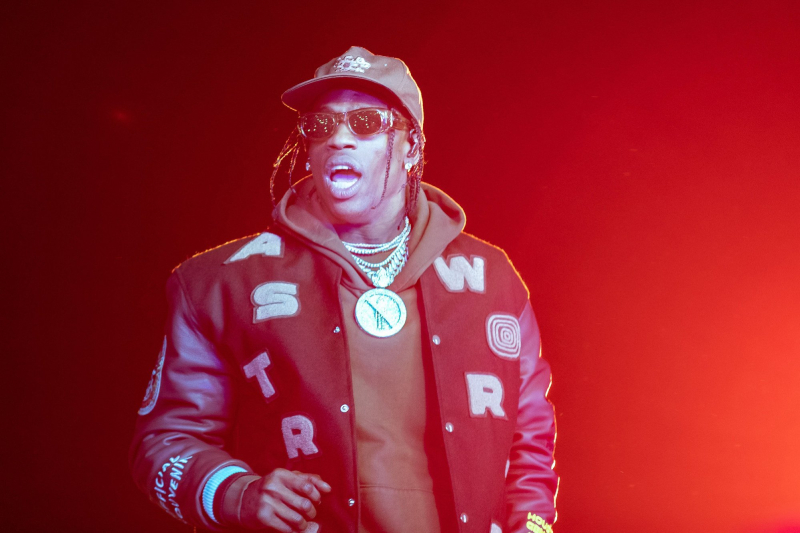 Real life had an impact on the sneaker world after the tragic events at Astroworld, Travis Scott's festival in his hometown of Houston, Texas, where 10 people were crushed to death and 300 injured as the crowd surged to see the headlining rapper in November.

Nike, long-time collaborator with Scott, indefinitely postponed the Dec 16 release of his Air Force 1s, while Dior is yet to announce if its upcoming menswear collaboration with Scott will go ahead.

Despite the decisions — and ongoing lawsuits against Scott and co-organiser Drake — prices for Scott and Nike's "Cactus Jack" shoes on resale sites remain sky high.

Sneakerheads were among those to express shock when Louis Vuitton and Off-White designer Abloh's death was announced in November after a private battle with cancer.

This manifested as a run on his prolific output of Off-White x Nike collaborations and a surge in prices for the shoes on sites such as StockX, where one pair of Off-White x Air Jordan 1s went for U$10,500 (S$14,245) on Nov 28 — the day the 41-year-old's death was announced.

Prices on such reselling platforms have since stabilised, but are still higher than in the weeks before his shocking death. 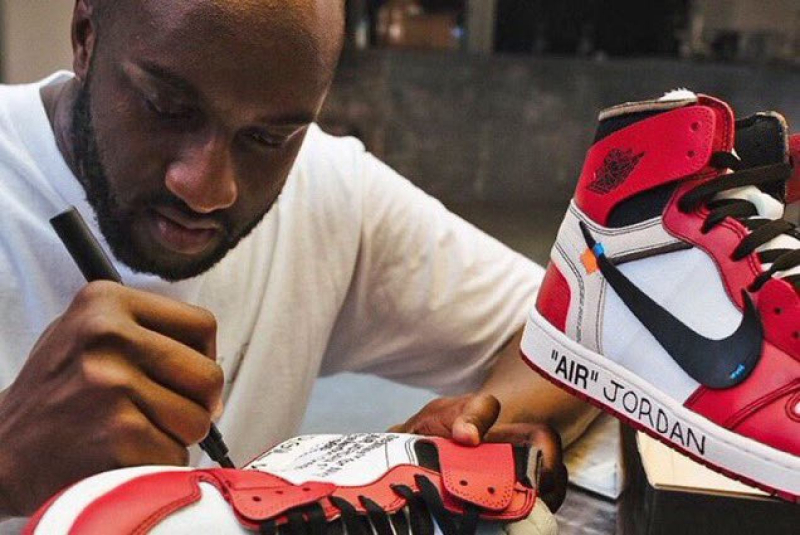 The Adidas Superstar shell toe shoe was the peak of culture in 1986 when US hip-hop group Run-DMC released My Adidas, and a survey has found the last 35 years have done little to dent the impact of the iconic Three Stripes silhouette.

Shell toes topped the list of Instagram's most posted shoes in 2021 according to a survey conducted by eBay, with more than four million posts — a million more than Nike's 1982 designed Air Force 1s.

The old school clearly had something of a revival this year, as witnessed by the boom in sales for Vans slip-ons after the success of Netflix hit Squid Game. 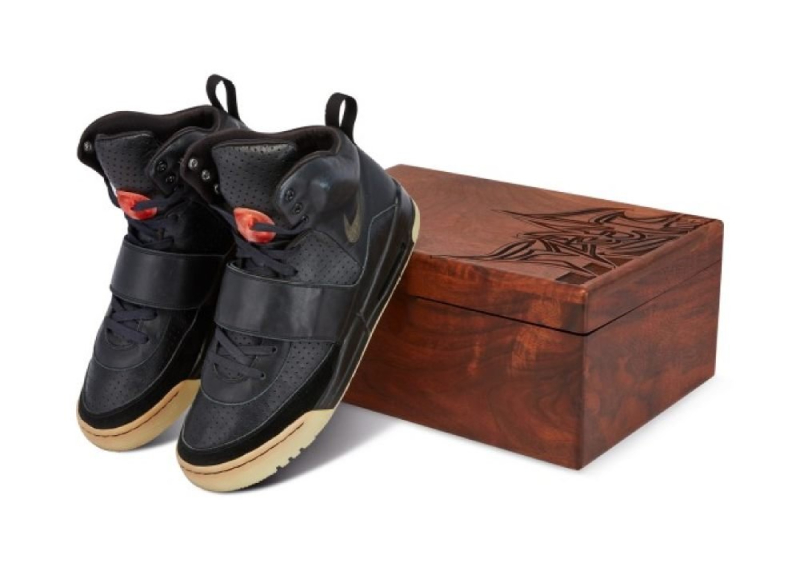 The indefatigable Kanye West made plenty of headlines this year, whether it was changing his name to Ye, his split from Kim Kardashian or releasing a new album.

The sometime sneaker designer also found time to set the record for the most expensive sneakers ever sold at auction.

His prototype Nike Air Yeezy 1s that he wore at the 2008 Grammy Awards sold for US$1.8 million in an April auction at Sotheby's, almost triple the previous high of US$615,000 paid for the Air Jordan 1 "Shattered Backboard" sneakers last year. 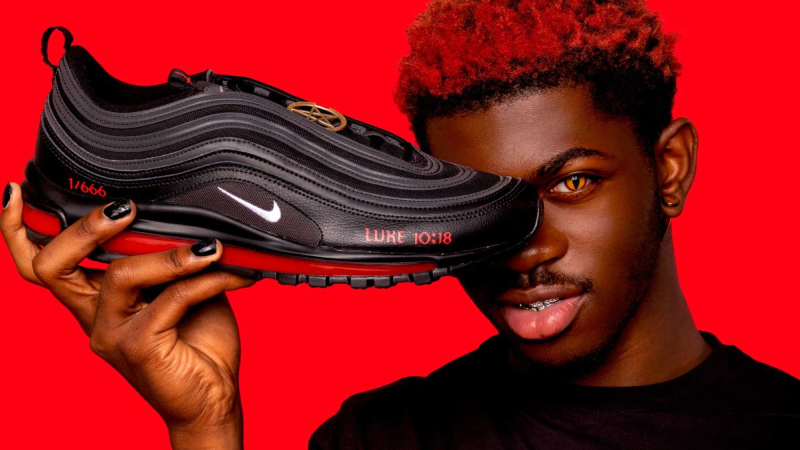 Perhaps the most controversial sneaker release of the year was the so-called "Satan Shoe" collaboration between design group MSCHF and musician Lil Nas X in March.

The Nike Air Max 97s were customised with details such as a drop of human blood in the air unit and pentagrams, with the run limited to just 666 pairs.

Aside from selling out immediately, they got religious Middle America up in arms and resulted in Nike suing the internet-collective design group — just as they were sued for using the Air Max 97 model for their "Jesus Shoes" back in 2018. The "Satan Shoes" lawsuit was swiftly settled.

Sneaker reseller "West Coast Joe" hit the headlines for all wrong reasons this year after Bloomberg Businessweek reported that his mother, Ann Hebert, had left her role at Nike after 25 years following the revelation that the 19-year-old had used his mother's discount privileges to furnish his inventory.

It was not the only accusation of nepotism this year, with Michael Jordan's son Marcus accused of reselling his Trophy Room x Air Jordan 1s designs for above retail price before they were officially released. 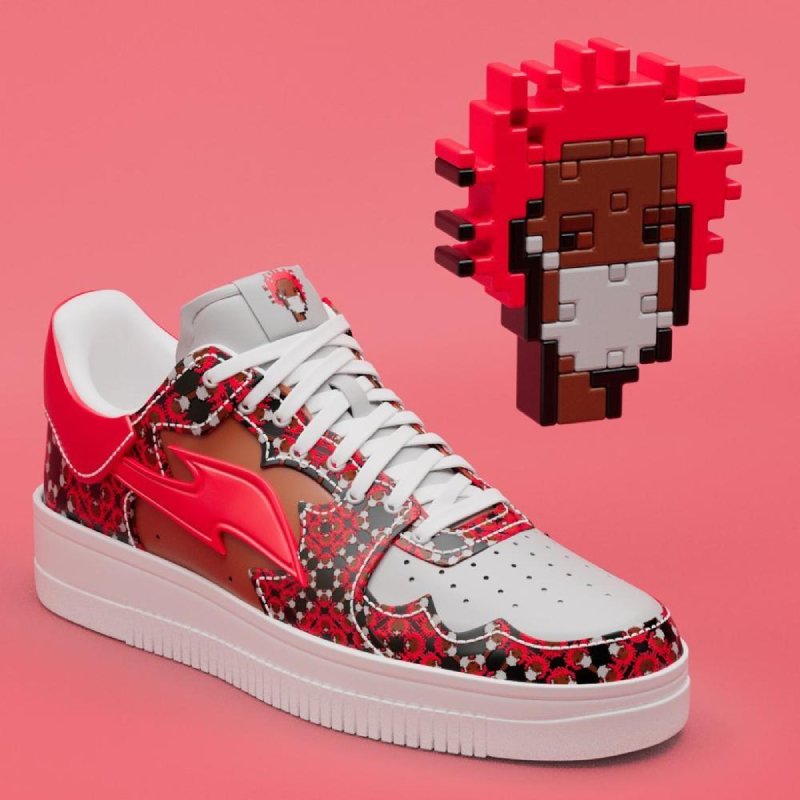 The sneaker space was quick to get into the world of NFTs, cryptocurrency and the metaverse this year, with RTFKT dropping the first sneaker NFTs — and raising US$3.1 million — in March before Nike bought the company in December.

Other big names in the NFT space include SNKR Project, AI Sneaks and CryptoKickers, while celebrities such as Bobbito Garcia and French Montana got in on the act with sneaker NFTs of their own. 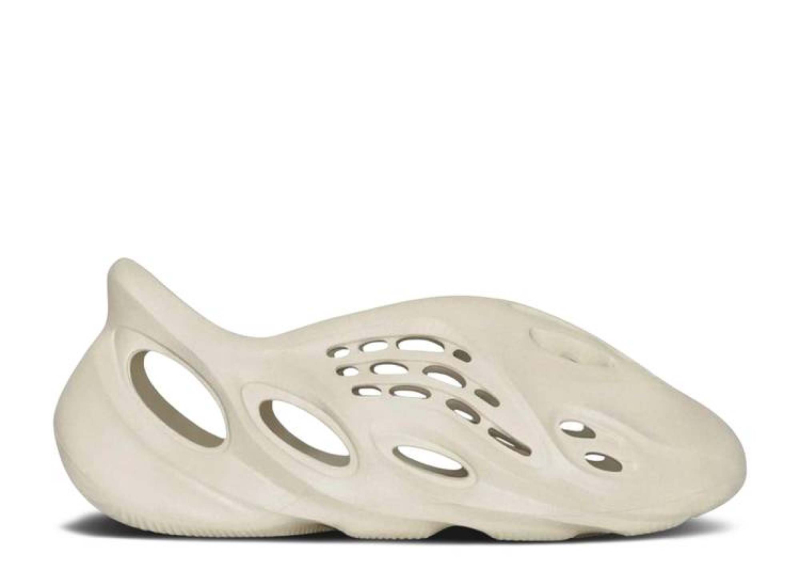 Kanye West and Walmart put the lit in litigious this year as they sued one another.

The retailer sued the rapper over a disputed logo, before West hit back over Walmart selling knock-off versions of his divisive "Foam Runner" shoes for well below the US$75 retail price.

Later in the year, Vans did the same to Walmart over cut-price skate shoe knock-offs on the Walmart marketplace, while Nike issued lawsuits to a number of shoe customisers, including one former employee. It turns out that there is no business like shoe business.

Two of the newest names in the sneaker market went public this year, with Allbirds's IPO in October following On Running's in September.

The latter, a Roger Federer-backed Swiss brand, raised US$746 million, while sustainable shoemaker Allbirds raised more than US$300 million. 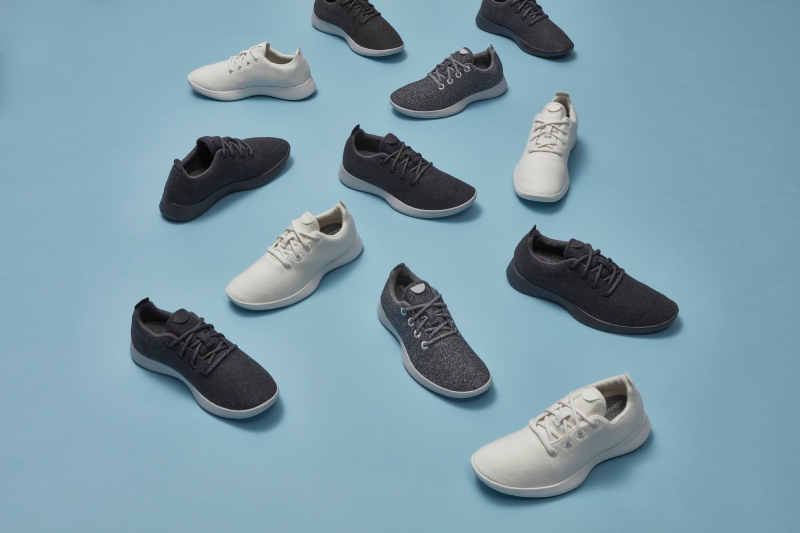 The rapid rise of both brands — On started in 2010 and Allbirds in 2014 — has seen both valued as multibillion-dollar companies, giving hope to others who want to follow in their footsteps.

If the shoe fits 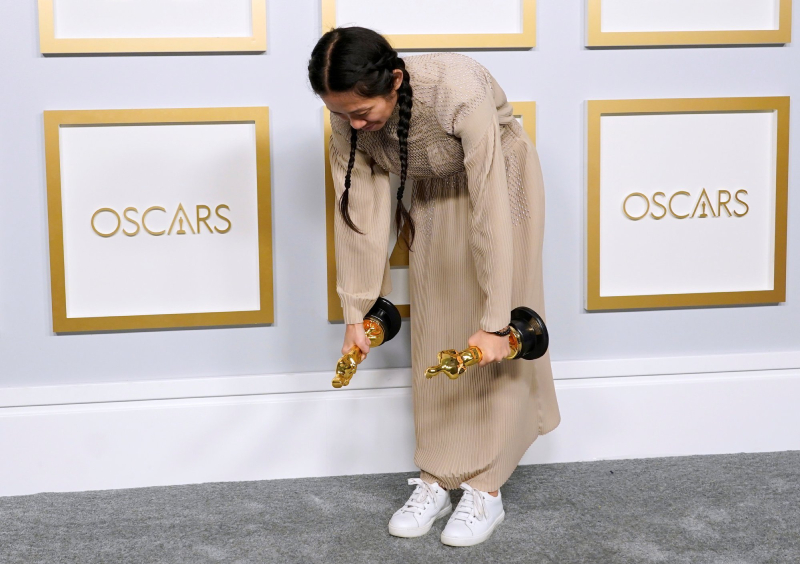 Oscar-winning director Chloe Zhao made history at the Academy Awards by becoming the first woman of colour and only the second woman to win best director.

The Nomadland director also became the first to pick up the award in sneakers, after wearing US$790 Hermès Avantage kicks to the ceremony.

Zhao is not the only one to wear sneakers to work — designer or otherwise; some two-thirds of Britons admitted to doing so in a survey conducted by Shoeaholics in November. Its report also noted that they had spent an average of US$628 on their sneaker wardrobes.

Shoes and SneakersfashionLifestyle
Share this article
This website is best viewed using the latest versions of web browsers.