'This is the best time': This group of international students opened a Vietnamese cafe in the CBD despite the pandemic While most people in school would rather put all their energy and focus into their studies, these five international students from Kaplan Singapore are taking things up a notch by running their own F&B business on the side.

Hailing from China and Vietnam, they've banded together with their Singaporean friend, Ben Neo, 29, to start a cafe in the Central Business District (CBD) area called Hoo-gah.

Specialising in convenient yet delicious Vietnamese sandwiches called banh mi, Hoo-gah just opened its doors to the public in October.

It's a weekday when we meet them over Zoom, and right off the bat, their team spirit is evident — despite their packed schedules, they insist on making time to take the call as a group.

You might be forgiven for thinking they've all known each other for years, but the six of them only met in university.

The birth of Hoo-gah

It all started when 21-year-old Pan Yuquan, who goes by Neon, and his girlfriend, 20-year-old Ho Diem Huong, who calls herself Yuri, got closer to Ben.

From the get-go, the couple was intrigued by his tenacity and desire to open his own F&B business.

"They thought that I was quite a crazy and ambitious guy, so they wanted to join me," Ben shares.

Eventually, Neon and Yuri decided to rope in some of their other friends from Kaplan — Lam Thi Ngoc Thao, 21, Sam Liu Haosen, 24, and Wang Yan, 20. 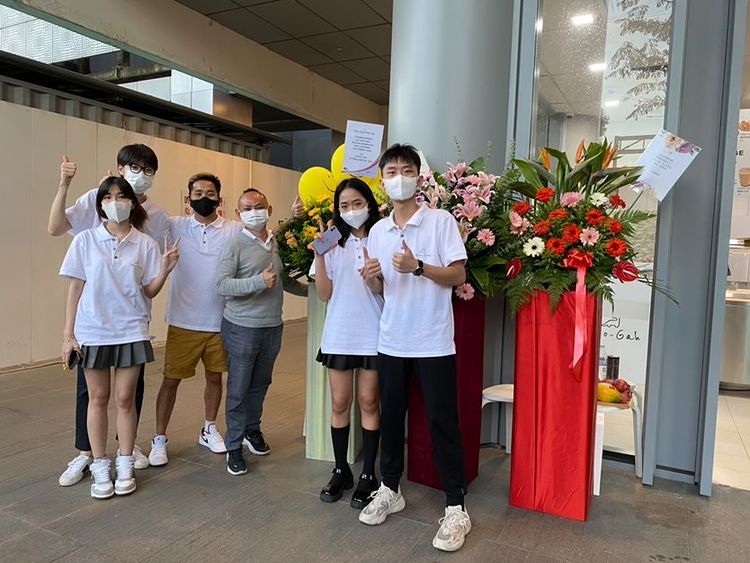 It also helps that each of them bring different skills to the table. Prior to this, Ben had worked at a number of cafes and nightclubs, while Neon's family is part of the hotel industry in China.

And there's Yuri, the mastermind behind Hoo-gah's menu. As she used to own a coffee shop in Vietnam with her parents, she has plenty of F&B experience under her belt, which she used to conceptualise the various menu items. Together with Thao, she mainly handles the food and drinks while the rest of the members pitch in and help with other areas like operations and marketing.

And while there's quite a large age gap between Ben and the rest of the group, he doesn't seem to have any qualms with being the oldest one in the team nor does he have to pick up the slack.

He sings their praises: "All of them are pretty good at F&B even though they are quite young and in terms of running a store, they may not know much, but I think their learning ability is pretty strong."

Overcoming hurdles with the future in mind

Like any other business out there, Hoo-gah definitely experienced a few bumps in the road — but these aren't just the usual issues like rental and lack of traffic.

Instead, the largest hurdle is that all of them, except Ben, are not allowed to work in their own shop as they are international students.

"It's illegal. We have to hire part-timers," Yuri tells us candidly.

"Basically, we stay in the store just to monitor the people we employ," Neon adds. 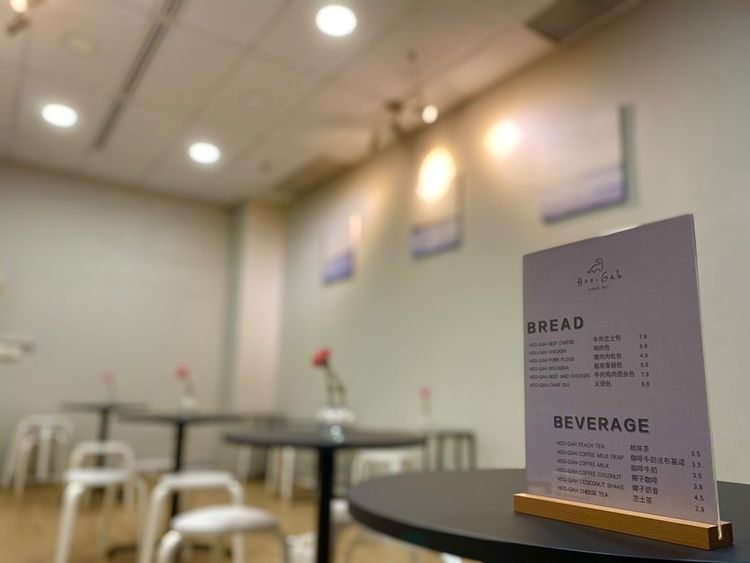 Yuri goes on to explain that the main reason why they aren't permitted to do so as their school is a private school and not a government school.

According to the Ministry of Manpower (MOM), individuals holding student passes in Singapore are only allowed to work if they meet specific requirements and are studying in selective approved institutions.

However, the five of them are allowed to be shareholders of the company and can manage their employees.

While this may seem like a small hindrance since they can still hire part-timers, Yuri shares that they personally would prefer to be the ones working in the store to save on manpower costs. As of now, they have two part-time staff onboard.

Some may add that starting an F&B business during the pandemic is a hurdle in itself, but surprisingly, Ben begs to differ and says that he think it's a fantastic opportunity instead.

"If we dare to open during this period and manage to survive, I think, in the future, anything that we do is easy because we already know what kind of obstacles we will face," he tells us.

"It's a very good chance for us to learn," he continues. "If someone says that it's not a good time to do something, I would say that it's the best time to do it".

To add to Ben's point, Neon chimes in to say that as there is less footfall in the CBD area due to the pandemic, the team is forced to "face the reality" of how running a business is truly like.

Covid-19 has also been a blessing in disguise for them in other ways like time. For instance, the members who are still in school have an easier time juggling their education and business as all lessons are currently online.

Additionally, the rental cost for the store space is relatively cheaper due to the pandemic, which helps them save a little money.

"This is the best time to open anything if you want to do it," Ben says.

A Vietnamese version of Subway

So, out of all the various foods in the market, why banh mi? One may assume that the choice of food was mostly inspired by Yuri and Thao's Vietnamese background. However, the group shares that the main reason is that banh mi is quick and easy to put together, making it perfect for the fast-paced nature of the CBD area. 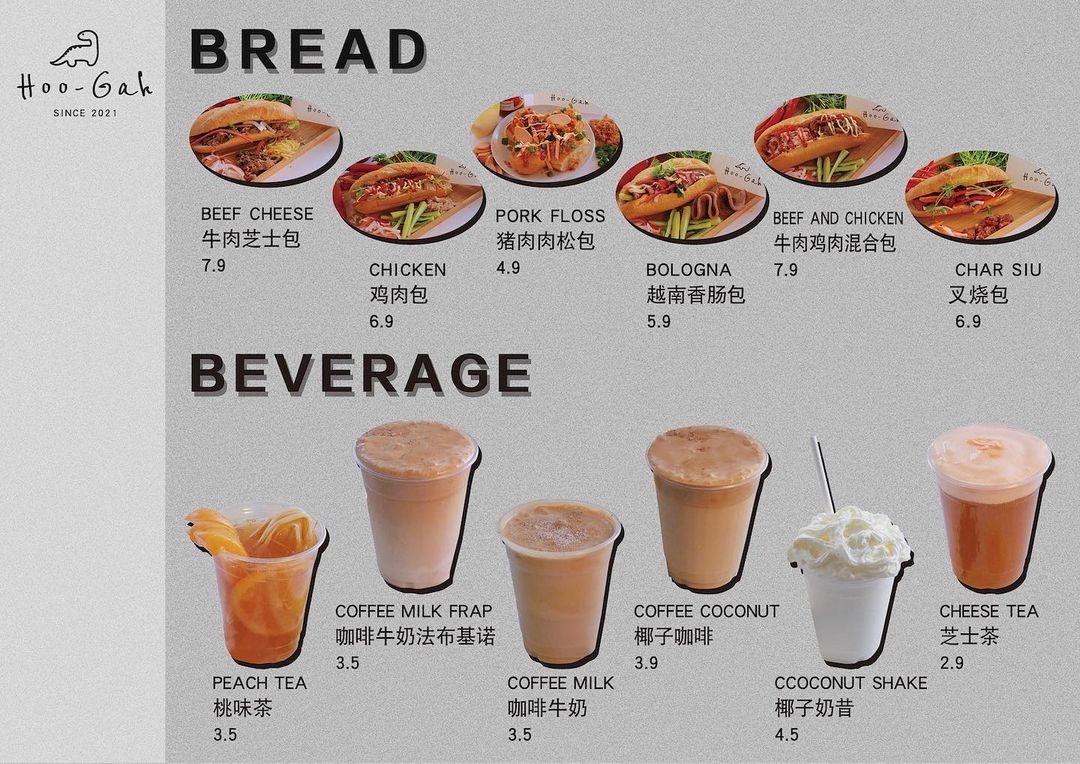 "We want to learn from Subway, that's the model we want to follow," explains Yuri, citing the popular sandwich fast-food chain as an example.

However, Hoo-gah doesn't push out regular sandwiches with basic fillings like ham and cheese like most mainstream sandwich shops. Instead, they try to experiment with different ingredients to cater to the local crowd. 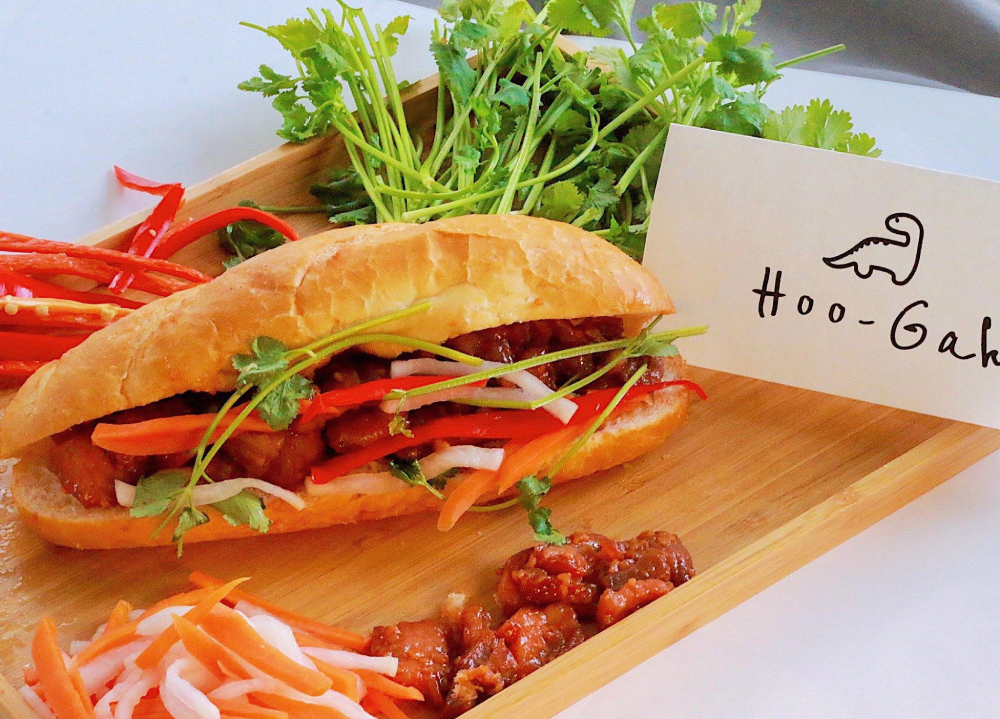 Apart from hearty loaves of banh mi, they also sell a range of authentic Vietnamese drinks. 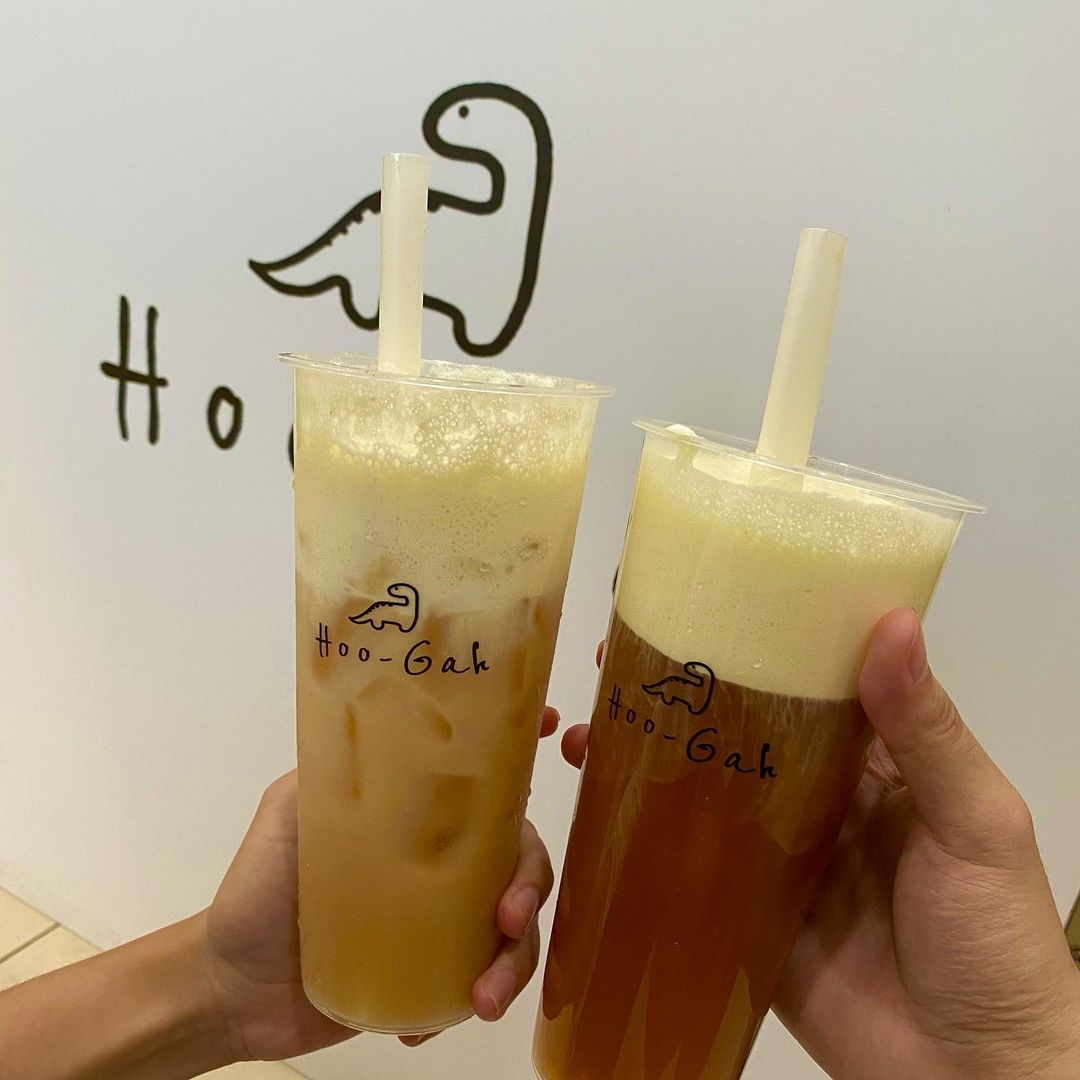 Coffee addicts can come here to get their fix with Hoo-gah's coffee milk frap ($3.50), which is made using beans that are specially imported from Vietnam. Folks who are also looking for a Mr Coconut alternative can go for their coconut shake ($4.50).

Yuri tells us that at the start, it was hard for them to source ingredients when they first opened as all of them were clueless on what materials they needed for the cafe — they had initially just planned on just getting everything from supermarket chain NTUC FairPrice.

However, after suppliers got wind of Hoo-gah, they started approaching them instead.

"The supply just naturally finds us now," she says with a laugh.

There are also plans for a menu expansion and currently, the team has other exciting ideas in the pipeline. However, they will still be sticking to the fast food concept for convenience sake, so don't anticipate more complex dishes that involve components like noodles or rice.

And if all goes well, they hope to open more outlets across Singapore and are looking at places with high human traffic like MRT stations and shopping malls.

While business has slowly been picking up — especially after the number of dine-in pax was increased from two to five — there are still things the team has to consider for the future of Hoo-gah.

Once again, this mainly revolves around the fact that most of them aren't Singapore residents. After completing their studies, they have to decide between staying in Singapore to work and returning to their home country, which may, in turn, affect how the business is run.

Ben, who is the only unaffected one, says that he highly encourages the rest of the team to fly home to their families if needed.

However, Yuri voiced her concerns, saying that the store is still new and if possible, not all of them should return home.

While all still seems uncertain, Ben jokes that the others can always expand Hoo-gah overseas if they don't plan on staying in Singapore.

"If they want to go back permanently, they can just open a franchise over there," he says with a chuckle.

new openingsFood and Beverage sectorStudentsFood and Drinks
Share this article
This website is best viewed using the latest versions of web browsers.