You may have missed the fanfare that accompanied the December opening of the railway line connecting the Laotian capital, Vientiane, with Boten, a town on the Chinese border, but the news sent train buffs into a frenzy, not least because the high-speed link makes it possible to now travel all the way from Portugal to Singapore, or vice versa, by rail.

The 18,755km (11,654-mile) odyssey through 13 countries is believed to be the longest continuous railway link in the world.

Timetable obsessives calculate that, allowing for some hurried connections, the expedition could be completed in 21 days, although Covid-19 restrictions, suspended services, closed borders and opaque visa regulations ensure the trip remains hypothetical – at least for now.

That needn’t stop us from sizing up what the route has to offer:

According to the Chinese proverb, a journey of a thousand miles starts with a single step. Our 18,755km epic begins with a five-minute shuttle train from Woodlands railway station, in Singapore, to JB Sentral Station, in Johor Bahru, Malaysia.

Since we’re embarking on a trip that will take us halfway around the planet, a 38km detour away from the rails can be forgiven: leave the train at Pulau Sebang and take a taxi to the Unesco World Heritage city of Malacca.

The photogenic settlement wears its history on its sleeve, from the 16th century Portuguese fort and red-brick Dutch church to British colonial architecture and Chinese temples. In what was once one of the world’s busiest ports, traders have been replaced by tourists bargaining for trinkets at the Jonker Street Night Market. 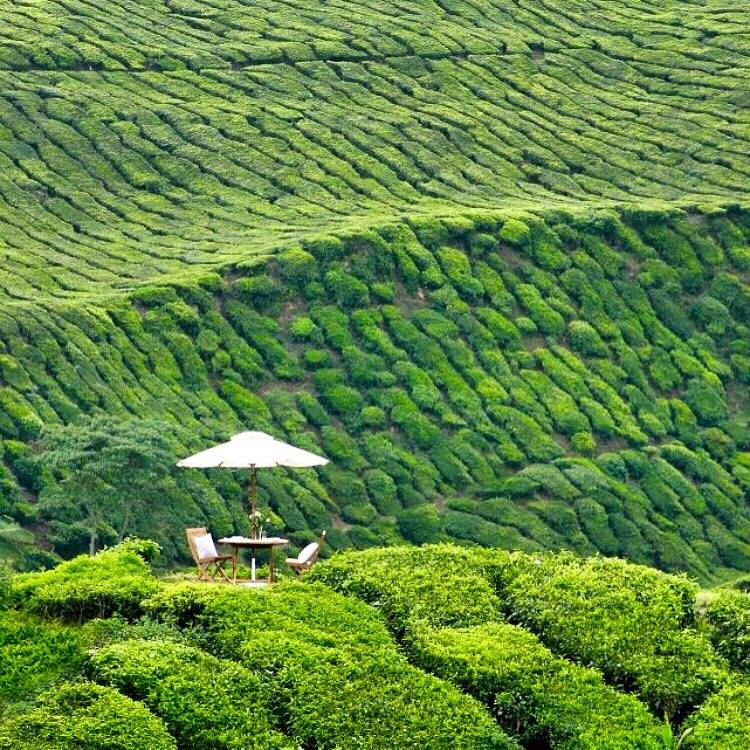 Potential side trips on this leg include the Cameron Highlands and the lakes, gardens and museums that give the town of Taiping its character.

The island of Penang definitely deserves a stopover. St George’s Anglican Church (1818) is the oldest in Southeast Asia and sturdy star-shaped Fort Cornwallis never saw combat. One of the world’s steepest funicular railways takes tourists to the summit of Penang Hill, where the air is cool and the views are spectacular.

George Town is one of Asia’s best street-food destinations – roadside hawkers serve up a medley of Chinese, Malay and Indian favourites while Nyonya creations such as assam laksa (hot and sour noodles in fish soup) have gone global.

Trains from the mainland Malaysian town of Butterworth to the Thai border take around two hours – unless you break the journey, head to Kuala Perlis, hop on a ferry and explore some of the 99 islands that make up the Langkawi archipelago.

The Eastern & Oriental Express train operates between Singapore and Bangkok so let’s treat ourselves to a little luxury on this leg. The sumptuous compartments, stylish fixtures and decor transport passengers back to when Thailand was still known as Siam. Fancy a beach break? Hua Hin is Thailand’s most prestigious seaside resort , thanks to it being the holiday destination of choice for the Thai royal family.

Eighty kilometres north of Bangkok, Ayutthaya was the capital of Siam for around 400 years. The former trading port lies in ruins today but the mildewing palaces and temples shouldn’t be missed, especially as they are only a short tuk-tuk ride from the train station.

ALSO READ: Trains not planes? The growth of rail travel in Southeast Asia

Next up is the Chinese-built railway that made this entire intercontinental journey a reality. Opened on Dec 3, at a cost of US$6 billion, the track’s red, white and blue bullet trains race through Laos at speeds reaching 160km/h. The stopover option on this leg has to be languid Luang Prabang, another World Heritage Site, this one designated on account of its distinctive blend of French colonial, traditional and religious architectural styles.

The Mekong River loops around the historic district and delightful monasteries are tucked away down cobbled side streets. The most magical time to explore is at dawn, when groups of monks sleepwalk through the mist silently accepting alms.

After crossing the border into China and traversing the scenic subtropical region of Xishuangbanna, we’ll alight at Pu’er station. Tea is the name of the game and the signature fermented leaves found in this corner of Yunnan province are said to have health benefits.

And doesn’t the tourist office know it; sightseers can visit tea gardens, tea museums and a tea processing workshop, or hike along a section of the ancient Tea Horse Road trade route.

With another long-distance leg to negotiate, consider breaking the journey in Zhangjiajie, where some 3,000 quartzite-sandstone pinnacles, spires and peaks soar up out of the rainforest to dominate the landscape. And wouldn’t you know it, the otherworldly formations are a World Heritage Site.

Avatar (2009) was filmed in the vicinity and the world’s longest cable car (7,455 metres) hoists passengers from the city centre to the summit of Tianmen Shan, or Heaven’s Gate Mountain.

“Trans-Siberian” refers not to the name of a train but to a railway line. The journey between the Chinese and Russian capitals – part of which is referred to as the Trans-Mongolian Railway – takes around six days. The trains aren’t luxurious and the scenery soon becomes repetitive unless you have a thing for silver birch trees.

The picks of the stopovers are Ulaanbaatar, Mongolia, a setting off point for a trip into the vast Gobi Desert, and Irkutsk. Once known as the Paris of Siberia, the city has a dark history as a transit hub for the Soviet forced labour camps (gulags). But on a brighter note, it’s only a hop and a skip from Lake Baikal, the oldest and deepest freshwater lake in the world.

This 3,483km leg takes us from Russia to Belarus, and on through Poland, Germany and, finally, France. Let’s opt for a stopover in fun, fashionable Berlin.

The German capital is one of Europe’s biggest tech hubs but also has a dis­tinctly Bohemian feel. Sightseers won’t want to miss the iconic Brandenburg Gate, where United States president Ronald Reagan implored Soviet leader Mikhail Gorbachev in 1987 to “tear down this wall!”

A 10-minute taxi ride away is the Berlin Wall Memorial, an open-air museum that extends along the former border strip and features replicas of guard towers and segments of the wall.

A couple of hours south of Paris, Bordeaux is renowned as the wine capital of the world and as you are not driving, it would be rude not to pause awhile. There’s more to France’s sixth-largest city than tastings, however. Join a walking tour along its broad boulevards and narrow medieval streets or hire a bicycle and pedal alongside the Garonne river, stopping at the trendy riverside restaurants, cafes and shops that take your fancy.

Round off your stay by heading to Capucins Market to load up on baguettes, cheese and wine for the next part of the trip.

There are plenty of stopover possibilities to choose from on this leg. You could detour to Saint-Jean-Pied-de-Port, one of the starting points of the Camino de Santiago pilgrimage trail, or spend a day or two in the Basque city of San Sebastian. Both options involve getting off the train soon after boarding in Hendaye, however, so instead consider a sojourn in Salamanca. Architecturally stunning, the city boasts the oldest university in Spain and two cathedrals.

The Plaza Mayor is regarded as the most strikingly handsome main square in the country and you won’t be surprised to hear that the entire historic centre is a … World Heritage Site. 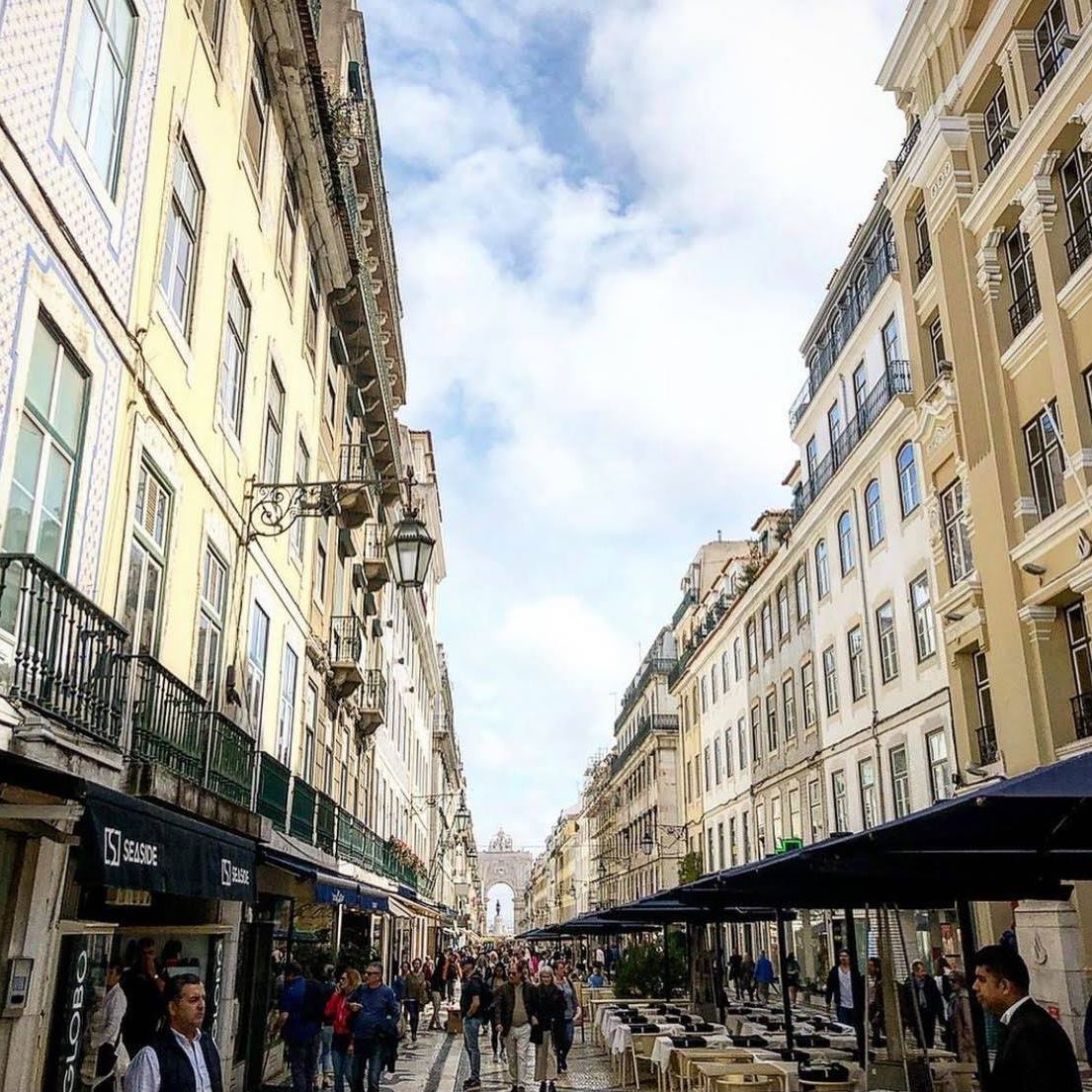 Be sure to see something of lovely Lisbon. Tram No 28 incorporates many of the Portuguese capital’s most impressive attractions. Part public transport, part fairground ride, the roller-coaster route takes under an hour but the trick is to spend a day hopping on and off as you please.

Then it’s time to complete the final leg of the entire buttock-numbing trip. Lagos, a typical Algarve resort town of holiday apartments, souvenir shops, bars and restaurants, marks the end of the railway line and so, the end of the journey. Except – to bring things full circle – let’s finish with another 38km detour, just as we did to get to Malacca, on day one.

Take a bus, taxi or hire car to the windswept wilderness of Cape St Vincent, the southwesternmost point in mainland Europe. The perpendicular cliffs were believed to be O Fim do Mundo , or the end of the world, until the discovery of the Americas by Europeans in the 15th century.

Uncork that bottle of Bordeaux you’ve been saving and raise a glass to trains, travel and timetables.

Travel and leisureTrain
Share this article
This website is best viewed using the latest versions of web browsers.