Tourists walk on a beach as the government extends restrictions to curb the spread of coronavirus disease (Covid-19) in Badung, Bali, Indonesia on Sept 9, 2021.
PHOTO: Reuters
PUBLISHED ONJanuary 03, 2022 3:06 AMBydave smith

On Oct 14, Bali’s international airport opened after an 18-month hiatus, ostensibly paving the way for millions of international tourists to return to the island.

But Indonesia’s official border policies – and the movement of tourists to and from Bali – have rarely been in sync during the pandemic.

Between January and August, 1.06 million foreigners arrived in the country through other Indonesian islands, according to Statistics Indonesia. Scores then caught domestic flights to Bali, dwarfing official numbers that suggest only 45 foreigners have visited the island this year.

In July, for example, the Balinese government acknowledged there were 110,000 foreigners on the island.

Anecdotal evidence in the form of packed beach clubs, nightclubs and restaurants in the tourist hubs of Uluwatu, Seminyak and Canggu suggests the number kept on rising between September, when Bali’s second partial lockdown was lifted, and late November, when the government introduced strict new quarantine measures to try to stymie the import of the Omicron variant.

Originally only three days, quarantine was raised to five days, then seven, and now stands at 10 days; moreover, it cannot be undertaken in Bali. The changes have forced international airlines to cancel all scheduled flights to Bali.

However, the impact has not been felt on the ground because of the large number of Indonesian tourists holidaying in Bali. By mid-December, 13,000 were arriving daily.

If it weren’t for the masks – properly worn by about half of the people half the time – there would be no visible sign of the pandemic. 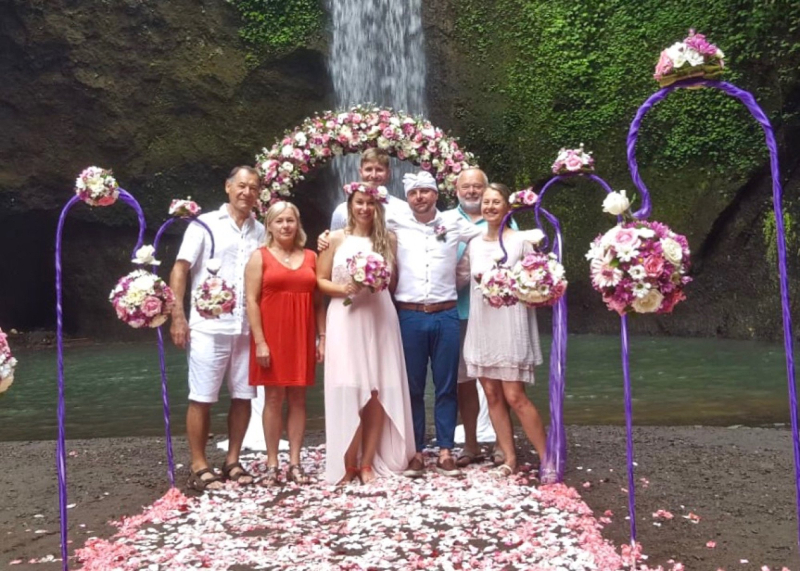 “In Canggu, where we are staying, it is not so different to the last time we were here, in 2019, because there is still a big expat community,” says Martin Sebela, from the Czech Republic, who arrived in Bali on Nov 2 – his fourth trip to the island.

The first was in 2016, when he married his wife, Petra. “But the Kuta area, which we visited for nostalgia because it’s where we spent our first night in Bali five years ago, is like a ghost town. We were the only foreigners there.

“In Sidemen, a beautiful village in east Bali, you can stay in a luxury villa for very little money because it’s so quiet. Our taxi driver there told us he has had to refinance the loan for his taxi twice.” 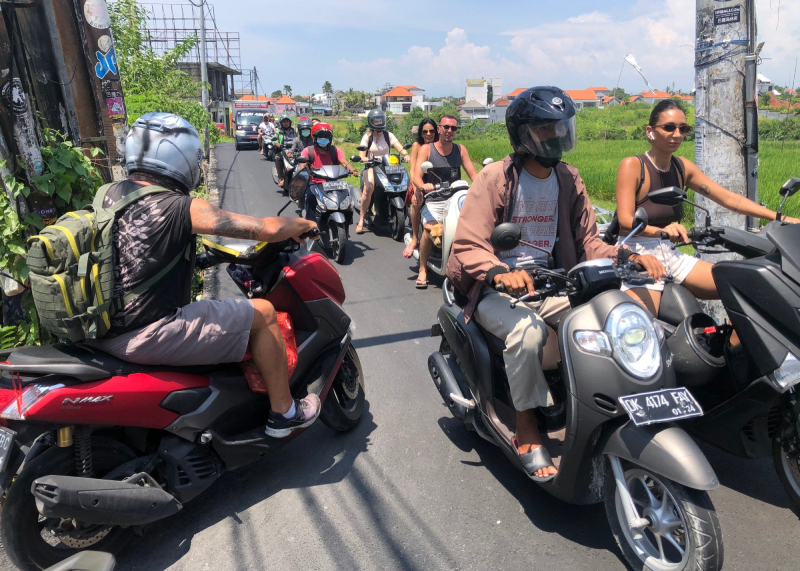 The Sebelas, travelling with their infant son, won’t be returning to the Czech Republic any time soon. “We were thinking about moving here for a few years and Covid-19 sped up our decision.”

The family entered Indonesia on business visas, which allow foreigners to seek out business opportunities and investments in the country, are valid for 60 days and can be extended almost indefinitely. They flew to Bali via Vienna, Qatar and Jakarta, where they quarantined in a luxury hotel before transiting to Bali.

“We were lucky, as we arrived in the two-week week window before Omicron, where there were only three days of quarantine,” Sebela says.

“Apart from the fact that the hotel was a little expensive, we enjoyed our time together as a family and the food was excellent. We actually stayed a day longer at the hotel to use the big swimming pool.” 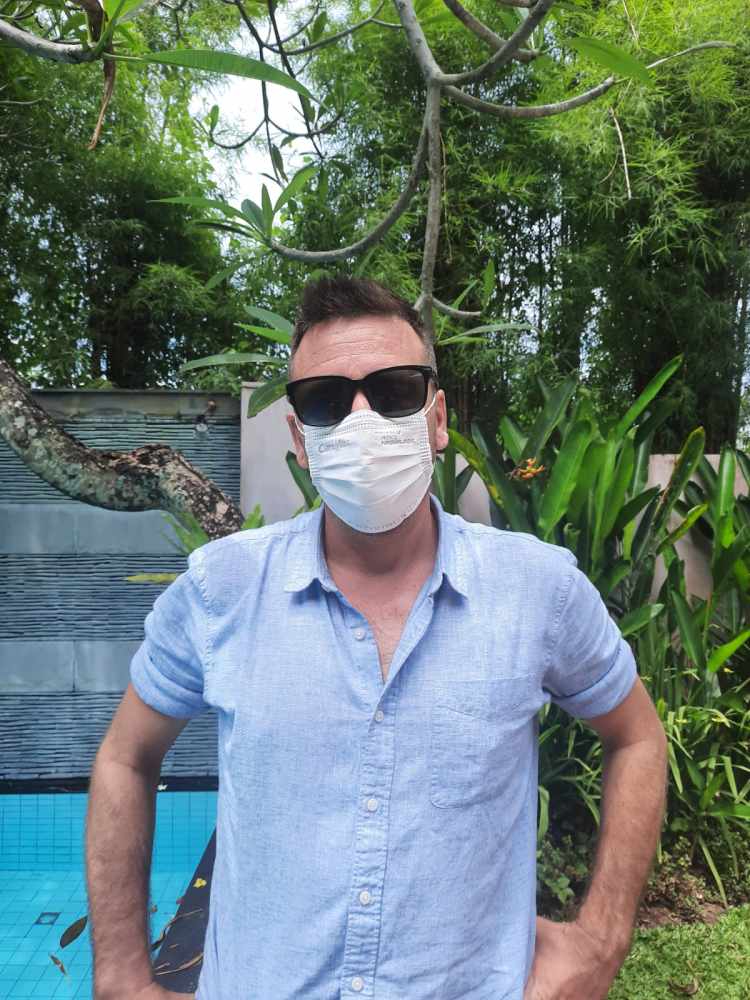 Gavin Wilson, an Irish expat based in Bali, had a very different quarantine experience after returning to Indonesia in December from a business trip to Abu Dhabi, in the United Arab Emirates.

“When I landed in Jakarta, a person in full protective gear took my PCR test and the person who processed my documents was behind a plastic screen. But, from that point on, it was a bit of a joke because I had to wait in an arrival hall with about 200 passengers,” he says.

“Everyone was mingling with the locals working in canteens, cleaners and agents working for quarantine hotels. Everyone was wearing masks but I cannot say they wore them properly 100 per cent of the time.

“When I got my PCR test result, an agent from my hotel took me out to the car park and told me to wait in a queue for a taxi with dozens of other people. Then I got in a taxi for a 45-minute ride to Jakarta. [He and the driver] both wore masks but there was no plastic barrier in the car,” Wilson says.

“The check-in for the hotel for quarantine was in the basement, which offered other guests protection, but then a porter insisted on taking me up to my room in the lift even though I could have got there by myself.

“A few hours later, a woman knocked on my door and insisted on coming into my room to fix my television even though I told her I had no plans to watch television. And it wasn’t even broken, just switched off. All she did was turn it and leave it on the hotel channel, where you can buy in-room movies.”

“What really surprised me after being away for only a month is how much busier things were in Bali,” he says. “The traffic from the airport to my villa in Seminyak was intense. Another thing that’s changed is that everyone is a lot more relaxed in terms of health restrictions and enforcement.

“Before, there was no way you could get into a supermarket without a mask, having your temperature checked and hands sprayed with sanitiser at the front door. Now they just wave you through. It’s like everyone has just stopped worrying about Covid-19.” 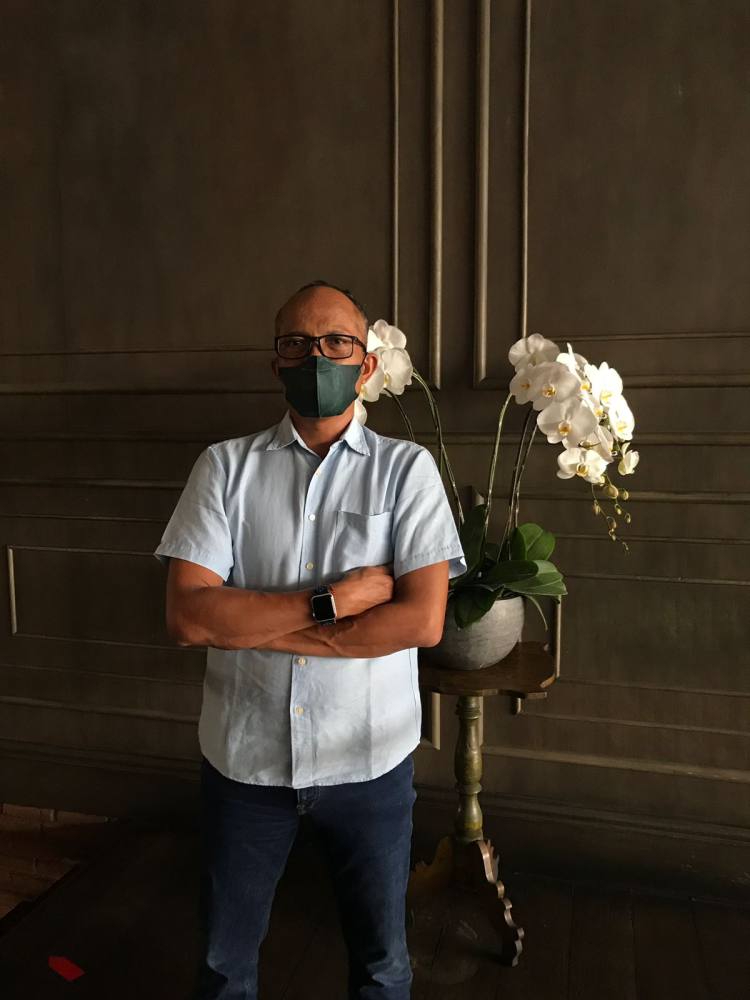 The latest unemployment figure for the island, released by Statistics Indonesia in August, was 5.37 per cent.

But with seven out of 10 jobs in Indonesia existing in the informal economy – from parking attendants to women selling satay sticks on the side of the road – the real unemployment and underemployment rates are significantly higher.

“It’s not that people in Bali don’t care. It’s just that we’ve been waiting for tourism to come back for so long and we’re tired of it and they want to know why, if tourists don’t have to quarantine in Phuket [Thailand], the government here doesn’t do the same thing,” says Kadek. 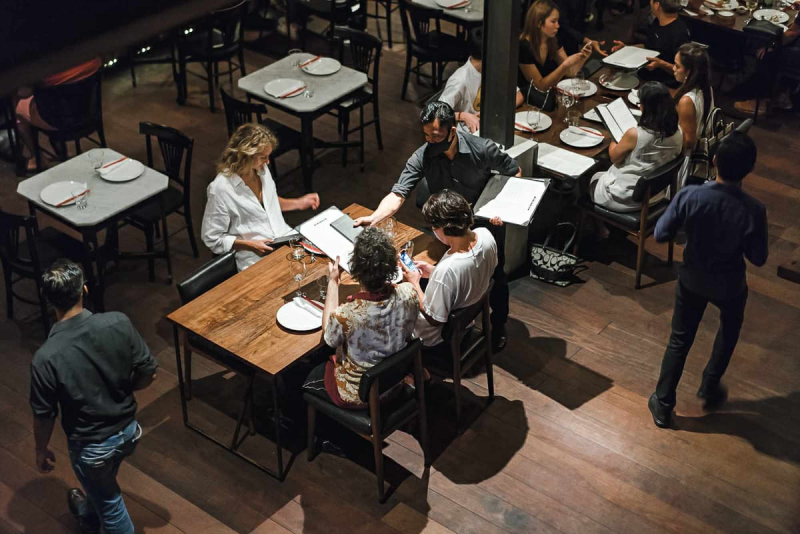 The good news, he says, is that Mama San is busy again. “Since the start of December, we have been getting lots of business from Indonesians from Jakarta and other parts of the country. We also have some foreigners – loyal expat customers who’ve been coming here for years and who have continued to support us during the pandemic. But until quarantine is removed, no more foreigners are coming to Bali.”

That opinion is corroborated by a survey by the International Air Transport Association that found 84 per cent of respondents have no interest in holidaying at destinations that require quarantine.

Still, there are exceptions, such as Samuel White and his fiancée, who had planned to come from San Diego, in the United States, to Bali this month for a four-week honeymoon.

Now the first 10 days will be spent in quarantine, but instead of being stuck in a hotel room in Jakarta, they will pass the time at a beachfront resort in Manado, on the island of Sulawesi, the other authorised entry point for international flights to Indonesia.

It’s not clear why Manado’s Sam Ratulangi airport, usually Indonesia’s 18th busiest, was chosen instead of others for this purpose. 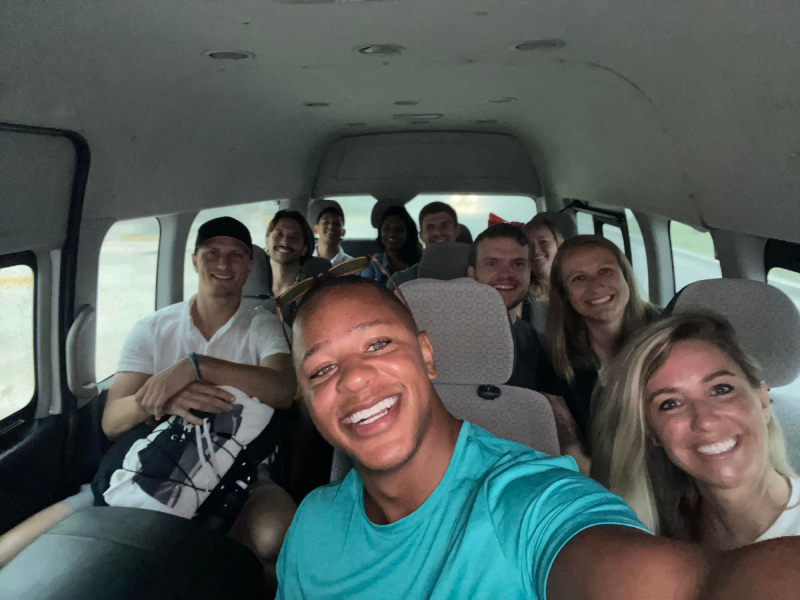 “It’s been pretty hectic trying to understand all the rules and I think the government of Indonesia is being extremely harsh with quarantine because people in Bali need tourism dollars and nobody wants to do 10 days quarantine in a hotel in Jakarta,” says White, who is another who will be arriving on a business visa.

“But I recently learned we can quarantine in Manado and at least sit on the porch of a villa and look at the ocean instead.”

Quarantine complete, the couple will then travel to Bali for the rest of their honeymoon and to look at investment villas.

“Neither of us has ever been to Bali before and we are not sure about living there, but if we like it, we’ll spend several months there every year going back and forth to the States,” he says. “We’ve been floating the idea around for years, so we’re really excited to finally go there. And I think it will be a unique experience to see Bali empty.”

When informed Bali is not empty, White replies: “Well, that’s a surprise to me.”

As it is, no doubt, to others.