5 new Birkins & 1 controversy: Everything you need to know You have probably heard of the Hermès Birkin and the airplane anecdote as told countless times by its co-creator Jane Birkin.

Renowned for its timeless design and eye-watering price tag, the Birkin has — since its debut — become embedded in luxury lexicon as a true symbol of exclusiveness beloved by well-heeled shoppers worldwide.

But even the world’s most timeless handbag needs an update every now and then, so here are five new iterations of the aforementioned arm candy, one of which comes riddled with controversy. 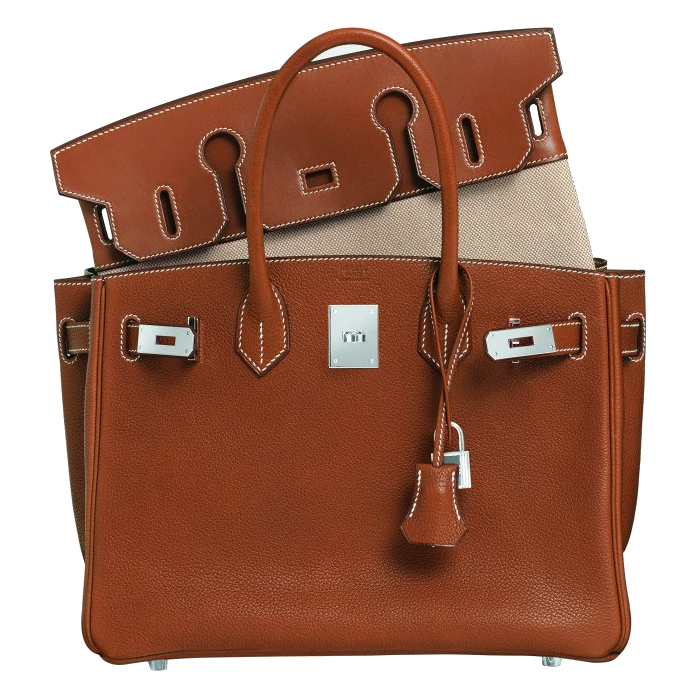 First up is the Hermès Birkin 3 En 1 designed to mimic the features of a puzzle (i.e. a bag that can be taken apart and reassembled.)

Comprising of a Barénia Faubourg calfskin tote and a removable canvas and leather clutch, the bag is so named for its versatile three-way carrying styles — to use the two separate components on their own, or assembled together to recreate a trompe-l’oeil of its original iteration. Fun! 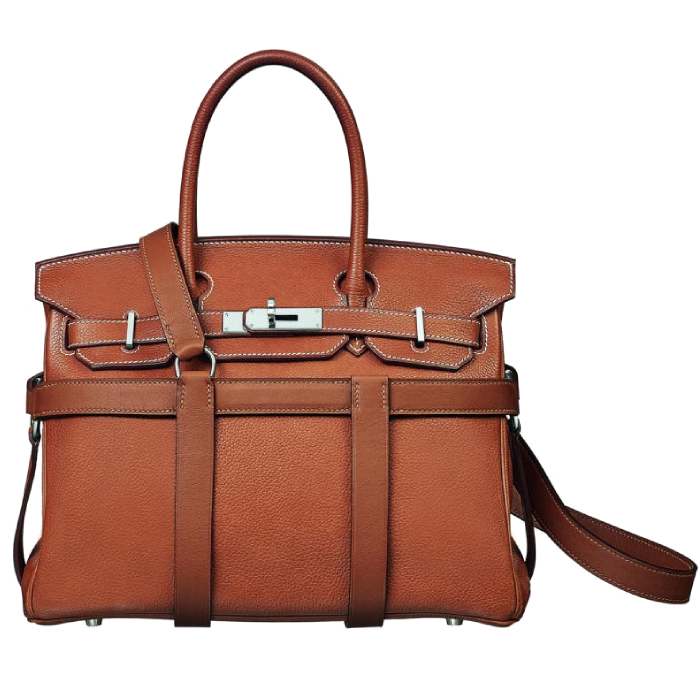 The second version takes inspiration from Hermès’ equestrian roots and it is coined the Birkin 30 Barénia Faubourg in calfskin.

Its defining new element comes in the form of a detachable harness feature that also allows it to be carried as a shoulder bag, a first for a Birkin. 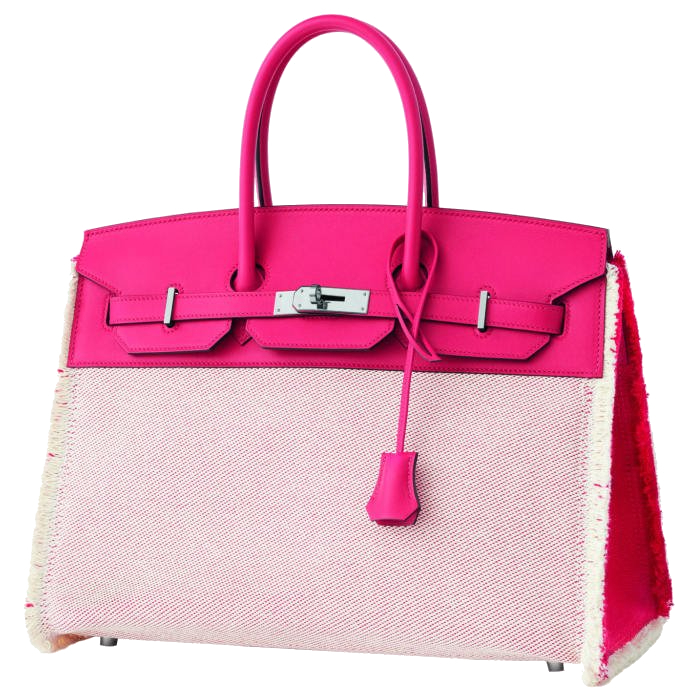 Third on the list is the 35 Fray Fray in H twill canvas. This one follows the construct of the Birkin’s timeless design, albeit with its main leather body replaced with canvas and hand-fringed edges. 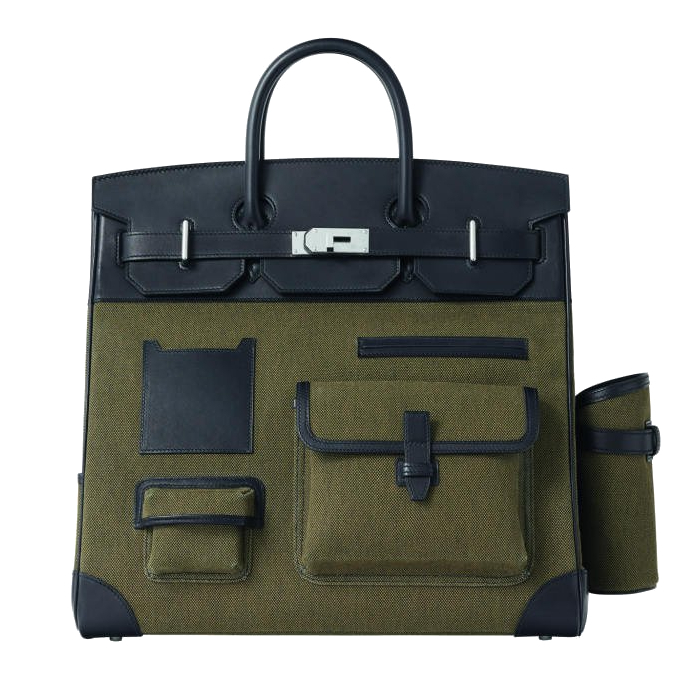 Then there’s the Haut à Courroies 40 cargo bag, originally designed as a carryall for equestrians to fit all their horse-riding essentials. 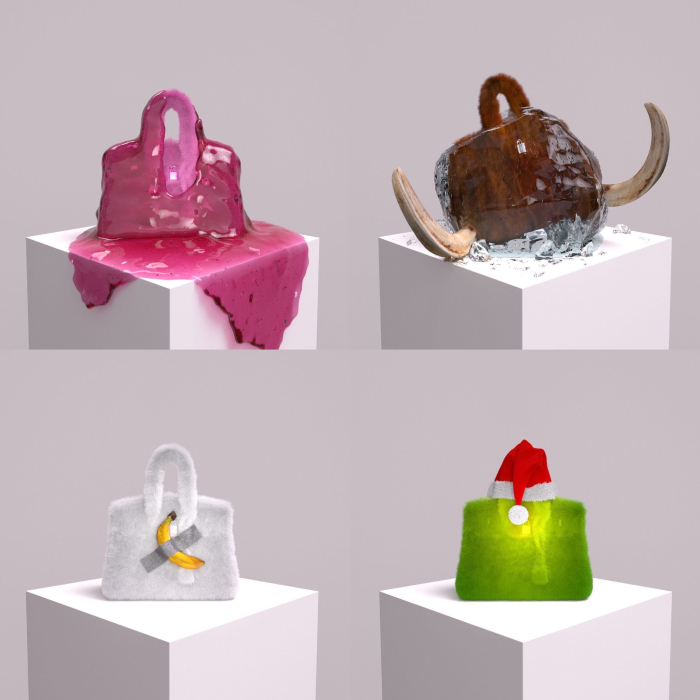 And here’s where the controversy starts — the MetaBirkin NFTs, created by the digital artist Mason Rothschild. These Birkin-inspired designs aren’t in any way associated with Hermès, and they come in various amusingly shocking styles.

With over 100 pieces up for grabs [virtually of course], these are truly no less exclusive to purchase than the real McCoy.

First released on the NFT marketplace OpenSea, these MetaBirkins were reported to hold trading values of over a million dollars.

However, following Hermès’ statement that Rothschild had infringed its trademarks as the designs were neither officially licensed nor endorsed, the virtual handbags have since been removed from the platform.

Hitting back, Rothschild responded on Instagram that the MetaBirkins NFTs are protected from the luxury label’s trademark claims: “The First Amendment gives me every right to create art based on my interpretations of the world around me.”

Rothschild further believes his inspired designs are “a commentary on fashion’s history of cruelty to animals, and its current embrace of alternative fur-free and textile initiatives.”

So, it remains to be seen if these MetaBirkins will stick around.

This article was first published in Harpers Bazaar Singapore.