The 5 most powerful cars you can legally buy in Singapore Powerful cars do grace the streets of Singapore. In fact, Singapore has one of the highest supercars per capita in the world.

But first, what exactly is a supercar? Most sources say that these cars are defined as "luxurious high-performance cars."

By high performance, supercars generally generate around 300 to 500 horsepower (hp). In comparison, an average MPV has around 100hp.

But the cars on this list take horsepower to a whole other level, bringing about speeds rarely seen or experienced by the normal person. And guess what? They're all legal to buy in Singapore!

We got to see the more powerful Aston Martin Valhalla in the most recent James Bond movie, but it isn't available in Singapore. Enter the DBS Superleggera.

The DBS Superleggera's 5.2-litre twin-turbocharged engine produces a hearty 715 hp. That's almost 350hp more than the iconic DB5 introduced in Goldfinger back in the '60s. It is able to complete the century sprint (0-100km/h) in a blistering 3.4 seconds.

The car is definitely a head-turner. With updated grilles and added vents for better airflow, coupled with black race rims and a rear lip, the car's add-ons fit perfectly. It's also sleeker, lower and wider than most of its predecessors.

Although not the most powerful car McLaren has ever produced, this is one that inspired the McLaren Senna, the 720S.

Equipped with a four-litre twin-turbo V8 engine, the 720S produces, as its name suggests, 720hp. It completes the century sprint as a staggering 2.9 seconds, one of the fastest accelerating cars on this list.

The 720S has a striking, sleek look resembling that of a teardrop. This is especially true when looking at the headlights. Four strips of light surrounded by black make for a more aggressive aura.

It is also equipped with some cool features. Put it in track mode and the street-like gauge cluster rotates to a more race-like one, making it feel as if you are piloting a mech from a video game. Unlocking the car also makes the engine glow with a red hue.

This car can be yours at $1,043,000 without COE. Objectively, it isn't as expensive as other cars on this list even when taking the current COE figures into account.

If you want to know more about the car, we've done a more comprehensive review here!

Porsche is a marque that needs no introduction. With the success of the race-bred 911, as well as the more family-oriented Cayenne, it's no secret that Porsche can make good cars.

The Taycan is no different. As Porsche's first foray into electric vehicles, the car came as a surprise of sorts to the masses. This particular model is the more race-bred version, the Taycan Turbo S.

Although not sporting an actual turbocharger, the overboost from the dual electric motor delivers a whopping 750hp! It also accelerates from 0-100km/h in a mere 2.8 seconds, one of the fastest in the world.

The Taycan Turbo S sports most of the goodies from the base model. The front end has been revamped to look futuristic. Whereas the rear gives a more iconic Porsche look complete with a signature rear lightbar. It also comes with updated five-spoke race rims, bigger brakes and a rear lip.

It comes with a handsome price tag of $748,000 without COE, which is the cheapest amongst all the cars on this list. 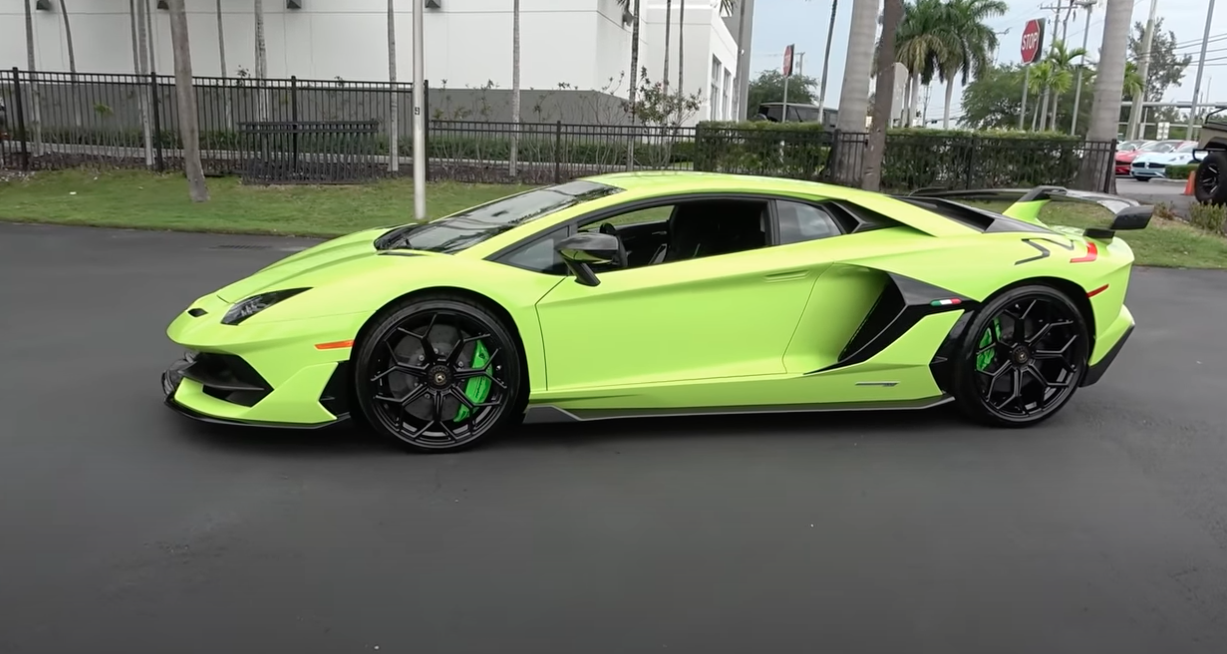 The Aventador SuperVeloce Jota is one of the most popular supercars to grace Singapore's roads today.

Whilst not as powerful (or as unattainable) as the LP780-4 Aventador Ultimae, the Aventador SuperVeloce Jota (SVJ) is still one of the most sought after and most powerful cars Lamborghini has ever produced.

After reworking the whole Aventador lineage, the SVJ became an improvement over the already powerful Aventador S in every aspect. The famously loud naturally aspirated 6.5L engine pumps out 759hp and does 0-100km/h in 2.9s.

This car was built for track functionality, but Lamborghini managed to make all those bits and pieces fit well aesthetically into the SVJ.

The vents in the front, the new spoiler, as well as the rims, are just as striking as they are integral in cutting a few tenths of a second off-track times.

Ferrari is no stranger when it comes to making powerful supercars. The F40 broke many automotive records. And that was back in the '90s!

In 2019 came the SF90 Stradale, Ferrari's most powerful car ever produced.

It sports a more powerful version of their signature four-litre twin-turbo hybrid V8 engine making 769hp. Combine that with the three electric motors and you have a grand total of 986hp!

And it does those numbers in style too. The car is sleeker to produce maximum downforce while mimicking the drag reduction system (DRS) that comes with formula one cars. It also sports carbon fibre rims and a pop-up wing.