The MQB Evo platform has formed the basis of many VW-Audi group cars. It has been used to underpin anything from a SEAT Leon, to a spicier Cupra Formentor. Audi has used it to create its Audi A3 Sportback.

We had the opportunity to test the saloon version of the A3 Sportback, so there's more than a hint of deja vu hopping behind the wheel of the hatchback variant. The concern we had there, was that the A3 was potentially not up to the task of disguising its more humble bones.

Basically, with the knowledge that it shares the basic framework that makes up a seat, could the A3 still deliver the full-fat Audi experience?

It's the same story 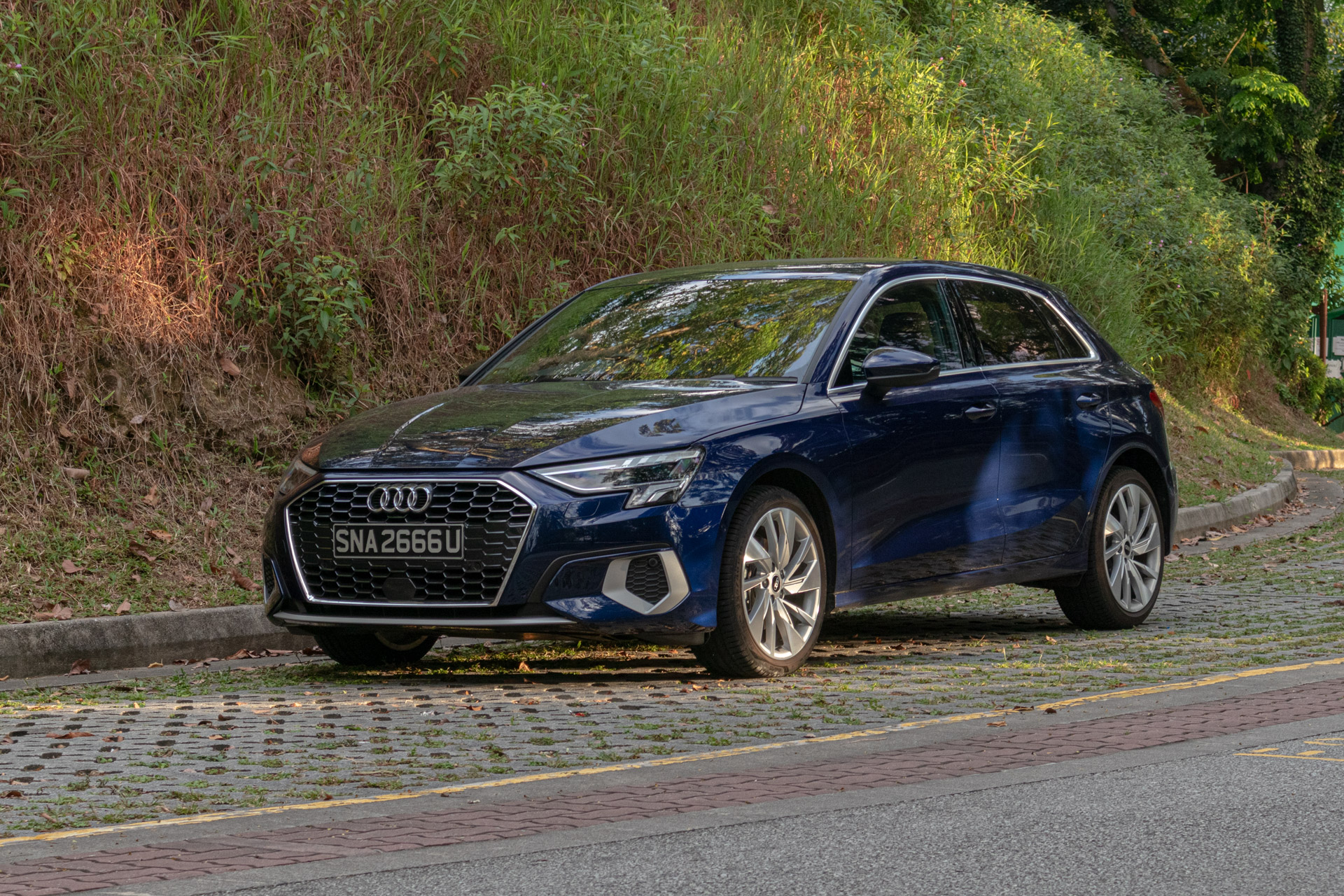 What we found out when we drove the A3 Sedan, was that it never once felt cut-price. Sure, it lacks a lot of the costlier options in their catalogue may possess, but at no point did the A3 Sedan ever feel tinny or cheap.

It's still extremely well screwed together, with all the materials that you've come to expect in an Audi. MQB Evo or not, the A3 feels very much like a quality Audi product.

There's really not much else to mention, that we haven't already done so in the original A3 Sedan review. This may be an all-new car, but the Germans very much prefer evolution to revolution. 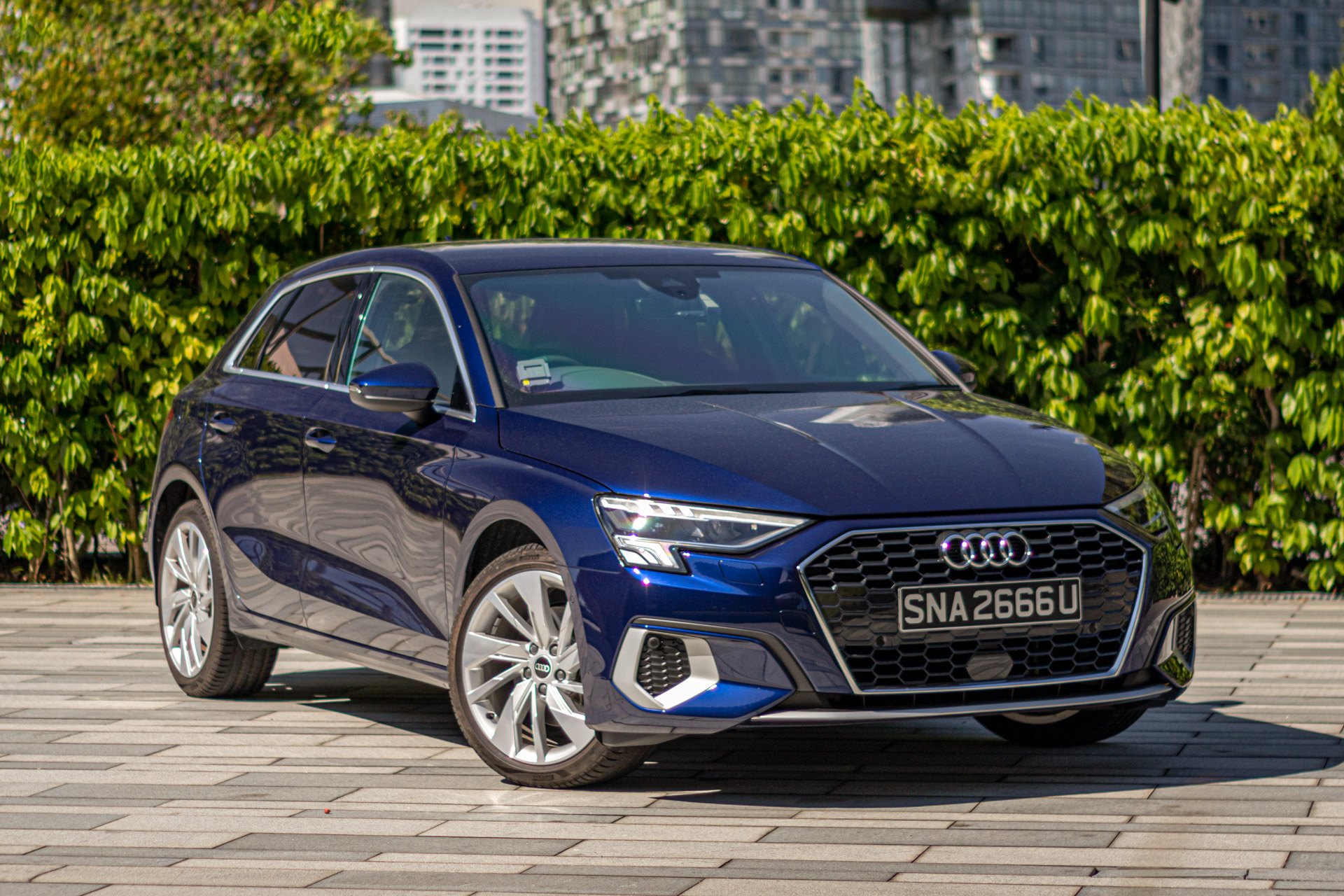 This means that the overall design language is consistent with its predecessors, but perhaps cleaned and tidied up a touch. A very visual representation of this Germanic nip-and-tuck approach to car design can be spotted upfront, where, like the Sedan, this new A3 sports an enlarged grille, with some eye-catching detailed headlights that you'd not expect to find on a car at this end of the price bracket.

B-pillar rearwards are where the cars differ. The Sportback has different rear doors and rear metal work than its saloon cousin, though occupant space remains consistent as there is no significant difference in the wheelbase of both cars. 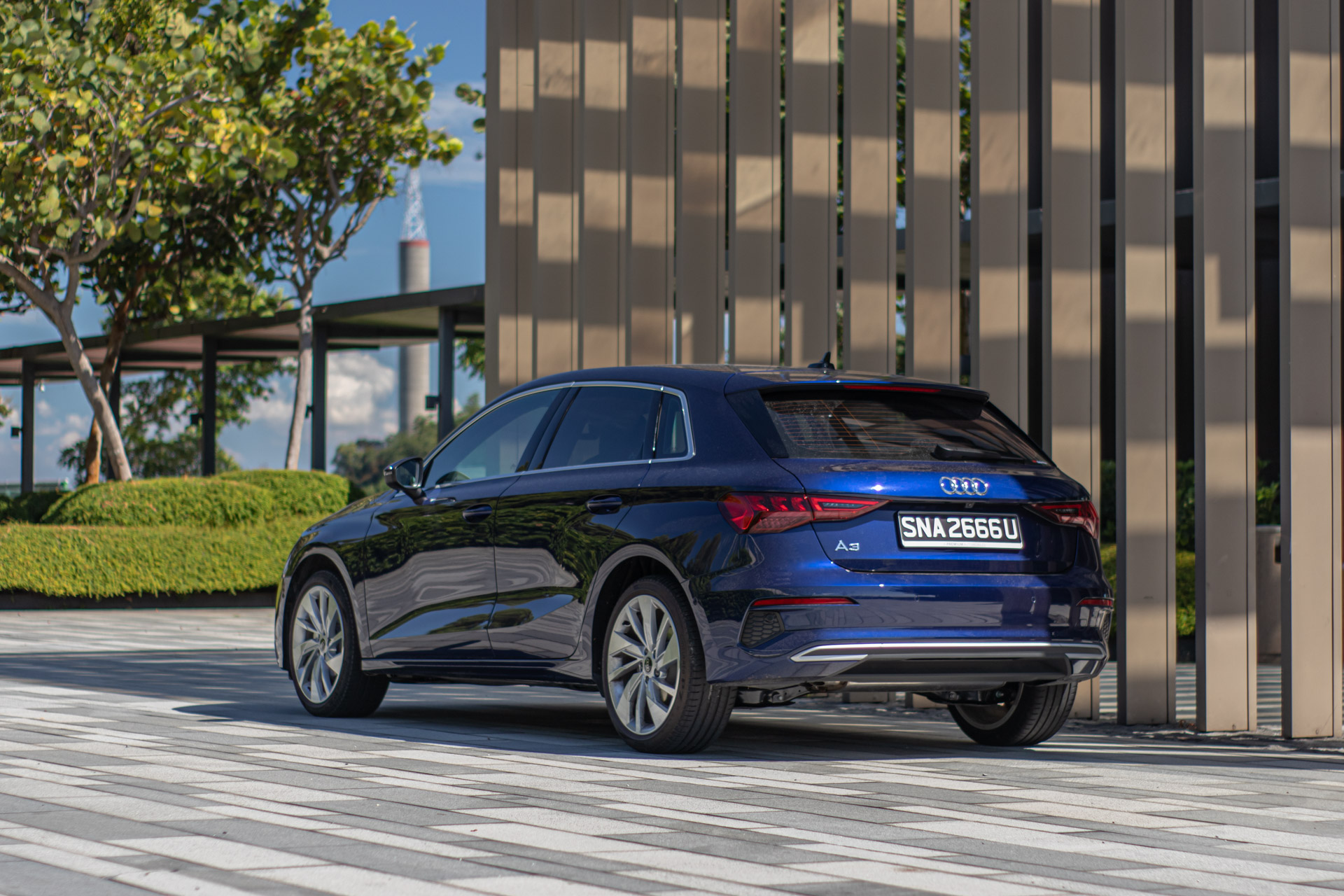 Part of this rear metalwork variation affects the design of the taillights, which mettle to compete with the eye-candy up front too. Overall, despite being one of the lower-tier Audi products, what you're getting far betrays its price tag.

Upfront, it's identical to the Sedan. The over-styled, Lamborghini-esque instrument cluster is still present, as is the latest version of Audi's MMI system for the infotainment. 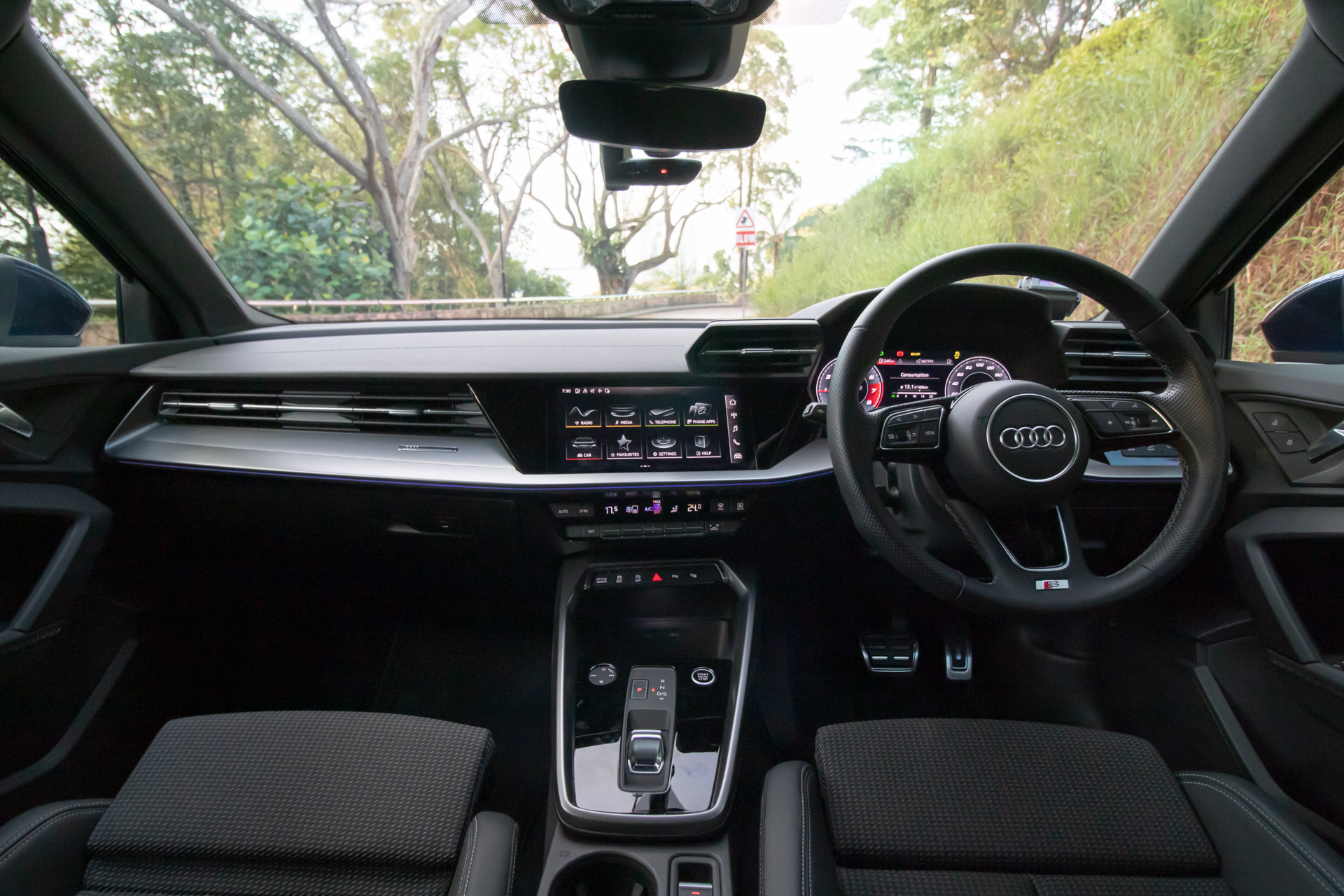 Space on the inside is similar to that of the Sedan too. Though it does feel like there's more headroom for rear-seat occupants. Upfront, you find a pair of fully electric bucket seats with adjustable lumbar support.

They get our seal of approval. 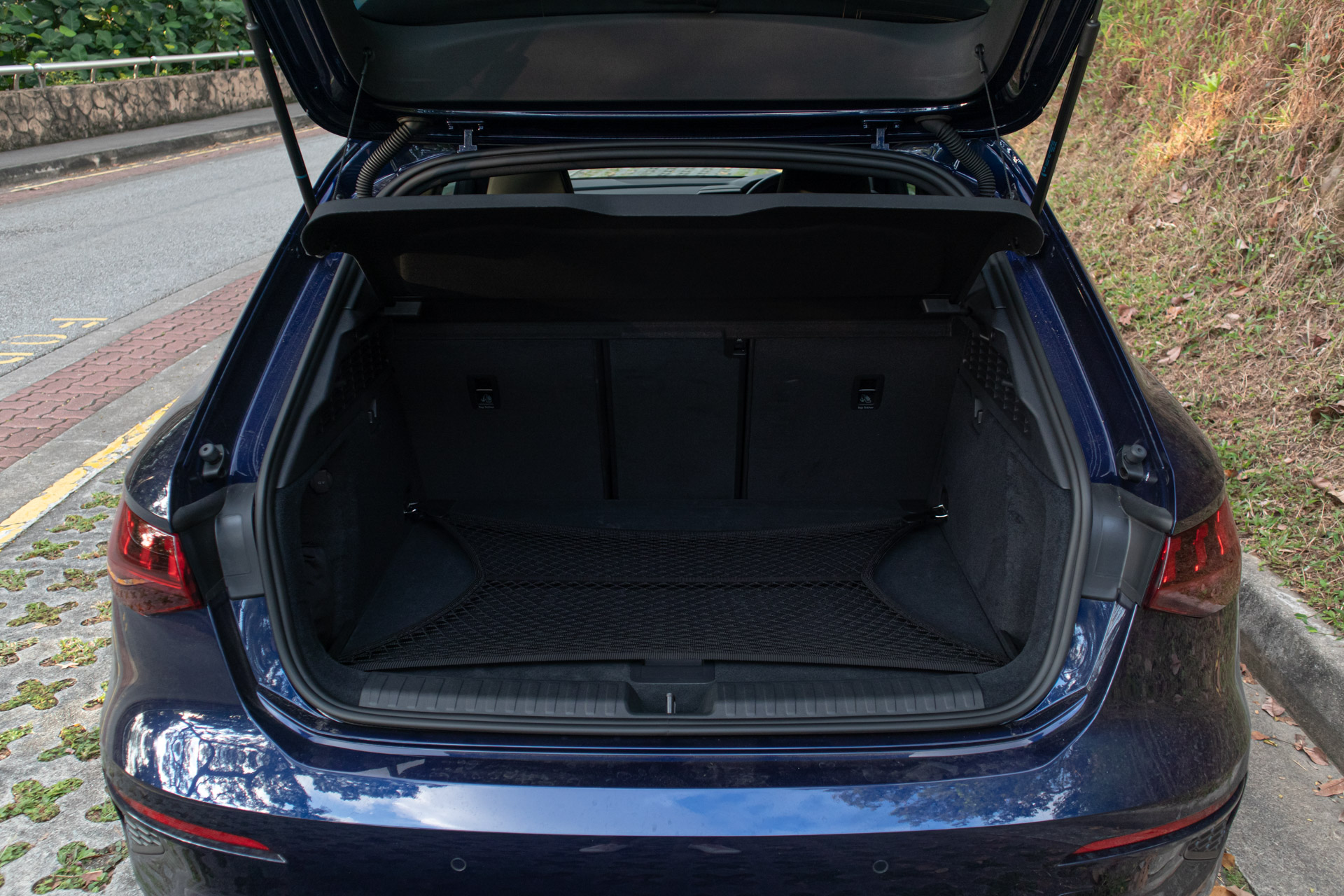 Where this variant struggles against its three-boxed counterpart, is in boot capacity. You are able to fit 425 litres of cargo in the boot of the Sedan. The Sportback's storage capacity tops out at 380 litres.

There's no auto brake hold or super-sophisticated self-driving technology. Adjust your expectations if that was what you wanted in the A3 Sportback - this is an entry-level premium saloon after all.

Tyre roar, which can get intrusive at expressway speeds, is definitely present, and so is the odd grumble from the motor when you ask more of it, but these are just some of the minor compromises you have to make when you want the badge of Ingolstadt's finest on your figurative drive. 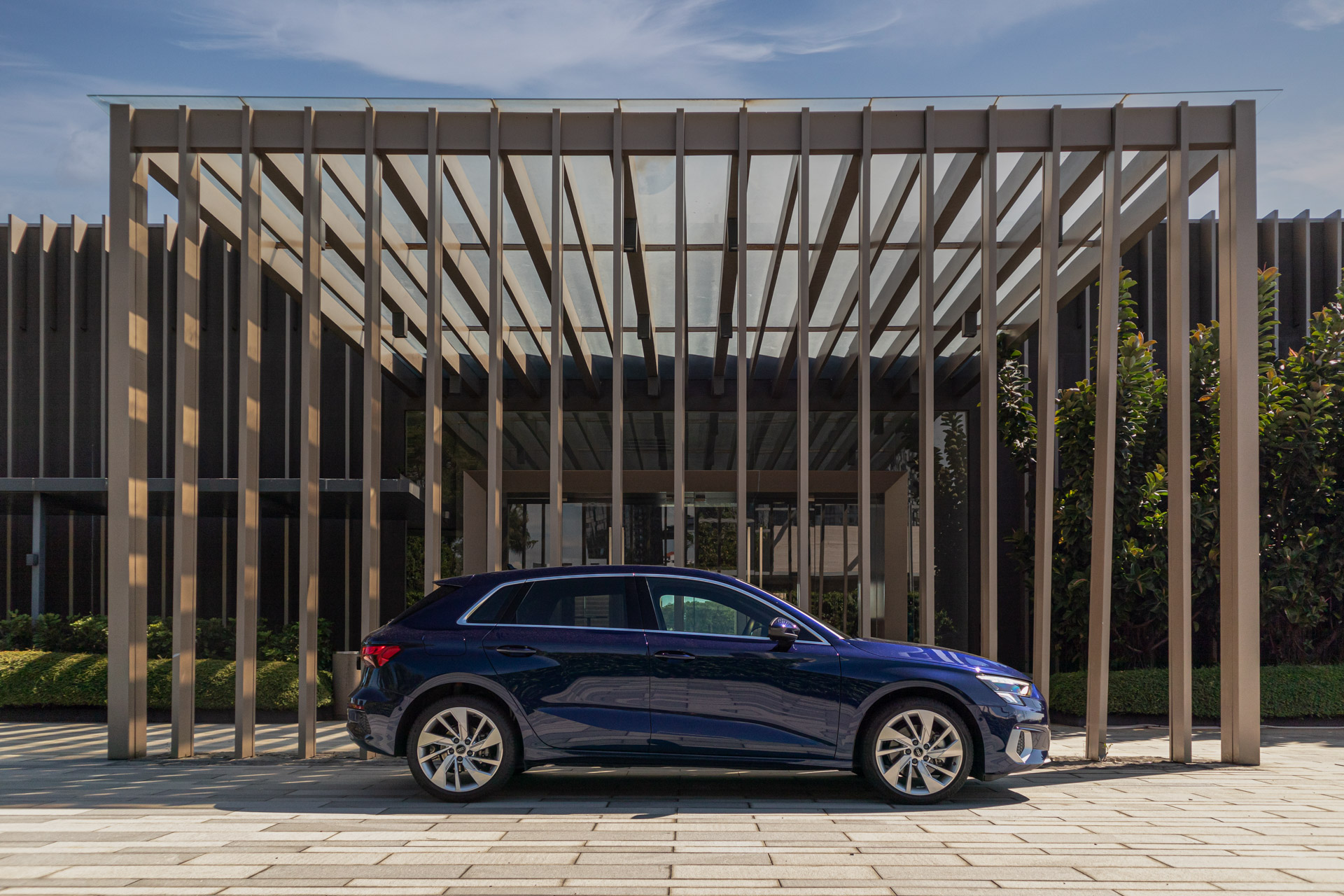 Power comes courtesy of a 1.5-litre TFSI four-banger, mated to a seven-speed S Tronic transmission. It also has Mild Hybrid technology for better fuel economy. Peak output is rated at 150 bhp, for a century sprint time of 8.4 seconds and a top speed of 232 km/h.

ALSO READ: The new Audi RS 3: A 5-cylinder pocket rocket for everyday use

Again as with the saloon, there seems to be a dip in power when the Mild Hybrid system runs out of puff, and when the turbocharger comes on boost. We noticed a brief bog as the car transitions from having assistance from the electric motor to having a usable boost from its turbocharger. 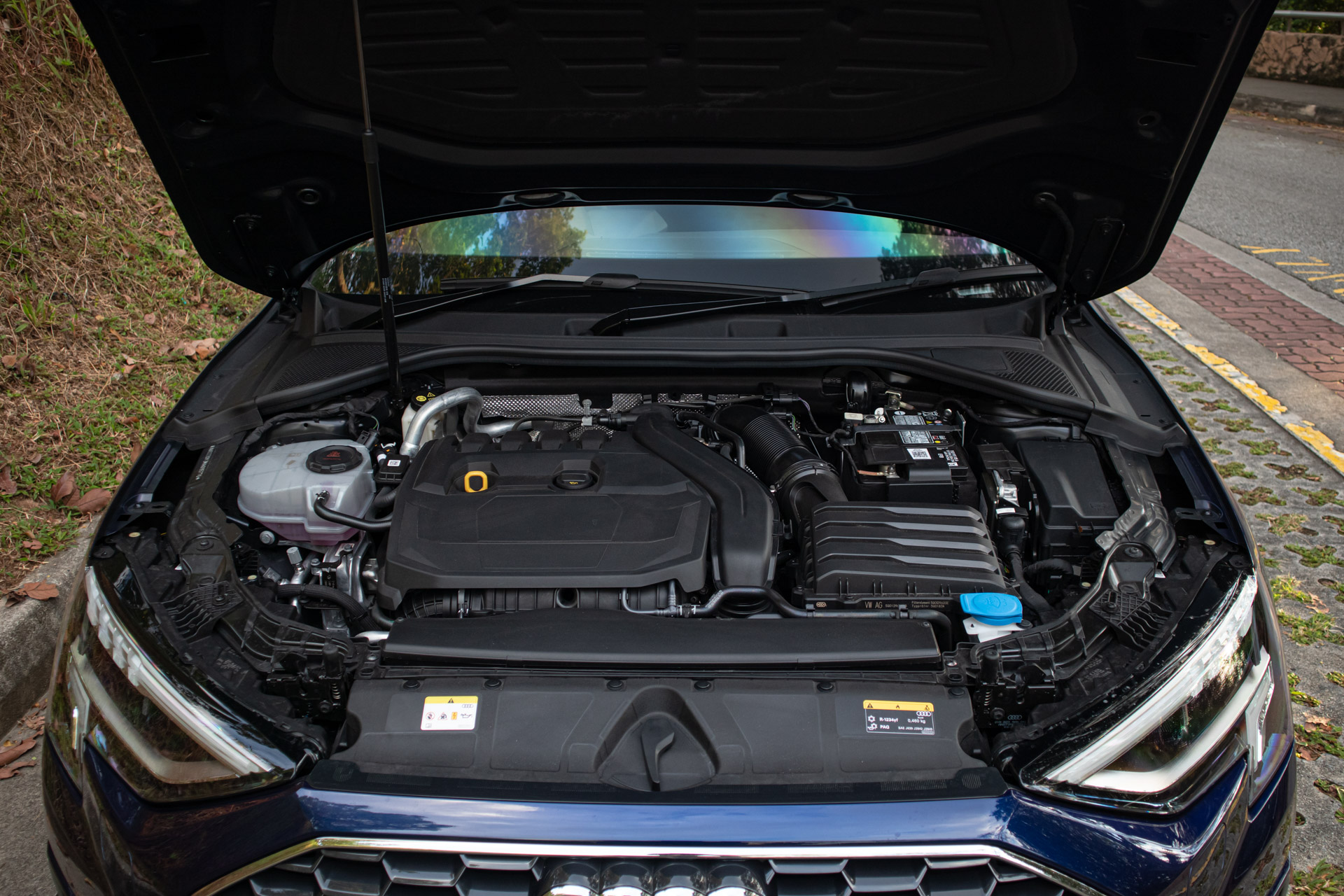 Audi has provided you with the option to toggle between three drive train settings to combat this issue.

'Efficient' mode will see the car short shifting, with a dulled throttle pedal. The car feels sluggish, acting as an effective deterrent to hard driving.

'Balanced' mode sees the car dulling the response from both the mild-hybrid system and the turbocharger to create a more linear power curve. We happily traded some power and response for the smoothness this created.

'Dynamic' mode makes the car eager, with little to no artificial manipulation of the power output. The hybrid and turbocharger will undoubtedly be giving you unfiltered access to all they can output. Good for a sporty drive, but can be fatiguing if used daily. 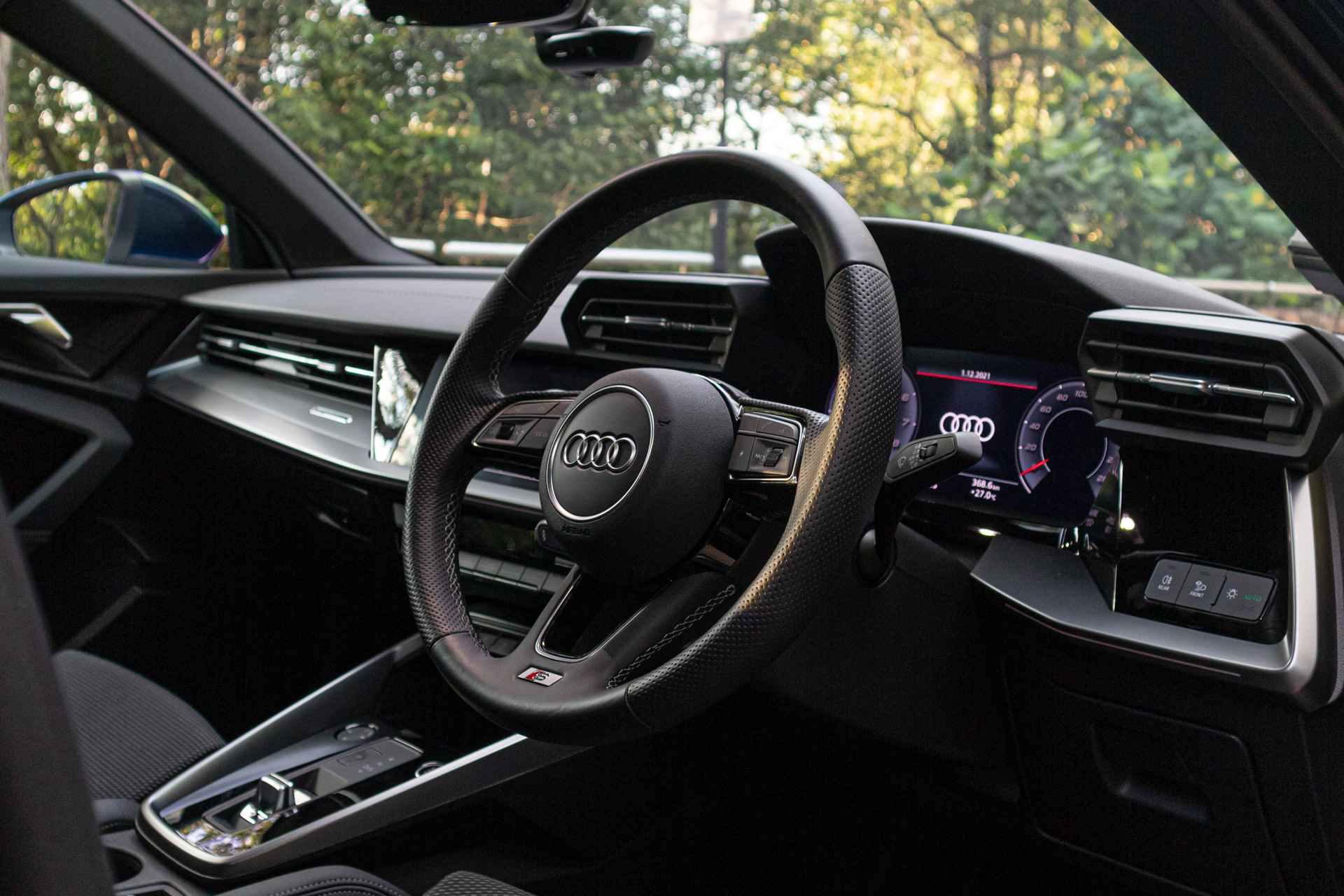 The chassis can be toggled between similar modes too. In this case, 'Dynamic' felt the best as it gave us the best steering feel and weight. You can certainly alter the car's personality through its different driving modes.

It will go from a tame and comfortable hatchback to a taut and engaging experience when all you want to do is scare yourself silly in some twisties. Even so, throughout the test, we achieved an average fuel economy rating of around 13km/l, which puts it thereabouts with what its Sedan cousin did.

Do you really need a boot?

The thing is, the A3 Sedan occupies a unique spot in its class. It is by far the best compact saloon - other MQB-Evo saloons just seem to lack a certain edge that the A3 Sedan has.

The Sportback however, sits directly in the line of fire against other, more storied nameplates. It will inevitably draw comparisons to the Volkswagen Golf, which is less costly and crucially, offers no less of a premium experience. 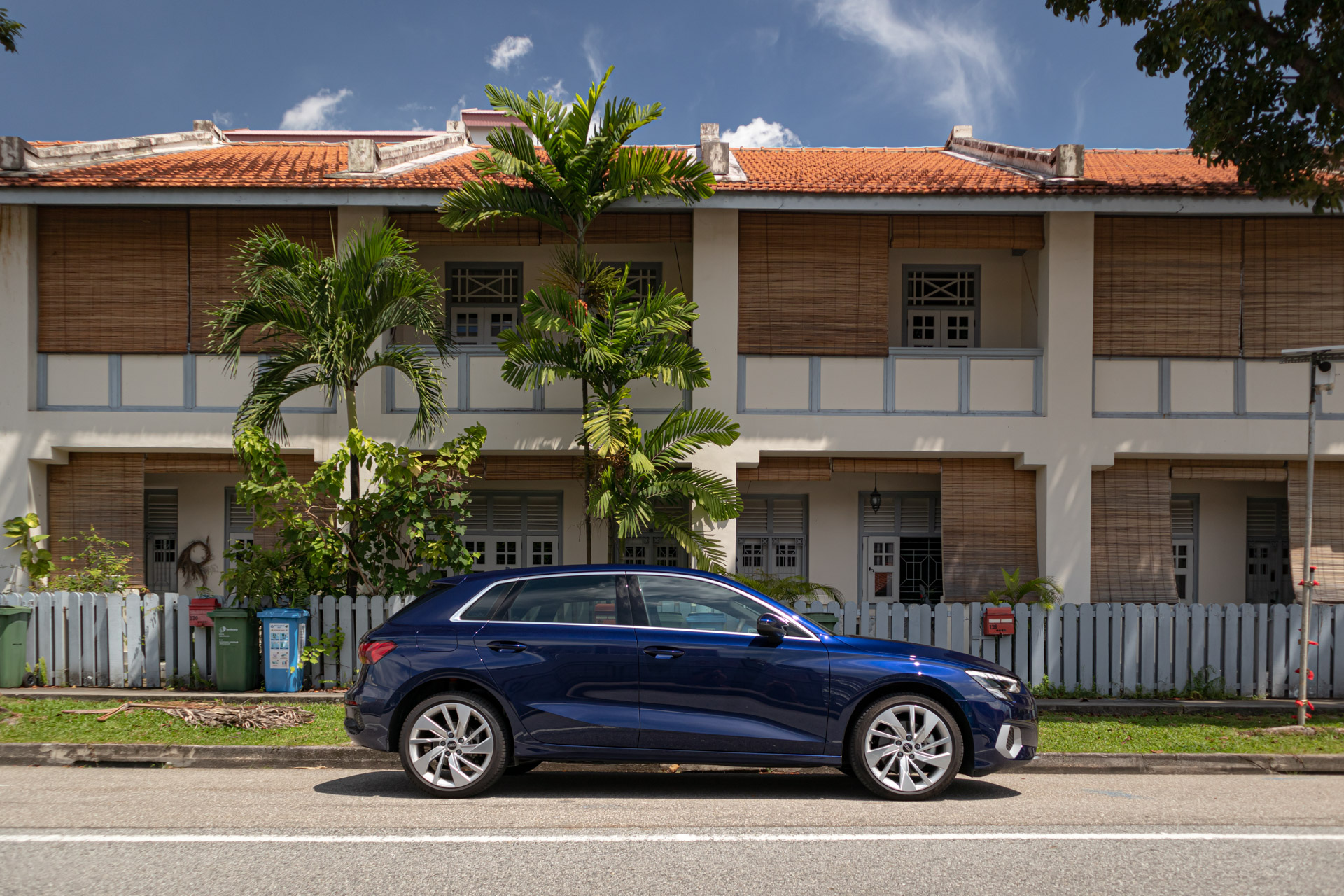 Also considering SEAT's Leon, that makes the A3 Sportback a particularly unattractive purchase.

Audi's A3 Sportback is a brilliant car - don't get us wrong, but if you want your MQB-Evo car with an Audi badge, consider purchasing the Sedan. The hatch has less going for it, with reduced boot capacity, and other shared platform cars offering very comparable experiences at a drastically reduced cost.

Visit Audi Singapore to book your test drive of the A3 Sportback today!