From opulent backdrops to dreamy dance sequences and ultra-glamorous attire, Bollywood films are known for their larger-than-life depictions of Indian weddings.

But real life has in recent years been mimicking reel life as Bollywood celebrities take the nation’s love for big, fat weddings to another level.

In May 2020, Deepika Padukone married fellow actor Ranveer Singh at the picturesque Lake Como, while Priyanka Chopra and US singer Nick Jonas had a palace wedding in December 2018.

Sonam Kapoor and sneaker entrepreneur Anand Ahuja reportedly spent some US$9 million (S$12 million) on their big day in May 2018, and Anushka Sharma in 2017 married cricketer Virat Kohli at an 800-year-old Italian villa.

Still, none of these nuptials have quite matched the mass hysteria generated by the wedding of Hong Kong-born Katrina Kaif, 38, to Vicky Kaushal, also a Bollywood actor.

Ahead of the December 9 wedding, local media released minute-by-minute commentary and coverage on TV and in newspapers, while Indian Twitter exploded with trending hashtags such as #VickyKatWedding, #TheWedding, #BollywoodMarriage. 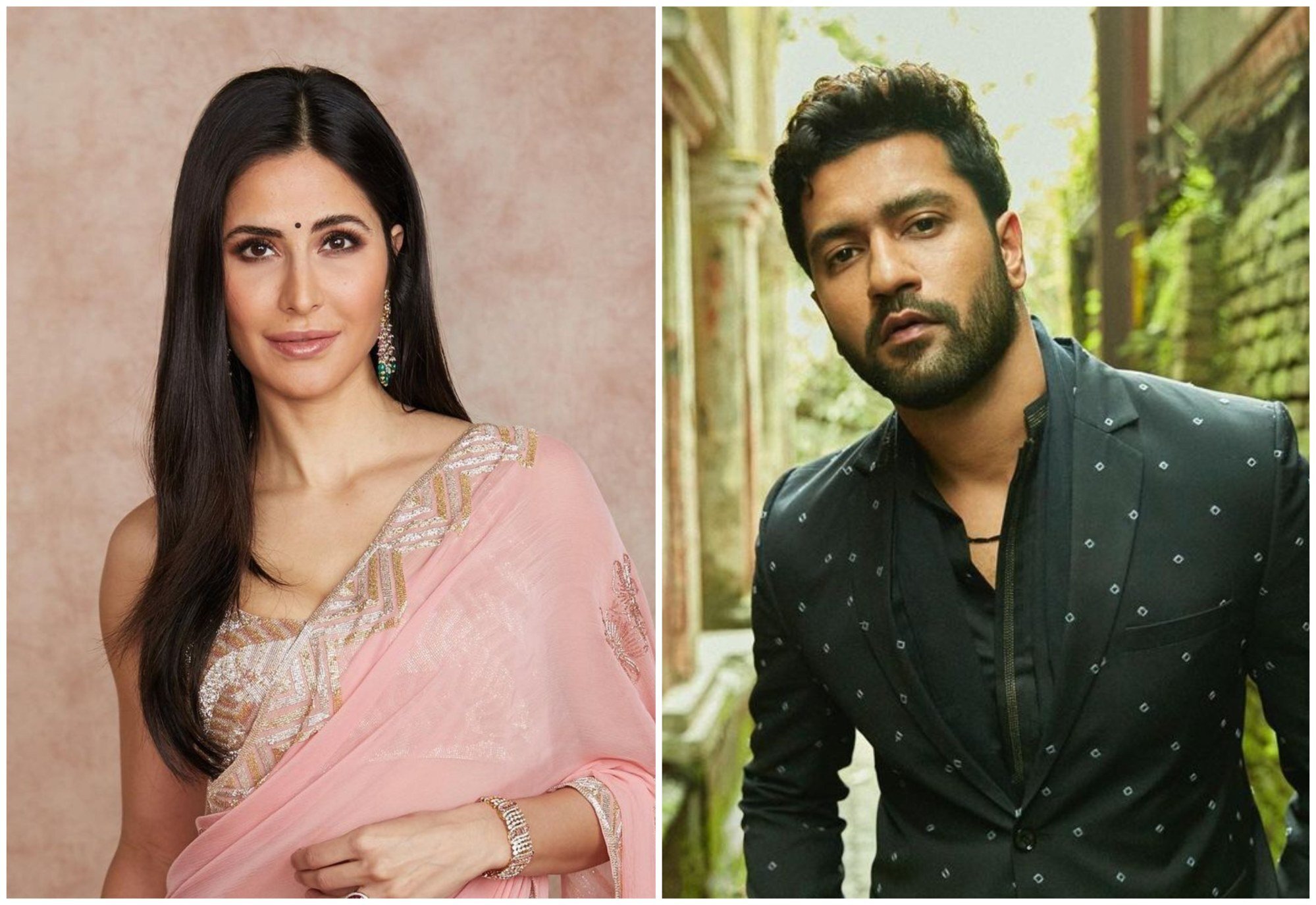 More than 120 guests – including the who’s who in Bollywood and business circles – made the guest list, with some also invited to an intimate pre-wedding party.

The couple picked Six Senses Fort Barwara, a luxury hotel converted from a 14th-century fort, as the venue for their four-day celebration. According to the hotel’s website, the 700-year-old building “has been sensitively preserved and converted, and enjoys a sensational view of the lake and temple”.

A worker at the hotel told This Week in Asia that everything in the wedding had been meticulously customised, including a horse chariot and palanquin for the bride. Some 100 cooks and confectioners were specially flown in to rustle up a banquet of Punjabi and English cuisines. A top henna artist from Dubai was invited to do the bride’s and bridesmaids’ make-up, while the couple will take their wedding vows in a custom-made glass gazebo. 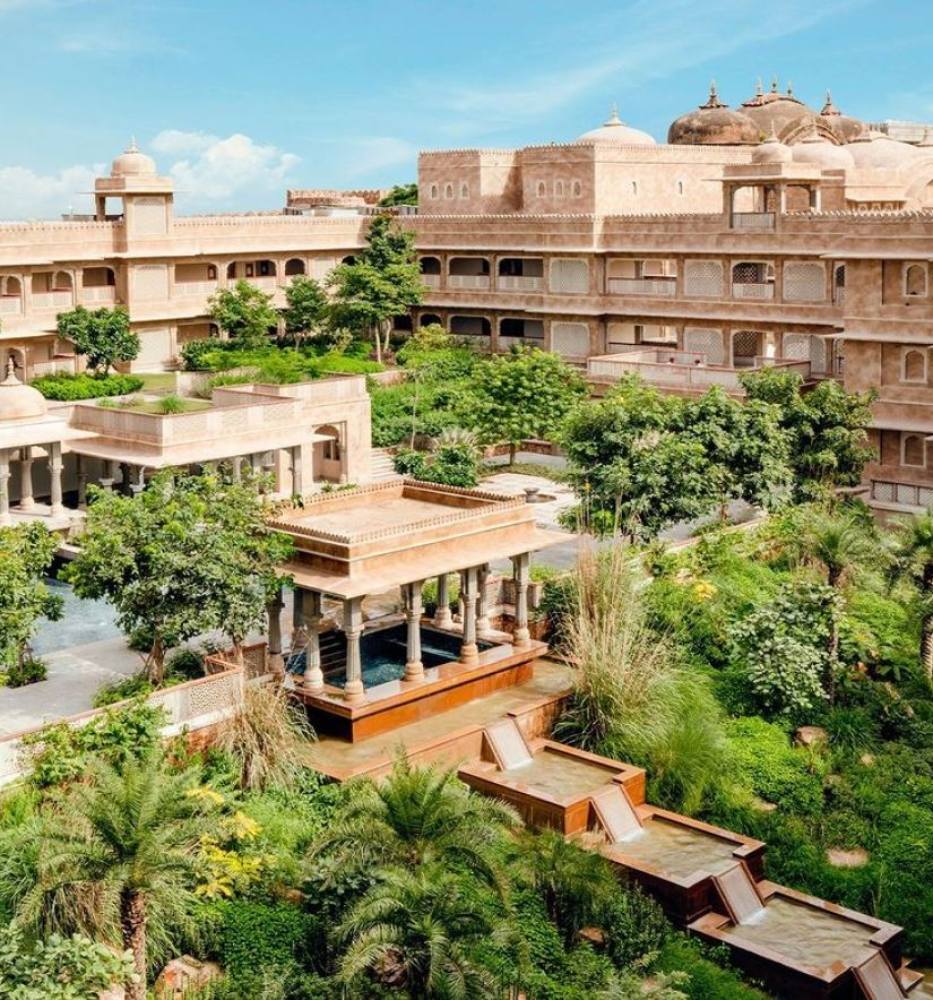 According to reports, Kaif and Kaushal checked into the hotel’s U$10,000 per night signature luxury suite that comes with a private swimming pool, jacuzzi and landscaped gardens.

A makeshift emergency health unit has been stationed outside the hotel, while heavy security has been employed for the event. No cars have been allowed on the road leading to the fort.

The couple were understood to be performing at their own wedding to up the entertainment factor, with Kaushal and Kaif putting up a choreographed dance featuring their hit Bollywood numbers.

A crocodile and tiger safari were reportedly also organised for guests. The actors’ families also took part in some traditional fun and games, quintessential features of Indian pre-wedding rituals, including a musical chairs event.

Like Priyanka Chopra and Nick Jonas, the actors also issued a no-mobile diktat for guests. They have said they will not share any pictures or video of the event on social media and have told guests to hold off contact with the outside world until the wedding is over. After that, photos to be shared online have to be first vetted by wedding planners.

To prevent gate crashers, guests were assigned a special code known only to wedding planners and some hotel staff.

A member of the wedding planners’ team told This Week in Asia that part of the tight control is because rights to the event’s footage had been sold for US$11.5 million.

This is similar to the move Chopra and Jonas made in 2019 to stream their wedding in a documentary format.

“Vicky and Katrina’s wedding will be shot as an ultraglamorous event featuring their friends and immediate family; how the two fell in love; how Vicky proposed with a ‘Will you marry me?’ card hidden inside a chocolate box for Katrina as well as other interesting highlights of the four-day celebrations,” the source said.

Meanwhile, the reported restrictions and heavy security at the wedding venue inspired several memes. One Twitter user likened a supposed security guard at the wedding to the giant doll from Squid Game . Another fan said the tight rules reminded them of Oprah Winfrey interviewing Meghan Markle, during which she asked: “Were you silent or were you silenced?”