Unless you've been living under a rock, you would have heard about Netflix's latest dating series Single's Inferno and its overwhelming popularity that makes it the number one show on the streaming platform's Top 10 chart in Singapore.

The Korean reality show has been captivating international audiences with its attractive cast and dramatic love stories but recent news had netizens buzzing for other reasons.

One of the contestants Choi Si-hun is now tangled up in rumours claiming he previously worked in a host bar.

For the unaware, a host bar is basically an all-night bar that caters purely to female customers, usually wealthy women who pay for male companionship.

These women also often pay to further things with the male hosts or become sponsors for those trying to enter the entertainment industry.

On Monday (Jan 3), Si-hun responded on Weibo denying the allegations.

He wrote: "I would like to say honestly that I am not a host in a host bar. I've never done anything bad in my life and I have been making an honest living. I can bet my life on this… I'm definitely not a host." 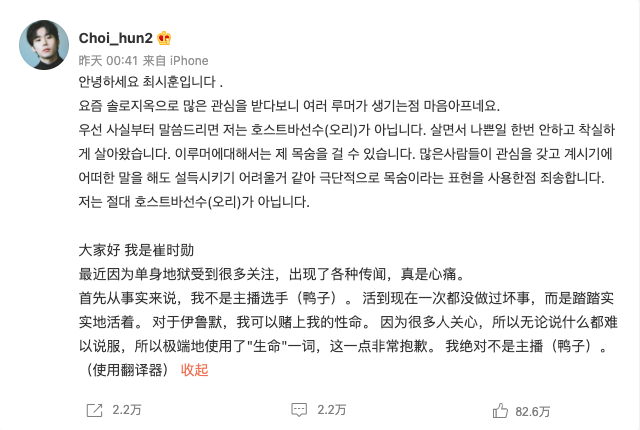