How did they meet? How does she know he is The One? Rebecca Lim answers these questions and more, in an exclusive interview with Her World

Rebecca Lim showed up at my home on a Monday morning.

This was after various media had reported on her recent engagement, and social media was abuzz with congratulatory messages from enthusiastic fans. The 35-year-old actress had announced it herself in an IG post on Nov 15, along with an image of her fiance.

Weeks later, after messaging back and forth between us to settle on a date, time and place to meet up for an interview post-engagement news, Rebecca texted “at your place” and I replied “OK I’m ordering chwee kueh”.

Despite being known in the media to be fiercely private about her personal life, there were moments when she was surprisingly vulnerable and joyfully candid. Perhaps it was because we had some in-depth conversations over the years – this would be the fifth time – and an unspoken, comfortable familiarity had grown between us. 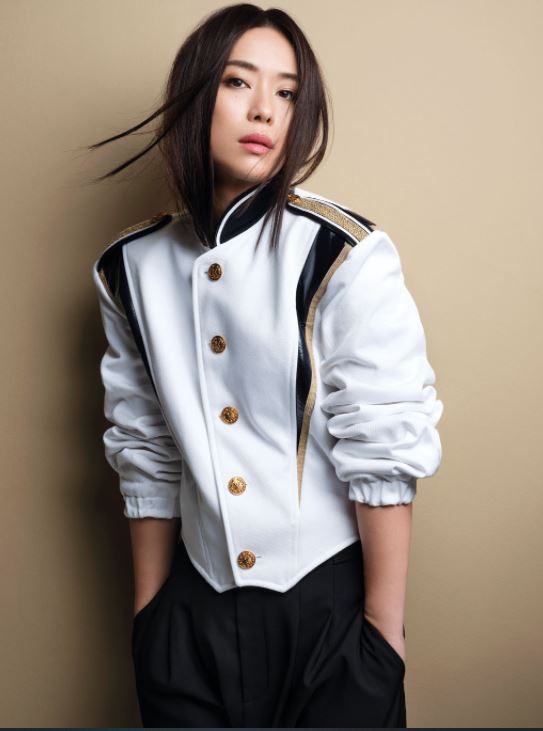 Professionally, her career is heading where she wants it to. From having won Best Actress in a leading role at the Asian Television Awards in 2010 and the local Star Awards in 2018 to ambassadorship of brands, Rebecca is exactly where she deserves to be. Last year, she told Her World that she’d always wanted to act in a horror series – she’d just wrapped up filming for one at 5am this morning.

So here she was at my home again for the interview, and completely unfazed by the humdrum of my air-conditioner being serviced and my step kids’ morning play activities around her. Throughout the two hours, it was no holds barred – she answered all 30 questions on my list and more. There was no evasion or coy smiles, just a woman excited to start her new life with the man she’s in love with. 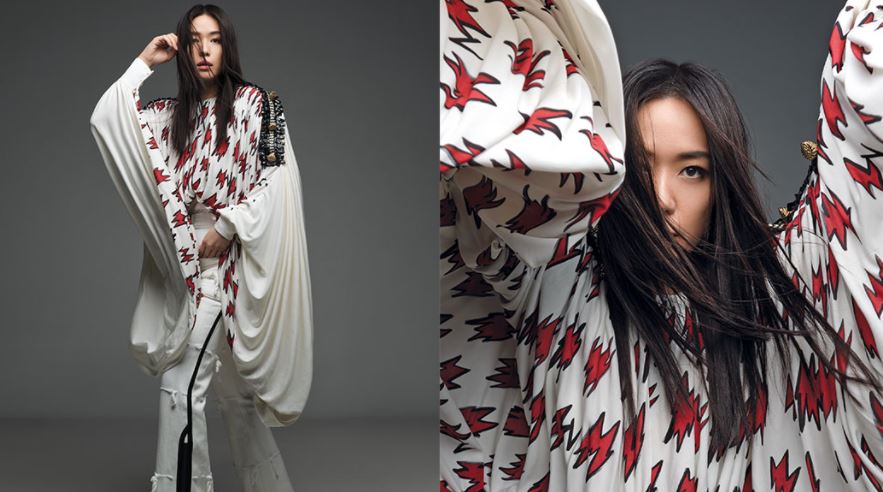 How she met Matthew

I told Rebecca I wanted to know everything, spare no details.

How did it all start?

“My friend (makeup artist) Shaun was the one who set me up. One day, he was telling his good friend he was concerned that I was still single, and Matthew’s mum is Shaun’s friend’s friend, and she’d told him that she was worried her son was just holing up at home playing his guitars. So they put one and one together…” 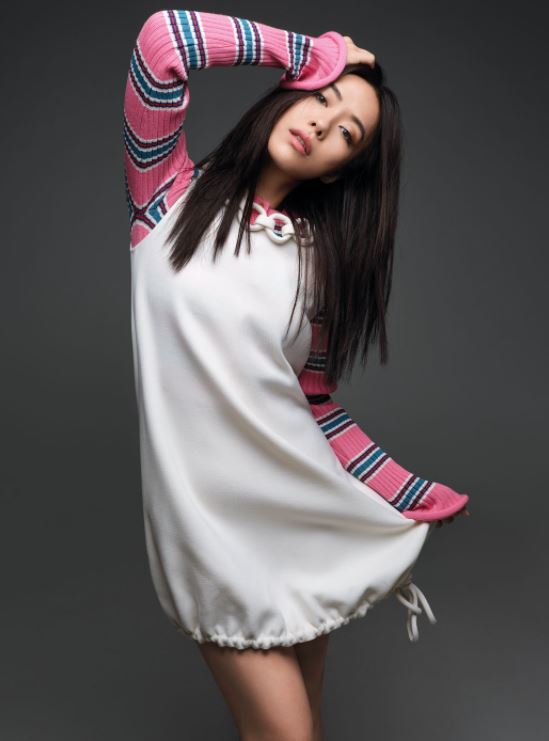 Some facts on the man in question: Matthew Webster is a 35-year-old Singaporean Scorpio, who went to school at UWC South East Asia, and went on to earn a journalism degree at Monash University in Melbourne. He interned for Channel News Asia as a fresh grad, and is now assistant vice-president of corporate branding at PSA Singapore.

Rebecca recalled: “It took a long time for this dinner to happen because of my work and family commitments. After two cancellations, I felt really bad as this meet-up actually involved other friends, so despite how much I didn’t want to go, I forced myself to.”

What were her first impressions when they met?

“We barely spoke the first time we met!” Rebecca exclaimed. “Matthew and I are not good with big groups, so I barely knew anything about him.”

She added: “But he got my number that night and we met a week later for dinner in Dempsey. This time round, he sat opposite me, and I remember thinking to myself, ‘Wow, he’s actually really good-looking.’”

Matthew’s dad is British while his mum is Chinese Singaporean. I asked if she could show me a clear photo of Matthew and she obliged with a wefie – I saw a man with strikingly intense dark eyes who stood half a head taller than her.

When I interviewed her in 2019, Rebecca said then that she believed she had never been in love before. I reminded her about it and asked if she recalled telling me that.

A careful pause, before she said: “In hindsight, I think I believed that I had never been in love before because I was never truly loved. There was no way to reciprocate.”

I countered – how then does she know that she is truly loved now?

Rebecca replied definitively: “Through action. I believe in actions and not words. A person’s worth should be defined by what you’re willing to sacrifice and do, not about talking a good talk.”

The confidence from her response was a refreshing change from my previous interviews with her, which I pointed out. She smiled, musing: “It’s different when you meet someone for the first time at 25 years old versus when you’re 35. When you’ve matured, there’s none of those stupid mind games, like playing hard to get or the damsel in distress. You just know what you want and don’t want, and you make that clear.”

This essentially also addresses naysayers’ comments about her getting engaged less than a year after meeting her new beau. 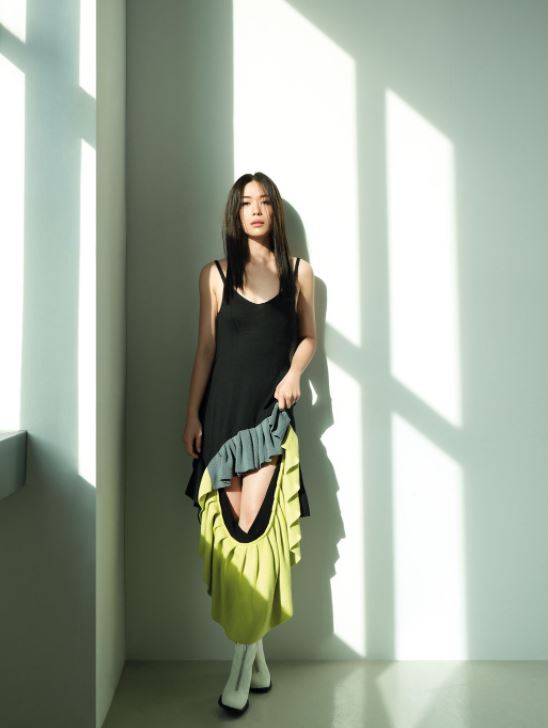 How did she know for sure that Matthew was the person she wanted to spend the rest of her life with?

She answered: “When I realised that I just want to spend every possible moment with him. Whether I have a really good or bad day, I just want him to be the person by me. When I think of my future, I see him in it.”

The last time we chatted, Rebecca mentioned that she wanted a man who’s filial, funny and kind. I asked if he checked the boxes on these traits.

“He does, but what I didn’t realise was, while these are important, they’re not the things that define your relationship. I like that when Matthew’s with me, he’s 100 per cent there. He gives his presence and attention.”

She continued: “What you see about him is exactly what you get. He’s just so at ease with himself. He has no walls and is genuine with everyone.” 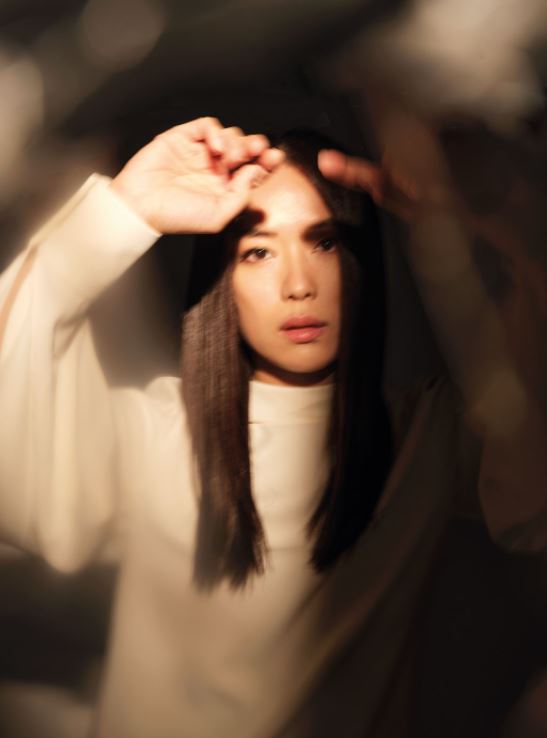 How the proposal happened

How did it go down and did she have any clue at all?

“I actually did, ‘cause like I said about him, what you see is what you get. Before the night of the proposal, he had asked me to dress up for a dinner reservation, as I’m usually in jeans when we eat out,” Rebecca said with a laugh. “When he asked me to put on something nice for dinner, I asked him pointedly, ‘Why? Are you going to propose?’ And his reply was to look away from my gaze into his phone while mumbling at it.

“I called my sister and told her I thought he was going to pop the question – and this sister of mine deserves a Best Actress award for conspiring with him.

''My immediate family actually knew for two weeks prior… but my sister was quick to reply, ‘Hmmm… I don’t think so, you know, ‘cause he hasn’t asked Mummy and Daddy for permission, and you know that’s their requirement’. And I actually believed her,” recalled Rebecca. 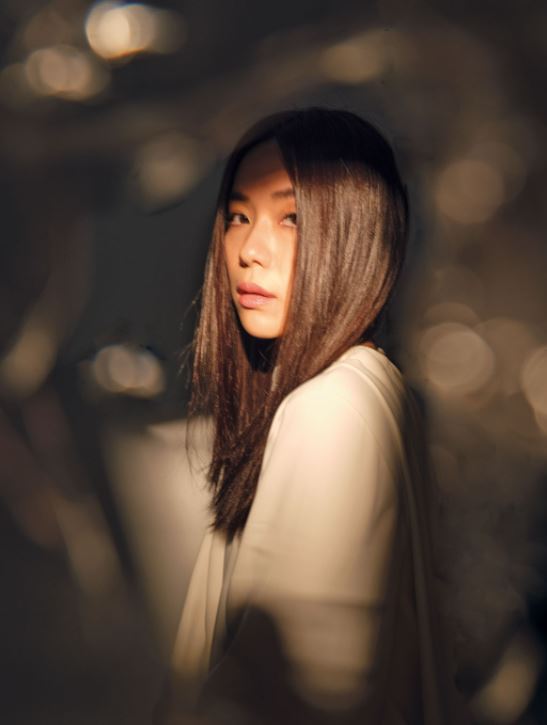 The venue for the memorable occasion was an art gallery in Raffles Hotel, and it happened before the dinner reservation Matthew had booked. She shared: “He told me he wanted to pop into a gallery to collect something for his mum, and I didn’t think much of it as she’s a bit of an art collector.

He disappeared into the gallery and I was just wandering around alone. Even when I stumbled upon this corner of the gallery with the sign M-A- R-R-Y-M-E, I thought it was an art installation.”

I asked for a peek at the engagement ring, which she said was picked out with help from Matthew’s mum, who has a great sense of style. She didn’t have a close-up shot of the ring, so I helped myself and zoomed in on the image in her phone. Though pixelated, I could tell that it was a significantly sized rock.

How she envisions her future

Right now, both Rebecca and Matthew still live with their parents, though they live a short drive away from each other. They plan to move in together after getting hitched, but they could move into his family home first if they don’t manage to buy their own in time.

Conservative parents aside, they also want to wait for a more opportune time for property prices to come down. “The real estate market is so expensive now! So I guess we can just wait and see,” said Rebecca. “There’s no rush.”

As for kids, Rebecca only wants one, if at all. “Before my niece and Matthew came into my life, I always thought I wanted a few kids, because that’s all I knew growing up with my siblings. But thanks to Covid, I was home a lot and was really involved in caring for my niece,” she explained.

“I’m just her aunt, but I think about things like whether the world would be kind to her, and whether she would be kind. Can you imagine when or if I have my own? Matthew is an only child, so I believe the kid is not missing out if he/she doesn’t have any siblings. One is enough!” 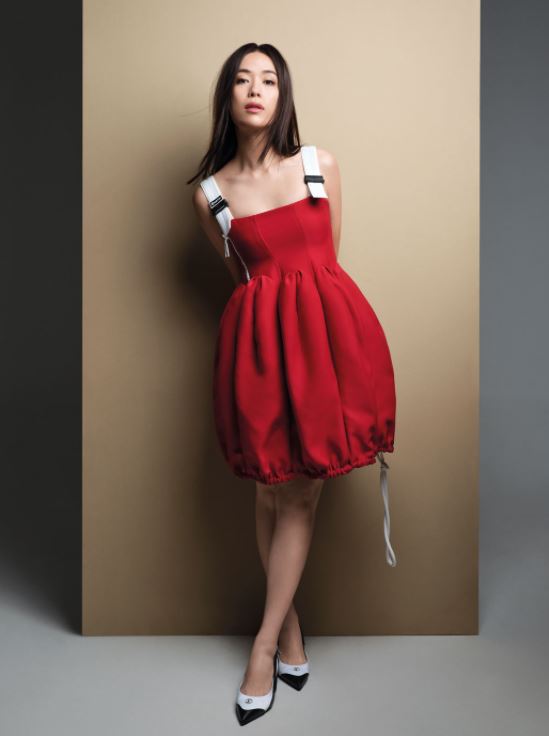 When it comes to parenting, she’s convinced she would be the typical tiger mum who’s the strict disciplinarian, while Matthew would be the fun parent who engages their kid in creative endeavours.

I asked her to sum Matthew up in three words. “Husband-to-be!” she declared.

Then she paused for a few seconds and, just like the girl-next-door Singaporeans have come to love over the last decade of her career, she laughed and said simply in classic no-nonsense Rebecca-style: “Hmmm… OK, he’s a ‘dream come true’.” 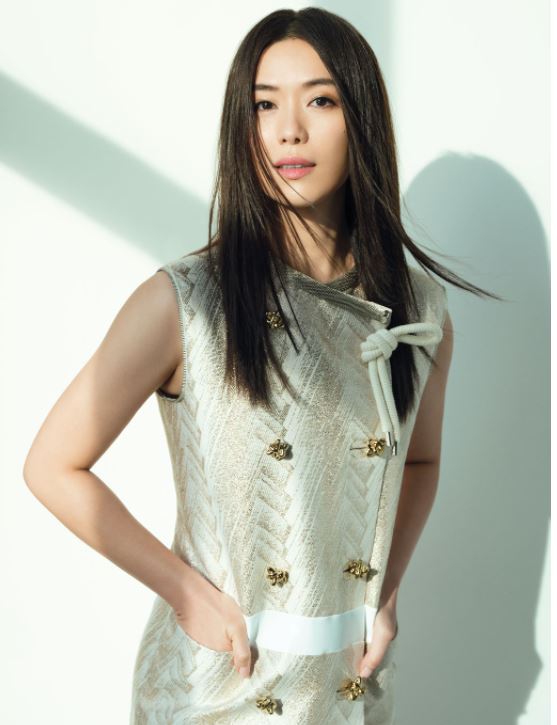 5 things you want to know about Matthew Webster

1. He can't speak or understand Mandarin

“That’s why he’d never watched any Channel 8 shows and didn’t recognise me as an actress. The only shows he’d watch were Phua Chu Kang and Triple Nine so he knows who Gurmit Singh and James Lye are.”

Not only does he jam to ‘80s music, the song he played in the art gallery when he proposed to Rebecca was Peter Cetera’s Glory of Love.

3. He's the chatterbox between them

“He was the chatty one on our first solo date and I was very nervous! Even now, he’s the one who likes to talk. There can be things I don’t want to talk about, because I tend to keep my problems to myself, but he can sense that about me and will nudge it out of me.”

4. He doesn't fuss about Rebecca's work or social commitments

“I don’t ever have to worry about Matthew if I want to take on more work commitments, see my friends, or spend more time with my family instead of him. In my previous relationships, this was never the case, as I used to always feel guilty about not being readily available for my exes. I didn’t realise it till now, but my previous relationships were about them, not me.”

“The one thing I hope he will change is how much he loves horror films and, on top of that, how loudly he watches them! The audios are scary to begin with, so I really don’t understand why he needs to watch them at that loud volume.” 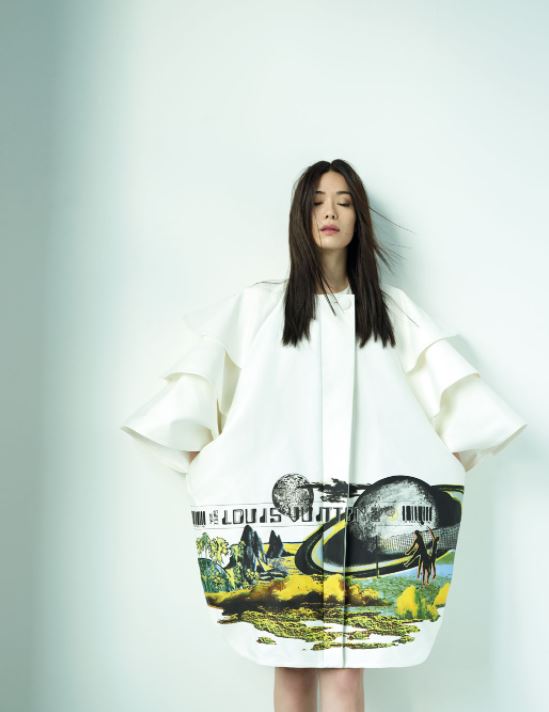