If not for daughter Eleanor Lee, it's possible that local TV host Quan Yi Fong might look a lot different now.

After all, she revealed in a recent radio interview that Eleanor talked her out of going down the slippery slope of cosmetic surgery.

The 46-year-old told YES933 DJs Zhong Kunhua and Nico Chua that on the first episode of her new talkshow Hear U Out, she didn't have much range in her facial expressions because she had just gone under the knife and didn't expect to go back to work so soon after the surgery.

Yi Fong explained the surgery was done to correct a previous botched nose job that had caused complications — something she discovered only when she visited a cosmetic surgeon while in South Korea earlier this year. She was there with her best friend, celebrity hairstylist Addy Lee, to get work done as a way to pass time.

The surgeon pointed out that her nose was 'shrinking' due to the previous procedure, and she was at risk of looking like how the late Michael Jackson did. During the assessment at the clinic, it was also revealed that the cartilage which was used belonged to a cadaver.

She was also advised to stop getting nose jobs to avoid irreparable damage. 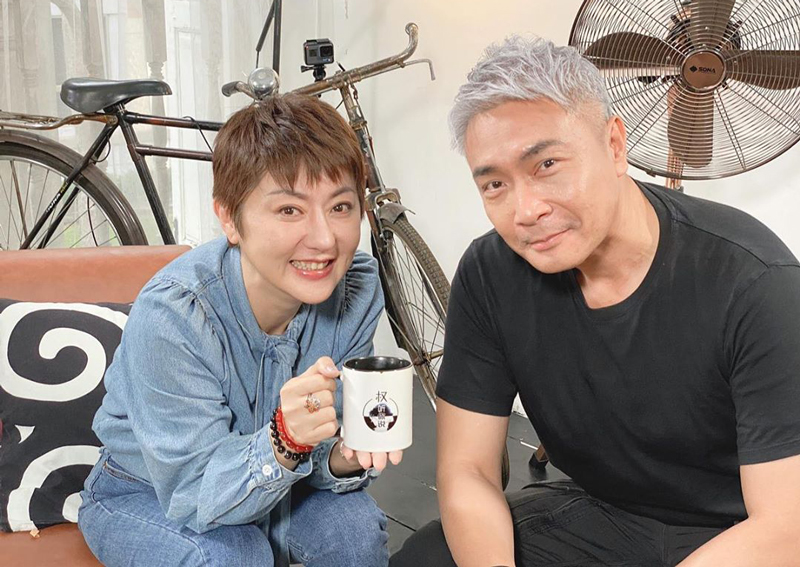 After correcting the botched rhinoplasty, Yi Fong laughed and admitted that she went back to get a face lift because she was bored.

Eleanor, 20, wasn't happy after seeing her mother go repeatedly under the knife. Yi Fong recounted: "After I came back [from South Korea], Eleanor told me, 'Mum, that's enough. If you continue like this, I might have to cut ties with you.'"

While Eleanor thought it was wrong to have a dead person's bone in your nose and understood why Yi Fong had it corrected, she couldn't accept the face lift and put the kibosh on further surgeries — even if Yi Fong were to accidentally damage her nose in the future.

In classic Yi Fong-style, she replied to Eleanor: "No lah, it's not like I had work done before I had you. I gave birth to a beautiful daughter then I went to get surgery to look more like you."

Yi Fong candidly revealed that she had cosmetic surgery initially because she didn't think she was pretty.

"I wasn't satisfied with my face because I'm not Zoe Tay, Fann Wong, or Kym Ng," she said.

And she knows it's wrong and is willing to accept any criticisms.

"I know, it can be addictive and you shouldn't do this. I also want to admit this. Whatever criticisms you guys have, I can take it. Just as long as you don't go and trouble other people."