By the standards of an entertainment industry that likes to play it safe, Park Na-rae stood out as risqué. The South Korean comedian riffed on sex and relationships in a 2019 Netflix special that billed her as “sassier and dirtier than ever before”. 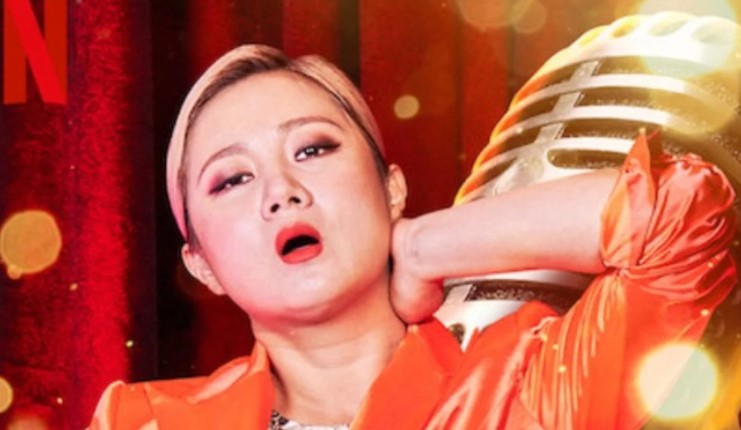 Later that year, Park became embroiled in a minor controversy while hosting an industry awards show after viewers accused her of disrespecting an older male MC and comedian when she uttered an audible sigh.

But it wasn’t until Park, 35, arranged a children’s action figure into a sexual pose and joked about it during an appearance on her YouTube show that the police got involved.

Police in Seoul said on Friday (April 30) they would investigate whether Park had broken the law after receiving a public complaint about the segment, during which she made lewd jokes and placed the action figure’s arm between its legs to resemble a penis.

The announcement followed weeks of controversy over the segment, which was aired in March, that has resulted in accusations of “sexual harassment ” against Park, several apologies and the cancellation of her YouTube show.

Many South Koreans have reacted to the police probe with incredulity, asking how authorities could have time to investigate the “sexual harassment” of a doll in a country where sex crimes against women often go unpunished.

Although Park’s critics and media reports have discussed the case as a controversy over “sexual harassment”, the comedian’s actions are likely to be examined under a law prohibiting the distribution of “obscene material”, under which offenders can face up to one year’s imprisonment or a 10 million won fine (S$11,900).

South Korea has been scandalised by a series of high-profile sex crime incidents in recent years, including the proliferation of spy cameras in public restrooms and changing rooms, and child sex trafficking and exploitation rings organised through the Telegram messaging app.

In November, Cho Ju-bin , 24, was sentenced to 40 years in prison for operating a network of notorious “nth rooms” that involved the blackmail of at least 74 women, including 16 teenagers, into performing degrading and violent sex acts.

In December, the government unveiled tougher punishments of up to 10 years in prison for sex trafficking involving minors and stronger post-release supervision of child sex offenders, amid widespread public outrage over the release from prison of Cho Doo-soon , a notorious child rapist who left his eight-year-old victim with life-altering injuries.

Several high-profile politicians have also been accused of sexual harassment, including former Seoul mayor Park Won-soon , who took his own life last year after being accused of harassing his secretary over a period of several years.

Cho Hee-kyung, a law professor at Hongik University in Seoul, said that while police had an obligation to investigate any complaint they received, she was surprised at their apparent eagerness to probe the controversy around Park.

“More typically, complaints of sexual harassment do not seem to receive a high priority in terms of investigation,” said Cho.

Cho said Park’s “frank description of sex and her own sexual relations” were unusual for a woman in South Korea.

“People who like her do like her for that very fact,” she said. “However, obviously there were some others who were upset enough by what she did to lodge a complaint.”

The growing attention to sexual harassment and abuse in South Korea has coincided with an antifeminist backlash among some young men, who see double standards in the tone of radical feminist forums such as Megalia that mock men’s perceived sexual and other shortcomings.

Sohn Hee-jeong, a professor at the Centre for Cross-Culture Studies at Kyung Hee University, said the backlash against Park Na-rae reflected a broader antagonism towards women’s activism in traditionally patriarchal South Korea.

“As women’s voices are getting louder and feminism’s influence expands, the so-called ‘victimised men’ have appeared,” said Sohn. “It’s a similar tendency to the 20-something ‘bro-flakes’ in the United States who support Trump or China’s nationalistic ‘angry youth’. These men tend to be antifeminist as well.”

“There is a conservative tendency in discussions around sex,” she said.

Kwak Kyung-jik, lead partner at the Seoul-based legal firm Kwak & Company, said the law in South Korea was taking a growing interest in pornographic and “obscene” material due to the reach of the internet and concerns about adolescents’ welfare.

But Kwak doubted Park would face prosecution “because obscenity in a general context has been, and I believe should be, narrowly interpreted, when it comes to criminal punishment”.

On Sunday, Park, who did not respond to a request for comment, issued a tearful apology, one of several in recent weeks, and pledged to learn from her experience.

“I have been given an opportunity to reflect,” she said. “I will do my best to make a good image and not make mistakes.”