My conscience is clear: Rebecca Lim on 'misunderstanding' with ex-BFF Desmond Tan They used to be such good friends that some fans wished they would date each other.

Then, something happened a few years ago, they weren't BFFs anymore, and their friendship became dust in the wind.

Until Desmond Tan talked about it late last month in an episode of Quan Yi Fong's meWATCH talkshow Hear U Out.

While the 34-year-old actor didn't want to go into details on what exactly happened between him and local actress Rebecca Lim, he said: "I did something and she didn't understand why I did it that way. But I also didn't know I did something wrong."

He then added: "We were both busy with our lives and we stopped contacting each other as much. But I thought it was natural. We were all busy with our own careers. Then I realised we had slowly stopped talking to one another. So I asked and that's when I found out about this misunderstanding."

When AsiaOne spoke with Rebecca, also 34, on Monday (Oct 26) from the sidelines of the virtual press conference for her new drama A Jungle Survivor, she said she didn't watch that episode of the talkshow and didn't want to jump to conclusions.

"There's nothing for me to clarify because my conscience is clear. Whatever that had happened was so many years ago," she said.

She added: "The only thing I can say is, I'm not someone who draws a very clear line. I'm actually a very forgiving person. Once the trust is broken, it's difficult for me to mend the trust. I'm also someone who really believes that action speaks louder than words."

Because Desmond was optimistic that both of them would "talk it out one day", we asked Rebecca if she felt their friendship was salvageable. The interview was halted by her management at this point. 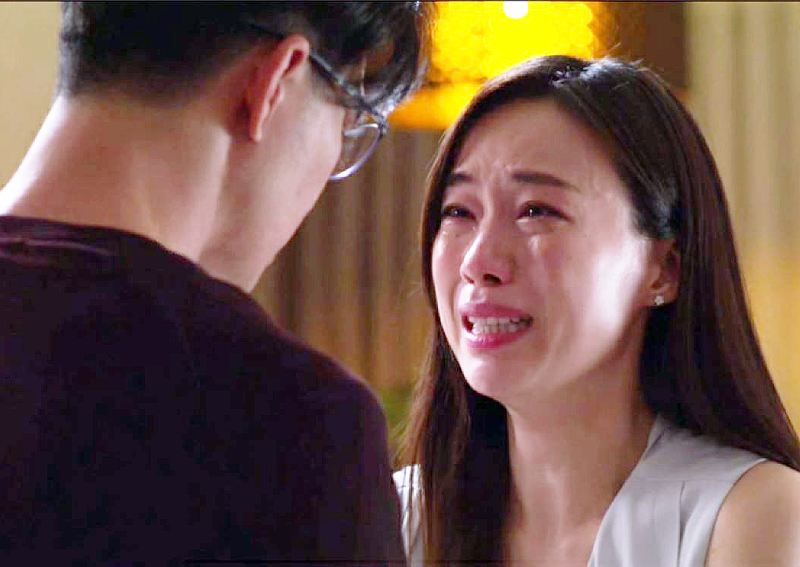 In A Jungle Survivor, Rebecca plays Ruoqi, an innocent housewife whose simple life is shattered when she realises her husband Yongxi (Pierre Png) is carrying on an affair with his subordinate Olivia (Felicia Chin).

In an attempt to salvage her marriage, Ruoqi returns to the corporate world and takes up a job in the same company as the adulterous couple, and encounters a myriad of office politics, schemes, and characters.

The 20-episode drama — which also stars Xiang Yun, Patricia Mok, Romeo Tan, Zhang Zetong, Guo Liang, and Chen Shucheng — will be available on demand for free on meWATCH from Nov 9, and also on Channel 8 every weekday from Nov 11 at 9pm.

ALSO READ: Patricia Mok returns to dramas after 7 years, says she was rusty during filming