Catching a local movie at the cinemas with family and friends during Chinese New Year (CNY) has become a ritual for many of us, and this year — after the Covid-19 pandemic disruptions — we'll have two homegrown films during the festive period.

In the heart-warming comedy, a soon-to-be-married couple Chaoyang (played by Lawrence) and Zihong (Chinese actress Cya Liu) are coerced by their advertising firm's client into livestreaming their CNY reunion dinner where their parents will meet for the first time.

As Chaoyang is embarrassed about his mama-san mother Yanling (Xiang Yun), he gets her boyfriend Wei (Mark) and two small-time actors (Mimi Choo and Das DD) to act as his family instead.

During a press conference held on Jan 18, director Ong Kuo Sin and the cast shared what they remembered the most from the hectic 23-day shoot done mostly at the Marina Bay Sands hotel.

Mark, 53, recalled a scene where Chaoyang barges into the toilet while Wei is having a soak in the bath tub.

"It was so difficult filming it. The crew didn't add hot water and that was when I fully understood Zhao Chuan's song I Am A Little Bird," he joked.

The crew added hot water subsequently and Mark said his skin was shrivelled by the time they finished filming the scene.

Joel, 27, plays hooligan Hailong while his father Houren portrays the older version of the role. Hailong is Yanling's first boyfriend after having Chaoyang and is abusive towards both mother and son.

While this might be Joel's first baddie role, he admitted he was so fierce during filming that the child actor (portraying Chaoyang) cried whenever he saw Joel.

"The director had to take my place when it was time to film the boy," Joel said. 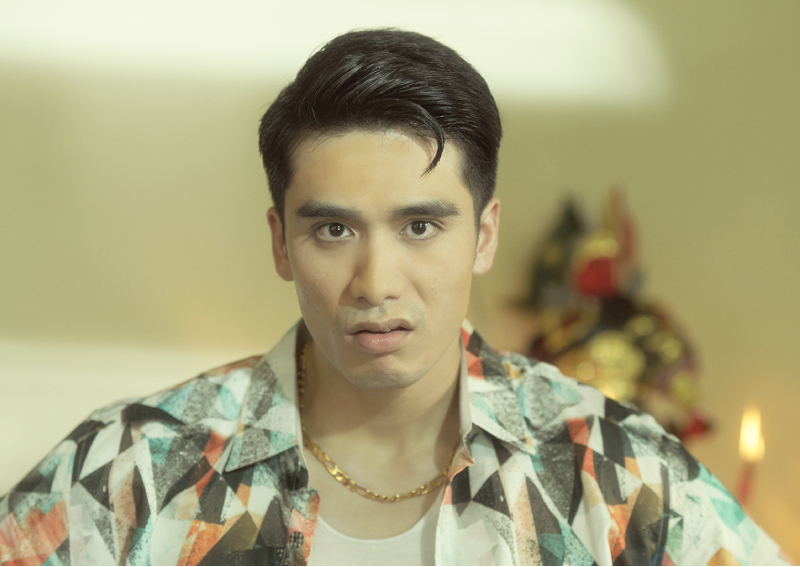 The highlight of the movie is the grand finale of the reunion dinner that also included a chaotic fight. The scene took up 12 pages in the script and the director admitted he nearly went crazy filming it.

Guo Liang recalled: "I fought so many times in the scene, not just when the camera was on me. When I was in the background, I still had to fight."

Even though multi-lingual comedian Das had a considerably cushy scene compared to the rest of his co-stars, he still had to film around 14 takes of his scene with Mimi.

Kuo Sin explained it was because he wanted Das to capture the right "tempo" with his two short lines of dialogue.

Said Das: "Mimi told me she sat on the floor [for the scene] for so long that her buttocks went numb. But she wasn't angry with me, she still chatted with me afterwards."

Reunion Dinner is now showing in theatres, and will be available on streaming platform iQiyi. 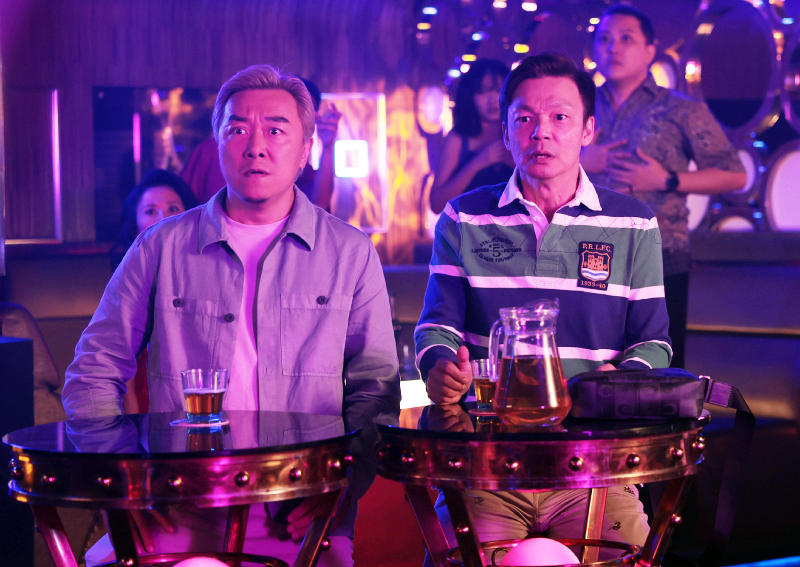