The recent 'whitewashing' of Wang Leehom's alleged misdeeds turned the tide against his ex-wife Li Jinglei, who received backlash and scathing comments online.

Even so, the 35-year-old kept her peace for three weeks, until last night (Jan 11) when she posted a seven-page update on her social media accounts levelling fresh allegations against Leehom and By2's Yumi.

Jinglei insinuated her estranged ex-husband was not genuinely sorry for his actions and his apology was only to soothe public sentiment.

The 45-year-old Mandopop singer recently completed his quarantine in Taipei and his manager told media outlets his priority was to visit his three children. In her post, Jinglei provided her account of what actually went down — in their messages prior to the visit and on the day itself.

She said the children were looking forward to meeting their father but Leehom had some requests that she couldn't accede to.

Firstly, she claimed Leehom wanted two male colleagues in the house during the visit.

"I expressed clearly that this arrangement is not in the children's best interests. We welcome you to come home alone. But please do not bring anyone along because the children are not familiar with any of your colleagues," Jinglei wrote.

She also told him that as a woman alone with three kids, she felt uneasy having male strangers in her home.

Despite this, Leehom brought the men with him during the visit.

"I asked you through the door to have the men wait downstairs. You refused and threatened me, saying you won't see the kids if I didn't agree to this."

She also added: "You wanted to open the door with your key and barge in, and you kept pushing the door. Luckily, we locked the door or else, we wouldn't know what could have happened.

"The children witnessed everything and were so scared they cried. My hands were shaking even until night-time."

'Switch off the CCTV'

Leehom also wanted the CCTV cameras to be switched off during the visit, according to Jinglei.

"I asked why you wanted the cameras to be switched off, because if you were worried about something, wouldn't you feel protected with the CCTV running? I thought it was strange and I became afraid," she wrote.

Although Leehom assured her that he had brought along only two other men, Jinglei was horrified to see a fourth man outside the door.

"After looking at the CCTV footage, I realised that apart from the two men with you, there was also another man hiding at the back, someone I had never met before. (Your colleague even indicated to him to stand further back!) This sent chills to my bones." 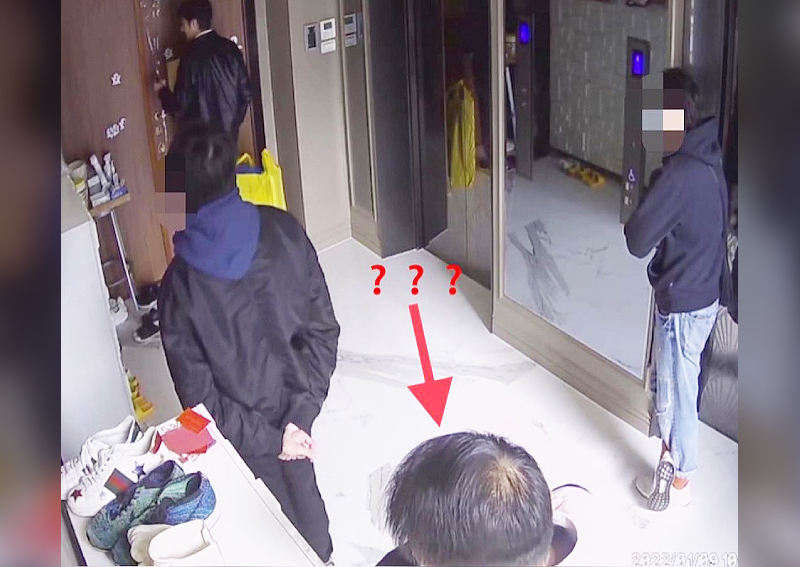 'If something happens to me, it wouldn't be suicide'

Earlier this month, an anonymous netizen claiming to be friends with Leehom's colleague made online claims defending the singer.

The netizen said Leehom didn't hold a livestream to defend himself against Jinglei's accusations because "he'd always felt that Jinglei has an extreme personality with psychological issues" and was afraid of what she might do to herself and their kids if he were to agitate her further.

On this, Jinglei asserted in her post that if something were to happen to her, it wouldn't be suicide.

"I am physically and mentally healthy, I have three young children to care for and I still have many plans on how I can contribute to society in the future. It is impossible that I harbour thoughts of self-harm," she said.

After Jinglei's post, Leehom's management agency released a statement at 2.25am today telling her to report the incident to the police if she has evidence, and to stop manipulating the media and wasting public resources.

They added the three men are the couple's personal assistant, Leehom's colleague of 11 years and his bodyguard. They also explained Leehom had brought the three men along under advice from his lawyer.

Jinglei later confirmed that she had indeed made a police report.

In her post yesterday, Jinglei also shot down By2's claims that she had backed down from her earlier challenge.

In December last year, a war of words erupted between her and Yumi of the Singaporean pop duo.

Yumi denied that she was a third party in Jinglei and Leehom's marriage and made a police report. Jinglei responded saying she has proof of the affair and asked for the contact details of the police investigation.

On Jan 10, By2's management agency made a post on Weibo and tagged Jinglei: "It has been 21 days since Miss Li openly asked for the contact details of the police, but she still hasn't gotten in touch with the authorities.

"Miss Li, even though you are not in China, please work with the police over this slander case. Justice may come late but it would never be absent!"

The post came with a screengrab of a private message supposedly sent to Jinglei on Dec 19, which contained the police's contact details.

Yesterday, Jinglei replied: "I thought it was buried under the 15,120,000 messages but I still couldn't find it (please watch the video). The truth is, I didn't receive your message after 21 days. I meant every word in my post and I will comply with the investigation to my best abilities and provide proof to the police."

The video attachment showed her looking for the message using the Weibo handle of By2's management agency as a search term but it turned up empty.

In two posts uploaded earlier today, By2 accused Jinglei of lying, perpetuating her slander and creating troubles while hiding behind her keyboard.