Ryoko Yonekura in a still from The Journalist, a compelling Japanese political drama on Netflix about a government scandal.
Netflix

An intrepid reporter clashes with the powers-that-be in The Journalist, Netflix’s ambitious new Japanese drama series.

Based on the 2019 film of the same name, which won the Japanese Academy Award for best film, this new six-part adaptation is also directed by Michihito Fujii, but features a brand new cast headlined by Ryoko Yonekura, Go Ayano, and Ryusei Yokohama.

Expanding on the film’s plot, which was itself inspired by Isoko Mochizuki’s novel, The Journalist incorporates a number of new elements, primarily involving the younger generations, their apathy towards current affairs and the obstacles faced when entering the job market.

Crusading journalists like Anna Matsuda (Yonekura) of Touto News are a rare breed in Japan, where the media is more likely to tow the party line and not risk losing access to important officials than test their relationship with combative reporting.

Matsuda’s bullish approach has earned her a reputation as a troublemaker that sees her regularly stonewalled during political press conferences. Despite these frustrations, Matsuda remains true to her promise to “give a voice to the voiceless”, regardless of the impact it has on her personally.

The series opens in 2019, with Matsuda being pulled off a long-dormant fraud case involving the misappropriation of government funds to investigate the sale of public land to the elite Eishin Academy, at well below its market rate. 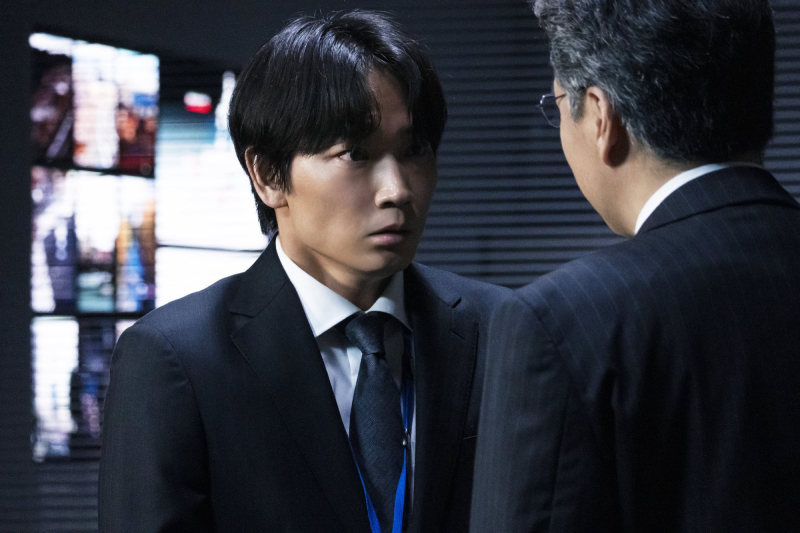 Initial information suggests that the prime minister and first lady oversaw the deal personally, but when the question is raised in the National Diet (the country’s parliament), the prime minister explicitly denies any involvement.

This declaration causes a ripple of panic through the upper echelons of government, as it was the first lady herself who insisted that the deal go through, and at such a low price.

It falls to Chubu Local Finance Bureau to ensure that the deal cannot be linked to the PM or his wife, and in a scene straight out of George Orwell’s 1984 , staffers are assembled in a dingy archive library in the dead of night to amend all necessary documentation regarding the sale. 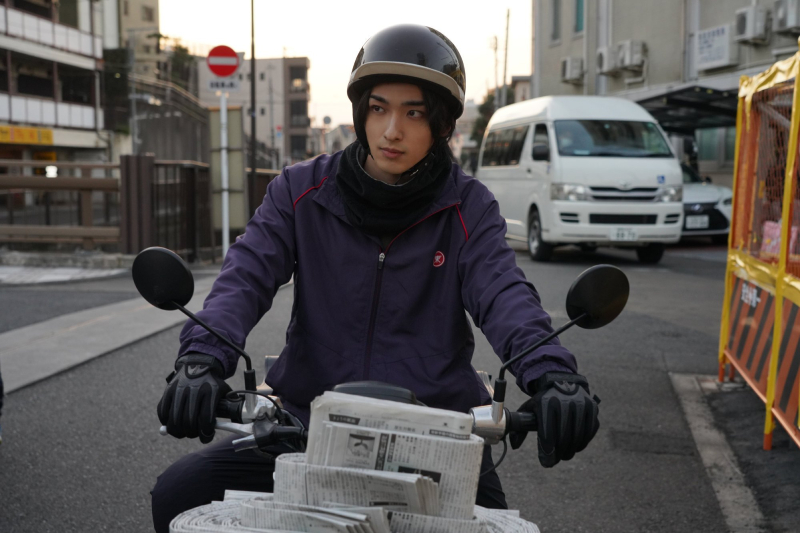 The Journalist works best when following television’s great procedurals, like HBO’s The Wire, to cover the unfolding narrative from as many perspectives as possible. As the scandal is teased into the light, the show details the response and repercussions from all sides.

Within the secretive hallways of the Diet, assistant to the first lady Shinichi Murakami (Go Ayano) was the man responsible for brokering the land deal, only to be blackballed once the news breaks.

Murakami is reassigned to the Central Intelligence and Research Office (CIRO), where the entire population is surveilled, and he is tasked with uncovering those responsible for leaking the story.

A possible whistle-blower emerges in the form of Suzuki (Kazuya Suzuki), one of the Finance Bureau officers tasked with amending the incriminating documents. A loyal and unassuming salaryman, Suzuki, much like Murakami, wrestles with the moral and ethical implications of his actions, and his change in demeanour is quickly noticed by doting wife, Mayumi (Shinobu Terajima).

He is outraged that his superiors would so willingly break the law and deceive the public simply to save their own necks. Suzuki has no choice but to proceed with the doctoring, but he keeps a detailed record of all the changes made.

Most interesting, perhaps, is how this new expanded version of the story incorporates university student Ryo (Ryusei Yokohama). When we first meet him, Ryo has no interest in the news or current affairs, despite working as a newspaper delivery boy to make extra cash.

His colleagues, including Mayu (Karin Ono), tease him for his complacency, while his classmates mock him for following online media sites rather than “real news” like that printed by Touto . An unexpected personal connection to the Eishin Academy case sparks his interest, however, and Matsuda’s reporting in particular. 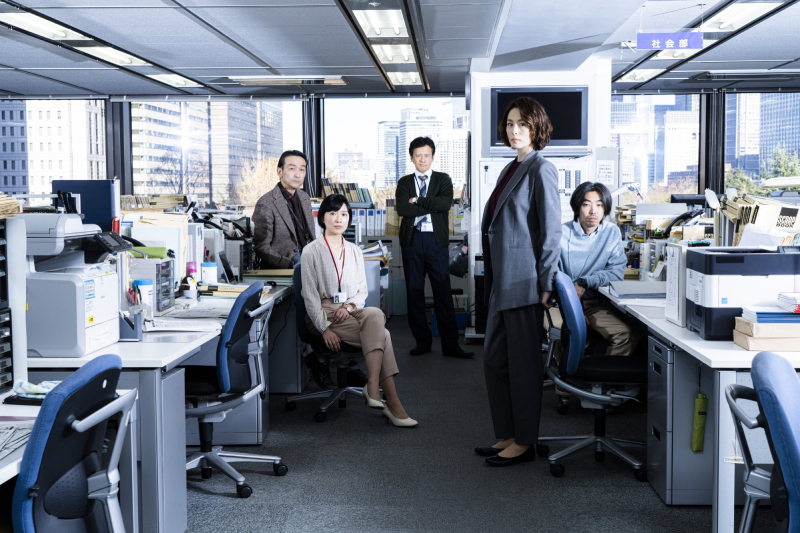 Over the course of the show’s six episodes we follow Ryo’s growing interest in politics and the world of journalism.

On Japanese network television, tackling political corruption head-on in this way would be impossible, so kudos to Netflix for producing The Journalist. However, the show’s ambitious overreach also proves its biggest failing.

By attempting to navigate such a complex political landscape from a myriad different angles in just six episodes, the show has a tendency to oversimplify.

Many of the characters remain little more than archetypes, with a single broadly-drawn world view that is either challenged in wholly predictable ways, or goes villainously unchecked. 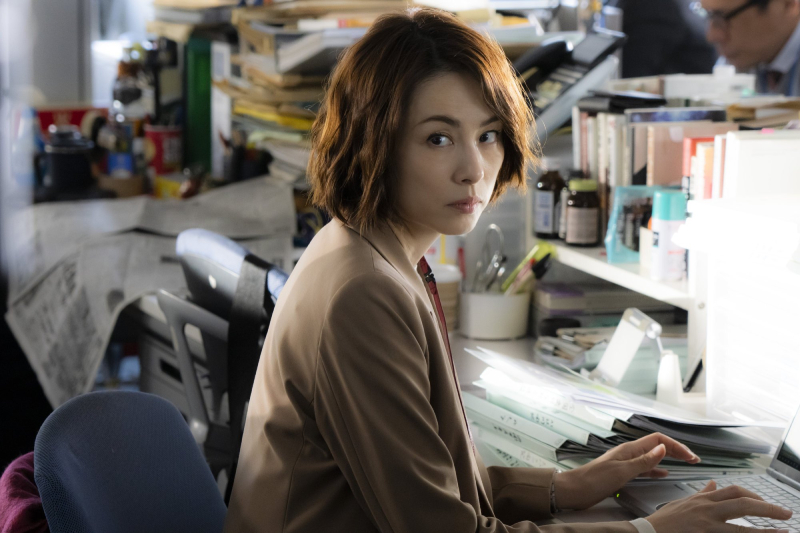 Unfortunately, the biggest victim of this overcrowded narrative is Matsuda herself, whom we learn precious little about as a human being over the course of the show, other than that she has a comatose brother (Masato Hagiwara), whose vegetative state provides motivation.

Yonekura is a compelling lead actress, and there is a fascinating portrait to be drawn of a woman who has sacrificed everything in her life in pursuit of truth and justice, but The Journalist offers little more than a catchy headline and a few sparse bullet points in place of truly compelling drama.

The Journalist is streaming on Netflix.