Hotter than a K-pop star, but how 'real' is Netflix Korea's dating show Single's Inferno? With participants who look like characters from K-dramas and storylines that wouldn’t be out of place in a film script, reality television dating shows have captured the imagination of South Korean audiences.

But while it is hard to doubt the popularity of such shows – the latest of which, Single’s Inferno, recently became the fifth-most-watched television show on Netflix – quite how much “reality” they contain is another matter.

With their tall, slim frames, chiselled jaws and perfect smiles, the contestants on Single’s Inferno stand out not only for a level of beauty that would make a K-pop star blush. Hailing from world-class universities, with socially coveted – and well-paid – careers as doctors and models, and having been pre-screened for their “interesting” personalities, they are seemingly ideal in pretty much every way.

And if the contestants are anything but “ordinary Joes”, the situation they find themselves in is even more far-fetched. Billed as the South Korean version of the racy US dating show Too Hot to Handle, Single’s Inferno features 12 people marooned on a desert island who get to leave the island and taste “heaven” only by going on a date with another contestant at a luxury hotel.

In a country struggling with historic lows in its marriage and birth rates, little about the show suggests “reality”, yet most observers say it is exactly this blurring of the “real” and the “celebrity” worlds – the claim that these people are, at least nominally, commoners like you and me – that has made it so popular. After its first two episodes premiered on December 18, Singles Inferno became the first non-drama television series from South Korea to enter Netflix’s Global Top 10 charts – and the most-watched show on Netflix Korea.

“The emergence of semi-celebrities, or average people who are like celebrities, is a big reason I watch these shows,” said Kim So-ri, 26, who works at a stock firm. “I didn’t know there were so many good-looking people with elite backgrounds.” 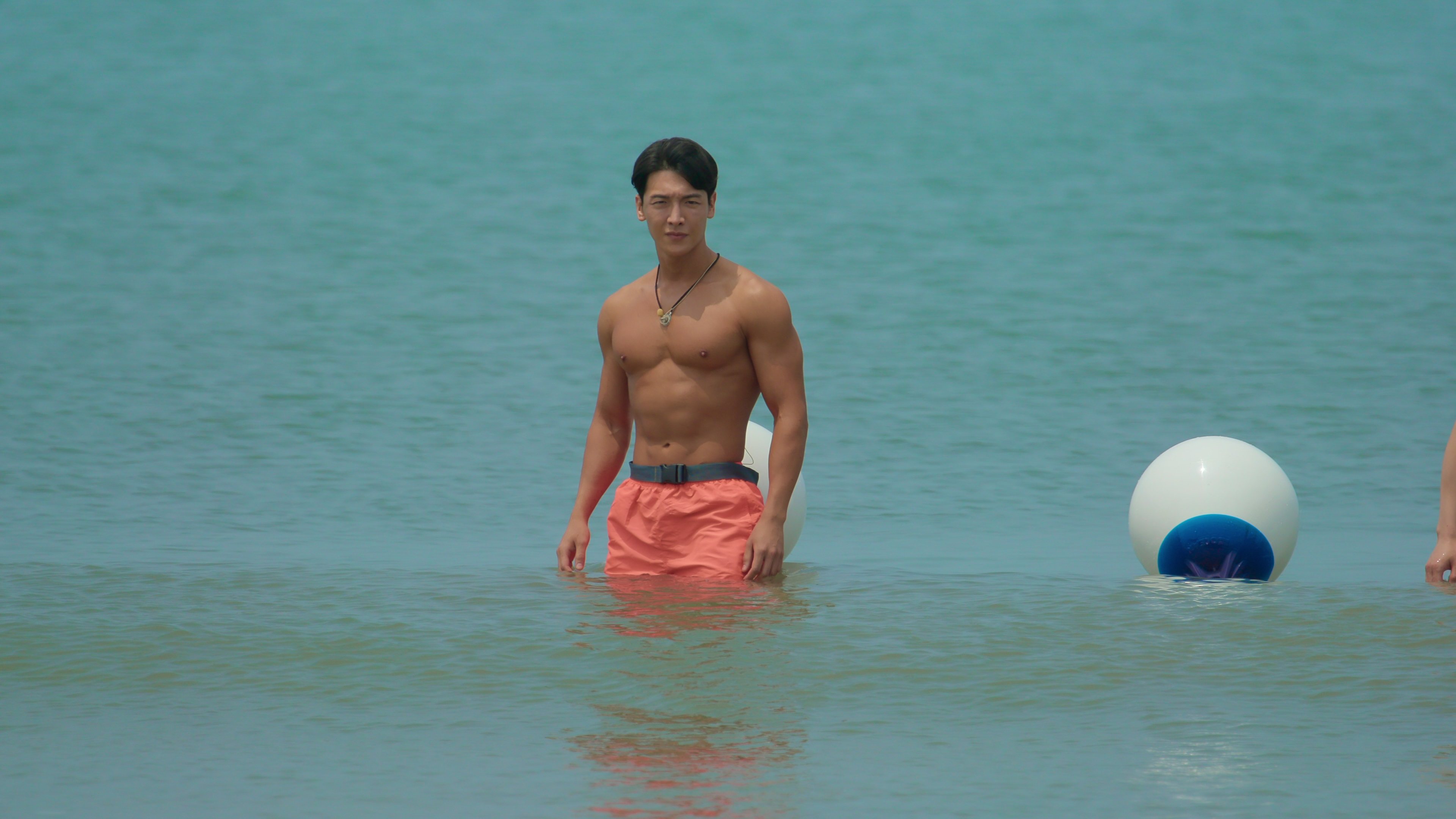 Singles Inferno is not the first South Korean dating show to have captured audiences’ attention.

However, the first to have really taken off in the country – Jjak – was a far more serious affair. Airing on prime time it featured 10 contestants living with each other for a week to find their “partner” – the Korean meaning to the show’s title.

Even the most sceptical viewer would have conceded that the romances formed on Jjak were – at least often – very real. In its three-year run, the show produced 16 married couples. Yet the real-life consequences of the show were also the cause of its demise as it was forced to stop airing in 2014 following the suicide of one of its female participants – an incident that for many critics raised a question mark over whether such shows should continue to air.

Still, four years later the reality dating genre was on the rebound with Heart Signal. This show also featured contestants living together in a single house, but by now, producers had cottoned on to the value of blurring the worlds of reality and celebrity. Heart Signal’s twist was to invite panels of celebrities to react to the goings-on inside the house.

The show became so talked about that the contestants themselves – usually people with “ordinary” jobs as office workers, chefs or artists – were able to enjoy second careers by using their new-found celebrity to appear on other television shows.

However, with this blurring of the line between reality and celebrity, audiences were already beginning to cotton on that romance was not the first concern of either the show’s producers or its participants.

For many viewers, it became increasingly hard to ignore the fact that – unlike with Jjak – few relationships forged on the show would survive into real life, no matter how besotted the couples seemed on screen.

Said Kim: “As there have been past cast members of other dating shows who have gone on to become popular influencers, I can’t help but think that the purpose of appearing on these shows is to become famous.”

Yet, rather than conclude from such sentiments that it was time to re-emphasise the “reality” side of dating shows, the producers of Single’s Inferno appear to have gone the other way, doing their utmost to find contestants who look almost too good to be real. At the centre of all this attention is Song Ji-ah, a beauty YouTuber who now has 2.6 million followers on Instagram.

As Yoo Ji-sang, a 28-year-old educator who stopped watching Heart Signal because it was “getting boring” put it: “I started to watch Single’s Inferno because the participants looked way more attractive this time around.”

While Single’s Inferno is following a Western blueprint in going all-out for good-looking contestants, other recent dating shows have tried to stand out from the crowd by experimenting with their formats and going online.

In EXchange , released over the summer by the online streaming service TVING, another take on the “singles living in a single house” format gives things a twist by inviting couples who have previously broken up to join the group. However, their past romance is kept a secret from other couples in the house.

The show was nominated as the Best Original Programme by a Streamer at the 2021 Asian Academy Creative Awards in Singapore and clips on its official YouTube channel had received more than 10 million views just a month into the show.

“Dating reality programmes have always had a niche in Korean entertainment,” said Jeon Hye-rin from the content business team at TVING. “While these shows were getting good ratings on linear channels, the jump to online streaming services has allowed them to have more freedom.”

Streaming meant that some episodes of EXchange could run to over two hours, rather than the more usual one-hour slot on most major broadcasting channels. Longer running times meant less needed to be edited out – adding a sense of greater realism. Also adding realism was the fact that tattoos and alcohol – which are usually covered up on mainstream television - could be shown.

Another show, Change Days, which aired on the streaming service Kakao TV, featured three troubled couples living under the same roof while they went on dates with each other’s partners. While the show received a lot of attention for its novel concept, critics denounced it as “publicised infidelity”.

As for whether dating shows were more “realistic” than drama series, Jeon insisted that dating shows, for the most part, were “real”.

“Because cast members need to face the situations in front of them in real time, they sometimes act boldly while they are more affectionate at other times,” she said.

“The characters of dating shows are people in real life, so viewers are much more easily persuaded and assimilated in their feelings.”

Even Single’s Inferno has its moments of keeping it real. Like other South Korean dating shows it does not focus on overt shows of physical attraction, such as kissing, but tends to zoom in on the small mannerisms displayed by the men towards the women. For example, fans spend hours discussing how “sweet” a man has been, while women are praised for their “cuteness” and “charm”.

Another convention of South Korean dating life is accurately reflected: most male cast members are between three and six years older than their female counterparts.

Even so, Yoo the educator said a familiar feeling of boredom was beginning to set in.

“I just don’t know if I’ll be able to finish this one as well,” he said of Single’s Inferno. “All that they say in the show just seems like casual flirting to me. It’s not really what happens when you go on a blind date in real life.”