This article discusses the season finale of Hawkeye. Be warned of spoilers ahead!

Hawkeye has been a wild ride so far, from the return of Yelena and Daredevil baddie Kingpin taking aim at our heroes from all angles — literally and figuratively.

The series introduced numerous characters into the Marvel Cinematic Universe (MCU), including Kate Bishop (Haylee Steinfeld) and Echo/Maya Lopez (Alaqua Cox), but the series has been quietly building up a character from under fans' noses, and all has been finally revealed in the season finale. 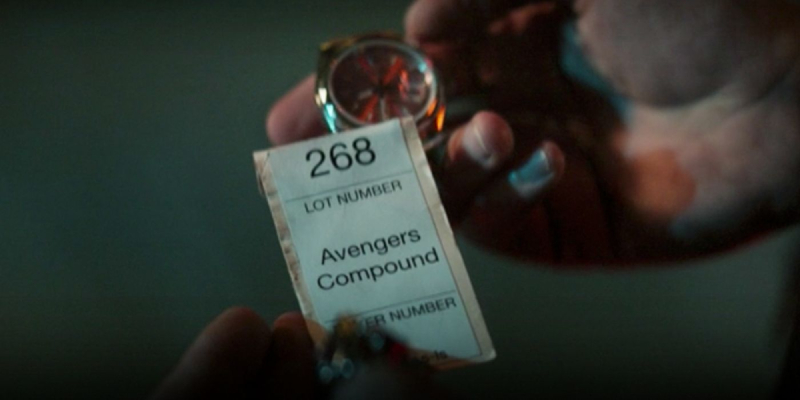 In Episode one, we see that the Tracksuit Mafia has been after a mysterious Rolex watch, which was too be one of the auctioned items from the Avengers compound.

Since then, fans have been wondering who the owner of the watch is, with many fans guessing it was Steve Rogers/Captain America's to Nick Fury. After all, the watch was from the Avengers compound, so it has to be one of the supers or folks who would frequent the vicinity.

It was only in Episode four where we saw it in Maya Lopez's apartment when we realised the watch was tied to Clint Barton. But the dialogue from that episode indicated that the watch belonged to someone with a secret past, and not Barton himself.

Speculation then went towards his wife, Laura (Linda Cardellini), who was always shown as a housewife and mother of three, but in Hawkeye acted and behaved liked someone who was a former operative. S.H.I.E.L.D perhaps?

Well, as it turns out, the watch does belongs to Laura Barton, Clint Barton/Hawkeye's wife. What seemed like a "oh okay" moment became an "Oh okay!" moment, when Laura flips the watch over to reveal the S.H.I.E.L.D. and Mockingbird symbol, with the number 19 engraved on it.

Clint then says, "I want you to take better care of your stuff." This means one thing and one thing only: Laura is Mockingbird.

Mockingbird is a female superhero from Marvel Comics, who is a trained agent of S.H.I.E.L.D and goes by 'Agent 19'.

In the comics, Mockingbird is a woman named Bobbi Morse and an ex-wife of Clint's. The Bobbi character previously appeared in ABC's Marvel's Agents of S.H.I.E.L.D, played by Adrianne Palicki.

However, when it comes to MCU canon, it seems like Mockingbird is a codename that was previously used by Laura, who is now happily married to the arrow-wielding Avenger.

The series has been subtly dropping hints that Laura is not just an ordinary wife and mother in the suburbs and that she knows a lot more than lead on.

Is Laura her real name? Was she previously Bobbi? What about the Bobbi from Agents of S.H.I.E.L.D? Who knows and why cares? Hawkeye has now firmly established that he's married to Mockingbird and all is as it should be.

What this means for the character and the Barton family remains to be seen. Would fans want to see the married duo in action together? Will we finally see Laura don a suit? Who knows, but if the fans want it, chances are they'll get it.