When some of us were kids, our parents might have told us not to wander off on our own lest the bogeyman kidnaps and sells us off as slaves.

Mediacorp remembers that warning well since it's the premise of its new Mandarin drama Home Again. Local actor Desmond Tan plays a man who was abducted as a child and trafficked to Thailand as child labour.

Over 20 years later, a DNA test reunited him with his family in Singapore but friction and suspicions arise.

When AsiaOne caught up with the 35-year-old recently, we asked him casually if he had gotten lost in a crowd and separated from his parents when he was young.

And whaddya know, he actually did and the experience even left him with a small phobia.

Desmond told us he was around eight years old and out with his family when he saw a Tamiya mini race event going on. Fascinated, he wandered off to watch the race, thinking his family were behind him.

"My family decided to play a prank on me and they walked away, so when I turned back, I couldn't find them. I don't know if that left a phobia in me because even until now, I could remember how scared I was," he said.

"I really thought my family left me there for good. I ran and looked for them in tears, but they were happily hiding behind a wall to see how I would react to being lost. I don't think this is the best idea for parents to do to their kids when they are young."

The experience left a scar on him.

While he's confident he won't ever lose his way anywhere because "the army trained us well", he worries about his companions.

"When I go on holidays with my friends and loved ones and when they [are away] for a long time, I start to have images in my head. Like, have they been kidnapped and taken away from me?" Desmond said.

"I won't say I have PTSD but it's more like a mild phobia of losing loved ones. Maybe it's a subset of separation anxiety."

Before filming began for his drama Home Again, Desmond went suntanning to appear darker as his character grew up working on a farm in Thailand.

He plonked himself on a bench next to a swimming pool to read his script and got so engrossed that he didn't realise he had spent five hours there. 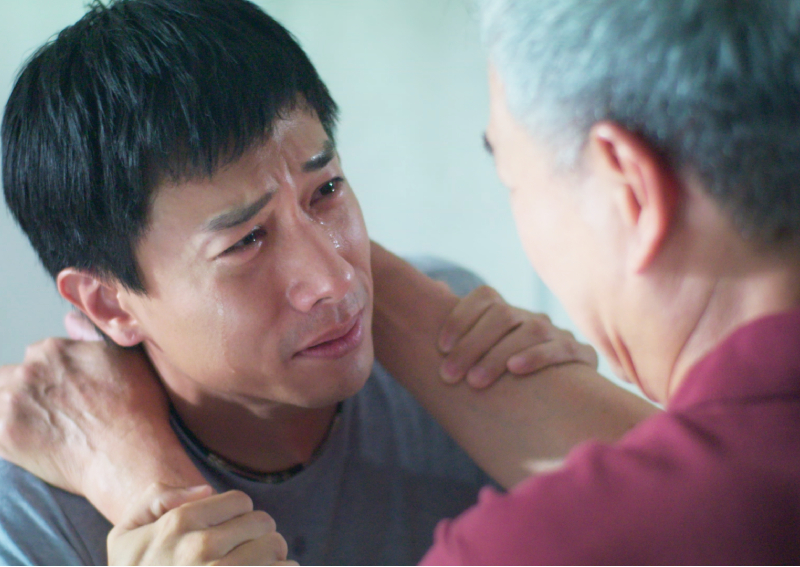 Worse, he had crossed his right foot over his left thigh, which meant he then had a "super prominent" iron-shaped fair patch of skin on his left leg.

"I didn't have to wear shorts during filming but whenever I showered or when I was home in a pair of shorts, I looked at my thigh and I didn't know what to do with it. Because there was no way I could tan just that part, right?" laughed Desmond.

It's been six months since and thankfully, the glaring tan line has mostly faded, he added.

Home Again also stars Pierre Png, Ya Hui, Edwin Goh, Zheng Wanling and Richard Low. You can catch the drama for free on demand on meWATCH and also on Channel 8 at 9pm.