'Don't judge a person from someone else's words': By2's Miko opens up for 1st time after twin sister Yumi's scandal Singaporean singer Miko of the pop duo By2 has defended her younger twin, two weeks after Yumi was dragged into Wang Leehom's divorce scandal.

The 29-year-old uploaded a post to her Weibo account soon after midnight on Jan 1 and while she didn't name Yumi, one can assume she was referring to her sister.

"It's a new year with new wishes but it's a pity the new year cannot remove the trauma that rumours cause to the heart. Someone near me is very concerned [about the rumours] and I hope [the person] can be discharged from the hospital soon and recover," Miko wrote.

She added that she has experienced a lot after 13 years in showbiz and she doesn't resign herself to adversity.

"I stand guard over my youth and dreams. I never forgot I entered the industry because I love music with a passion. And I never forgot that my family isn't with me as I forge my career overseas and I believe I could be strong even on my own.

"Don't judge a person from someone else's words. Don't comment if you don't know the full story... Do good, not evil, with people. There are cracks in everything and that's where light shines through." 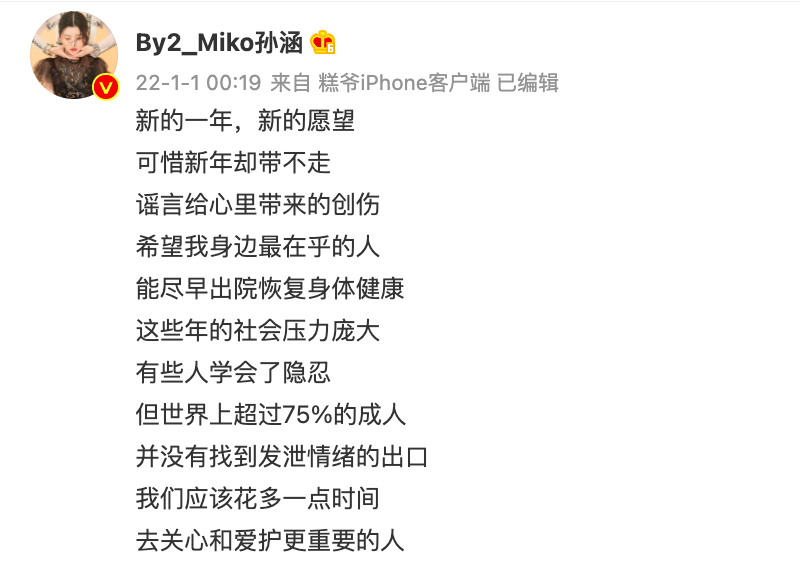 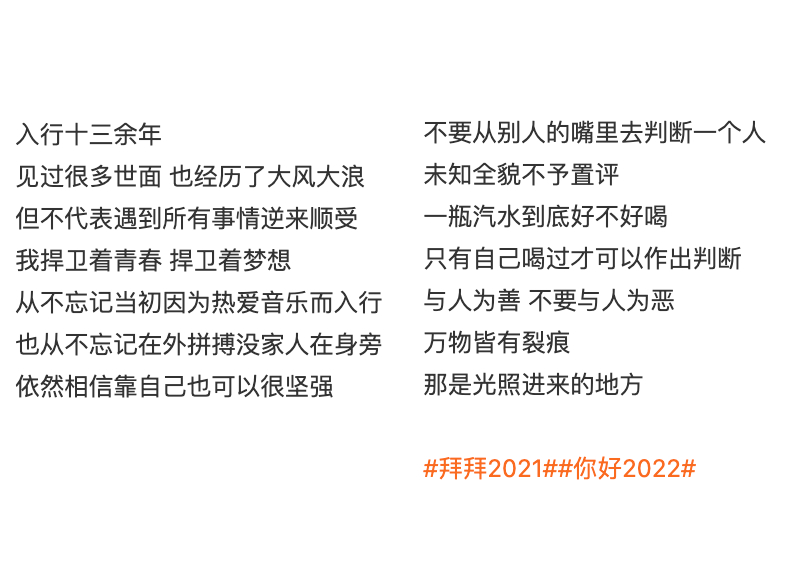 Last month, Yumi became embroiled in Leehom's divorce scandal when his estranged ex-wife Li Jinglei wrote an expose accusing the Mandopop singer of various misdeeds throughout their marriage, including multiple infidelities, soliciting prostitutes and being verbally abusive towards her.

A few days later on Dec 19, Yumi — who dated Leehom before he got married in 2013 — released a statement on Weibo denying she had come in between the couple's marriage.

Jinglei subsequently accused Yumi of keeping in contact with him in 2015 over WhatsApp using a nude display photo.

On Dec 22, Yumi reportedly tried to take her life and was sent to the hospital for emergency treatment. She has not updated her Weibo account since her statement.