The Book of Boba Fett quick take: You don't need action when you've got family Will the weekly format of The Book of Boba Fett (TBOBF) be a thorn in its side? Admittedly, that was the first question that popped into my head the moments the credits rolled at the end of the first episode.

No doubt, this is the textbook definition of a slow start. They’ve checked off the boxes in their playbook, no doubt – a long-awaited reveal, a boss battle with strong Ray Harryhausen vibes, and a hint of the things to come by the end.

Alas, in terms of sheer emotional or visual impact, those moments pale in comparison to what we witnessed in the opening episodes of The Mandalorian.

This is something you discuss over a DM while you pour through pages of text to validate or refute findings and theories. Perhaps Disney would have been better off releasing all the episodes in one go?

It’s a shame because TBOBF does a lot more work in world-building. Din Djarin’s Mandalorian journey was an adventure-filled one, harkening back to the days of old where every episode is effectively a stand-alone adventure.

Whereas TBOBF is set up to do only one thing – fill in the blanks of Fett’s story post-Sarlacc. And that means connecting all the dots to explain his character and motivations of the on-screen Fett as first teased by Robert Rodriguez back in Episode 14 of The Mandalorian.

However, TBOBF only has seven episodes to get us from the Sarlacc Pits to Tython where he retrieves his armour and then to the present for the rather unpleasant business of taking care of the dissenting rabble.

Fett has a reputation as the deadliest bounty hunter in the galaxy, built on mere minutes of screentime but hyped to legendary status.

So you see, it’s rather important for the current on-screen interpretation of Fett to be perfectly believable.

So far, what we’re shown is an honourable, principled man who is kind almost to a fault, and who almost has to rely on Fennac Shand (Ming Na-Wen) to be the voice of pragmatism. She makes a fine bad cop, though. 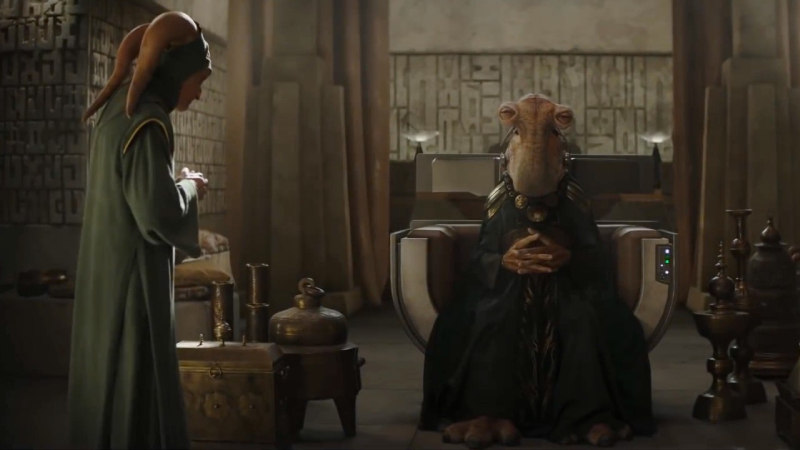 Shand and Fett’s relationship is probably one of the blanks that will be filled as well, and people are probably dying to understand the core of Shand’s unwavering loyalty.

Will there be a plot twist, I wonder? It’s also rather apt that Fett is warned by the corrupt mayor of Mos Espa that he has no idea about how to run a family during their confrontation – Fett’s time with the Tusken Raiders only served to give him a sense of belonging and a yearning for a ‘family’ of his own, which is why his turn as a crime lord turn makes sense in terms of character development.

I think it’s safe to say that Fett has grown as a person since his near-death experience, as he rises from prisoner to become an important member of the tribe. It partially explains why he declared to Shand that while Jabba ruled with fear, he intends to rule with respect.

In that sense, I wouldn’t be surprised if the Raiders will return in the finale to turn the tide or something. 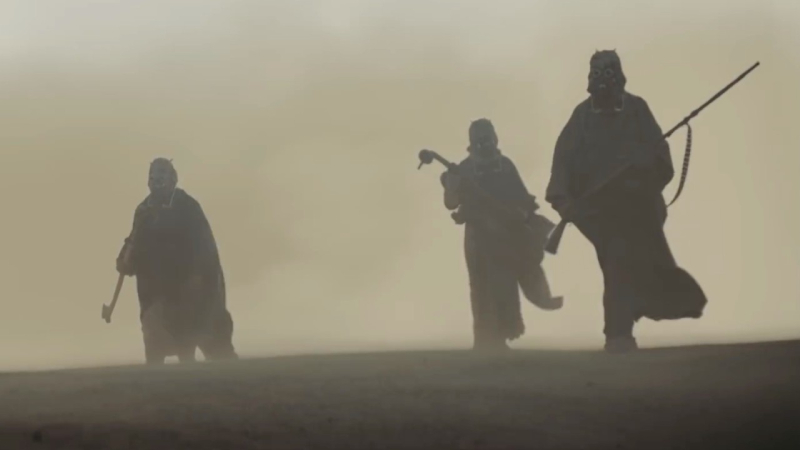 Two episodes in, and the TBOBF already has done a good job of fleshing out a rich culture for the Tusken Raiders.

Although this doesn’t quite help the slow pace of the show, this is, in my view, one of the highlights of TBOBF, especially if you are emotionally invested in the Star Wars universe.

We also learn how Fett came to Fett came to possess a Gaderffii, once a subject of much speculation when first revealed in The Mandalorian.

While episode TWO is considerably more action-packed than the opener, I think it’s unlikely that every episode moving forward will be this exciting. I hope to be wrong, though. The series won’t be as attractive to mainstream viewers as The Mandalorian was, but it’s a must-watch for lore nerds.

I can’t help but feel that the driving force of the series is the respect for the Fett character. It’s a series that’s dripping with reverence for the lore brought to life on-screen.

Fett might not look like the ruthless bounty hunter people are expecting him to be, but I also believe that showrunners Jon Favreau and Dave Filoni have earned enough goodwill from the fans to follow their instincts. Is this a must-watch? If you’re a fan; absolutely.

READ MORE: The Book of Boba Fett episode 2 has cameos you probably aren't aware of