Andrew Garfield spills the beans on his Spider-Man return, open to suiting up again It was Hollywood's worst-kept secret in 2021, but the cat, or should we say, spider, is finally out of the bag.

After spending the past year denying his involvement with Spider-Man: No Way Home, Andrew Garfield has opened up about his return to the world of arachnids, as well as his potential future as the beloved webslinger.

In an interview with Variety, The Amazing Spider-Man star touched on the driving force that brought him back to the franchise, his improvised line in the film, and if he'd ever don the costume again (the answer is yes, if it fits the circumstances).

Discussing the multiverse twist in No Way Home that welcomed Tobey Maguire and Garfield himself into Tom Holland's Marvel Cinematic Universe (MCU) timeline, the man described the pitch to be "really, really enticing".

"They [producers Amy Pascal, Kevin Feige, and director Jon Watts] said, You played this character in your way and what would you want to explore if you had an opportunity? If you were dumped into this other universe and faced with this younger you and this older you, how will you respond?'"

When the conversation gravitated to the wholesome, fraternal dynamic between the three Peter Parkers (Holland as the youngest, Garfield the middle child, and Maguire as the older brother), Garfield went on to explain how their camaraderie and presence were important in providing Holland's Spidey with emotional support.

"That character is isolated in his emotional experience and physical experience. But what happens when that aloneness gets blasted open, and you come to realise that you've never been alone and there are other brothers going through the exact same thing? That's a big spiritual journey to go on, man. And then we just milked out all the fun that we could possibly have." 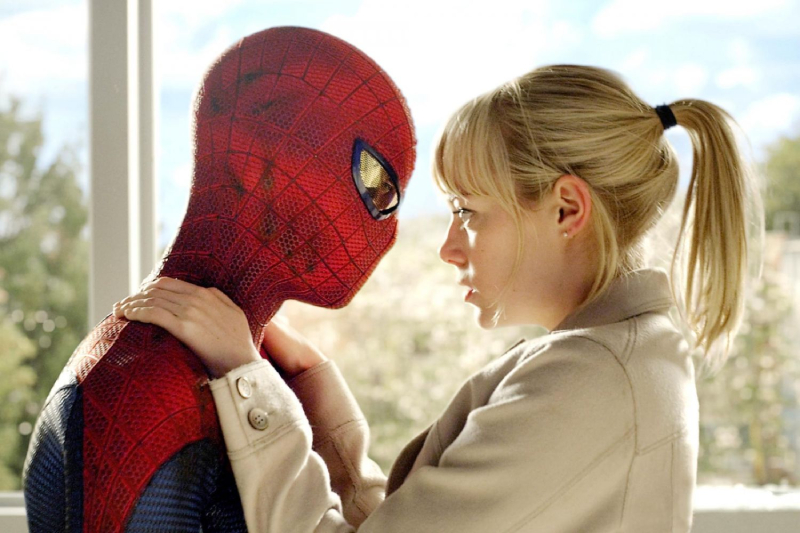 In fact, Garfield even introduced his own sentimental touch to the movie: the scene where he told the suited-up Holland and Maguire that he loved them was actually improvised.

The moment that convinced him to don the spandex yet again was also steeped in emotion, as he admitted, "I will say the image of my catching MJ was really beautiful and it kind of sold me on the whole thing."

In a way, No Way Home served as closure and redemption for Garfield's Spider-Man, which was the only entry to be denied a full trilogy. While the first movie received positive reviews, the second fell short of expectations.

Off-screen, the actor, along with director Marc Webb, then butted head with Sony Pictures, resulting in the cancellation of all future Garfield-led installments. The mantle was passed over to Holland in 2016, where he made his Spidey debut in Captain America: Civil War.

"I am so grateful. I'm just really, really grateful that I got to tie up some loose ends for the Peter that I was playing," he expressed.

"I love that character and I'm grateful that I got to work with these incredible actors, this incredible director, and Marvel in conjunction with Sony. It was joyful, and a feeling of closure for me. There was so many unanswered questions for my Peter, where we left it. I got to step back in and get some healing for him. And also really supporting [Holland's] Peter, and honoring his character completing that trilogy, not distracting or detracting from it."

There are currently no official plans to bring Garfield back, although some have speculated that he'll be making a cameo in Sony's Morbius that has now been delayed to April 1, 2022.

It'd be pretty cool if that was the case, but even if he doesn't appear, at least he can finally say that he got the perfect send-off in No Way Home, which by the way, made US$587 million (S$794 million) in the global box office on opening weekend.