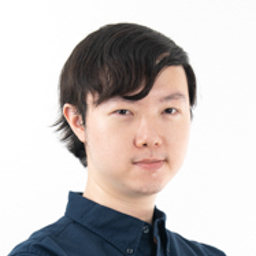 While the cast has been announced, and includes ex-Night Owl Cinematics influencer Samantha Tan and Miss Vasantham finalist Eswari Gunasagar, we don't know much about their roles.

But, the trailer tells us a little more about it.

For instance, local singer-host Ke Le (Princess See) portrays a somewhat oblivious troublemaker who unsuccessfully tries to reason her way out of National Service, then spends time beautifying her bunk. She even has a possible love interest in her Platoon Sergeant (portrayed by Glenn Yong) who is giving us Descendants of the Sun's Song Joong-ki feels.

From the trailer, it seems like Ke Le's Princess See isn't the only one having trouble adapting to army life. The other girls are also facing challenges, like hanging their dirty laundry on railings like a "HDB flat" and having long, stylised nails which are unsuited for the army.

"I don't mind protecting my country," one of the recruits also added when told to put on camouflage cream. "But will the country protect my face?"

The trailer hints at a typical heartwarming, family-friendly Jack Neo comedy flick and even teases some exciting references and cameos that keen-eyed viewers may have noticed.

Aside from the reference to popular South Korean drama series Descendants of the Sun, Ah Boys to Men actors such as Charlie Goh, Maxi Lim and Fish Chaar also made surprise appearances.

Although it remains to be seen what other silly situations these recruits will find themselves in, the Ah Girls Go Army trailer has given us a nice sneak peek into what we can expect to see in cinemas on Feb 1 this year.

READ ALSO: Jack Neo: Our prop guns in Ah Girls Go Army are heavier than the real ones