After Life season 3: A satisfying payoff to end a heartwarming series Ricky Gervais is kind of like the Zlatan Ibrahimovic of comedy. The self-aware Swedish football legend is all-too-willing to play off his public persona, such that it’s hard to tell at times if he is playing it straight.

The same could be said for Gervais, who could speak ironically and unironically about himself in the same sentence. For someone who made his reputation with the likes of the seminal The Office, the funny-yet-cruel An Idiot Abroad, and no to mention the countless highlight reels of him mercilessly tearing into celebrities at The Golden Globes, it can be hard to tell when the irony stops.

Perhaps shifting from An Idiot Abroad to Derek might come across as a bit of a meta-comedy given the history of Gervais' brand of humour, which might lead people to consider the offensive context more often than not.

While you could argue that Gervais was finding his feet with Derek, there is no question what his intentions are when it comes to the dark comedy, After Life. The series deals with a very down-to-earth matter that most of us have and will deal with at some point in time – a crippling loss of a beloved one; and for some, being haunted with thoughts about ending it all. Hang in there. 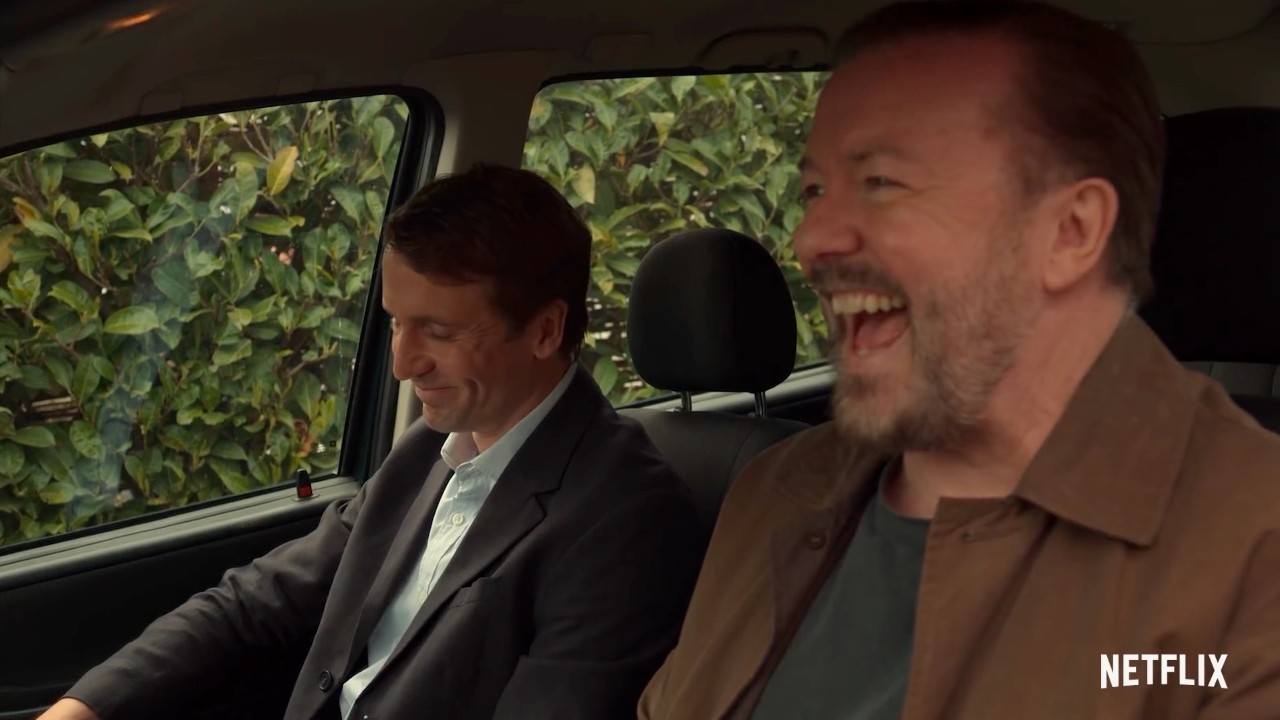 Despite the sombre backdrop, After Life is marked with the same crass, d*ckhead humour (and I mean that in a good way) that Gervais is infamous for, and it’s all the better for it (most of the time, at least). It’s almost uplifting, bringing levity to otherwise funereal situations. It’s perfectly dark.

While After Life has performed well in the UK, it’s not the kind of series that will get the attention it deserves. Admittedly, this is not for everyone but there’s a certain naivete and heart that is a rarity these days. If you haven’t caught the series yet, then perhaps now is a good time. With the release of the third and final season, you can easily binge through 18 episodes for a short and bittersweet escape that guarantees tears, joy and a satisfying conclusion.

For those who have been following, Season Three is in an odd place as it feels like we’re only starting to get to know the peripheral characters and at the same time, we’re drifting steadily towards the conclusion of the series. That said, I appreciate why Gervais chose to end After Life before it overstayed its welcome.

There’s a good reason for that. In terms of the narrative, we’re approaching tedium by this point in Season Three. Much like how Johnson refuses to move on with his life, After Life can’t really move forward for the same reason – we’re retreading the same topics and hangups over and over again. I’m pretty sure you remember the last time you gave trying to help someone.

Then again, that’s how debilitating grief can be; ignoring any semblance of common sense, not wanting to move out of the hole you’ve dug yourself into so you can stay miserable. In this respect, After Life relies on the goodwill of its viewers, inviting us to feel empathy for its cast of flawed but redeemable characters (they’re not, but you feel like you want to root for them).

I see it, I feel it, and I believe it. I honestly see no merit in being critical about the show plodding along seemingly aimlessly, though I must point out that arguably the writing here is the weakest of the three seasons. But midway through the season, I stopped caring; it’s merely the most important of the least important things. Bottom line: the pain feels believable and that’s all you need to go with.

Now that I’m done with my own plodding – After Life does an excellent job in portraying life as inherently cruel and yet it successfully underscores the message that we should not be too hasty to lose hope. It will appear in the most unlikely places; from the unlikeliest of people. Be it their acts of kindness or one of your own volition for them, they will help you give your life meaning. 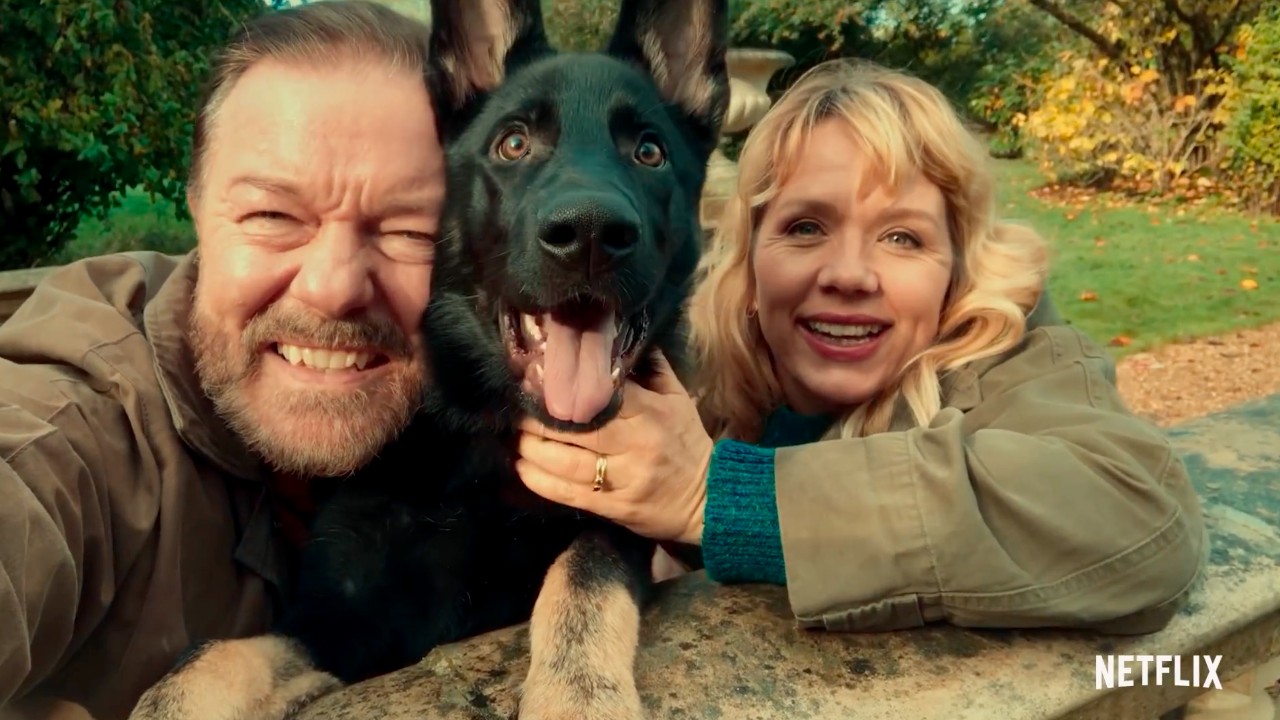 The final episode pays off beautifully as Johnson gets to complete his hero’s journey in an absolutely heartbreaking and tender moment: Johnson gets a second chance to say the words that he failed to do the first time around. It’s a defining moment that finally gives him a sense of purpose.

The ending is left somewhat ambiguous and somewhat ominous. The show’s final moments, which has been until then a crescendo of positivity, reveal an unusual reaction from his good friend Lenny (Tony Way). Lenney was one of few people who always understood how Johnson was feeling, and his expression seems to suggest that there was something disturbingly off with Johnson.

I guess the genius of the scene is that even if the worst happened, there is a somewhat poetic release about it, taboo subject notwithstanding. Happy endings aren’t always how we expect them to be, which is a point that the show makes on many an occasion. It’s the journey; not the destination. This cliche is on the house.

After Life is perfect viewing when you feel like a dose of I-need-to-let-go-and-move-on. It’s a bitter pill you have to swallow, but the nurse at hand always seems to have the perfect joke in waiting. The thing with grief is that the pain never really goes away; we’re all just looking for a better way to cope. In a world that feels lacking in compassion by the day, all we need is a simple act of kindness to make someone’s life appreciably better. And After Life assures you that’s all that you need, even if it’s just to make you believe in hope.