Multi-device support is now available for WhatsApp for all iOS and Android users. This feature allows WhatsApp to be used on up to four linked devices without requiring a smartphone with WhatsApp being connected.

To join the multi-device beta to try this feature out now, there are a few steps:

Users will be able to send and receive messages using WhatsApp desktop and web-based service from linked devices even if their phone isn't connected to the internet.

However, they won't be able to delete messages and conversation threads on linked devices.

Do note that it is also not possible to message or call users with an outdated version of WhatsApp on their phone via web and desktop, and there can only be one phone connected to a WhatsApp account at a time. 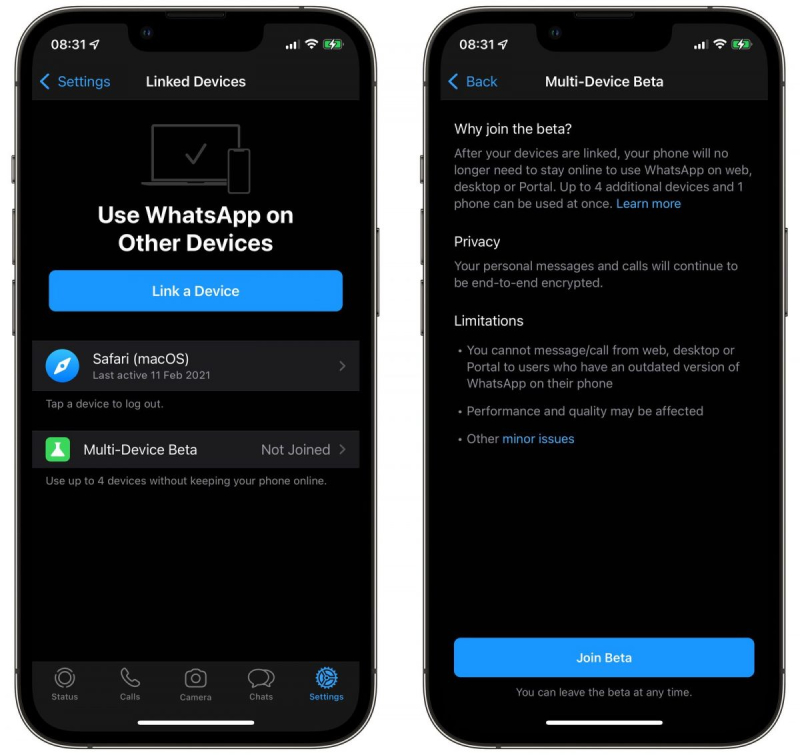 Linked devices will also be disconnected if the user's phone isn't used for 14 days. Due to the feature being in beta, WhatsApp notes that the performance and quality of the feature may be affected, though users can opt out of the beta any time.

Currently, the iPad version of the app is being developed, and it seems like it's only a matter of time before multi-device support becomes commonplace for WhatsApp users.