Shortly before the circuit breaker kicked off in April, a man came across the grisly remains of a sea turtle on a beach at Pasir Ris Park.

It was only on Thursday (Oct 8) that he decided to share the photos he took on Facebook. In the Nature Society (Singapore) Facebook group, a man who goes by Mikewong Yewmee recounted the time when he was alerted to the deceased marine turtle on March 29.

“That Sunday a young lady approached me and asked if I wanted to see a dead turtle,” he wrote.

Upon reaching the site itself, he found out that the animal clearly did not die of natural causes. The graphic photos he took showed that the large sea turtle had half of its head sliced off while its guts spilt out through a laceration on its carapace. 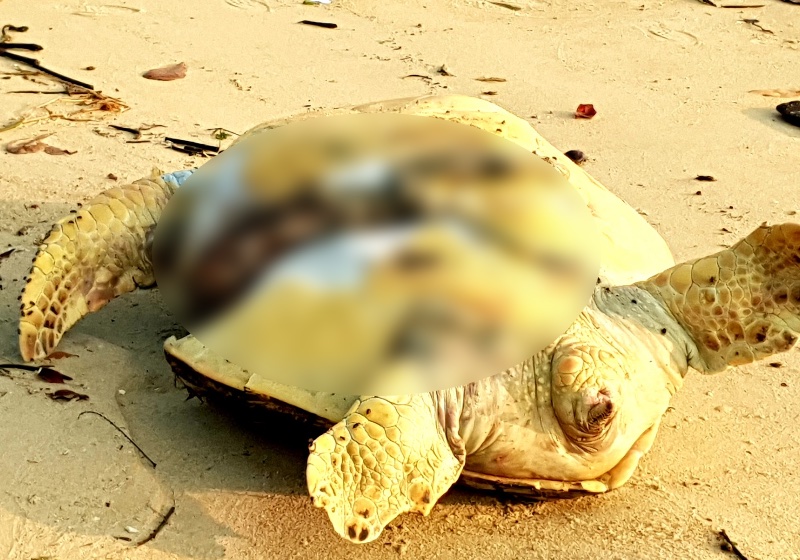 Estimating it to be 1.2 metres long, the man presumed that the turtle had died after getting sliced up by a motorboat propellor. Netizens argued that the damage is too massive for a boat’s propellor to inflict, and suggested that it could have been due to a much bigger vessel instead. 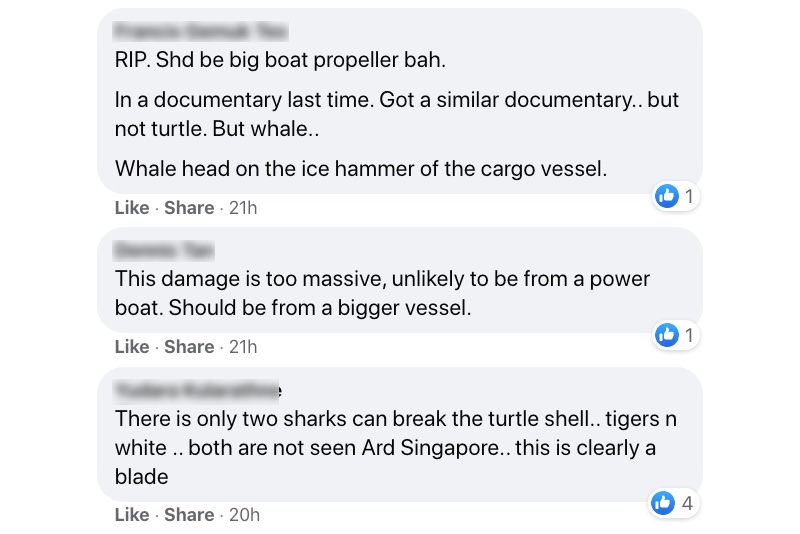 According to an advisory by National Parks Board (NParks), however, Hawksbill Turtles are often sighted along the Singapore Strait, meaning they’re more likely to be spotted at East Coast Park instead of Paris Ris Park.

In fact, there has been an increased number of local turtle sightings and nests over the last few years, says NParks, and critically endangered Hawksbill Turtles have come ashore at East Coast Park earlier this year to lay eggs.

As for the mutilated sea turtle at Pasir Ris, Mikewong noted that NParks were alerted to the incident back then. The board directed AsiaOne to its advisory for members of the public who may encounter live sea turtles on beaches, which include calling the NParks hotline and keeping a distance away from the animal and its eggs.