Given that WhatsApp’s reputation has taken quite a beating in the past few months, it would seem that the best way to get any positive news out would be through a WhatsApp enthusiast, WABetaInfo.

This totally looks like a dubious fake chat but WABetaInfo has been around for quite some time now.

In a WhatsApp interview with WhatsApp CEO Will Cathcart, the whole exchange reads like a blow by blow account which is entirely orchestrated. But it seems legit enough.

Halfway through, Mark Zuckerberg even enters the chat and cracks a joke. Zuckerberg remarks that it’s a bit odd talking to a logo and lays out some self-deprecating humour. 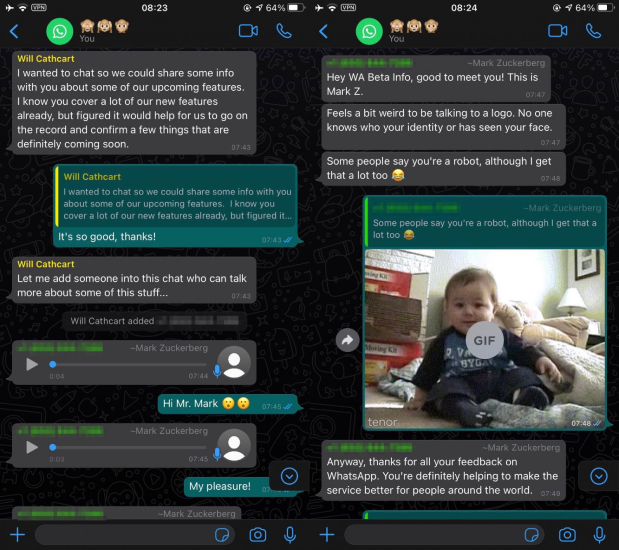 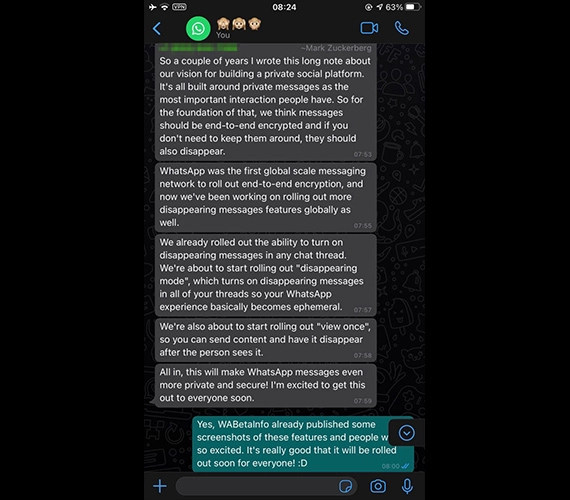 The whole exchange is actually rather fascinating given the form but it confirms a few new features which are available soon:

There’s quite a good deal of information to be gleamed so do head on over to WABetaInfo and check it out.

Interestingly, the dude uses Telegram to get the word out as well. Guess he’s like every one of us out there juggling multiple chat apps at once.