JJ Lin flexes that he's the first in Asia to lay hands on a PS5, much to the envy of everyone else Being an award-winning Mandopop superstar certainly has its perks.

Singaporean singer-songwriter JJ Lin flexed on everyone else when he put up pictures of himself with a brand new PlayStation 5, weeks before the next-gen video game console is due to be officially released.

“Psyched to be the first in Asia to lay hands on the PlayStation 5,” he wrote in a Facebook post on Wednesday (Oct 28).

Aside from that unverified claim, the post featured the 39-year-old musician in various poses with Sony’s new gigantic gaming console, though we don’t really get to see what he’s playing on it.

It’s likely that he’s facing the same embargo guidelines as us media folks who managed to get a hands-on demo with the PS5 earlier this week. So no photos of the back of the console, no gameplay showcase and no pictures of the user interface.

However, unlike the rest of us, it seems that JJ gets to keep the PS5 console at home before it is available in stores, much to the envy of everyone else, especially those who weren’t even able to pre-order it due to limited stocks. 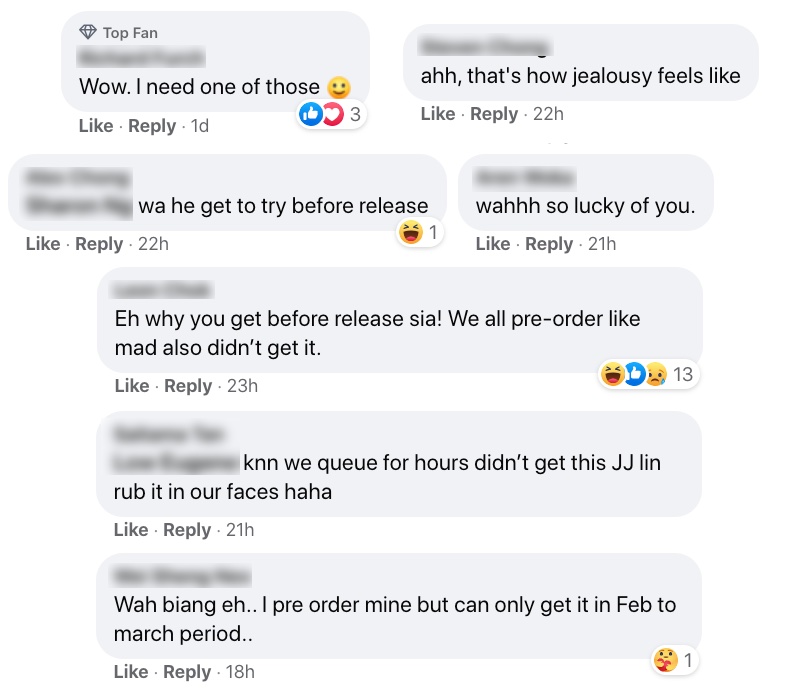 JJ certainly is no stranger to getting his hands on the latest tech gizmos before everyone else — the Singaporean was seen toting around an iPhone X weeks before the device was launched in stores back in 2017.

As for us Singaporeans who are far from being global pop stars, we’ll only get to purchase the PS5 when it launches here on Nov 19. Meanwhile, stay tuned for our first hands-on impressions of the PS5 when the embargo lifts tomorrow.