And recently, we were invited to Samsung's office to have a hands-on experience with the new entertainment device. 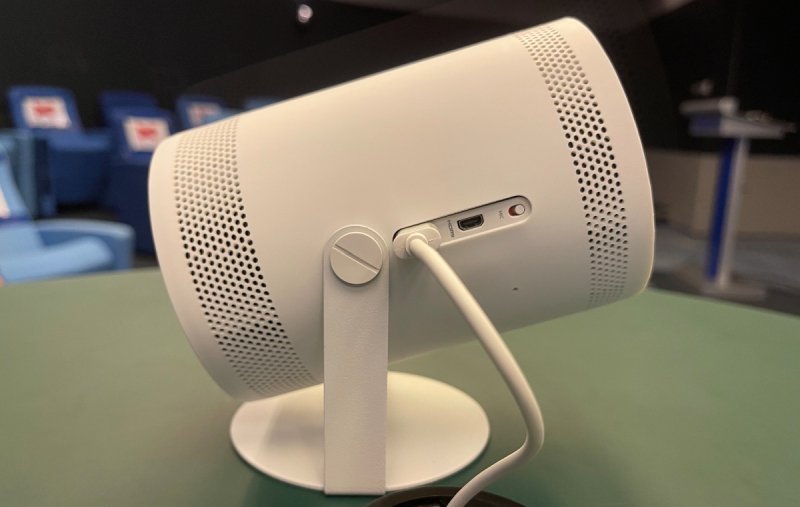 Weighing 830g, the Freestyle is set in a cradle that allows it to rotate around 180 degrees so users can watch content just about anywhere, from tables, floors, walls or even ceilings.

It can project an image that ranges from 30 to 100 inches in size at Full-HD resolution. 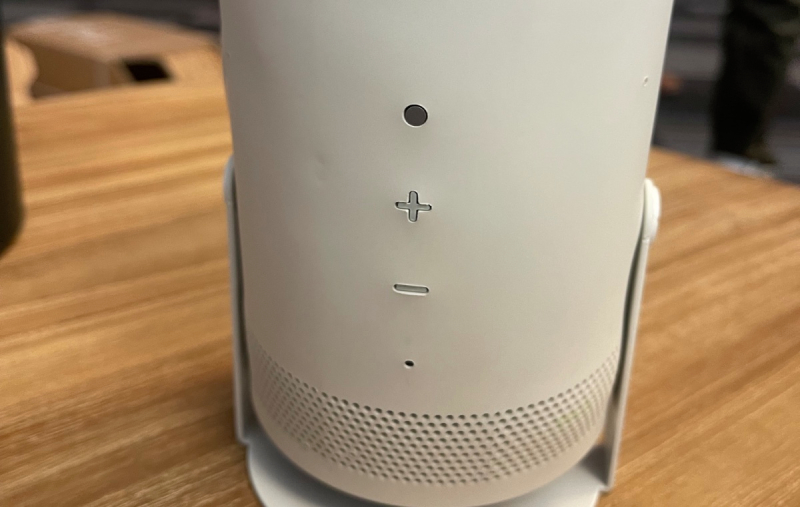 It also has a 5W built-in speaker that Samsung says comes with dual passive radiators enabling a clean and deep bass and delivering 360-degree sound. 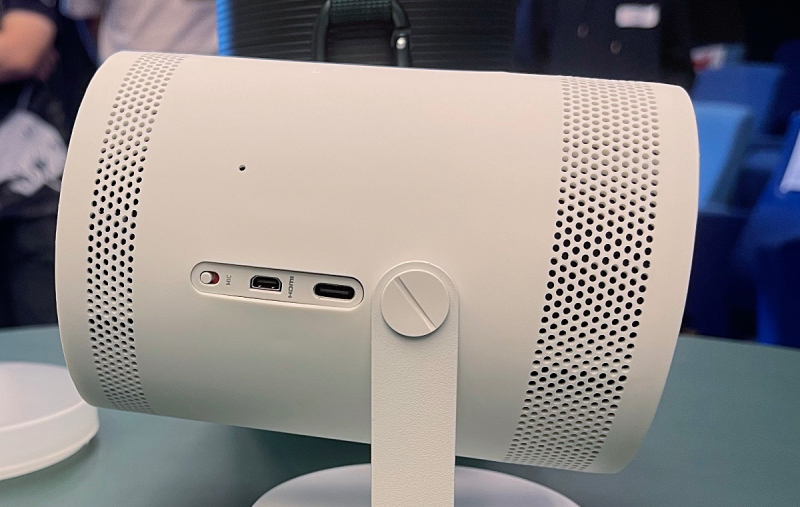 In terms of inputs, there's a Micro HDMI port. However, users can also stream content wirelessly over Samsung's Tap View or Apple's AirPlay 2. It also has support for major streaming services like Netflix, Disney+, and YouTube. 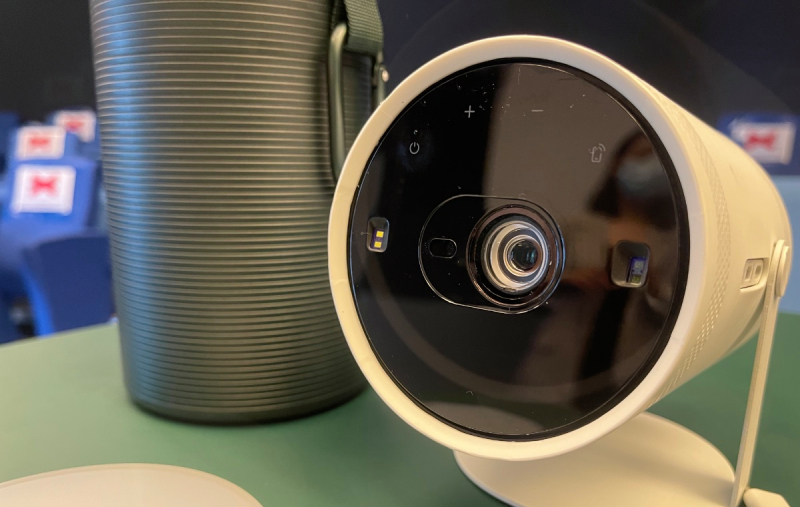 The Freestyle comes with full auto keystone and auto-levelling features, and from what we saw, it does all the adjusting and focusing very quickly.

This allows the Freestyle to automatically adjust its screen to fit virtually any surface or angle it's put on, helping provide a proportional image, even on uneven ground.

Handily, it doesn't even need the screen to be white as The Freestyle optimises projection based on the wall colour.

Another nifty feature is the ability to project images off centre. In the bedroom, this means you can place the Freestyle on your nightstand and still project an image that's in the middle of your bed. 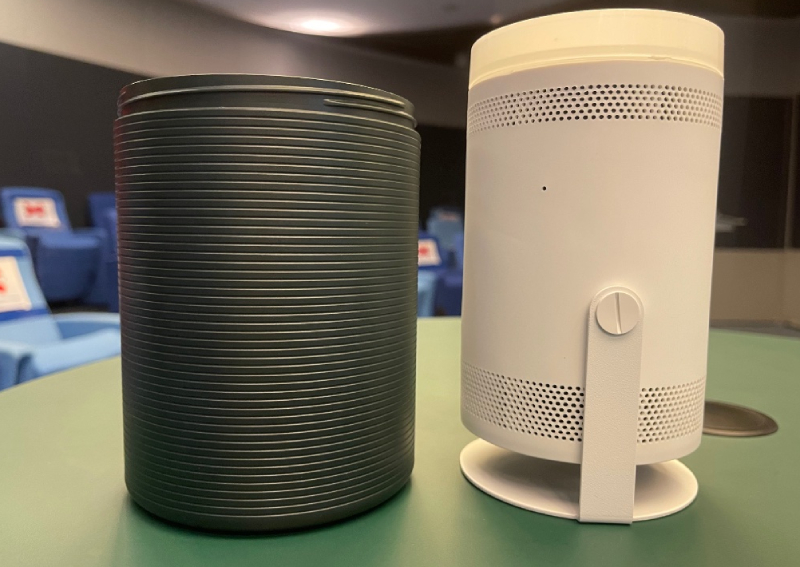 The Freestyle can also be used outside if you have an external battery that can support it.

Samsung will ship its own external battery but using one from a third party can be more difficult as The Freestyle is only compatible with external batteries and power banks that support USB-PD and can deliver an output of 65W/20V or above. 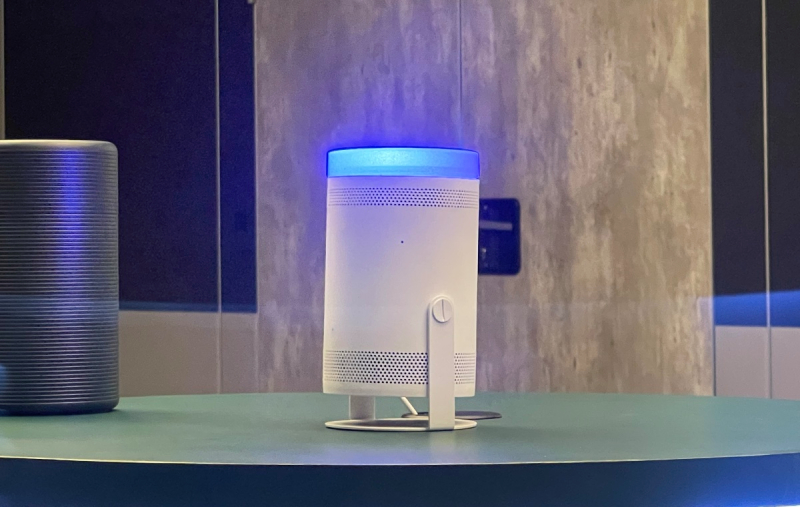 The external battery isn't the only accessory that Samsung will be bringing for The Freestyle. There is an add on lens cap that can match with The Freestyle's Ambient Mode to display mood lighting. 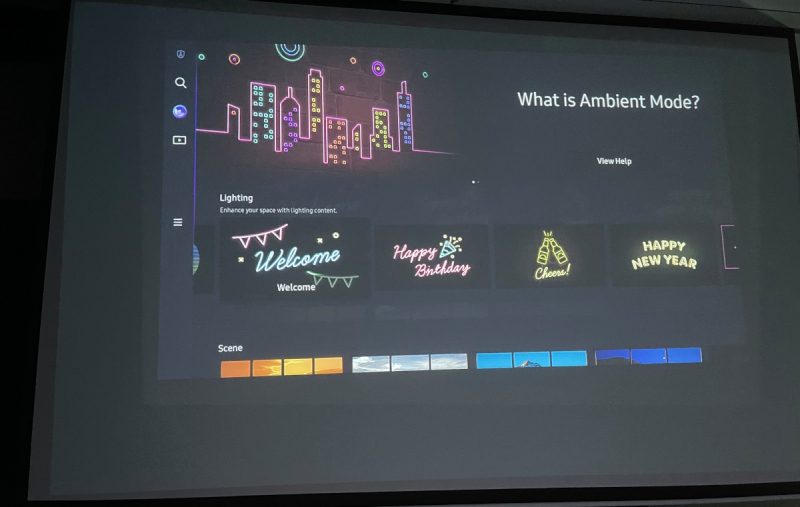 The Ambient and Cinegraph modes are also why Samsung says that The Freestyle is more than a projector that only projects content. Like Samsung's The Frame, The Freestyle can project content like animated wallpapers, pictures, and messages. 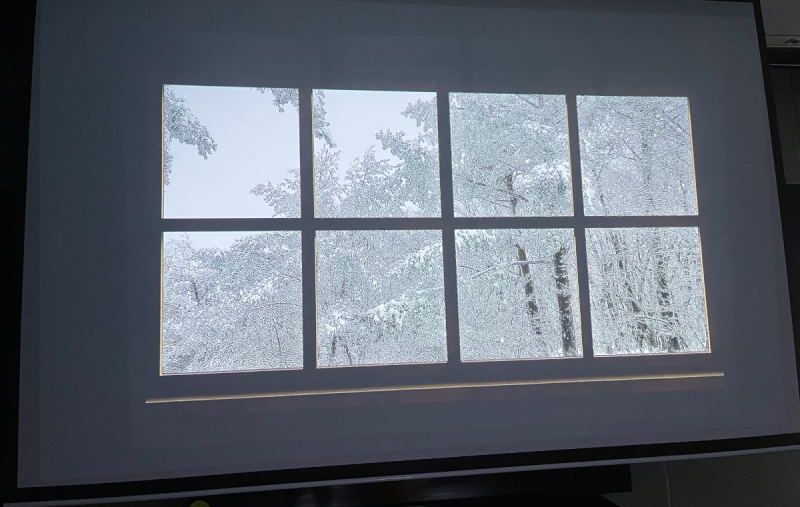 Even though the unit we experienced wasn't the final item (it was a pre-production unit), we were impressed by the picture quality.

Being in a dark room certainly helps, but the pictures it projected were sharp and bright. The speakers were impressively loud and exhibit noticeable distortion at high volumes, but the bass could be better.

Fortunately, Samsung told us that it expects the final version to have significantly better sound quality. 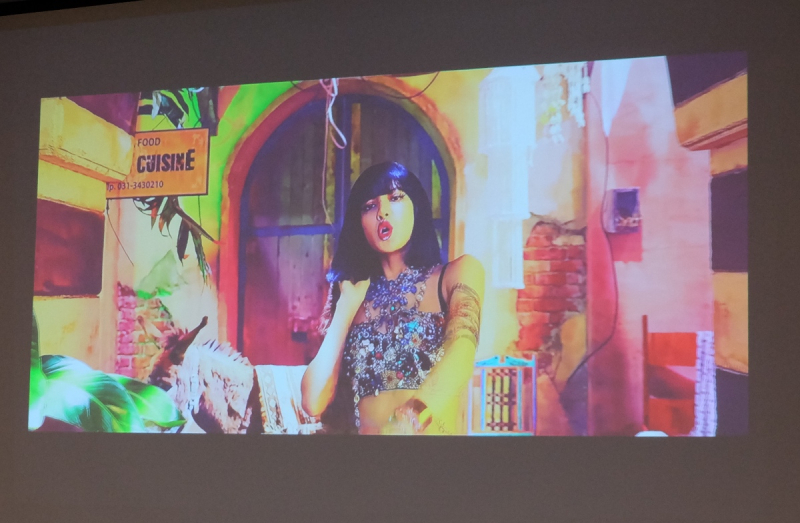 Local pricing and availability of The Freestyle have yet to be released. We reached out to Samsung but all they would say is that there is an online site for registration of interest.

We will update this article when we receive more information.