Grace, a talking robot with a model's face, is a child of Covid-19 The Hong Kong-based team behind the lifelike robot Sophia has launched a new model that promises to revolutionise the health care industry.

Grace is a robotic assistant for elderly care that is designed to mimic and learn from the person she interacts with, according to Ben Goertzel, an expert in artificial intelligence.

That self-learning process can customise future conversations, which in turn can help Grace to bond with the user and detect early signs of dementia from their reaction patterns.

American robotics designer David Hanson, who built Sophia with Goertzel, says they have been looking at applications in health care for a long time but the Covid-19 pandemic has been “a catalyst”. 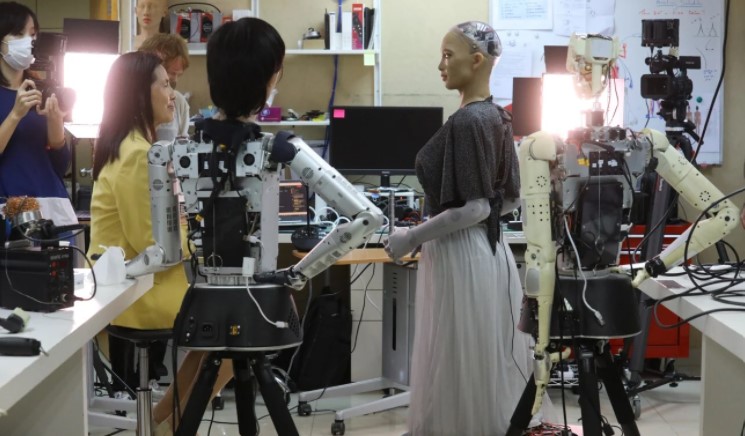 “It pushed us to prioritise elderly care,” Hanson says. “We believe humanoid robots can reshape the medical industry.”

Driven by that belief they have set up a new joint venture, Awakening Health, to promote Grace and its commercialisation.

For now that remains a vision, as Grace is yet to be built. At the launch event this week at their Tsuen Wan office, the robotic assistant was nowhere to be seen.

Instead the small laboratory was crammed with artificial human heads (female and male, Caucasian and Asian, happy and angry) filled with wires and circuit boards.

Perplexed guests only caught a glimpse of Grace, designed with a Eurasian face that looks like model and actress Angelababy, in a slide presentation.

They met her “older sister” Sophia, who has been making international headlines since 2016, when she was unveiled. She gave a speech at the United Nations and was the first robot to be granted Saudi Arabian citizenship a year later.

But critics have pointed out that she is not as intelligent as she appears to be and, having reviewed her open-source code, that Sophia is no more than a chatbot with a face. 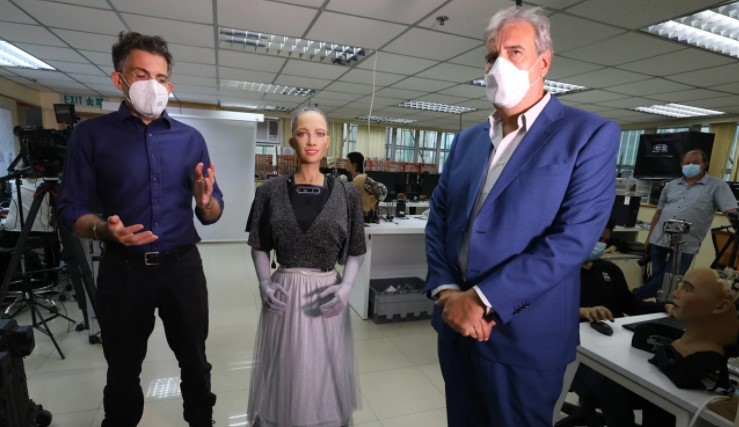 Sophia, which is “version 1.0” of Grace according to Hanson, showed how Grace can take care of people during the event.

Arriving in front of a “patient” on wheels, Sophia starts their conversation with “Good morning. How are you feeling today?”, which is followed by chatting, with questions such as, “Who is your best friend?”

Meanwhile, a special sensor on her chest will detect the patient’s temperature and the data will be automatically sent to her health care provider, Hanson said. 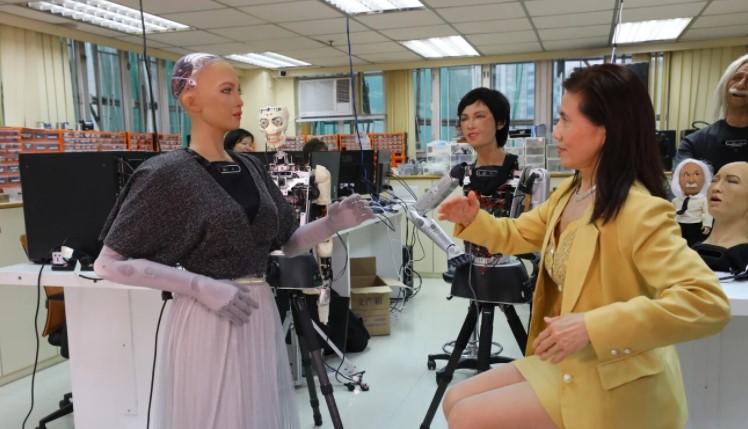 The five-minute demonstration may be impressive for a robot, but the long pauses between dialogue and random/abrupt questions asked makes the experience far from ideal for bond building or actual human interaction.

According to his presentation, clinical trials show that Sophia can help lower blood pressure, decrease heart rate and improve patients’ sense of well-being in depression therapy.

The use of robots and digital assistants in elderly health care is not new. Japan has already introduced robotic care for the elderly, and in China, there are smart care systems that offer elderly round-the-clock assistance, from access to telemedicine to meal deliveries.

Health Awakening plans to conduct full product tests with Grace within six months and officially release the product for mass production within a year, Hanson says.

With benefits of social distancing during the ongoing pandemic in mind, Hanson says Grace’s adoption will help save more lives. But if Grace can eventually be commercialised, it would likely be after the pandemic.

“Now the technology is mature, so we are seeking to reduce the size and cost of the robots for mass production,” Hanson says. “We are also going to launch the Mandarin version.”