Non-fungible tokens (NFTs) have invaded the gaming space. It seems like every few days, a game publisher or developer will try and get into the NFT space. For example, Konami’s Castlevania auction, Neopets, and Square Enix.

It’s easy to get the impression that, for better or for worse, NFTs could end up being a prominent part of video games in the future. 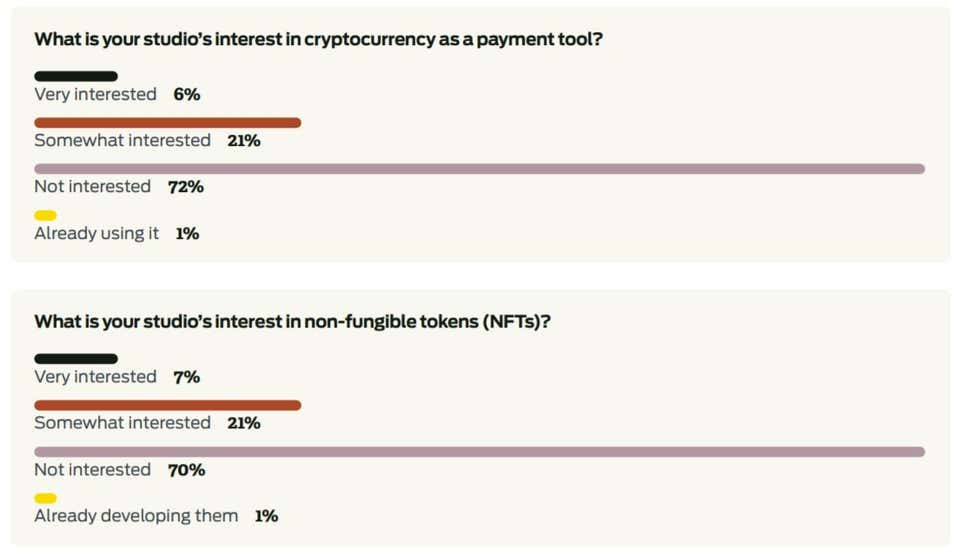 Thus, it is heartening to see what creators and developers really feel about this nascent technology in an industry survey conducted by the Game Developers Conference (GDC) organisers. The survey, titled State Of The Game Industry 2022, includes two questions asking developers about their interest in cryptocurrency and a payment tool, and interest in NFTs in general.

“Why do we need them? What benefit does it have putting these systems into our games? Who is using these things? It feels like a very small audience. And also, these technologies are still not using sustainable energy and are a target for money laundering. As a developer I feel deeply uncomfortable that there is a push for these. It feels entirely fueled by greed for more money because we read stories about crypto millionaires, when in reality all of it is extremely unstable and unethical.”

“They’re going to drive a wedge right in the heart of this industry. It’s going to become really clear what folks’ motivations are, and it’s not going to be pretty.”

While there are apologists who believe that NFTs are the next big thing, it is clear that as far as the creators and developers go, they are in the minority. Of course, even if that is the general sentiment, it is not certain that there won’t be a push to further implement the technology into video games going forward.

For those who are unfamiliar with the confusing world of NFTs, we have a primer that will catch you up to speed.