'Didn't expect people to be so hardcore': Creator of SafeEntry-themed game reacts to Reddit fame, reveals if there will be a sequel Imagine being paid to sit at a table and let people into a mall all day. Sounds simple enough, right? Apparently not.

A software engineer proved this with a game in which players are SafeEntry staff tasked with verifying shoppers' check-in passes.

On Friday (Nov 19), Baron Chan, 28, shared the game in a Reddit thread, which quickly garnered traction, with over 1,600 upvotes at the time of writing.

How the game works

The game is called Scan, Please! and has two modes, Story and Endless Arcade.

The first is a "disguised tutorial" which Chan recommends for beginner players while Endless Arcade mode is simply a more advanced version where players strive to beat their friend's high score.

Players have to verify if shoppers have done their SafeEntry check-in correctly and are adhering to safe management measures before granting them entry into the mall. 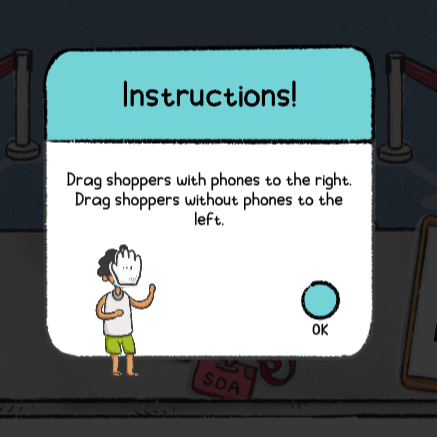 As the game progresses, players have to be more alert, making sure shoppers are wearing their masks or showing the correct SafeEntry pass, including the date and location.

Chan told AsiaOne that the game currently comprises eight short levels as "they're only meant to introduce short mechanics".

"They also tell a little story about the ever-changing Covid-19 rules, and give us the perspective of those who have to enforce the rules," he added.

How it came about

Although Chan did the design and development, the game art was by his colleague, Ong Yu Jing, 26, who is a user interface and experience designer.

He also shared that they took five days to complete the game and that he "didn't expect people to be so hardcore" about it on Reddit.

The duo originally created Scan, Please! for Heritage Game Jam 2021, an online event for game creators and designers to talk about Singapore's culture and heritage through digital play. 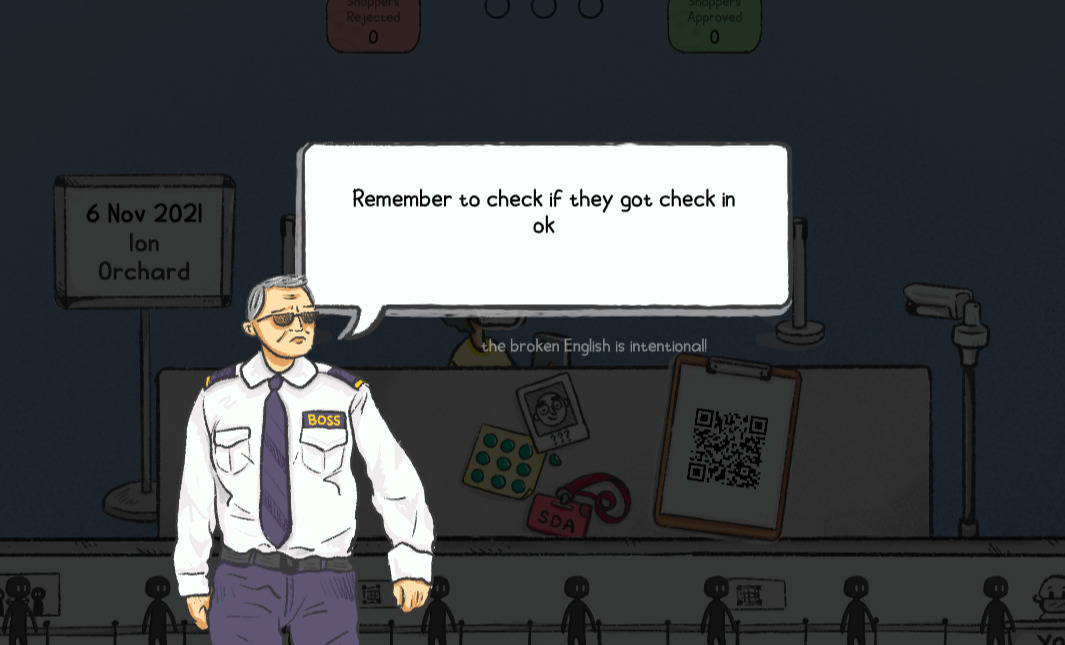 Following the theme of this year's event, Everyday Heroes, Chan and Ong decided to base the game on the digital check-in system.

"There are many people that come to mind, like parcel and food delivery drivers but one of the more overlooked people are the ones who have to sit in front of malls to verify SafeEntry.

"Without them, we'll be forced to use the wonky SafeEntry scanning machines that don't work properly most of the time," said Chan.

Potential for a sequel?

Netizens have already started offering creative ideas and suggestions for variations of the game.

One user commented: "The sequel should be an ICA officer at Changi Airport processing inbound passengers based on ever-changing VTL rules. Then you can end up with a Covid-19 version of Papers, Please game [sic]."

A user suggested implementing a quota system or in-game dialogue to "tease out some social commentary and add some funny zingers by interacting with many different types of Singaporeans".

Unfortunately, it seems like the game won't be getting any major upgrades for the time being.

"I'll be turning my attention back to the rhythm game I've been making over a long time. Don't really have much time after work to do multiple things, plus age is catching up on me," said Chan.

However, he could be making some small adjustments to the difficulty of Endless Arcade mode and "maybe an easter egg or two" so let's keep our fingers crossed!