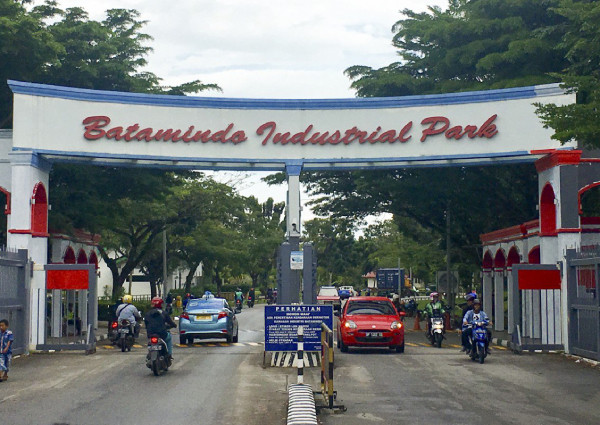 Within the coming months, Pegatron Corporation, one of Apple's biggest suppliers, will open its first factory in Batam, Indonesia, as part of the Taiwanese electronics maker's effort to insulate itself from the impact of the US-China trade war.

The US$40 million (S$541. million) project, which will help diversify some of its manufacturing away from China, is expected to make wireless chips and semiconductors for routers across some 9,000 square metres (97,000 sq ft) of floor space in the 320 hectare (790 acre) Batamindo Industrial Park on the Indonesian island, which is the closest part of Indonesia to Singapore.

At the same time, Pegatron is also expanding its partnership with Indonesia's electronics maker, PT Sat Nusapersada Tbk, with plans to lease more production floor space from the Indonesian company's newest factory complex that will be completed at the end of this year, said PT Sat Nusapersada Tbk executives in Batam.

Even with Chinese President Xi Jinping expected to meet US counterpart Donald Trump this weekend on the sidelines of the G20 summit in Japan with hopes of at least a trade-war truce, repercussions from the strained bilateral relations continue to bite the global economy, disrupting supply chains and clouding prospects.

US President Trump has threatened to impose 25 per cent tariffs on an additional US$300 billion worth of Chinese goods - essentially all remaining imports into the US - on top of the US$250 billion already subject to 25 per cent duties.

"Any uncertainty will affect enterprises, not just Taiwanese ones. A production line requires many years to set up; enterprises need to consider the medium-term implications," said Lu Jiun-wei, deputy researcher at the Taiwan Institute of Economic Research (TIER).

That consideration, Lu said, also factored in whether Republican Trump would be elected for a second term as US president in 2020, as well as the Democrats' possible return to power.

The latter does not assure that the approach and policy adopted by the previous Obama administration would be reinstated, which means "enterprises will have to make adjustments" such as shifting their supply chains, he said. 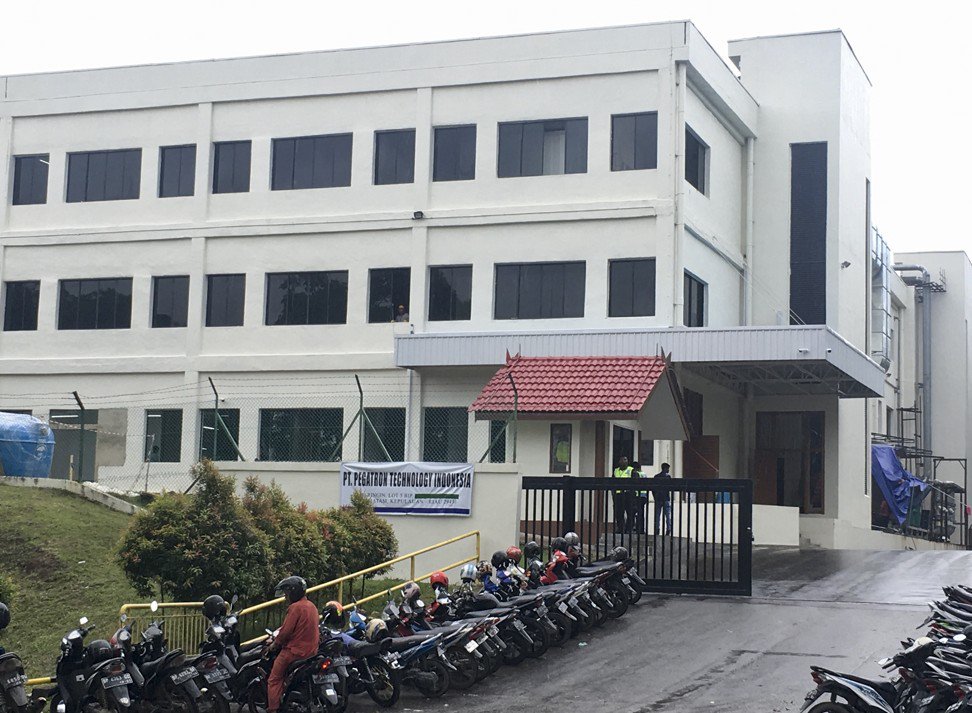 China's exports to the US and the volume of American goods and services it has imported in the first four months of 2019, based on either Chinese government or US official data, have shrunk compared with the same time last year.

China said exports fell by 9.9 per cent to US$122.44 billion in the first four months of 2019, while US data showed a steeper 12.6 per cent decline in the value of goods it bought from the mainland.

By contrast, US imports from with Southeast Asian nations including the likes of Indonesia and Vietnam have increased to partly fill the gap, albeit accounting for just a fraction of China's volume. During the same four-month period at the start of 2019, Vietnam's exports to the US have risen nearly 38 per cent to US$20.69 billion, according to the US Census Bureau.

Multinational as well as Chinese companies have begun to shift their manufacturing out of China to Vietnam and other Southeast Asian countries to avoid the impact from the 25 per cent tariffs, which were increased in May from the 10 per cent imposed on US$200 billion of Chinese imports in September 2018.

But the stress on Vietnam from the influx of investors in recent years is also starting to show as land costs have risen and the availability of skilled workers and facilities is beginning to dry, forcing companies to look at other options.

Batam, the 415 sq km free-trade zone that is just 30km south of Singapore, is taking advantage of the current climate of global trade tensions to arrest its own slowing growth suffered in the past few years.

Backed by the Indonesian central government, it is revving up efforts to draw new investments, repositioning itself as an alternative manufacturing and shipping hub.

"The opportunity [for Indonesia and the company] has arrived," said Abidin Fan, president director of PT Sat Nusapersada Tbk.

Company executives said orders had risen by as much as 30 per cent over the past year for the electronics maker, which manufactures, tests and assemble products for customers also including Xiaomi, Cisco, Sony, Sharp, Acer as well as Pegatron.

It also assembles smartphones for Huawei, although the latest batch of orders has been pushed back after Google withdrew Android support.

Technology has always been at the centre of the trade war, but it has also taken a life of its own in the form of a tech cold war between the world's two largest economies.

As trade protectionism and tensions escalate, PT Sat Nusapersada Tbk's operational director Bidin Yusuf will be meeting with officials from the Indonesian central government and the US embassy this week in Jakarta to discuss the business opportunities that have risen for Batam and the Southeast Asian nation as a whole.

The Batam Development Authority is in Osaka this week at the same time as the G20 summit to push Batam as an investment destination and to draw foreign investments, which have seen choppy growth in the past few years.

New actual foreign investments into the island in the first half of 2018 are barely half the US$452.86 million recorded for the whole of 2017, according to official data, as the local government struggled to arrest the economic slowdown.

Manufacturing makes up for more than half of the local economy, of which almost 50 per cent is in electronics, said Ferdiana Sumiatony, a spokeswoman for the Batam Development Authority.

Sumiatony said the bulk of that electronics manufacturing involves low-end technology and less than 10 per cent is in the advanced technology space, even though both the local and central governments aspire for the industry to move up the value chain.

This current ratio makes Pegatron's expansion to Batam even more of a bright spark, triggering speculation that the Taiwanese company could bring Apple's business to Indonesia, which over the longer term could help upgrade Indonesia's manufacturing industry. 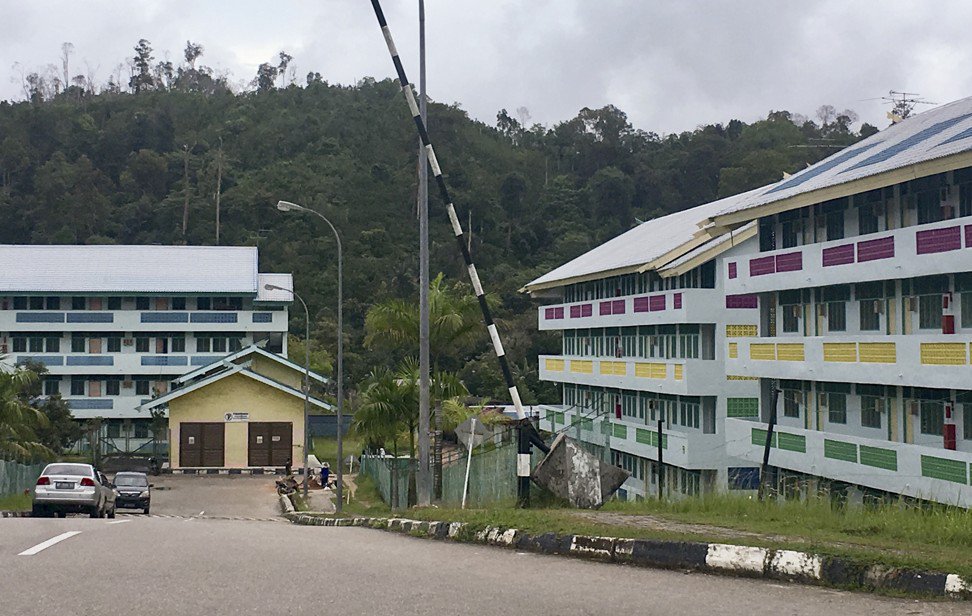 Apple is reportedly requesting its suppliers to consider producing smartphones outside China as sales in the Chinese market tumble and the US technology ban and tariffs complicate the business landscape.

A Pegatron spokeswoman in Taipei said the company began to shift "a small portion of their production" to Batam last year amid the "global trade tensions", but that "mainland China is still the main manufacturing area".

She said that the Batam plant would produce "communications-related products" without giving specific details, while also confirming that other Asian countries, including Vietnam and India, were also being considered.

The trade war may have disrupted global supply chains, resulting in companies reducing or moving their manufacturing bases from China, but the extent and scale of the trend remains unclear, said PwC's China tax partner Rebecca Wong.

"The trade war can't be the one singular reason for companies to shift [their operations]," Wong said. "Moving elsewhere can also be a potential failure. Tariffs are an additional factor to consider when making the decision."

Others factors include the origins and procurement of raw materials, the quality of logistics and the availability of quality skilled workers, she added.

More critically, companies and factories are likely to move when that shift is led by the primary manufacturer within the manufacturing ecosystem of the industry or range of products, said Wong and TIER's Lu.

"When the main factory leaves, satellite factories will follow," he said. "And this trend is growing."

Such would be the case if Apple requests its biggest suppliers, or primary manufacturers, to consider shifting their manufacturing out of China.

Lu said the push and pull factors also included China's support and subsidies for state firms, maintaining an uneven playing field for foreign and domestic non-state owned companies - another core sticking issue in the trade talks with the US.

In addition to Pegatron, Britain-based Volex, which makes and supplies power cords and cables for electronic products, planned to expand its investment in Batam by moving operations from China's eastern city of Suzhou to the island, according to the Batam Development Authority, which would involve a first-phase commitment of US$18 million.