Screengrab/YouTube via First We Feast

Everyone knows better than to mess with staple Malaysian dishes, especially considering what happened the last time someone messed up basic fried rice.

So what happened when an ang moh cooks up his version of the beloved street-side Ramly burger?

In fact, it's so legit, even Singaporeans in the comment section of his video are crying over the currently-closed borders between Malaysia and Singapore that's stopping them from grabbing a bite of the highly touted burger.

The ang moh behind this amazing feat is none other than George Motz.

For the uninitiated, Motz is an Emmy-Award winning filmmaker and a food author with a penchant for anything related to burgers. In a way, you could call him the Yoda of burgers.

His video, uploaded onto YouTube just yesterday (Oct 26), features the same hot plate set up you'd usually see at pasar malams, albeit on a much smaller scale. Motz even has a giant bottle of maggi seasoning sitting among his ingredients.

Speaking of ingredients, Motz also went the extra mile to grab similar ingredients to what we know makes up the quintessential Ramly burger, and by that, we mean he sourced the cheapest, most unidentifiable, industrially-produced buns and margarine possible.

"A friend of mine, he's Malaysian, Tyson Ho. He told me that if you're using really great ingredients, you just didn't get it right," he shrugs nonchalantly at the camera.

Perhaps with that acknowledgement, netizens could forgive him for using a proper wad of minced beef instead of cheap processed beef patties for his burger. 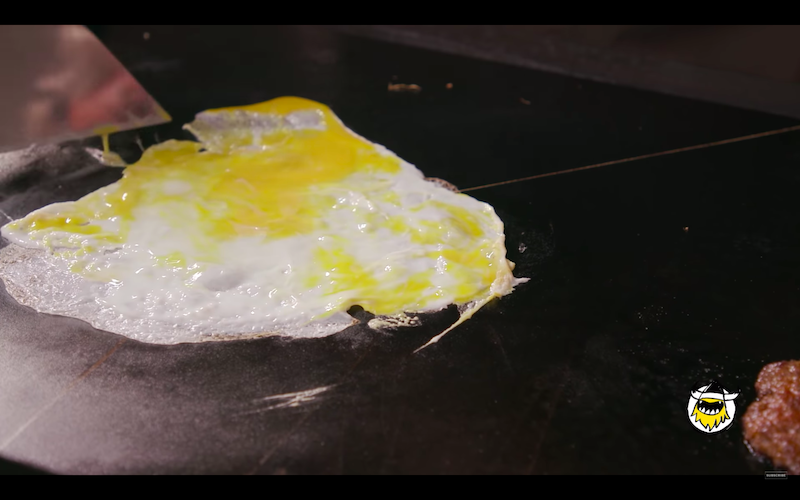 Once the buns are toasted and the beef seasoned and cooked, he sets those aside for the most crucial part of the burger — the egg wrap.

It takes a couple of attempts before he's able to get the egg to spread just right. Then, he stacks a slice of American cheese and the beef from before on top of it. 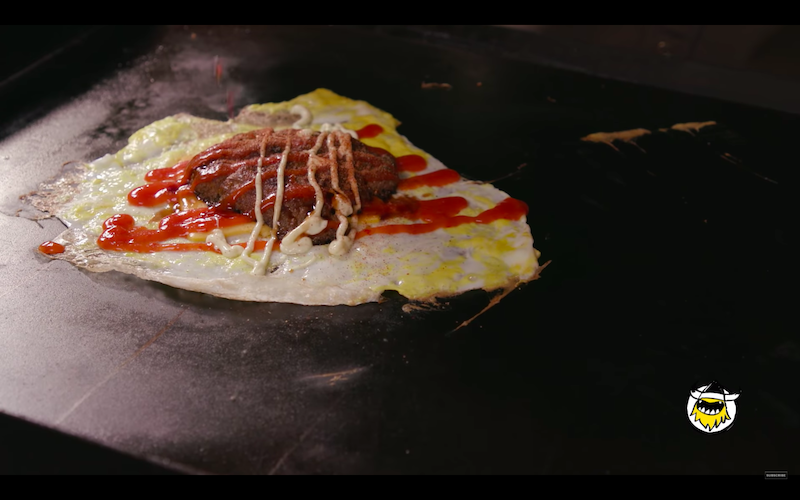 Perhaps the most exciting part of the video for many viewers — Motz then takes a bottle of chilli sauce, none of that chilli jam Jamie Oliver used, and douses a healthy amount onto his patty, followed by kewpie mayo, maggi sauce, more of his beef seasoning and Worcestershire sauce.

The egg is then folded, the wrapped patty loaded onto the toasted bun and dressed with even more chilli sauce.

The final result looks rather plain and simple but Malaysian netizens knew he had nailed it perfectly. 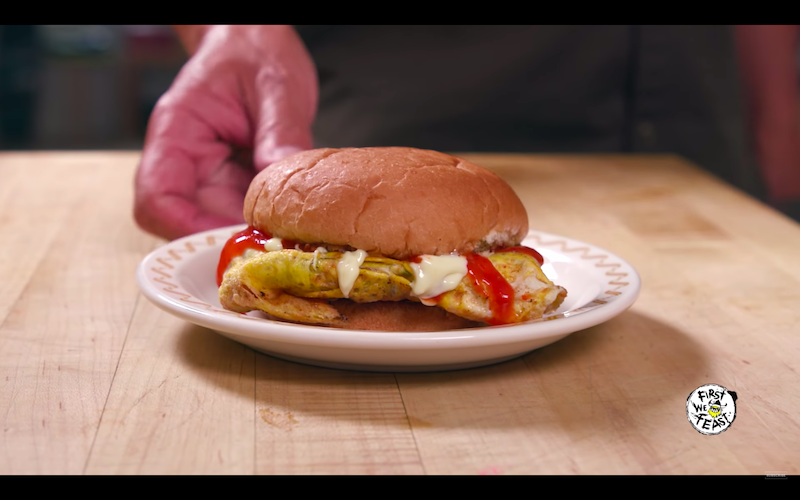 And clearly, so did Motz, if his grunts of pleasure (mixed with gasps of pain from the spice) were anything to go by. Without much further commentary, the burger was gone.

All that's left was the sound of Malaysians cheering. 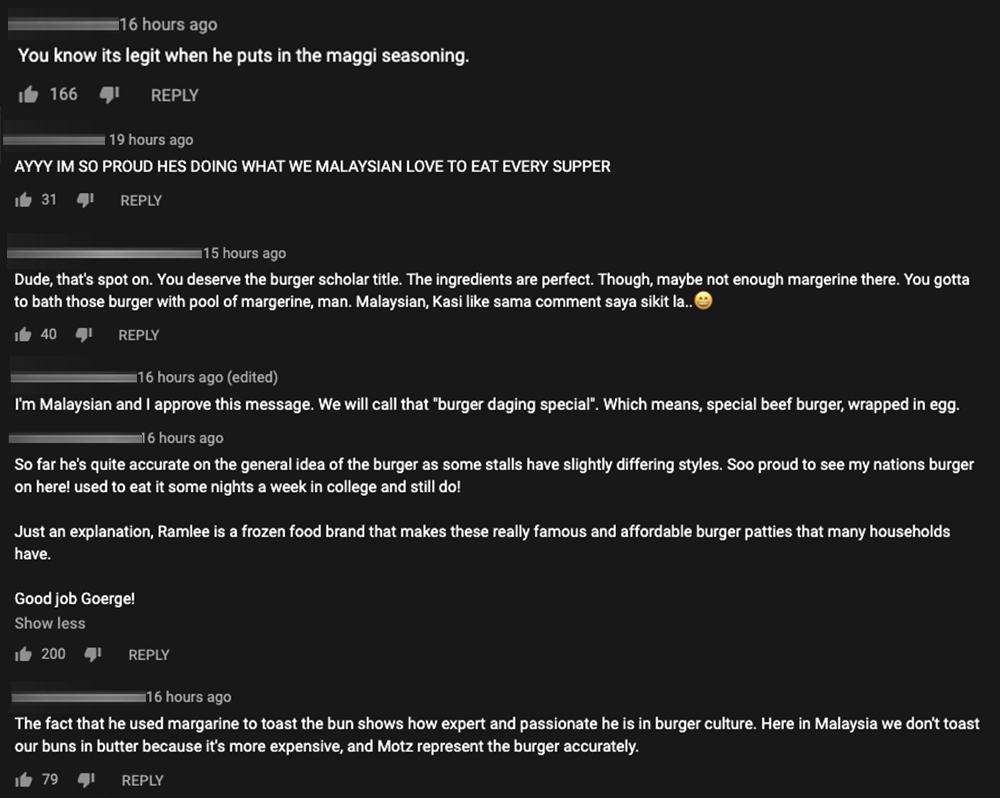